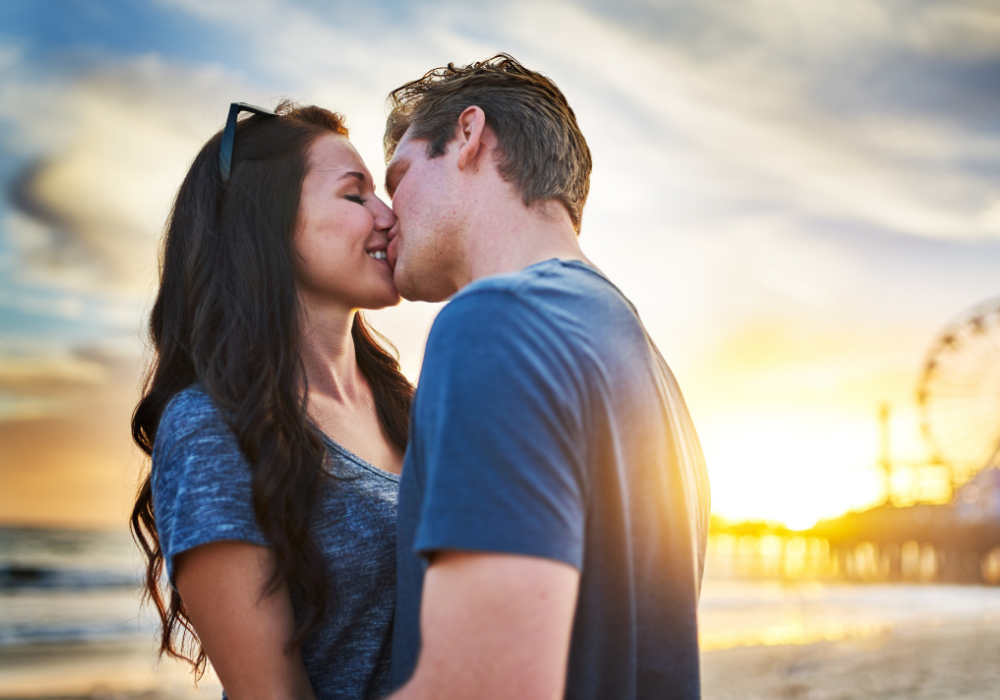 What attracts a man to a woman emotionally?

Scientists have yet to uncover a definitive, formulaic answer.

After all, everyone is different, and people are drawn to disparate things.

But over centuries, women have perfected the art of seduction — and it works on many of the male persuasion.

And to be clear, seduction needn’t be sexual.

So today, we’re giving a free lesson on how to create an emotional bond with a man to forge a deeper intimacy.

What Is Emotional Attraction?

Sure, most couples are physically attracted to one another.

However, developing an emotional bond is necessary if you want the guy you’re dating to fall in love.

What elements contribute to emotional compatibility?

What Triggers Emotional Attraction in a Man? 19 Ways to Stoke His Bond with You

There’s a man in your life, and you’d like to grow closer.

You’re physically attracted to one another, but you’re looking to increase the emotional connection.

To that end, we’ve curated this list of tips to help you build a strong foundation for a deep emotional connection with a man.

Humans like touch, and it’s an effective way to establish a romantic rapport with another individual.

We’re not suggesting you start groping folks, but a light touch on the arm or leg lets someone know you’re drawn to them.

Don’t overdo it, though. Too much petting can read as coquettish, which — right or wrong — is rarely appreciated.

It’s nice to be complimented — and men especially love it. They may act as if they don’t care, but underneath those stoic exteriors, men love to be told that they’re wonderful, capable, brilliant human beings — just like the rest of us.

So tell your man about himself. Praise him. Build up his confidence.

He’ll appreciate the attention. However, try not to come off as phony. If he suspects you’re being disingenuous, it could leave a bad taste in his mouth.

3. Be a Bit Unattainable

It rarely hurts to play hard to get.

Some people may consider that old-fashioned advice — and they’re probably right. Nevertheless, it still works. Because there are still many men out there who like to chase ladies and prefer not to have serious relationships with “loose women.”

All that said, in the words of Bob Dylan, “the times they are a-changin’.”

It’s becoming increasingly acceptable for women to be open about their love, enjoyment, and appreciation of sex. So if you’re the type of lady who enjoys adult intimacy, don’t worry; there are partners out there for you, too.

But beyond the question of sex, it’s good to be unavailable sometimes. Don’t pick up the phone on the first ring. Sometimes, let it go to voicemail. You also don’t need to respond to his texts right away. Intriguingly aloof is better than an eager beaver.

4. Go Beyond the Physical

Good sex is great. But if you want a serious, long-term relationship, getting beyond the physical is imperative. The goal is to build an emotional bond, which requires breaking down the facade.

We fall deeply in love with partners who let us be ourselves — faults and all. Please don’t read that wrong. We’re not suggesting you hook up with someone who treats you poorly.

However, we all “perform” on some level, whether at work or in social circles. Yet we form emotional bonds with people around whom we can let down our guard.

5. Commit To Your Partnership

If you want him to become more emotionally invested in the relationship, you may have to show him how. Make it clear that you’re only dating him.

Open up to him in the ways you want him to open up. Be the change you wish to see in the relationship.

6. Talk To Him About Real Things

Growing closer will be difficult if you only talk about surface-level topics. Forging emotional bonds means discussing feelings, your history, and the world around us.

What are his true dreams? How does he feel about faith and belief? What are his insecurities? Do they align with yours? Drill down to the bone.

7. Take an Interest in His Hobbies

Don’t become someone you’re not to please a guy. However, if he has hobbies you could see yourself enjoying, dip your toe in. Many women have discovered passions thanks to their boyfriends and husbands.

Who knows, there may be a rabid hockey fan lurking inside you — or maybe a model airplane enthusiast.

Whatever the case, enjoy it with your man. Make it a feature of your relationship.

Humans tend to prefer thoughtful people. So while it’s perfectly acceptable to prioritize your needs at times, if you want to create a deep bond with your man, take note of — and attend to — his needs.

We’re not suggesting you follow him around like a puppy dog and clean up all his messes. But let him know he’s important in your life through thoughtful acts.

9. Be a Great Listener

Being a great listener is a valuable life skill — professionally and personally. When you pay attention to people, you can devise the best solutions and make authentic connections.

Plus, it’s nice when folks remember things about you — but not in a creepy way.

Clinginess is never, ever a good look. The overwhelming majority of men find it highly irritating and will quickly dump women they feel are “too needy.” We’re not commenting on whether that’s right or wrong; we’re just telling you how it is.

So while it might sound counterproductive, it’s smart to give a guy space to build emotional attraction.

He doesn’t need to know everything about you within a week of dating — not even within a month.

Keep your cards close to your chest until you truly get to know him. Doing so will save you heartaches, plus guys appreciate women who are a bit standoffish at first.

Don’t be unapproachable, but don’t be an immediate open book either. Males enjoy the challenge of “getting things out of you.”

What’s the first rule of Romance Club? Attraction is a complex mystery.

So if a guy is lukewarm about you, instead of trying to force an emotional bond, just find someone new who digs your energy.

There are few things sexier than a confident woman who can take care of herself.

So if you want a guy to grow more interested in who you are and what you’re about, show him you don’t need him. It’s a part of playing “hard to get.” But you’ll also feel better about yourself — and less likely to bother with men who don’t deserve you.

14. Be Strategically Open and Vulnerable

While you don’t want to be too open too soon, you also want to let him know that you’re willing to share secrets. Guys like to feel trusted.

This tactic serves two purposes. Firstly, it builds rapport. Secondly, it signals to your partner that he can be vulnerable around you.

Dr. Gary Chapman’s “The 5 Love Languages: The Secret to Love that Lasts” outlines five categories of ways people express their love and affection:

Figure out which one your man gravitates toward and use it. If he likes quality time, plan a night in for the two of you. If he’s a gift-giver, get him something special. It needn’t be expensive or elaborate — just thoughtful. Whatever the case, cater to his love language.

16. Be Authentic and Let Him Know the Real You

Pretending to be someone you’re not seldom works in the long run. Eventually, your true self will reveal itself. And if it never does, you’ll be miserable on the inside — which is no way to live.

Of course, notable exceptions to the rule exist, but people usually do best with people that make “practical” sense.

Folks like to say that opposites attract, but the truth is that most couples have a lot in common. It’s human nature to feel most comfortable around those with similar traits and upbringings.

We’re not suggesting you only date people of the same race, religion, class, or ethnicity — but things can go smoother when you have complementary worldviews and personalities.

It’s easier to fall for kind people. Sure, everyone has ups and downs — and it’s OK to be negative or upset at times.

But if you’re constantly bad-mouthing other people, you inadvertently may be making it difficult for your man to bloom emotionally. After all, he probably doesn’t want to be judged either.

You cannot show up for other people if you don’t care for yourself. So if you want to be the type of person who inspires emotional connection, practicing self-care is a must. Pamper and prioritize your mind, body, and soul.

Questions About an Emotional Connection With a Man

You’re interested in how to build emotional intimacy with a man. What will make him fall madly in love with you on more than a sexual level?

It depends on the people involved. However, there are a few things to consider if you’re on a quest to transform your relationship from casual to serious.

How do men develop emotional attraction?

Men develop emotional attraction the same as women; however, it may take them a bit longer — and there’s a biological reason for that.

How do you know if a man is emotionally attracted to you?

If a man is emotionally attracted to you, he’ll want to spend time with you. The relationship will grow beyond lust, and you’ll lean on each other during good times and bad.

Someone who appreciates you for you will care about your goals, feelings, and comfort.

What are the emotional attraction triggers?

Both parties fall fast and hard for each other — like they’ve known one another before. Other times, however, you must work at building an emotional bond with your partner.

Establishing a close, serious relationship with someone requires forging an emotional bond. After all, lust only lasts for so long. Solid relationships are built on genuine care.