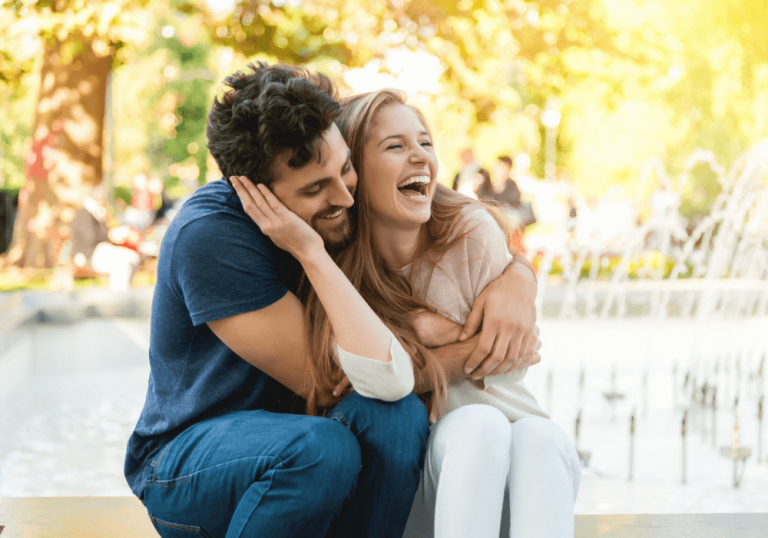 What are you looking for in a partner?

It’s a common question, but a firm answer eludes most folks.

Have you ever had the opportunity to meet with a professional matchmaker?

On the surface, it may sound like an outdated, old-fashion practice — and in some ways it is — but there’s also wisdom to be mined from the ancient art of partnership.

So today, in honor of the world’s professional cupids, we’re exploring 21 things to consider when determining what to look for in a romantic partner.

What Do You Want in a Relationship?

What do you seek in a relationship? Sure, attraction matters — but it’s not the only factor.

Nor is it the foundation of most successful relationships that stand the test of time.

21 Things to Consider When Answering “What Are You Looking For in a Relationship?”

Today, we’re focusing on serious relationships where marriage is the ultimate goal. After all, people who prefer easygoing “situationships” aren’t looking for the same things as folks scouring the marriage market.

But before diving into our list of “what to want in a relationship,” understand that none of these points is a deal-breaker.

These aren’t hard-and-fast rules — they’re suggestions based on general trends.

Life is beyond complicated, and sometimes soul mates don’t tick all the proverbial boxes. So use it as a guide, not a manifesto.

Relationships based solely on attraction don’t have what it takes to go the extra mile. They’re superficial and almost always crumble at the first fade of lust. On the flip side, attraction and chemistry, on some level, are a must for a relationship to work!

Some folks bond physically; others are excited by their partners’ minds. Details differ for every successful couple, but they all enjoy a sense of mutual magnetism with their significant others.

Let’s get right to the gut of things: food matters — on several levels!

Sure, sushi lovers can have serious, long-lasting relationships with people who wouldn’t let raw fish touch their taste buds for a million bucks. But it’s difficult for vegans to make it work with hyper-enthusiastic hunters who swear by all-meat menus.

Similarly, people who want to maintain religious dietary restrictions in their homes may not partner well with folks who don’t.

Laughter makes the world go round — and it’s frequently the glue that keeps a marriage together. You won’t always find the same things funny, but your humor styles should be on the same team.

To wit: if bathroom jokes leave you frigid, and your partner thinks they’re the height of humor, those poop-centric wisecracks will get really old quickly.

If you’re looking for a serious commitment, and the person you’re seeing is gunning for a casual, open relationship, it will never, ever work. And no, you cannot change them. Trying is a waste of time.

When people don’t have the same relationship goals or are at different points in their lives, forcing it to work is a futile exercise.

You don’t need to have or make the same amount of money as your partner, but sharing similar financial goals is a plus. When one party leans more materialistic, and the other wants to give away every penny earned, finding common ground will be a journey fraught with bitter disagreements.

Similarities in saving and spending styles also make for smoother relationship sailing. After all, arguments about finances rank among the top three reasons people get divorced.

For better or worse, in this contentious day in age, it’s challenging to build a lasting relationship with someone who firmly sits in the opposite political aisle. If neither of you cares all that much, it’s workable. But if you hold strong beliefs, bridging that gap may prove impossible.

Let’s say you only drink once every few months and don’t indulge in other drugs. Would a relationship with someone who imbibes daily and partakes of several vices work?

Probably not. In this day and age, smokers typically don’t do well with non-smokers.

Independent women typically don’t pair well with men who believe a lady’s place is in the home. The same goes for traditional women and men who are feminist allies.

If your activity level falls on the sloth end of the scale, pairing with an eager beaver who’s always on the go may be exhausting — and vice versa.

Couples that enjoy exercising stay together; so do ones that have perfected the art of home-bodying.

Relationships that involve a lot of push and pull over the rate and type of socialization usually end up on the cutting room floor. Couples don’t need to do everything together. In fact, time apart is healthy.

But if one person is a social butterfly and the other loathes being around other people, expect issues to arise eventually.

Do your dreams involve mansions, jewels, and exotic vacations? Would you be happy with someone who’d find contentment living out their lives at a tented campground?

Navigating materialism is difficult because we’re constantly bombarded with mixed messages. On the one hand, we’re not supposed to judge books or people by their covers; yet our culture is relentlessly status-conscious, and consumerism fuels our economy.

When looking for a long-term partner, try to find someone with the same level of material aspirations. It cuts down on the access points to Bickering Boulevard. Plus, shared goals bond couples.

We’re cautioned to avoid conversations about politics and religion in social settings. But when you’re dating someone and trying to determine their long-term potential, you’ll eventually need to broach the religion question if it doesn’t arise naturally.

The bottom line is simple: couples contemplating marriage must agree about raising any potential spawn with or without religion. Couples who wait until after “I dos” to discuss the issue may find themselves in sinking relationships.

75 Soulmate Tattoos That Are Decidedly Dope

Most people cite the “rule of seven” as the yardstick to determine if people are appropriately age-matched.

According to the formula, individuals should stick to partners who are no older or younger than half their age plus seven. For example, 40-year-old people shouldn’t date individuals younger than 27.

But research suggests the calculation is bunk. As a general rule of thumb, if you’re in your 20s, stick to someone within five years of you. When you reach your 30s, it’s fine to start dating people up to 10 years older — not younger.

It’s not a hard-and-fast rule, and plenty of May-December marriages have weathered the storm. But most people find the most happiness with people close in age.

The movies make long-distance relationships feel romantic, but they’re a pain in the tuchus to manage in real life.

Sure, things are easier these days with video calls but don’t underestimate the importance of physical connection — not just intimately but also on a quotidian basis.

Do you stick to self-challenges — or do you inevitably crumble within hours? Are you capable of doing things you don’t enjoy — day in and out — because you’re working toward a goal?

If you answered yes to these questions without hesitation, it might prove difficult for you to become seriously involved with someone who isn’t as disciplined.

You may notice that successful couples have similar inclinations toward generosity.

It’s a bonding experience when people in financially entangled relationships can easily decide how much they’ll donate, volunteer, and otherwise show a generosity of spirit.

When they’re on opposite ends of the spectrum, feelings of resentment and disrespect often bloom.

Risk tolerance is another item that infrequently lands on “what to look for in a partner” lists. But couples that fall near each other on the scale tend to have more staying power.

For example, it’s tough for non-gamblers to tolerate folks who are always on the hunt for a “little action.” Moreover, the ruinous consequences of a dramatic loss can irrevocably crush a relationship.

For better or worse, intelligence matters when vetting potential lifetime partners. If one person enjoys dissecting dense 19th-century prose, and the other person earnestly believes that Wheel of Fortune is high-brow television, conversations will putter, suffer, and peter out — on both ends.

However, with all that said, don’t overestimate your cerebral prowess. Because the studies are in, and the truth is that most of us are walking around believing we’re smarter, kinder, and better than we actually are.

So don’t immediately dismiss someone because they didn’t go to the right school, and don’t make assumptions about people’s intelligence based on superficial markers. And most importantly, don’t assume someone is “dumb” because they disagree with you!

Someone’s past needn’t determine their future. People who take giant missteps often find ways to turn things around. But if something about a person’s past clashes with your present, it may be challenging to overcome.

So when you’re considering features of your ideal partner, be honest with yourself. Is there something about your potential mate that you won’t be able to overcome?

Would you marry someone who wanted children and you didn’t? What about the reverse? Too often, people think they can change a potential partner’s mind on this front, but it rarely turns out well. Even if the unwilling party is happy at first when an unexpected child arrives, things often change, and resentment can rip apart the relationship.

Though inexplicable, always be on the lookout for the “magic” that makes two people fall for one another. Without it, a relationship can begin to feel like a passionless contract. Conversely, you could be walking on cloud nine for the rest of your life with it.

Of course, every rule has its exceptions. But these 21 considerations will help you better mold your concept of the ideal partner.