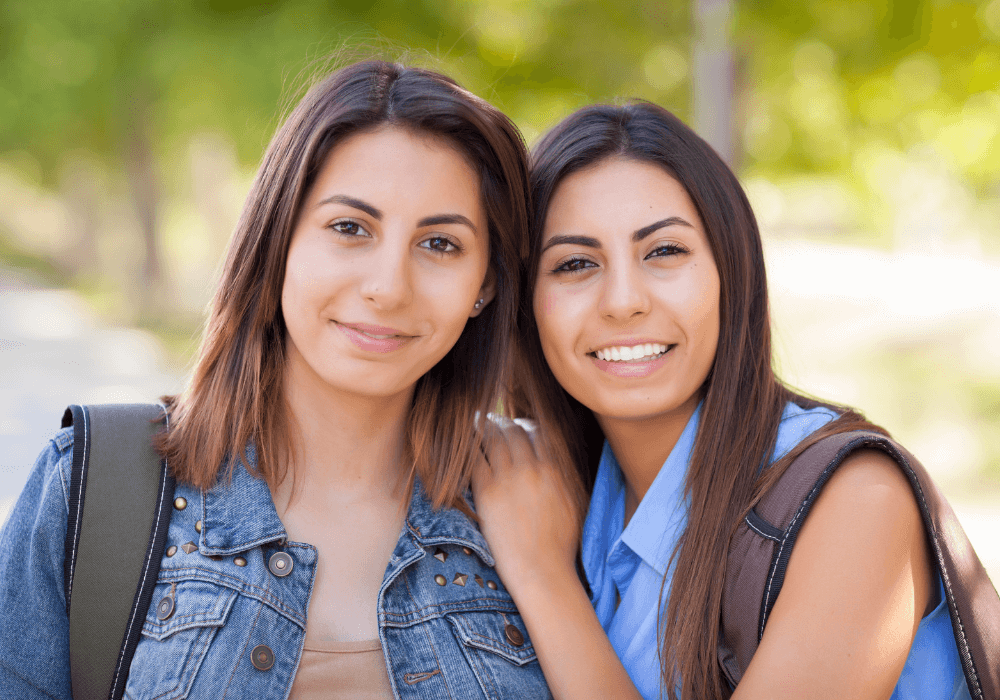 The difference between INFJ and INFP is not a huge one, but it does make a difference in how you relate to the world.

The goal for this post isn’t to compare the two in an INFJ vs. INFP showdown to see which one is better at life or at being in a relationship.

Both have their strengths and weaknesses.

After reading this post, we hope you’ll have a better sense of which of these MBTI types describes your personality better than any other.

Am I INFJ or INFP?

You want to know once and for all: Are you an INFP or INFJ?

You’ve got the first three letters nailed down:

But what about that last letter? And why should one letter make such a big difference in how someone interacts with the world outside their heads?

INFP vs. INFJ: All You Need to Know

How do you know if your personality type is INFP or INFJ if you relate to both of them? It can be challenging to identify which one you are, especially if your score on the J/P spectrum is close to the middle.

The following similarities and differences can help you see both types more clearly.

Similarities Between INFJ and INFP

Round up a group of INFJs and INFPs, and they’ll have the following in common:

Differences Between INFP and INFJ

The cognitive stacks for each type show their dominant driving influences and help explain the differences between them.

Thanks to their different drivers, you’ll see the most significant differences in the following five areas:

The INFJ is adept at empathizing with others because they can feel what others around them are feeling. Sometimes, they even confuse other people’s emotions for their own.

Not having personally experienced what another is feeling doesn’t limit their ability to empathize. Their tendency to absorb emotions adds to their own experience of them.

The INFP is more likely to look for common ground between another’s emotions and their own. They’ll often ask, “What would I feel if I were you?”

They’re less likely to absorb another’s feelings and more likely to mirror those they understand from personal experience.

The INFJ’s external drive for connection shows in their readiness to empathize and their desire to relate to others with experiences similar to their own.

They value solidarity and harmony and often put their own feelings on the back burner to reestablish harmony and connection among the people they care about.

The INFP seeks inward harmony and connection. They observe and analyze their feelings to cultivate a deeper understanding of them — which they can then draw from in their relationships with others.

While INFPs value harmony in their relationships, they value authenticity more.

The INFJ leads with introverted intuition, processing the information and taking in the perspectives of those around them. After due deliberation, they share their own view and come to a decision they’re unlikely to second-guess.

The INFP leads with introverted feeling, considering all possibilities and often becoming overwhelmed by all the perspectives and the possible impacts of each decision. They’ll try to feel their way to the best solution but often feel paralyzed by all the variables involved.

If they do come to a decision, it’s rarely a fixed one. They like to remain open to the possibility of a better way. And they often don’t know the right decision until they make one.

Appearance and Orderliness — “Put Together” (INFJ) vs. Creative Chaos (INFP)

The INFJ seeks external order and harmony, so their workspaces and living spaces tend to be neat, tidy, and organized. They would argue they think more clearly when their outer world is orderly and calming.

The INFP seeks internal harmony and order. Their external world doesn’t have to reflect that, and they’re more likely to have messy desks and messy homes.

It doesn’t translate into sloppy thinking, but their openness to all manner of information can make it difficult for them to prioritize tasks and ideas.

Their judging function is internalized or self-focused, so they’re less likely to judge others or to feel compelled to meet someone else’s expectations.

The INFP takes particular issue with those who attribute bad intentions to them, assuming they act a certain way because of a flawed character.

They’re fine (to a point) with being misunderstood because it adds to their sense of being unique. But they’re more likely to feel triggered by those who question their good intentions or their authenticity.

Maybe because their judging function is internalized, they’re more sensitive to feeling judged and invalidated by others.

The INFJ is less concerned with validation and more with protection. They do NOT like to feel vulnerable to attacks.

INFPs who’ve been hurt can be equally driven to protect themselves, but that protective drive results from a painful experience. What makes INFJs different is their tendency to scan their world for people who might hurt them even if they’ve never been hurt before.

Their self-protectiveness is innate and automatic — not something they learn.

Now that we’ve clarified the similarities and differences between the two types, it can’t hurt to tackle some frequently asked questions.

Which is better — INFJ or INFP?

Neither one is better than the other. But if you’re gravitating toward one or the other, you might consider it better for you.

And your partner, who’s laughing about the type descriptions in the background, might also think your designated type is the best. Or they might just think it suits you — in a good way.

In any case, no personality type is superior to any other. You have your strengths, and you have your challenges like any other human.

Do INFJs and INFPs get along?

INFJs and INFPs are compatible and would probably get along well. Both are introverted intuitives who care deeply about people and their personal values.

Their differences in decision-making, emotional triggers, and empathy don’t put them at odds. If anything, with a friendship already established, those differences are more likely to nurture a mutual appreciation for each other’s strengths.

Who is smarter — INFJ or INFP?

Just because the T in INFP is considered the “inferior” function in their cognitive stack doesn’t mean they’re less likely to be intelligent. The letters have to do with preferences, not ability.

What is the simplest way to explain the difference between INFJ and INFP?

If you’ve read all this and are still thinking, “I don’t know which one I am, and I honestly don’t know if I want to settle on either one,” there’s a good chance you’re an INFP.

The whole idea of putting themselves in a box just doesn’t sit well with this type. They like to remain open to other possibilities.

INFJs, on the other hand, like closure. They’re more likely to pick a side (or type) and stick with it because they hate feeling unsettled and living with a perpetual question mark overhead.

Where are you leaning?

Which type are you — INFJ or INFP?

Now that you know more about the differences between INFJ and INFP, which one feels like a better fit for your unique personality?

Knowing how that last letter impacts each type’s cognitive preferences and how those manifest can help you finally settle on the type that best describes you.

Ultimately, though, you might just have to go with your gut on this one. If you’re an INFJ, that should come easily.

In either case, you’ve got excellent company.