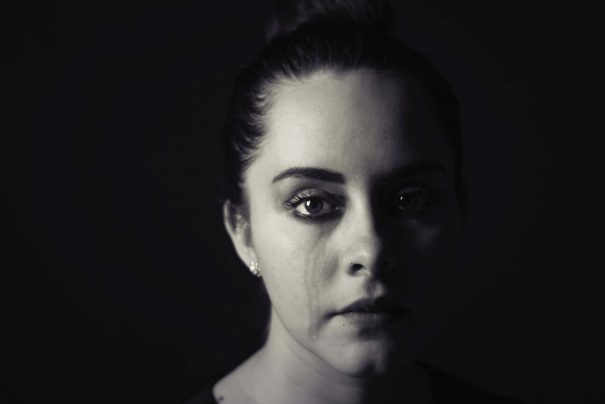 Is it possible to have too much empathy for others?

After all, empathy is a good thing, right?

How could there even be such a thing as an empathy disorder?

But, then again, even good things can be overdone.

The DSM-V even classifies hyper-empathy as a characteristic of some personality disorders; having too much empathy for others causes undue suffering and distress and compromises your ability to function in your personal and professional life.

So, what are the signs of being overly empathetic?

What is Hyper Empathy?

It’s one thing to be sensitive enough to recognize that the person you’re talking to is suffering; it’s a whole other thing to feel that suffering within you and not understand the reason for it or how to get rid of it.

The former is empathy as it’s meant to be. The latter is a mental breakdown waiting to happen (and probably not waiting long).

The former benefits both parties: the latter just allows one person’s suffering to torture two people for the price of one. And at least the original sufferer might have a clue as to why he or she is suffering. As for the hyper-empath… no such advantage.

Having too much empathy is not a superpower.

Whether you call it a hyper-empathy syndrome or “compassion fatigue,” it affects your ability to regulate your moods and can manifest as — or accompany — other psychological disorders (like bipolar disorder).

Hyper-empaths lose themselves in the confusing swirl of other people’s emotional states, sometimes even feeling guilt for others’ painful emotions and their consequences.

They feel it, and they feel powerless to fix it — for others as well as for themselves.

It’s not a good way to live. No one would intentionally choose this.

But how do you know if you’re too empathetic?

Can You Have Too Much Empathy?

Do any of the following sound familiar?

I suspect that when a hyper-empath realizes the cause of their suffering — and of their instinctual avoidance of crowded places — they’re all too ready to acknowledge that one can have too much empathy for others.

And when empathy impairs your ability to function or to process and let go of emotions that aren’t even yours or that don’t serve you, it becomes toxic.

Yes, toxic empathy is a thing. But how does someone’s empathy reach toxic levels? Are they born that way — or born with a greater susceptibility to extreme empathy? Or does something make them that way?

Actually, both nature and nurture come into play.

The mirror neurons in your brain are what enable you to perceive and even experience the emotions of those around you.

When these mirror neurons are hyperactive, you react more strongly to the suffering of others, and you might even feel physical symptoms in response to other people’s pain.

It’s not unusual to inherit this hyperactive mirror neuron activity. If the one from whom you inherited it isn’t able to also pass down effective coping mechanisms, your ability to function well within personal and professional relationships can be compromised.

Your coping skills will depend largely on your environment and on the people with whom you forge your most significant relationships.

While hyperactive mirror neurons already make it more difficult to cope with the effect of other people’s emotions, your environment and those who influence you growing up also play a major role.

These influences can either help you shield yourself from the toxic influence of people’s negative emotions or magnify those effects on your already vulnerable psyche.

If you grew up with someone who has learned how to develop the positive aspects of their empathic nature while protecting themselves from its downsides, you have an advantage many empaths would love to have.

Lacking that, you probably grew up with the following:

Extreme empathy makes it harder to separate other people’s emotions from your own, and if you identify too easily with others, it makes it more difficult to separate and assert your own identity.

It also keeps you raw and exposed to every abrasive element in your social environment; every social situation puts you in fight-or-flight mode, and no one is designed to live like that long-term.

That heightened sensitivity would come in handy if you were making your way through a forest filled with deadly predators; but in your daily life, it just makes you feel like an emotional wreck.

And you’d do anything to make you feel less aware of the pain — or to get rid of it altogether. You may have tried numbing the pain with drugs (prescription or otherwise), and when those drugs are doing their thing, you feel so much better.

Or at least the pain has retreated to the background, and you’re able to feel as though it’s something separate and escapable

When the effect fades, though, the pain comes back to the forefront, mocking you for thinking you could ever escape it. When pain is your default setting, it’s hard to imagine ever feeling free or truly happy.

In relationships, you might settle for someone who seems capable of protecting you from that pain or soothing it away — providing a drug-free escape from having to think about how you still feel on the inside.

Because being alone with your thoughts is agony. And being around people who expect you to just “shake it off” and “choose to be in a good mood” is no better.

But maybe you meet someone who has also struggled with toxic empathy, and that person shows you how to protect yourself.

They show you how to distinguish other people’s emotional radiation from your own identity, and how to grow stronger, more resilient, and happier — without drugs and without depending on other people to distract you.

This person can be your catalyst for healing. And you can then become that for someone else.

21 Signs Of Emotional Invalidation In Your Relationship

29 Unique Traits Of The Intuitive Empath

Do You Ask Yourself “Why Am I Always So Unhappy?”

What can you do about it?

So, at this point, you probably know the answer to the question, “Am I too empathetic?”

If the answer is yes, and you’re struggling to function and to feel strong and happy in your personal and professional life, it makes sense to get treatment from someone who understands the dangers and effects of toxic empathy — just as you would seek treatment for a dangerous lung infection or for a debilitating autoimmune condition.

Just because the reason for your suffering doesn’t show up on x-rays or lab tests doesn’t mean it’s not real or that there’s no way to treat it.

Don’t expect your moods to change on a dime; acknowledge and accept how you feel and remind yourself that you are not your feelings. And find more people to hang with who recognize that.

You deserve to make the most of your empathy – to make it one of your superpowers – not to be crushed by it.

Take one small step to encourage your healing, and may your courage and commitment to growth influence everything you do today.