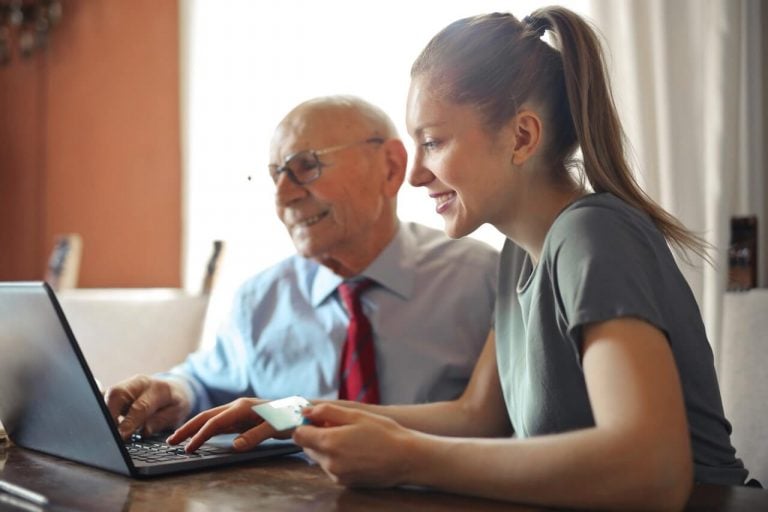 Why is respect so important?

What is respect exactly?

Is it about whether or not your kids obey your every rule?

Maybe you think of how you were treated by an authority figure who cared more about his rules than your needs or feelings.

It’s likely been painfully obvious to you if you’ve experienced a lack of respect in your personal or professional life.

Sometimes it’s easier to know when you’ve been disrespected than to capture what respect is.

What does it mean to respect someone?

To sort out the confusion, let’s consider a couple of scenarios.

Respect certainly relates to how you treat another person — but does it also matter how you feel toward him or her?

You have to wonder how respected you would feel if people obeyed your rules but never included you in anything that mattered to them.

Respect is not the same as either slavish obedience or simple politeness.

Having sincere respect for someone means you don’t say one thing to his or her face and another in secret. Nor does it require absolute acquiescence to a person (even an authority figure) who asks you to do something you believe to be illegal or morally wrong.

So what is it exactly?

What does respect mean?

If you’re wondering, “What is respect in simple words?” then the dictionary is a good place to start. A quick internet search yields the following definition of respect that best suits the purpose of this article: “Due regard for the feelings, wishes, rights, or traditions of others.”

A respect definition for kids shows both aspects: 1) thinking and feeling good things about someone, and 2) treating them in a way that shows you admire them or that you care about their feelings and their well-being.

Dictionary definitions can only tell us so much because respect can mean something different to you than it does to your friend (or relative) of a different gender, age, personality, or cultural background.

What communicates a pleasing degree of mutual respect to one might communicate an insulting lack of due deference to another (such as one who expects higher regard or a more submissive attitude, given his or her age, rank, or authority).

Finding out exactly how someone else defines (or recognizes) respect requires engaging them in a conversation, so you can both communicate to each other — and better understand — what respect means to each of you.

Otherwise, we’re left with trial and error — which is a valid way to learn (as long as both parties are patient with each other). But it is more effective when coupled with open communication.

Some ideas of respect are, more or less, shared across the board.

If you sincerely respect an authority figure, you probably see them as someone who has a right to tell you what to do, coupled with the wisdom to know what to tell you to do, for the greater good.

But why is respect so important?

Sometimes, the survival of the group depends on their respect for the leader.
One person’s respect (or disrespect) toward a spouse can determine whether the marriage will last.
And shared respect (or the lack thereof) for the teacher can mean the difference between a calm learning environment and chaos.
In any long-lasting relationship, mutual respect involves a degree of deference for the other person, which we show in our words and actions (or by abstaining from something).

What does disrespect feel like and how do people react?

Disrespect is a lack of regard for someone else’s rights, feelings, dignity, wishes, or well-being.

Just as with respect, we show disrespect with our words and actions — or in refusing to speak or act out of due regard or deference for others.

How do you react when you feel disrespected by someone else?

101 Things That Are Guaranteed to Make You Smile

People with positions of authority who are accustomed to being treated with deference and high regard can take umbrage when someone denies them what they believe they’ve earned or had a right to.

If someone treats them with less deference, with body language they consider disrespectful, or even with indifference, they perceive it as a “slap in the face.”

Whatever degree of respect you’ve come to expect of others (regardless of their status), you feel insulted or devalued when they deny you this respect.

In other words, it hurts. And if you want to avoid needlessly inflicting pain on others, this is reason enough to care about respect and to learn how to show it.

What can you do when others show disrespect to you? Try these actions:

Showing Respect to Others

If you think back to how you showed respect to your parents, and then to your teachers and employers, you probably already have some idea about how to show respect to others.

You already have a strong sense of the importance of respect — not just to these authority figures but also to yourself and the people closest to you.

Here are a few basic guidelines on showing respect to your fellow humans.

Don’t spread rumors.
If you hear a rumor about someone, let it stop with you. Don’t spread even a hint of it. Give the object of those rumors the benefit of the doubt.
Be considerate of other people’s time and resources.
For example, if you empty the coffee carafe, and someone else brewed the pot, brew another one — out of respect for the one who brewed the coffee you’re about to drink.
Learn what respect means in different cultures.
When you encounter someone with a different cultural background, do what you can to learn what respect means to them, and what they perceive as disrespectful, so you can avoid accidentally giving offense.
When in doubt, show greater deference.
When in doubt, show someone more respect rather than less. Do what you can to communicate a genuine concern for the other’s rights, wishes, feelings, or traditions.
Treat others as you want to be treated.
But also take the time to learn the differences between how you perceive respect or disrespect, and how the other perceives them.

Showing Respect for Yourself

It’s also important to show respect for yourself. If you don’t respect yourself, you probably see evidence of that all around you — in your living environment, in your workspace, and in the mirror.

So, here are some ways to show respect for yourself. Because if others have a right to be treated with respect, so do you.

Give your body the nourishment it needs before you reach for familiar “foods” that don’t satisfy your nutritional hunger.
Take the time for personal hygiene (cleanliness, moisturizing, brushing teeth, grooming). A lack of regard for these things gives the impression you just don’t care how you look. Some will also interpret this as lack of regard for them.
Respect your personal time. Don’t let others guilt you out of your personal/self-care time; you need to take care of yourself in order to have the energy to grow and contribute to the good of others. Set that time aside as an appointment with yourself, and honor it as you would an appointment with someone you respect.
Keep your living and work spaces clean and clutter-free. If you don t need, use, or love something in your space, get rid of it (donate, recycle, or toss it). Or — if you’re not sure whether or not to keep it — put it in a box (or on a shelf) designated “Temporary.” If you don’t go looking for that object within a year (or less), let it go.
Stand up for yourself. Whether others are ready to do so for you or not, don’t be afraid to stand up for yourself and for what you believe. Don’t allow others to treat you like a doormat or belittle you because of your race, gender, age, disability, or cultural background. Expect the same respect of others that you show them.

Self-respect is an essential part of healthy self-love; don’t think you’re doing anyone a favor by treating yourself as though you’re not worth the trouble.

Other Types of Respect

In addition to respect for other people and self-respect, there are many different ways to show and experience it in your life. Here are a few:

Of course kids are people, but often adults don’t remember to treat children with the respect they need and deserve. Children need a sense of their own agency and meaning in the world, and the caring adults around them are the ones to provide these things.

If we want the environment and the world around us to survive for future generations, we must show nature more respect. We need to be mindful of making environmentally friendly decisions, caring for our planet, and not mistreating plants and animals.

Respect for your values.

You can’t compromise your integrity or live outside of your core values and merit respect from yourself or others. Respecting your guiding principles reflects your commitment to who you are and how you treat those around you.

Respect for cultural and social norms.

We live in societies that have expectations, parameters, rules, and norms. Honoring these norms shows a communal respect for everyone in your society. You may also have cultural norms and beliefs that you respect to acknowledge honor your history or background.

If you are religious or practice a certain faith, then you’ll be called on to respect the tenets of your faith or religion. To maintain the integrity of your beliefs, you have to respect them in your thoughts, actions, and words.

What does respect mean to you?

When was the last time you felt genuinely respected by someone? Remember how that made you feel?

How about the last time someone treated you with open disrespect? Different feelings, no doubt. And if you ever witnessed someone you love being treated that way, you were probably livid.

You don’t have to be a mind-reader, though, to learn how others define or recognize respect.

Ask the questions. Just as you might tell someone, “When you did X, I felt disrespected,” you can simply ask others what communicates respect — and disrespect — to them.
Use what you already know. Sometimes all you can do is guess, based on your own idea of what constitutes respectful behavior.

So, trial and error is still an option, but it’s less messy when you can do some investigating beforehand. After all, not everyone will interpret your friendly gestures as appropriate or respectful. And in many cases, part of making a good impression is thinking ahead.

Finally, though you already know what words, actions, and gestures communicate respect to you, sometimes you’ll slip up or get into the habit of showing less respect — to yourself or to someone else.

We all do it. So, it can’t hurt to be reminded of why respect matters and how to show it.

If what you just read helped with that, this article has accomplished its purpose. Please take a moment to share this post with others who could use some inspiration.

And may your sincerity and commitment to kindness influence everything else you do today.

1 thought on “What Is Respect And Why Is It Important?”