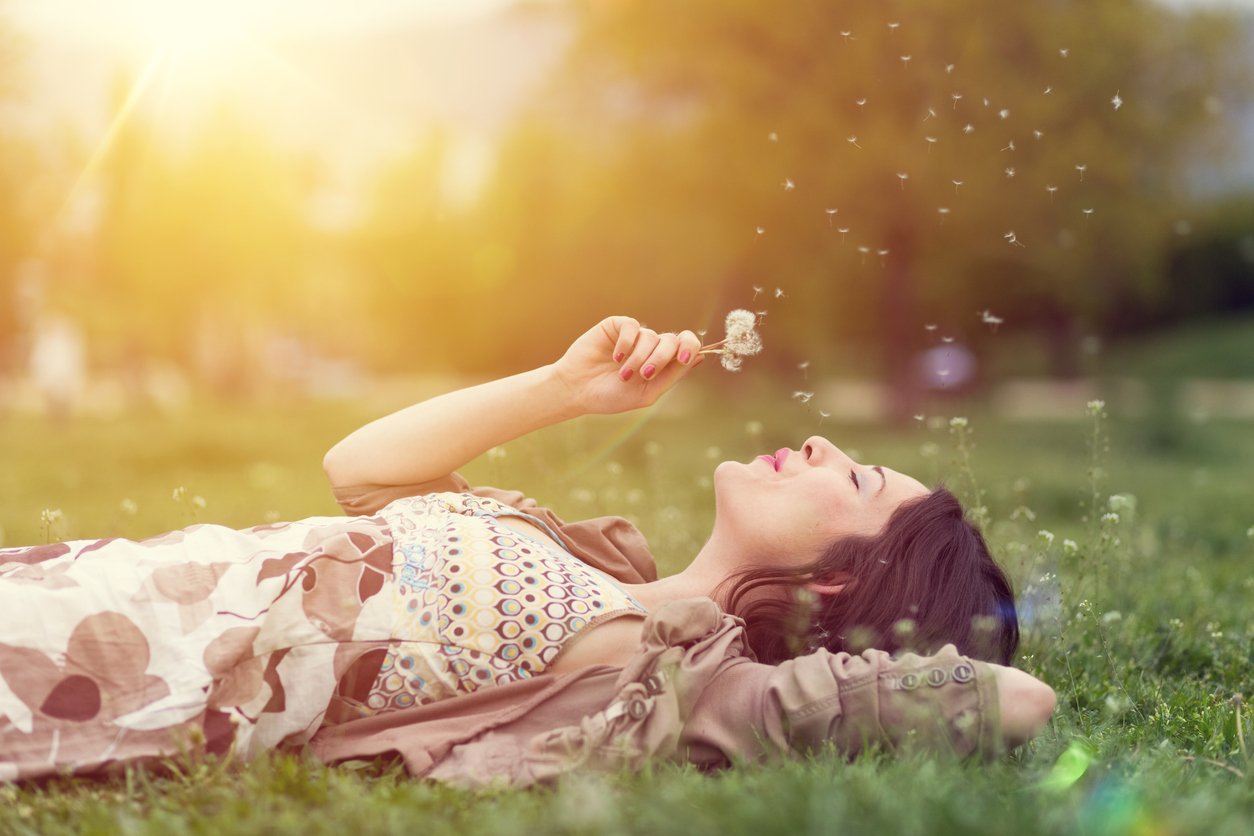 You know roughly what it means to be an empath — to feel what others are feeling.

But did you know there are several different types of empaths?

Maybe you’ve read about levels of empaths, but the word “levels” can be misleading.

We’re not here to compare one empath’s abilities to another’s as if they’re in competition.

Empathic ability is meant to connect people on a deeper level.

It’s just that there are different ways to do this.

The main thing you should know about empaths is they absorb information about other people, things, and the world around them in ways the majority of people typically cannot.

Though empaths come in a variety of types, many of them share the following traits:

The empath doesn’t have to do this consciously, either. As a rule, though, the more aware they are of their empathic ability, how it works, and how it can affect them, the better off they tend to be.

9 Types of Empaths You Should Know About

This is the most common type of empath, and, as you’ll see further down, this can be the foundational layer for a multi-level empath.

For now, let’s focus on what the emotional empath does: they soak up the emotions felt by the people around them, especially those with whom they feel connected.

The stronger the connection (even if it’s one-sided, as in relationships with narcissists), the more this empath soaks up — like a sponge.

If you don’t know you’re an emotional empath, you can easily become overwhelmed by other people’s emotions.

Because you don’t realize all of what you’re feeling comes from you.

On the other hand, this type comes with some pretty amazing gifts, too:

While emotional empaths pick up on what those around them are feeling, the intuitive empath can also sense what’s going on behind those feelings.

They can also often intuit the motives behind other people’s words and behavior as well as anticipate what they’re likely to do next.

Unfortunately, if you’re an intuitive empath and you “go with your gut” in a way that less intuitive people around you don’t understand, you can expect some criticism.

Those who don’t feel what you feel around a particular person may assume you’re “being paranoid” or overreacting to something that “isn’t a big deal.”

It’s up to you to decide whether to trust your intuition or put it aside to please others. The more you choose to rely on your intuition, the stronger it becomes.

A physical (or “medical”) empath picks up on other people’s physical symptoms — things like headaches, stomach aches, the feeling of being cold or overheated, itchiness, etc.

True, it doesn’t sound like a picnic. But if someone near you complains of a headache or stomach pains, and you feel the same thing, you know they’re not making things up.

The downside, of course, is that you actually experience the same discomfort. But just knowing that the pain is someone else’s rather than uniquely yours can make it easier to accept and then to release it.

It’s easier to accept and get through the pain when you know the reason for it.

Another aspect of physical empathy is a stronger sense of what your own body needs and isn’t getting.

Let’s consider what gifts go with this type of empathy:

If you have an innate sense of what the plants around you need and are quick to advocate for them, you may be a plant empath. You have a special love for things that grow, especially of the plant variety.

You’re the type of empath who would shush anyone who made comments that could cause distress to the plants nearby. Because you can feel it.

You know plants thrive like humans do when they feel not only safe but valued. You talk to your plants lovingly and never neglect them. The very idea of settling for an artificial plant repulses you; it’s an affront to your connection with these quiet but powerful beings.

Let’s look at some of the gifts:

If you feel more of an empathic affinity toward animals than toward human people, and you’re a passionate advocate for animal rights, you may be an animal empath.

As such, you’re more likely to surround yourself with animals and even to choose a career that involves caring for them. When visiting others, you’re often the first person to approach any pets your host may have. You might even have one of your own with you.

You also pick up on distress in the animals around you and feel motivated to take action to alleviate that distress, even if other people around you think you’re overreacting.

It’s not your fault they didn’t notice what was happening right in front of them. But you also recognize not everyone feels what you do.

So, what gifts go with this type of empathy:

The earth empath is sensitive to changes in the earth itself. If you’re an earth empath, you likely feel recharged by spending time alone in nature.

You feel in tune with the natural world. And you, more than anyone, are likely to take action to protect the wilderness and the animals who depend on it.

You embrace nature in a way few can. And nature embraces you back, infusing you with new energy and helping you restore balance and peace every time you connect with it.

An earth empath can also be a vibrational empath, meaning they sense vibrations in their environment — in this case from the earth and the atmosphere — and can learn to interpret those connected with earthquakes, forest fires, storm fronts and other dangers.

9 Compelling Characteristics Of A Hero

Do You Have Selective Empathy?

A dream empath can be a type of precognitive empath, which is someone whose empathy allows them to perceive things before they actually happen.

Other dream empaths gain a deeper understanding of people they’ve met and the experiences they’ve had. The more they trust and act on the insights they gain from their dreams, the more likely they are to have more of them.

Dream empaths who take their gifts seriously are also more likely to see those gifts develop into something more.

If you’re a dream empath, it pays to have a notebook and pen near your bedside so you can immediately capture any details you remember from the dreams you’ve had.

It also pays, at any stage of your growth, to be more aware of the gifts you have:

If you’re a telepathic empath, you can actually sense what someone is thinking, often as a result of a touch. If you’ve ever given someone a hug only to be hit with a thought that could only have come from the person you’re hugging, this may be your gift.

The first time you perceive another’s thoughts, it can feel overwhelming — especially if you confirm that the other person did indeed have those thoughts.

Another form of telepathic empathy comes into play when you’re reading something another person wrote or listening to what they’re saying.

When you paraphrase their words to better reflect what you believe they’re trying to say — as an editor or as an active listener — they react with “How did you do that? How did you know exactly what I was trying to say?”

The gifts shouldn’t be hard to guess:

Perhaps the rarest type of empath is the Heyoka empath. The name “Heyoka” — from the Lakota or Dakota Native American dialects — means “sacred clown” or “spiritual fool.”

These empaths act as a spiritual mirror to the people around them. If you have this gift, you can use it to help others grow by reflecting back at them how their true spirituality is manifesting.

For example, think of someone who is trying to convince others they have a deep “connection to the divine” when, in reality, they’re putting on a show to persuade others to finance their lifestyle as a sought-after “guru” or spiritual guide.

A heyoka empath will mirror the essence behind the show in a way the fraudulent “guide” will find impossible to ignore. Then they have a choice: continue on as they are or get to know themselves better and choose a more honest path.

Let’s wrap up with some of their tell-tale gifts:

Can You Be More Than One Type of Empath?

The short answer is “Yes.” it is possible. If you’re an intuitive empath, you have an advantage in this area, since your intuition connects you with information unavailable to most people.

The more you honor your intuition, the more likely you are to access other types of empathic connections.

Your gifts can manifest in even rarer ways — as a psychic/medium empath or a moonlight empath, to name a few examples. Moonlight empaths have a special connection to the moon and a gift for intuiting the effects of the moon’s phases and positions on people, including themselves.

In truth, any of the types of empaths described here can cultivate and expand on their empathic gifts by practicing openness to and gratitude for the empathy they have.

Now that you’re better acquainted with the different types of empaths described here, we hope you found something that will help you appreciate your own unique gifts.

Take a moment to write about what you’ve learned and how you’d like to apply it.

May your curiosity and effort enrich your life and those of the people you love.