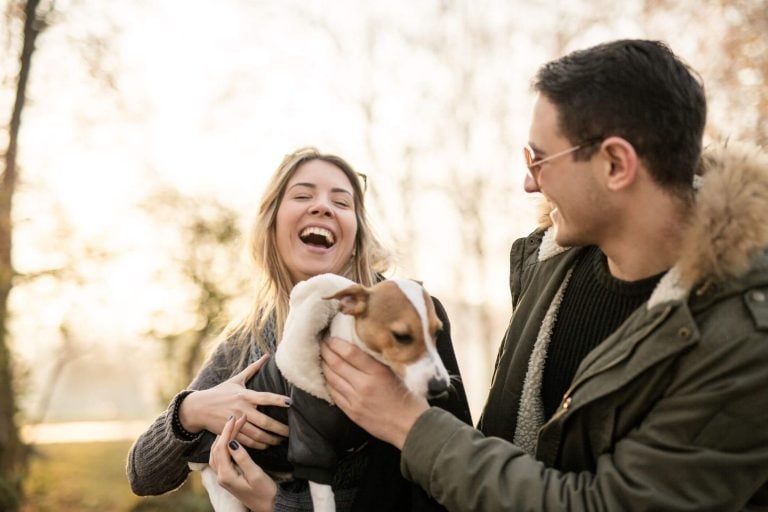 How do you know if a girl is serious about you?

She puts you to the test.

Her mission, whatever her methods, is to determine whether or not you are relationship material — and whether the attraction is mutual.

She wants to know if you’re as interested in her as she is in you or if you’re only showing interest because you see her as a potential conquest or a nice distraction.

Read on to see what girl testing looks like.

How Do You Know if a Girl is Testing You?

If you’re wondering, “Is she testing me by ignoring me?” the signs described below will help you decode her behavior.

That said, you’ll probably pick up on the following much sooner:

Read on to learn about more specific clues.

15 Signs She Is Testing You

If you’re picking up any of the following signs in a woman’s behavior toward you, trust that she’s attracted to you; she just wants to know what a relationship with you might be like.

And to know that, she has to know you better than she does now.

1. She wants to know more about your past (relationships).

She’ll ask you about ex-girlfriends to get a sense of what kind of relationship you had with each of them.

If you talk negatively about an ex-partner and blame them entirely for the relationship’s failure, she’ll suspect (probably rightly) that there’s more to the story.

She’s going to wonder exactly what that “more” is. And she’s probably better off not experiencing it firsthand.

2. She wants to know more about your family and friends.

She’s also interested in how you talk about them and how much time you spend with them. What kind of relationship do you have with your mother, your father, your siblings, etc.?

She wants to know what kind of people you hang out with and call friends — because that says a lot about who you are.

3. She brings her friends along to meet you.

She wants them to check you out and tell her what they think of your character because she doesn’t trust herself to be entirely objective when it comes to you.

If she’s bringing in her recon unit, she’s already attracted to you. She wants to know if someone who cares about her can pick up warning signs she hasn’t noticed or hasn’t taken seriously.

She may also ask co-workers what they think of you.

4. She asks you to help her with something.

She’ll ask for your help with something to see how ready you are to make time for her. She also wants to know how well you work together.

Can you work together comfortably on a project? Or would you end up arguing over something — maybe disagreeing over how to do it right?

Would you work together in awkward or companionable silence? Or would you be laughing together within a few minutes of getting started? And what might that lead to?

5. She asks you questions about something important to her.

A quick, flippant response tells her you don’t really care — or you’re distracted. Either way, she’ll know you don’t consider her question worth your full attention.

It’s not that she expects an instant flood of empathy and information. She just wants to see that a question from her is something you consider worthy of a thoughtful answer.

6. She is delaying sex with you.

She wants to see whether you’ll respect her sexual boundaries when she says, “No,” even if her body language is saying something else.

If you’re a selfish jerk who would likely assume she “means yes” and wouldn’t take her no for an answer, she won’t put herself in situations where you could take advantage of her.

If she has any doubts about the relationship, she will not want to be alone with you. So, she’ll meet you on safer ground until you’ve passed her test.

7. She waits for you to make the first move.

She wants to know whether you consider her worth the risk of rejection. If she makes the first move, she won’t know whether or not you would have if she’d only waited.

So, unless she struggles with impulse control, she won’t be the first to call or text. Even if she doesn’t play hard to get, she won’t play easy, either.

She knows some guys will bail on a woman once they’ve gotten her into bed. She may know this from experience and want to make sure it doesn’t happen again.

8. She delays her responses to your texts.

She doesn’t want you to think she’s staring at her phone, waiting for your texts, and eager to reply.

So, she might purposely delay her response to give you the impression she wasn’t aware of the text when it came. She’ll likely respond more quickly to your texts the more she feels secure of your regard for her.

Until then, she’ll respond if she’s interested, but she’ll be careful not to appear desperate for your attention.

27 Perfect Love Letters To Send To The Lady You Love

9. Her replies are brief and show minimal investment.

She doesn’t want to give the impression she’s over-eager to keep the conversation going. So, she’ll keep her responses short and non-commital to see how you react.

Yet she doesn’t flat out tell you she’s busy and “can’t text now.” She doesn’t want to appear desperate or fawning, so she won’t send a steady stream of eager, effusive messages.

She wants you to put in the effort to draw her out. If you don’t, she’ll likely get the message you’re not interested. In other words, she wants you to show more eagerness.

10. She is checking your empathy.

Maybe she’s sick, or perhaps she’s just a little under the weather and wondering how you’d respond if you knew she was ill.

So, she tells you she’s sick or asks someone else to let you know. And she’ll wait on your response. She wants to see if you’ll go to the trouble of visiting her or at least calling to check on her.

If all you do is send a quick “Awww. Get better <smooch emoji>” text or visit but act bored and eager to leave, she’ll know you don’t really want to be there for her.

11. She lets you know when family or her best friend is in town.

If her parents, a sibling, or a close friend come to town, she’ll make a point of letting you know because she wants to see if you show interest in meeting them.

More to the point, she wants to see an immediate sign of interest in meeting them because it’ll give you the chance to know her (and the people close to her) even better.

If you don’t show any interest in meeting them, she’ll want to know why. Or she’ll take the hint and back off.

12. She watches how you treat other people.

How you treat other people when you think she’s not looking — or how you treat them differently (because you’re not trying to win them over) — matters to her.

If she sees you bullying anyone or using manipulative tactics to get what you want, she’ll take note.

Because you’ll likely treat her the same way once you no longer feel a need to impress her. The same applies if all she sees in your behavior is kindness, generosity, and good humor.

13. She watches how you get along with animals.

You don’t have to want a pet of your own, but any signs of cruelty are a huge red flag.

If you don’t like dogs or cats (and not because you’re allergic), she’ll know that you probably won’t want to adopt one if you two get into a relationship.

If she has a pet of her own, she’ll watch how you interact with them and how they respond to you.

Also, if she’s counting on getting a pet (or more pets) someday, your aversion to animals might be a deal-breaker — either right away or down the road a bit.

Apparently, this is a trap. At least, it could be. If there’s a chance she’s saying this just to see whether you’ll insist on paying, and if you do want to see her again, pick up the check.

That said, most women want to see both confidence and respect in your behavior. And there’s no harm in saying, “Oh, please… allow me” and treating her like a special guest.

As long as you don’t pick out her food for her, she’ll probably appreciate your generosity.

15. She wants to know about your goals.

She wants to know not only what those goals are but what you’re doing to reach them. She wants to see that you’re the kind of man who knows what he wants and goes after it.

Honestly, everyone should prioritize this going into a relationship. If the person you’re interested in blames everyone but themselves for their lack of “success,” this is not something you want to find out after the wedding.

Count on it, eventually, one of the people they blame will be you.

Is your girl testing you?

Now that you know how to answer the question, “Is she testing me or not interested?” which of the signs described above stood out for you?

Depending on the woman in question and on her background and experience, she may have

devised her own tests to see what kind of man you are.

As for what kind of woman she is, you probably have your ways of finding that out. Both of you deserve to know the relationship has a foundation worth building on.