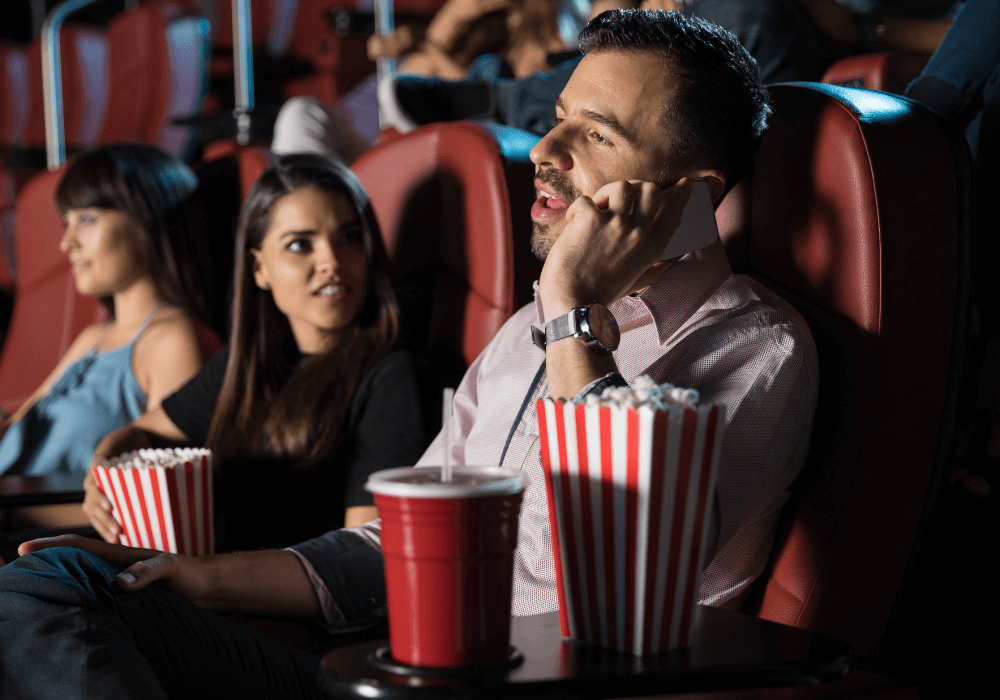 How do you deal with disrespect from other people?

Is it something you work hard to prevent?

Or do you see it as something we all face and simply refuse to be bothered by it?

After all, why waste energy trying to prevent something inevitable?

Whatever your personal philosophy, the disrespect quotes in this post show various perceptions of and responses to disrespectful behavior.

Some will resonate more than others.

We’ve gathered up 87 sayings on disrespectful behavior—from you disrespected me quotes to quotes about the best way to respond.

Make a note of the ones that stand out for you and use them to discern your boundaries regarding rude behavior from others.

1. “When you tolerate disrespectful people you disrespect yourself.” ― Wayne Gerard Trotman

4. “Disrespect is the weapon of the weak.” — Alice Miller

5. “You don’t have to disrespect and insult others simply to hold your own ground. If you do, that shows how shaky your own position is.” –Red Haircrow

6. “If you disrespect everybody that you run into, how in the world do you think everybody’s supposed to respect you?” — Aretha Franklin

9. “A little rudeness and disrespect can elevate a meaningless interaction to a battle of wills and add drama to an otherwise dull day.” –Bill Watterson

12. “I never make the mistake of arguing with people for whose opinions I have no respect.” –Edward Gibbon

13. “True irreverence is disrespect for another man’s God.” –Mark Twain

14. “Rudeness luxuriates in the absence of self-respect.” — Eric Hoffer

15. “Ideological differences are no excuse for rudeness.” – Judith Martin

16. “Being brilliant is no great feat if you respect nothing.” — Johann Wolfgang von Goethe

18. “Discomfort is understandable. It’s the rudeness that isn’t.” ― N.K. Jemisin

19. “If they disrespect you to your face imagine what they’re doing behind your back.” — Sonya Parker

21. “Never make excuses for someone who disrespects you-who they are or what they do isn’t a pass to treat you like trash!” –Trent Shelton

22. “You don’t have permission to disrespect yourself.” — Martin De Maat

23. “Men are respectable only as they respect.” – Ralph Waldo Emerson

25. “There cannot be greater rudeness than to interrupt another in the current of his discourse.” –John Locke

26. “No one is more insufferable than he who lacks basic courtesy.” — Bryant McGill

27. “If you do not respect your own wishes, no one else will. You will simply attract people who disrespect you as much as you do.” –Vironika Tugaleva

28. “Those who disrespect you with their mouth don’t deserve your ear.” –Curtis Tyrone Jones

29. “Disagreement is one thing; disrespect is quite another.” –Richard V. Reeves

30. “Disrespect for life is a direct reflection of violating the laws of the kingdom of love.” — Sunday Adelaja

31. “Treat people like people. Beware of pity and patronization because in them, you can’t see when you’re unashamedly looking down on someone.” –Criss Jami

33. “Abusive language and swearing are a legacy of slavery, humiliation, and disrespect for human dignity, one’s own, and that of other people.” –Leon Trotsky

34. “Nothing in the history of humankind has been disrespected as much as nature.” –M.F. Moonzajer

35. “I believe in a lively disrespect for most forms of authority.” — Rita Mae Brown

39. “A woman brought you into this world, so you have no right to disrespect one.” — Tupac Shakur

40. “We disrespect ourselves and our free-will whenever we say that we need to do something.” — Jonathan Lockwood Huie

41. “If you can’t treat me like I’m someone important, then please don’t disrespect me.” — Wazim Shaw

42. “I have a strong disrespect for authority and for rules. Including gravity. Gravity sucks.” — Sebastian Thrun

43. “We strongly condemn any disrespect to human bodies regardless of whether they are those of enemies or friends.” — Karim Rahimi

21 Disrespectful Husband Quotes To Reinforce What You Should Never Tolerate

44. “Our disrespect for thinking: someone sitting in a chair, gazing out of a window blankly, always described as ‘doing nothing’.” — Alain de Botton

45. “Contempt is the only way to triumph over calmuny.” —  Francoise d’Aubigne

46. “Contempt for happiness is usually contempt for other people’s happiness, and is an elegant disguise for hatred of the human race.” — Bertrand Russell

48. “When people don’t respect one another seldom is there honesty.” — Shannon L. Alder

49. “There is no mobility with bad manners.” — Ali Ibn Abi Talib

51. “There is an insolence which none but those who themselves deserve contempt can bestow, and those only who deserve no contempt can bear.” — Henry Fielding

53. “Sometimes what you see of a person is only what they want you to see. But if you disrespect that part, you will see all of you.” — Robert Black

54. “Do not be threatened by rude people because rudeness is a sign of insecurity.” ― Gift Gugu Mona

55. “There can be disagreement without disrespect,” — Dean Jackson

57. “What a fine thing to be as rude as that with such convictions.” ― Eilís Dillon

58. “I am on this earth for many reasons. Being disrespected by you is not one of them.” — Ann Wilkinson

59. “I can’t control your behavior, nor I do want that burden. but I will not apologize for refusing to be disrespected, to be lied to, or to be mistreated. I have standards; step up or step out.” — Steve Maraboli

63. “There’s no reason to trade insults. We have our way of life and they have theirs. I wouldn’t live as they do, but disrespect seems pointless. I’m sure there are good people among them.” — Alexei Panshin

64. “Confidence is one thing, disrespect is quite another.” — David Baldacci

65. “When someone disrespects you, beware the impulse to win their respect. For disrespect is not a valuation of your worth but a signal of their character.” — Brendon Burchard

67. “In the minds of great managers, consistent poor performance is not primarily a matter of weakness, stupidity, disobedience, or disrespect. It is a matter of miscasting.” — Marcus Buckingham

68. “If we as a people realized the greatness from which we came we would be less likely to disrespect ourselves.” — Marcus Garvey

69. “That bad manners are so prevalent in the world is the fault of good manners.” — Marie von Ebner-Eschenbach

70. “Social media made you all way too comfortable with disrespecting people and not getting punched in the face for it.” — Mike Tyson

71. “Surfeit begets insolence, when prosperity comes to a bad man.” — Theognis of Megara

73. “Teenagers these days are out of control. They eat like pigs, they are disrespectful of adults, they interrupt and contradict their parents, and they terrorize their teachers.” — Aristotle

74. “I think blatantly ignoring someone is one of the few highest forms of disrespect.” –Unknown

75. “Disrespect earns the displeasure of the creator and the creation.” — Abdul-Qadir Gilani

76. “What is happening to our young people? They disrespect their elders, they disobey their parents. They ignore the law. They riot in the streets inflamed with wild notions. Their morals are decaying. What is to become of them?” — Socrates

77. “I think schools generally do an effective and terribly damaging job of teaching children to be infantile, dependent, intellectually dishonest, passive and disrespectful to their own developmental capacities.” — Seymour Papert

78. “How can you blame others for disrespecting you when you think of yourself as unworthy of respect?” — Elif Safak

79. “If Somebody disrespects me they will pay for it. I promise.” — Anderson Silva

80. “I don’t think a tough question is disrespectful.” — Helen Thomas

81. “I find drug use disrespectful, self destructive and weak. I want no part of it. I believe in complete respect for myself and others.” — Davey Havok

83. “Be childish. Be irresponsible. Be disrespectful. Be everything this society hates.” — Malcolm Mclaren

84. “Self-confidence is the ability to exercise restraint in the face of disrespect and still show respect in response.” — Simon Sinek

85. “In any country when you throw something in somebody’s face, it’s disrespectful.” — Pitbull

86. “Never speak disrespectfully of Society. Only people who can’t get into it do that.” — Oscar Wilde

87. “Our contempt for others proves nothing but the illiberality and narrowness of our own view.” — William Hazlitt

Now that you’ve looked through all 87 disrespectful quotes, which ones stood out as your favorites or as most familiar to you?

And which one will be most on your mind today?