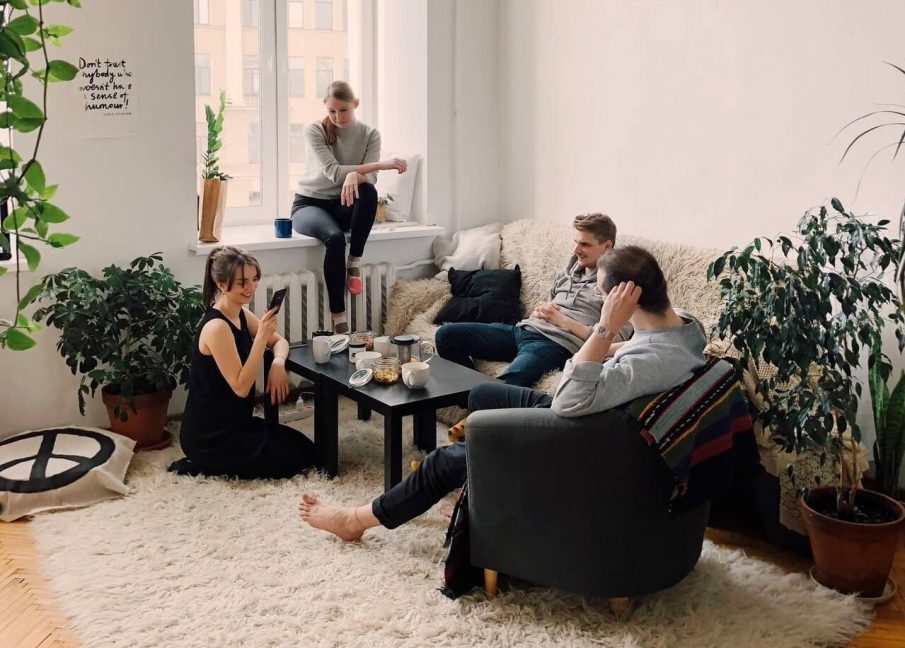 Passivity can be a useful tool in both business and in your personal relationships.

Knowing when to back down and allow others to lead can serve you well, but it is also important to know when to charge forward with your own ideas, motivations, and goals.

There are many highly successful people with passive traits who have harnessed the powers of passivity to work for them rather than against them.

If you have a non-confrontational personality, you may not recognize all of the ways passive behavior has influenced your life.

You may not even identify as a passive person.

If you are unsure, read on to learn the signs of a passive personality type in people.

What Is a Passive Person?

You may have heard this term before, but perhaps it was used negatively. Passive people are sometimes described as “push-overs” or “doormats,” but this is an unfair and untrue evaluation.

They can also be chill, easy-going types who prefer not to upset the balance.

Being a passive person simply means preferring to avoid confrontation and often adjusting behavior and choices to do so.

Let’s say a group of friends is deciding what movie to watch. The group spends thirty minutes deciding between a rom-com and a scary movie before landing on a horror film.

A passive person, despite wanting to watch When Harry Met Sally, would likely not speak up on behalf of their own interest to avoid going against the group. Perhaps by not speaking up, they avoided any further conflict, and in this case, the matter was rather trivial.

However, there are cases in which passive people must learn to vocalize their own needs. These behaviors display themselves differently across different scenarios, so understanding the nature of this personality can help you to determine when to speak up and when to let the moment pass.

Try to pinpoint the aspects of the commitment that make you uneasy, and begin learning how to communicate these concerns to the other party.

If you can say yes (and sometimes when you shouldn’t), you do say yes. Passive people hate to disappoint, as they think others will view them as a disappointment.

You would rather agree to something you don’t want to do than to risk an argument. If you don’t say yes, it’s easier to throw them a “maybe” and find an excuse later than to be upfront at the moment.

Passive personalities sometimes have issues with speaking clearly and decisively. They don’t trust that they are saying the right thing, so he or she ends up editing their speech in the process.

If you have this personality type, you may qualify your opinions, correcting yourself before others have the chance to. This is a self-defense mechanism that is well-practiced, so take time to notice when you say things like, “I guess I would say” or “I might not be right but…” Practice making decisive statements.

If you have a difficult time trusting what you think, you may have a harder time trusting your actions. Passive people often look to friends or family before making even the smallest decisions.

This isn’t always a bad thing, and it can be quite beneficial to know how to ask for help when you need it. The harder part is determining when you need to trust your own gut over the opinions of others.

Stays Stuck in the Comfort Zone

Our comfort zones are there for a reason, and they can be useful in helping us recognize our limits. Not every limit is meant to be pushed, but remaining stuck in that zone can impede opportunities for growth.

If you’ve found yourself stuck in a rut, think of one small thing you can do to push yourself and take action on it. Taking that first action is always the most challenging part of forward progress.

Gets Paralyzed at a Crossroads

Whether you’re getting engaged or applying to college, these big milestones can be panic-inducing for a passive personality. The panic can overwhelm your instincts, making it seem impossible to make a decision. This can feel paralyzing at worst and frustrating at best.

You can get to the other side of a big decision by seeking the support and input of a therapist or trusted friend. Talk through the pros and cons of your options and learn to accept that all decisions are fraught with some level of uncertainty.

Why ENFP And INFJ Personalities Make A Good Match

Leaves It to Chance

Do you believe in luck? Passive people often do. Affirmations and positive thinking can do wonders, but active choices are the true path to accomplishment.

If you have this type of personality, you’d rather let things work out on their own than ensure they do by taking direct action. If they do work out, you may be hard-pressed to give yourself the credit. If they don’t, you may view yourself as unlucky rather than recognizing your failure to act.

Sometimes we all just need a moment to ourselves, some quiet time to reflect and be alone. Like introverts, passive people find being alone peaceful. They need it to recharge.

Being around people can be stressful, as their instinct is to edit themselves. Alone time is the refuge they need from the judgment of their peers.

Mirrors the Personalities of Others

If you are a non-confrontational person, you are likely adept at matching the tones and mannerisms of other people to put them at ease, which in turn puts you at ease.

This is a strong skill to have if you know how to use it. Make sure that you aren’t using mirroring to stifle your own unique personality.

Do you regularly sacrifice your needs for someone else’s wants? Being a giving person isn’t a bad thing, but sometimes we need to put ourselves first. Learn to find a middle ground. How can you continue to be a generous person without stretching yourself too thin?

Your go-to answer is often, “I don’t know.” When your professor or boss asks you a question, you might think your classmate or coworker has a better answer. No matter how prepared you are, it can be hard to make a case for yourself.

When you have a passive personality, being put on the spot is scary. Practice taking the lead and plan ahead in case you are called on to speak. The next time you have a meeting take a moment to share your thoughts. It gets easier with time and practice.

Goes with the Flow

This personality type can manifest in different ways. Not every passive person is particularly shy or limited in their opinions. You may be the type of person who is more “go with the flow.” Your chill demeanor is a great plus and can be highly compatible with other passive types.

To a passive person, confrontation can seem like a daunting scenario. You might jump through several hoops just to avoid confrontation, not realizing that open communication could prevent tension and stress.

These conversations are difficult and scary, but by being honest and vulnerable, your relationships often become stronger and more authentic.

In order to avoid confrontation, you may bottle your emotions and refrain from speaking your mind. Being honest about your feelings is the last thing you want to do, as you don’t want to inconvenience anyone or make anyone upset.

It’s important to understand that you are not a burden and your emotions are valid. But they can become burdensome to you if you let them weigh on you for too long. If you are holding on to something, let it go. You’ll be surprised by how much lighter you feel.

Accepting criticism is a skill when it’s constructive, but you don’t need to accept hurtful or unwarranted criticism. Learning to speak up for yourself in the face of unfair criticism is an equally valuable skill.

Aggressive people are go-getters. They are the first to speak and the first to claim a seat at the table. They aren’t afraid to tell you their worth, even if they are exaggerating.

While passive and aggressive people are quite different, they can balance each other. If he or she isn’t careful, an aggressive person could easily take advantage of a passive friend.

Here are a few distinct differences between the two personalities:

Are you a passive personality?

Having a passive personality can be a great asset once you learn how to harness and balance your intuitive, generous demeanor.

Passive people can make others feel supported and important. Understanding when to let people shine can reflect positively back on you.

However, don’t be afraid to stick up for your own needs and feelings and learn how to put yourself first. Advocating for yourself can be extremely difficult if you are a passive personality, but it’s well worth pushing yourself to speak up for your mental and emotional health.

When you have more compassion and respect for yourself, you gain self-confidence — which is an equally attractive trait to others.