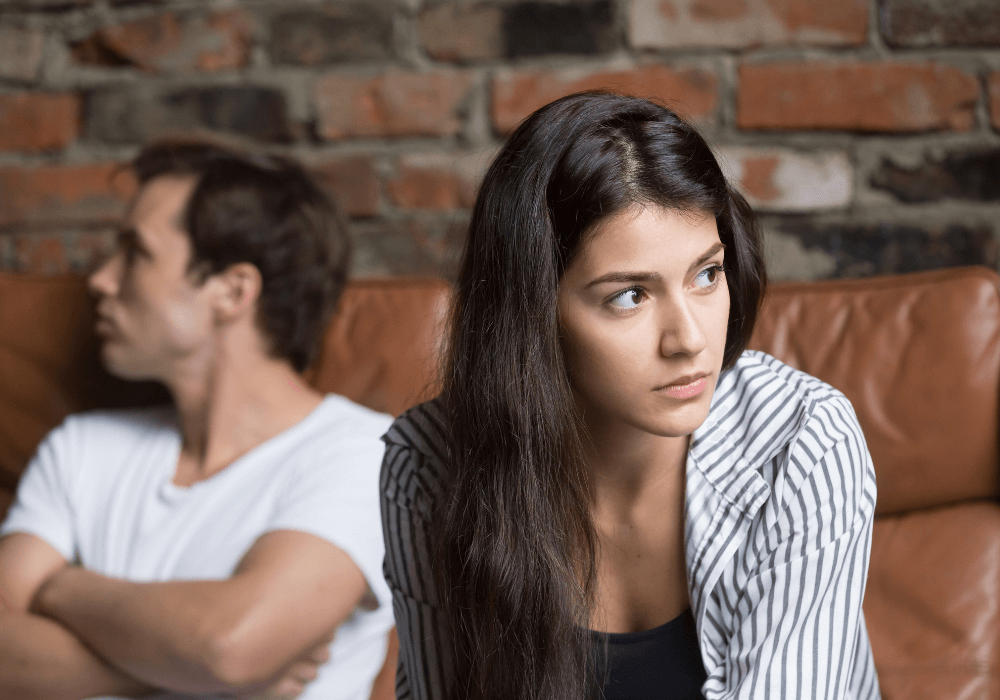 Most people struggle with the decision to get a divorce or end an unmarried partnership.

Even when infidelity occurs, the decision is not always immediate or easy.

You’ll start by wondering, “Can a marriage survive an affair?”

The answer depends on the people and what happened.

Every relationship involves two unique people. Their personalities, behaviors, and emotions will direct the outcomes.

Some spouses recover from infidelity, and some don’t.

As you evaluate your relationship, you’ll have to judge whether you see signs that you should walk away.

How Long Does a Marriage Last After Infidelity?

Most statistics about marriages surviving infidelity come from couples who saw marriage counselors. Information about people who don’t seek outside help is rarely documented.

When looking at couples that experienced infidelity and sought therapy, the American Psychological Association reported that 53 percent of those couples divorced within 5 years.

This figure indicates that only about half of the people who try to heal their marriages remain married after 5 years. Even so, the divorces tended not to be immediate.

The researchers found that couples initially experienced improvement at the 6-month mark after counseling.

By 5 years, however, those early positive results had faded for many and produced a high rate of divorce.

Divorce after infidelity is prevalent, which is admittedly discouraging for people hoping to salvage their marriages. Infidelity represents one of the most challenging things for couples to overcome, even with therapy.

People who enter marriage counseling for problems other than infidelity remain married in much higher numbers. After 5 years, only 23 percent of them had chosen to divorce.

What Percent of Marriages End in Divorce After Infidelity?

For decades, all first marriages have shown a steady divorce rate of roughly 50 percent. Divorce statistics after infidelity show that the behavior places extreme pressure on relationships.

Out of total divorces, about 40 to 50 percent of the people involved reported that cheating contributed to their decisions to separate.

A survey by the Institute for Family Studies compared the marital statuses of people who admitted to cheating to those spouses who had never been unfaithful.

Among those who cheated, 40 percent were divorced or at least separated. By contrast, only 17 percent of faithful spouses had gotten divorced.

When to Walk Away After Infidelity

1. Partner Avoids Responsibility by Blaming You

There’s a big difference between someone who admits to doing something wrong and someone who shifts the blame to others. A partner or spouse who says that your behavior was the cause of the infidelity could be waving a big red warning flag about the relationship’s future.

Many of the reasons to blame you might surface when you discuss the infidelity. You might have been argumentative, stressed out, distracted, inattentive, or disrespectful.

The challenge for you is to determine if the blame has any merit. In some cases, a spouse’s absence or hostile behavior can realistically drive someone into another person’s arms.

You’ll need to be honest with yourself. Maybe you did withdraw emotional support and make the relationship unfulfilling. If your partner’s complaints are valid, then you can work on being a better partner.

However, the possibility exists that your spouse simply wants to avoid blame. Some people just do not take responsibility for their actions, even when they harm others. Blaming the victim is a real phenomenon that you should view as toxic behavior.

Affairs thrill people because they are forbidden fruit. The excitement can be hard to give up. If your spouse or partner continues to contact the lover, then you cannot hope to mend your relationship until the connection is severed. Even if the affair is technically over and the person is “just a friend,” this status remains a huge sign that you should walk away.

Because you and your spouse are losing the plot of your marriage, you need outside intervention. The impartial perspective of a qualified couples counselor can help both of you see what led to the infidelity.

Therapists also have many effective techniques to share that can help couples communicate better and end hurtful habits that drive people apart.

A spouse who refuses to go to counseling after infidelity makes it clear that the marriage does not warrant making a special effort to repair it. Many people resist counseling because they do not want to reveal intimate details to a third party.

They also fear that a professional will blame them because, deep down, they recognize their own guilt. Someone who values your relationship will at least attempt counseling despite these emotional barriers.

This is a little different than refusing to accept responsibility. A partner who has cheated should at least apologize for the behavior.

If you don’t hear a clear “I’m sorry,” then you know that the person has little regard for your feelings. Rebuilding love after infidelity will be impossible when a person does not apologize.

5. The Relationship Was Always Rocky

When you reflect on the history of your relationship, what do you see? Was there a time when things were good, and you both were happy?

Or, was your relationship always a roller-coaster of hurt feelings, apologies, and broken promises? If things have always been difficult, then maybe you need a new direction for your future.

6. Tendency to Lie About Many Things

People naturally want to hide their infidelity. Once that deception has been exposed, you should be on the lookout for other lies. Your spouse might be a habitual liar, lying about even minor things that don’t call for dishonesty.

Frequent lying reveals a desire for independence. Your spouse wants to maintain a segregated life of private details beyond what is reasonable for a trustworthy person. The behavior demonstrates a fundamental lack of respect for you.

Although the lies might be framed to protect your feelings or save you from stress, dishonesty is a lazy approach to a relationship. If the cheating partner can’t make an effort to be truthful, then trust is unattainable.

7. History of Cheating in Prior Relationships

You might have thought that you would be the one to earn your partner’s true love, but some people never change.

The excitement of a new lover cannot compete with the work necessary to nurture a loving and trusting, long-term relationship.

Are You Being Taken For Granted In Your Relationship? 17 Ways To Put A Stop To It

8. Partner Wants You “To Forget About It”

You may need to give up on the relationship when your partner refuses to examine what happened in a meaningful way. Although your partner may apologize and accept responsibility, that is the end of it in that person’s mind.

Your partner might ask to “never talk about it” or say, “How can we move forward if you keep bringing up the past?”

For couples who do repair their love after infidelity, they must, at some point, leave the issue in the past. However, a long process is necessary before you can consider infidelity to be water under the bridge.

Someone who wants to bury what happened quickly may never resolve the problems that led to cheating in the first place.

9. Spouse Does Not Focus on Relationship

Maybe the affair ended, and you got your apology, but you still don’t feel like a couple. Your spouse may only socialize with friends and not include you.

Your attempts to schedule a date night might be rebuffed. If someone does not act interested in doing anything with you, you might need to pull the plug on the relationship because it does not really exist anymore anyway.

Even if you and your spouse have been doing the work to rebuild your relationship, you remain angry.

When anger barely budges in the face of therapy and genuine attempts to heal, maybe you just have to accept that you have been irredeemably angered. Not everyone gets over being upset about infidelity.

Even in the absence of infidelity, constant disrespect is a sign that you might need to leave the relationship. If you’re always the butt of jokes and your opinion is constantly belittled, then you have to ask yourself if that person really loves you.

Continued disrespect after confronting infidelity signals that the person does not consider you worthy of loyalty.

Walking away from your relationship might be the best choice if you feel neutral about the whole affair.

On an intellectual level, you recognize that you should be angry or hurt, but your love has diminished to the point that you don’t care all that much about your partner’s cheating.

13. Trying to Heal Had Little Effect

You and your partner discussed what happened and made sincere efforts to move forward. Perhaps you attended couples therapy and took the recommended advice.

Despite trying to mend your heart, you still wonder, does infidelity pain ever go away? Your feelings of hurt and betrayal linger even though your rational mind tries to resolve them. When you try to muster passionate feelings for your partner, you hit a wall inside.

Realizing that your attempt to fix the relationship failed is very disappointing. You tried to avoid this outcome, but sometimes you just can’t fake it until you make it. When healing with your spouse does not succeed, you may have to try healing on your own.

Deciding to Divorce After Infidelity

Any time social scientists study divorce, their findings show that infidelity is a major risk factor for divorce. The data, however, also shows that a sizable minority of couples stay together.

When you see strong warning signs that you and your partner just aren’t going to love again as you once did, you could avoid prolonged stress and heartache by filing for divorce. Divorce causes plenty of stress and headaches on its own, but it does release you from a relationship that is not working.

Now, if both of you show signs of wanting to heal and regain what was lost, then taking divorce off the table creates mental space for solving marital problems. Divorce comes with long-term financial and emotional challenges and should not be entered into lightly.

Most couples attempt to repair the damage after infidelity. Divorce is not usually immediate, and, for the lucky minority, it does not happen at all.