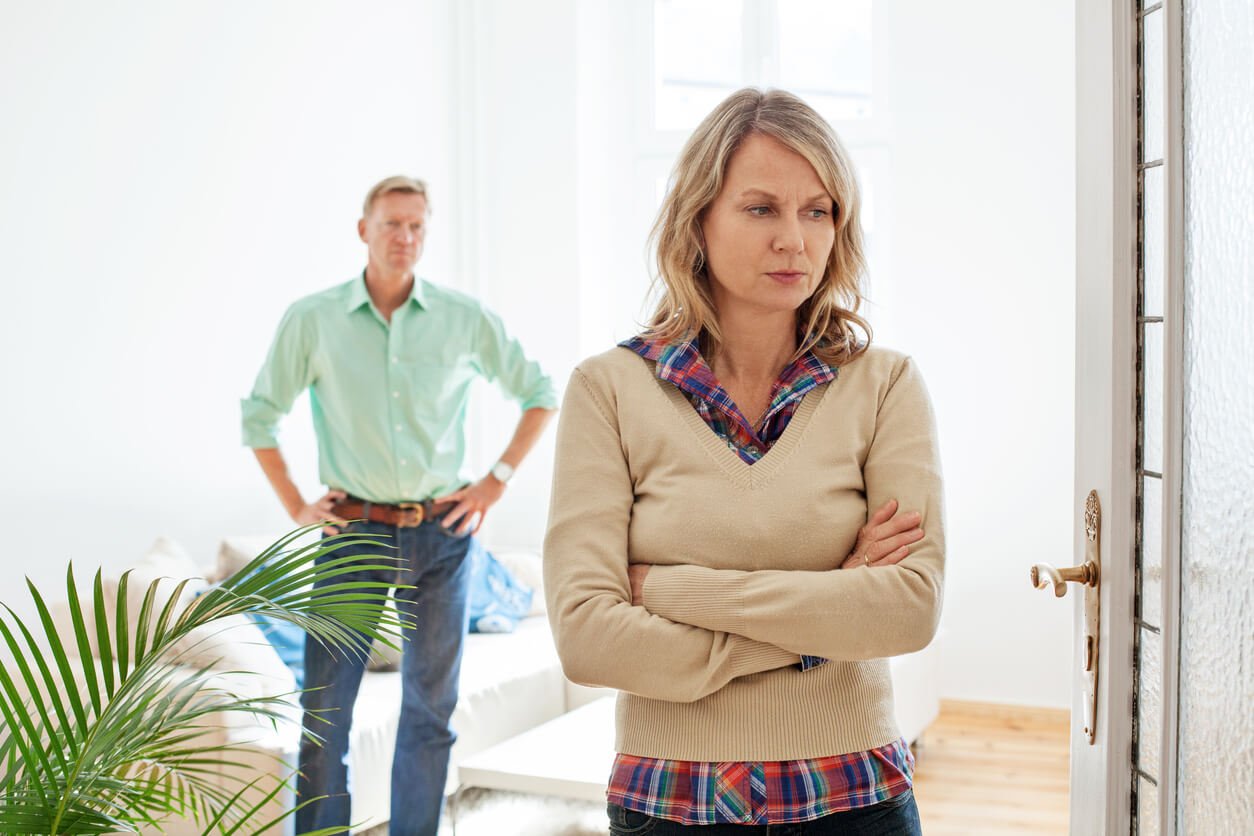 How do you deal with a husband who thinks he is always right?

All you have to do is suggest his behavior or his words were hurtful or inappropriate, and he turns on you.

To him, everything is your fault. You’re the one who’s “overreacting” or “being a hypocrite” or “seeing problems where none exist.”

Except you know, he’s wrong.

And you’re fed up with the way your husband treats you.

What can you do?

Why Does My Husband Think He Never Does Anything Wrong?

Your self-talk has been pretty depressing lately. Actually, it’s been brutal. Along with “My husband thinks he’s perfect” and “My husband treats me like I don’t matter,” you catch yourself thinking, “Maybe I am the problem,” or “What if this is the best I can hope for?”

Mostly, though, you want to know why your husband, who was supposed to be your best friend, treats you the way he does—as if your main purpose in life is to make him feel good.

We have a few ideas, but you know him better. So, which of the following make the most sense to you?

Whatever his reasons, though, changing his behavior for the better is his responsibility, not yours.

All you can do is recognize his behavior for what it is and choose to believe you deserve better because you do.

Now that you have a better idea of why he acts as if he can do nothing wrong, it’s time to consider your options.

Your next steps will depend on how long you’ve lived with this—and what you’ve already tried.

1. Don’t blame yourself for his behavior.

You need to understand, first of all, that his words and actions are not your fault.

He may try to shift the blame onto you or dismiss your concerns as paranoia, jealousy, or selfishness, but you have a right to want an equal and loving partnership.

And it takes two to have that. If he’s not willing to do his part, that’s on him. He has no right to tell you you can’t give up on the marriage when he still wants to “keep trying.”

It’s okay to admit that you want something better for yourself. His will isn’t the only one that matters. And if he’s not even willing to consider his own culpability in the disintegration of your relationship, his will to hold onto it has nothing to do with love.

2. Set the stage for safety.

This step is too often overlooked. If your husband is genuinely convinced he’s done nothing wrong and that you’re just being “crazy” or overdramatic or selfish, he’s already comfortable with emotional abuse.

If he sees nothing wrong with verbally attacking you for threatening his ego, it probably won’t take much more for him to lash out physically. And if he’s already punching walls and slamming doors, he’s already showing an inclination to weaponize his temper.

Threatening to leave him or to talk to anyone about his behavior toward you could be especially dangerous, especially if he can’t love-bomb you into changing your mind.

Be honest about what you’ve noticed and what you’re feeling. You have a right to want a relationship built on mutual love and respect.

If he’s not willing to treat you with either, the marriage is already dead. Letting go wouldn’t be “giving up” so much as acknowledging the obvious.

Do your best to keep the lines of communication open if he wants to talk about improving your marriage. You can empathize with him, but don’t use his painful back story to excuse disrespectful behavior toward you.

Make sure he’s willing to consistently do his part to build a loving marriage with you.

If you’re here thinking, “I do everything for my husband, and he does nothing for me,” get clear on what exactly you do for him that he doesn’t bother reciprocating. Let him know you’re done doing all the work in the relationship.

If he considers you worth the work of doing his part, he’ll step up. Otherwise, you’re putting him on notice that you’ve got other options you’re willing to explore.

Again, make sure you can do this without compromising your safety.

Let him know what you expect from him as your husband. And ask if he’s willing to do his part instead of expecting you to make up for it. You don’t owe him a trouble-free marriage.

13 Reasons You Don’t Want Him To Touch You Anymore

63 Painful Quotes On How A Husband Can Hurt His Wife

5. Remain calm if he gets loud or insulting.

He may be quick to use his voice as a weapon or to criticize you openly, but the moment you start yelling back or launching a counterattack, you give up your advantage. Stay calm, no matter how angry or attacked you feel.

This is why it’s important to have another outlet for your emotions. When you talk to him about your relationship, you don’t want a hair-trigger temper. Neither do you want to feel on the edge of tears.

If he’s used to taking advantage of you, he’ll be only too quick to use that. Plus, it’s way harder to talk when you’re crying.

That said, be kind to yourself if the tears do come. It’s a lot.

6. Start working on an exit plan.

If your husband persists in thinking he’s done nothing wrong and that you’re what’s wrong with the relationship, it’s time to face up to the reality that you’re in an emotionally abusive relationship.

If your husband is a narcissist, he won’t see much value in getting to know you on more than a superficial level. It’s enough for him that you let him be in charge, gratify his impulses, and try to be the wife he wants you to be–at the cost of your needs and your identity.

With an abusive narcissist for a husband, you don’t have a marriage worthy of the name—let alone something worth fighting for.

7. Call on your support system (or create one).

Talk to supportive friends and family about what’s going on in your marriage and about your exit plan. Let them know if you don’t feel safe in your relationship.

Be open to their suggestions on how to safely extricate yourself from the marriage.

If your husband has no intention of making this easy for you, get the help you need to break free and protect your interests as well as those of any children you have. Enlist the help of someone who can back you up if your husband tries to bully you into staying.

When it’s go time, get all hands on deck.

However your husband chooses to react, you decide just how much of his petty or abusive behavior you’ll tolerate before you choose to separate or divorce. True, walking away is more complicated when you’re married, but it’s not impossible.

So, what will you do today to go after what you want in a relationship?