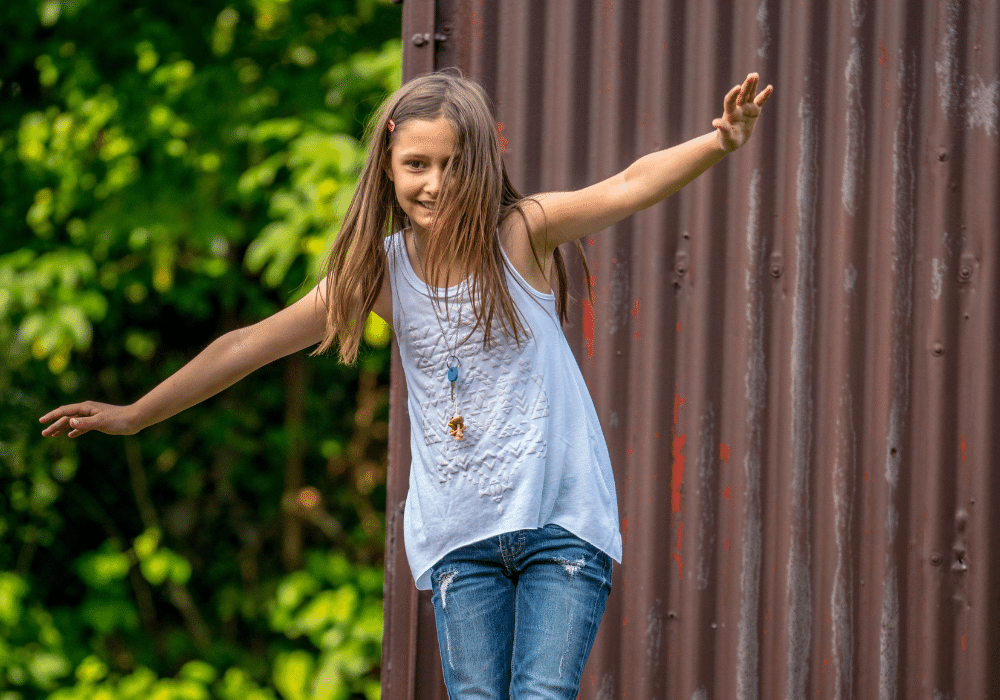 Words are for connecting.

And what better use for that connection than to help each other grow?

The inspirational quotes you’ll see below aren’t just about girl power — though they do celebrate authentic feminism.

They’re not about shaming, limiting, or punishing anyone.

They’re about rising to any challenge and supporting your fellow champions along the way.

Whatever your age, these inspirational girl quotes will remind you of what you’re capable of.

Then you can do the same for others.

1. “I figure, if a girl wants to be a legend, she should go ahead and be one.” ― Calamity Jane

4. “I have chosen to no longer be apologetic for my femaleness and my femininity. And I want to be respected in all of my femaleness because I deserve to be.” ― Chimamanda Ngozi Adichie

5. “There is nothing more rare, nor more beautiful, than a woman being unapologetically herself; comfortable in her perfect imperfection. To me, that is the true essence of beauty.” ― Steve Maraboli

7. “Maybe some women aren’t meant to be tamed. Maybe they just need to run free until they find someone just as wild to run with them.” ― Candace Bushnell

9. “She was a wild one; always stomping on eggshells that everyone else tip-toed on.” ― Kaitlin Foster

12. “I will have my voice: Indian, Spanish, white. I will have my serpent’s tongue – my woman’s voice, my sexual voice, my poet’s voice. I will overcome the tradition of silence.” — Gloria E. Anzaldúa

14. “And one day she discovered that she was fierce, and strong, and full of fire, and that not even she could hold herself back because her passion burned brighter than her fears.” ― Mark Anthony

15. “I am no bird; and no net ensnares me: I am a free human being with an independent will.” ― Charlotte Brontë

16. “Always aim high, work hard, and care deeply about what you believe in. And, when you stumble, keep faith. And, when you’re knocked down, get right back up and never listen to anyone who says you can’t or shouldn’t go on.” — Hillary Clinton

19. “Do not stop thinking of life as an adventure. You have no security unless you can live bravely, excitingly, imaginatively; unless you can choose a challenge instead of competence.” ― Eleanor Roosevelt

21. “Be strong enough to stand alone, smart enough to know when you need help, and brave enough to ask for it.” ― Ziad K. Abdelnour

22. “I am not free while any woman is unfree, even when her shackles are very different from my own.” — Audre Lorde

23. “Every woman that finally figured out her worth, has picked up her suitcases of pride and boarded a flight to freedom, which landed in the valley of change.” ― Shannon L. Alder

25. “Women are the largest untapped reservoir of talent in the world.” ― Hillary Clinton

26. “I’ve often thought it unfair that women are expected to stay at home when there’s a fight to be won. If a woman has the strength to bear a child, she can swing a sword as well as any man.” ― Karen Hawkins

27. “The kind of beauty I want most is the hard-to-get kind that comes from within – strength, courage, dignity.” ― Ruby Dee

28. “I have come to realize making yourself happy is most important. Never be ashamed of how you feel. You have the right to feel any emotion you want, and do what makes you happy. That’s my life motto.” — Demi Lovato

30. “Freedom cannot be achieved unless the women have been emancipated from all forms of oppression.” ― Nelson Mandela

31. “And really, how insulting is it that to suggest that the best thing women can do is raise other people to do incredible things? I’m betting some of those women would like to do great things of their own.” — Jessica Valenti

32. “I have learned over the years that when one’s mind is made up, this diminishes fear; knowing what must be done does away with fear.” ― Rosa Parks

33. “One of the most courageous decisions you’ll ever make is to finally let go of what is hurting your heart and soul.” ― Brigitte Nicole

35. “Women are leaders everywhere you look – from the CEO who runs a Fortune 500 company to the housewife who raises her children and heads her household. Our country was built by strong women, and we will continue to break down walls and defy stereotypes.” ― Nancy Pelosi

37. “I hate to hear you talk about all women as if they were fine ladies instead of rational creatures. None of us want to be in calm waters all our lives.” ― Jane Austen

38. “Some women get erased a little at a time, some all at once. Some reappear. Every woman who appears wrestles with the forces that would have her disappear. She struggles with the forces that would tell her story for her, or write her out of the story, the genealogy, the rights of man, the rule of law. The ability to tell your own story, in words or images, is already a victory, already a revolt.” — Rebecca Solnit

39. “When you are a strong woman, you will attract trouble. When a man feels threatened, there is always trouble.” ― Barbara Taylor Bradford

40. “I am a woman with thoughts and questions and shit to say. I say if I’m beautiful. I say if I’m strong. You will not determine my story – I will.” ― Amy Schumer

42. “We need women at all levels, including the top, to change the dynamic, reshape the conversation, to make sure women’s voices are heard and heeded, not overlooked and ignored.” ― Sheryl Sandberg

43. “Don’t let anyone speak for you, and don’t rely on others to fight for you.” — Michelle Obama

44. “The world needs strong women. Women who will lift and build others, who will love and be loved. Women who live bravely, both tender and fierce. Women of indomitable will.” ― Amy Tenney

45. “The secret of getting ahead is getting started.” — Sally Berger

46. “Just don’t give up trying to do what you really want to do. Where there is love and inspiration, I don’t think you can go wrong.” — Ella Fitzgerald

47. “I like to play a strong woman, but a strong woman can also be very fragile and vulnerable at the same time.” ― Carice van Houten

49. “I’m not afraid of storms, for I’m learning how to sail my ship.” — Mary Louise Alcott

50. “When a woman becomes her own best friend life is easier.” ― Diane Von Furstenberg

51. “I, with a deeper instinct, choose a man who compels my strength, who makes enormous demands on me, who does not doubt my courage or my toughness, who does not believe me naïve or innocent, who has the courage to treat me like a woman.” ― Anaïs Nin

52. “Do not bring people in your life who weigh you down. And trust your instincts … good relationships feel good. They feel right. They don’t hurt. They’re not painful. That’s not just with somebody you want to marry, but it’s with the friends that you choose. It’s with the people you surround yourselves with.” — Michelle Obama

53. “Beauty begins the moment you decide to be yourself.” — Coco Chanel

54. “Lock up your libraries if you like; but there is no gate, no lock, no bolt that you can set upon the freedom of my mind.” ― Virginia Woolf

55. “Clothes aren’t going to change the world. The women who wear them will.” ― Anne Klein

56. “A really strong woman accepts the war she went through and is ennobled by her scars.” ― Carly Simon

58. “A seasoned woman is spicy. She has been marinated in life experiences. Like a complex wine, she can be alternately sweet, tart, sparkling, mellow. She is both maternal and playful. Assured, alluring, and resourceful. She is less likely to have an agenda than a young woman – no biological clock tick-tocking beside her lover’s bed, no campaign to lead him to the altar, no rescue fantasies. The seasoned woman knows who she is. She could be any one of us, as long as she is committed to living fully and passionately in the second half of her life, despite failures and false starts.” ― Gail Sheehy

59. “Feminists believe that men and women should have the same opportunities. If you are a feminist you believe in equal rights as a whole. That’s not a concept you can really shoot down.” ― Lena Dunham

60. “Life is not easy for any of us. But what of that? We must have perseverance and, above all, confidence in ourselves.” ― Marie Curie

Did you enjoy these inspirational quotes for young women?

Now that you’ve looked over these 60 inspirational quotes for young women, which are your favorites?

Are there any you’d love to see on a mug or on your whiteboard?

Or maybe you’re thinking of a quote graphic for your next blog post.

Whatever your creative purposes, I hope these quotes gave you a boost today.

You’re not alone in the challenges you face. The speakers of these quotes had days when all they could do was keep breathing. They struggled with anxiety, with grief, with heartbreak, and with self-doubt.

Let their words remind you that you have what it takes to face your challenges and inspire others in your turn.

May you rise and continue to take one step after another. And may blessings follow you.