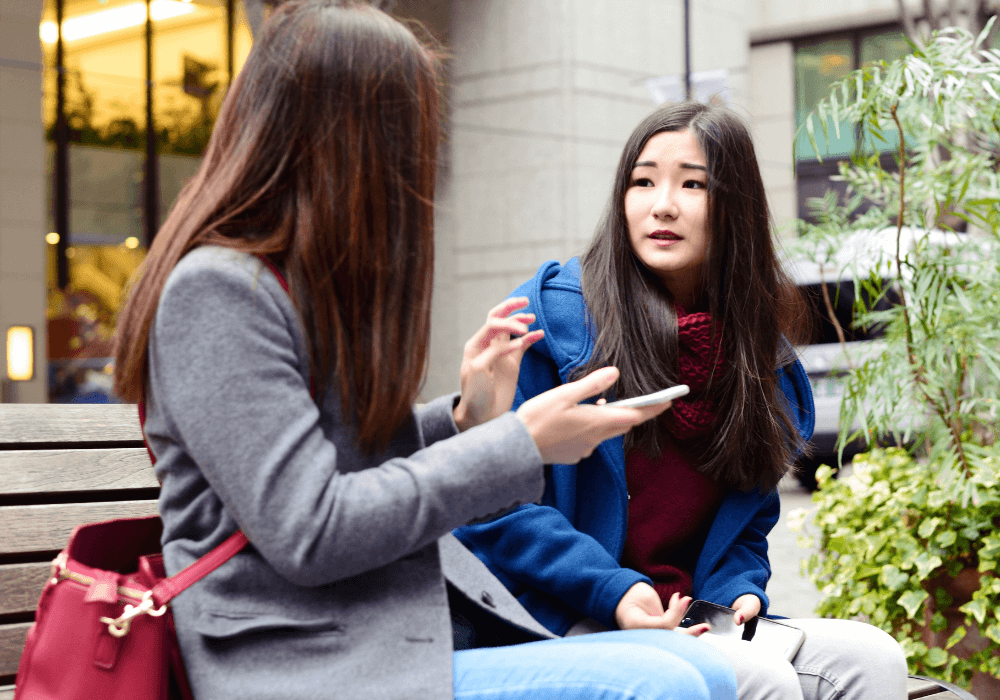 Do you know someone with a controlling, manipulative personality?

Are you wondering what makes them that way?

Maybe you’ve noticed manipulative behavior in someone you always thought to be “the nicest person.”

In either case, we’ve got you covered.

Further down, you’ll find a list of the key traits of a manipulative character.

From there, you can decide whether this person fits the description—and what you can do about it.

What Is Manipulative Behavior?

Manipulative people who pretend to be nice are doing so to get an advantage over you.

That said, how will you know for sure how to identify a manipulative person?

How can you be certain you’re not jumping to conclusions about someone who might unconsciously resort to behaviors they learned from those who raised them?

And once you identify someone correctly as a manipulator, what can you do to protect yourself or someone you care about?

13 Characteristics of a Manipulative Person

Read on to learn how to spot the traits of a manipulator. The more you know about what behaviors to look out for, the easier it is to stay outside their sphere of control.

1. They sense the weaknesses of others (and exploit them).

Manipulators have a built-in radar for the weaknesses in others. And what they can’t spot right away, they’ll find out if they consider it worth their time.

They’ll often set their sights on someone known to be compassionate, empathetic, and eager to please because those are the easiest people to use—especially if they have little or no experience with manipulative people.

2. They push you to be vulnerable (to find your weaknesses).

They might couch their predatory instinct in language that makes them seem genuinely eager to know you better. What they really want to know is what they can use against you.

If they know your core values, they know how to hurt you, especially if you share how others have exploited those values in the past.

So, they’ll pretend to be the only person in your life who really cares about what’s going on behind your brave facade. They and they alone want to be the one you confide in.

The more they can isolate you from others, the more control they have.

3. They don’t respect your boundaries.

Boundaries? Who’s she? Unless you set and enforce clear personal limits, they’ll keep pushing for more control. They’ll expect you to give them a pass on soft boundaries (i.e., those you don’t usually have to enforce with others) because, “Hey… it’s me!”

They want you to think the usual rules and boundaries don’t apply to them because they have your best interests at heart.

The more you trust them, the easier it is for them to get away with trampling on your boundaries and making you feel like a jerk if you try to enforce them.

Confront them or call them out for something, and they’re quick to deflect the blame onto someone else or to gaslight you —denying their responsibility even when the evidence against them is overwhelming.

They’re happy to blame someone else (including you) to avoid taking responsibility for a mistake or failure that has hurt others or put you in a difficult position.

And if they can get you to question your judgment and blame someone else (or yourself), they’ve won.

Controlling, manipulative people typically don’t apologize for their hurtful words or actions. To them, apologies are for the weak. Instead, they’ll rationalize what they’ve done or said.

They might also tell you you’re overreacting or jumping to conclusions, especially if they see the tiniest evidence of self-doubt in your face or body language.

Apologies are a last resort. And they’ll only use one if it strengthens their hold on you.

6. They badmouth people (including you) behind their backs.

Manipulators don’t hesitate to speak ill of others behind their backs. It’s a means to an end, and that end goes right back to their own interests. They’ll badmouth you, too, given a chance, if they think it’ll help them in some way.

And if you find out about it and call them out, they’re quick to fall back on their usual escape tactics: blame someone else or use gaslighting to make you doubt yourself.

Other people’s guilt is a manipulator’s best friend. They’ll find a way to cultivate it, so they can use it to get what they want from you. If you don’t give in, they’ll double down, playing the victim and using emotional manipulation to get you to question your own judgment.

If they can get you to lay down your weapons, they’ve got you. And they’ll keep using whatever works.

8. They criticize their victims openly.

Manipulative people have no qualms about criticizing you in front of others. Once they’ve got their talons in you, they can get away with overt emotional abuse.

If you call them out for it or tell them to stop, they can use their arsenal of tried and true manipulative tactics to make you feel bad about it (as long as you let them).

If they lose that edge against you, they might stop with the open criticism for a bit. But as soon as they feel secure in their control over you, they’ll be back to their old habits.

9. They remove your “home-court advantage.”

They know you feel stronger in your own territory. And while they can sometimes use that against you (when your guard is down), they’ll often put you in uncomfortable situations, where your energy is more likely to feel attenuated.

They know if your self-protective energy is stretched thin, you’re less likely to notice the manipulative nature of their behavior toward you.

10. They throw you off balance with negative surprises.

If they can’t remove you from your home court, they’ll use a negative surprise to diffuse your attention and make it easier to steer you in the direction they want you to go.

If they don’t have one at the ready, they’ll invent a surprise to get you feeling overwhelmed so they can push their advantage.

Call them out for lying, and they can usually blame their bad information on someone else.

11. They distort the truth.

As a general rule, manipulators know the dangers of being caught in a lie. And while they could still gaslight you, it’s easier to do that if they only distort the truth by omitting or exaggerating key details. They’ll let you fill in the blanks and jump to conclusions.

If you find out you’re wrong, you might accuse them of misleading you, but you can’t point to a specific lie. And you’re more likely to take full responsibility for your mistakes.

12. They use aggressive behavior to get what they want.

If necessary, they’ll use threatening body language to intimidate others into doing what they want.

They’ll think nothing of invading your space to try to get you to retreat a few steps–or using their “angry voice” as a weapon. They might also punch walls, slam doors, and cupboards, and breathe loudly through their nose.

Whatever makes you feel threatened, they’ll use.

13. They don’t care about your opinion (or your feelings).

They might ask what you’re thinking, but they don’t really care if your opinion differs from theirs. Nor do they consider your feelings or concerns worthy of their sustained attention.

They just want you to think they care. The real goal is to glean information they can use to strengthen their control over you. They might get you talking just to get an opening to share a story that they “haven’t told anyone else,” just to get your sympathy.

How Do You Outsmart a Manipulative Person?

Once you’ve got a handle on the traits of a manipulative personality, you can take the necessary steps to protect yourself and reclaim your control.

Now that you know what manipulators do—and how to deal with one—which traits stood out for you the most? And what will you do differently today?