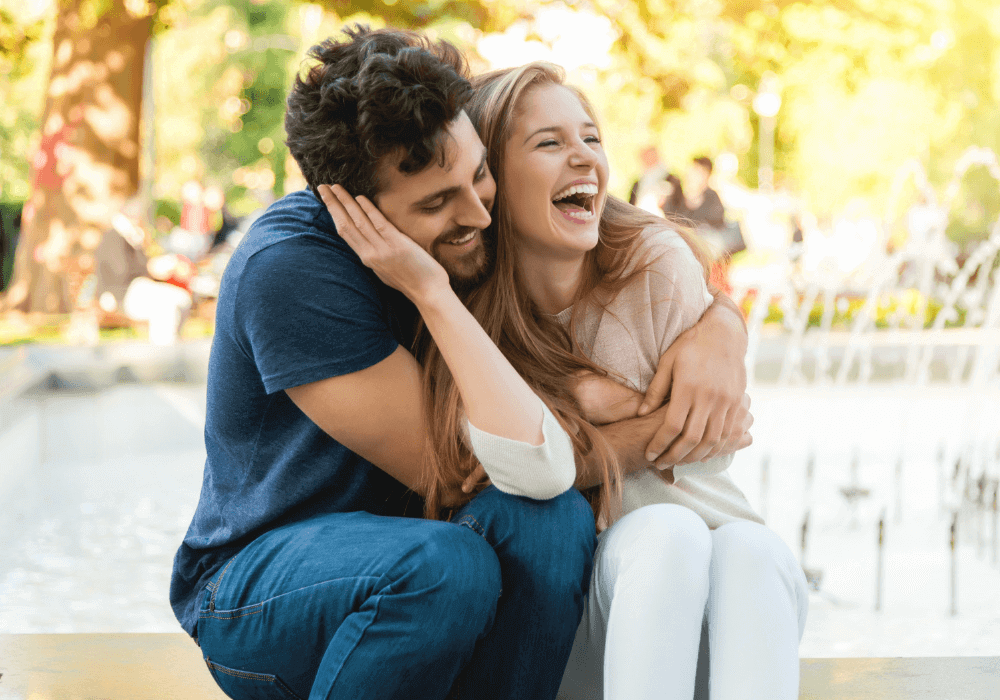 What does it mean when a guy says you’re awesome?

There you were, just being your usual self, when this guy suddenly says, “Girl, you’re amazing!” I mean, on the face of it, he’s totally right.

But what does he think it means?

Much depends on how well you know this guy.

The better you know him, the easier it is to decode his compliment.

You’re about to learn how.

When A Guy Says You’re Amazing, What Does It Mean

On the one hand, you’re thinking, “He says I’m amazing,” and you know he’s not wrong. But you’d like some clarity on what he really means when he says that.

Here are seven possible ways to interpret his compliment. Listen to your inner wisdom, and make a note of the meaning that resonates with you.

He wants you to know he’s paying attention and that he places a high value on your successes and on everything you do. He wants to be there to cheer you on and celebrate your wins with you because you matter to him.

So, if he notices an achievement of yours, he’s more than ready to let you know how proud he is to be part of your life.

And if something goes wrong and you suffer a setback, this guy will be there to help you see the silver lining and encourage you to keep moving forward. He wants to see you win, and he fully expects you to.

But he also knows setbacks happen. And he’s there for those, too.

2. He’s noticed your mood and is trying to cheer you up.

If this guy knows you and has become attuned to your moods, it may be he’s picked up on some depression or low spirits and is trying to lift you up with a genuine compliment.

If affirmations are your love language, he may be using this compliment to remind you of what he sees in you. From your facial expressions and body language, he can see that you’re not feeling your best, and he wants to make it better.

If you’re wallowing in negative thoughts, he may pick up on that and try to steer your thoughts in a better direction. Because seeing you unhappy is painful for him. Maybe he knows how it feels to be in a funk, and he’s trying to help you find your way out of it.

If you’ve only just met, though, there’s a solid chance he’s thinking of something else.

3. He’s trying to get on your good side.

If you don’t know this guy very well (and vice-versa), and he seems overly interested in getting you to let your guard down, chances are good his goal is to win you over for selfish reasons.

Maybe he’s said or done something that hurt you, and he’s now trying to make amends by saying things (he hopes) you want to hear. He needs those brownie points to get back in your good graces, whatever he stands to gain from that.

Another possibility is he’s honestly trying to get you more interested in him, and he sees this compliment as the best way to get closer to that — and closer to you.

He can have selfish reasons for the compliment and still mean every word. It’s up to you to decide whether getting to know him a little better is worth the risk.

17 Must-Have Qualities Of A Good Woman

Is Your Guy Hiding His True Feelings? 13 Telltale Signs He Is

4. He wants to know you better.

He likes what he sees in you. Maybe he wants to be better friends. Or perhaps he’s looking for more than that with you. Time will tell.

He wants to continue being part of your life. Telling you you’re amazing is his way of letting you know you’re an important person in his world, whatever happens (or doesn’t happen) between you.

Maybe he’s seen another side of you, and he wants you to know he’s noticed and would like to see more. Perhaps he’s only interested in friendship. If he’s looking for more than that, he’ll find a way to show you.

For now, his compliment means he sets you apart from the crowd.

Maybe he’s interested, but he’s not ready to commit to an exclusive relationship with you. It could be he’s still recovering from a past relationship. Or he could have no interest in a long-term relationship with anyone — even someone as great as you.

If he’s gotten the impression you want something more than friendship with him, he might be buttering you up to soften the blow when he bails.

On the other hand, maybe he’s into you, but he’s afraid he’d only disappoint you as a partner. In any case, he’s not looking to take your friendship to the next level.

What he may be thinking of is moving on and getting out of your way.

6. He wants you to feel comfortable around him.

This could be for either selfish or unselfish reasons. So, look to his other actions to determine which is more likely.

If he wants to build a trusting and mutually beneficial relationship with you, his actions will back up his words. He enjoys your company and wants you to enjoy his, too. So, if he knows your love language, he’ll speak it fluently and often.

In this case, your comfort is important to him, because you are.

If he’s trying to lead you on and get you into a compromising situation, he’ll show that in other ways. You can pick up his intent in the way he treats other people (like restaurant servers). He may also show little (if any) interest in your plans beyond that night.

In this case, your comfort is his short-term goal and a means to an end.

7. He wants you to feel loved and appreciated.

And he wants to be the one responsible for those feelings. He wants you to be part of his life and to be an essential part of yours.

He wants you to associate him (as much as possible) with good feelings. So, he’s more likely to learn what your love language is. If affirmations are important to you, he’ll use them with all the energy he can muster to back them up.

He’s not just saying those things to get you in the mood, either. He means every word, and he wants you to believe them, too.

Now that you know what it means when a guy says you’re amazing, which of these possible meanings resonated with you? And what’s next?