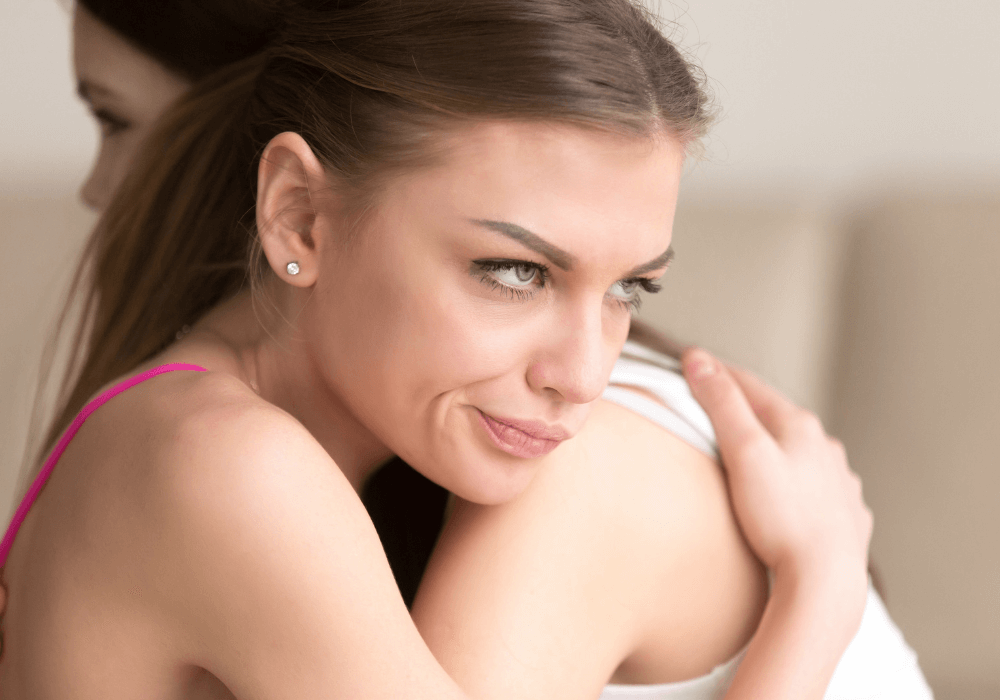 Some people say mean things to your face but mask them as compliments.

Comments that sound cheery but are laced with poison are called backhanded compliments.

People might throw out these comments because they want to take you down a notch.

Their motives could include self-aggrandizement or a desire to undermine your confidence.

On the other hand, someone who cares about you might make this error without realizing it.

Your friend wants to say something nice, but an unflattering truth gets tangled up in the words.

What is a Backhanded Compliment?

The statement encompasses both positive and negative aspects.
The negative aspect will erase the praise whether the speaker intended to be harsh or not.

A backhanded compliment starts with a nice statement about you or your accomplishments.

However, something negative is woven into the words. Sometimes, the entire statement is negative, although framed positively

Wondering, “What are some examples of backhanded compliments?”

Our examples illustrate how these verbal bombs can explode in your face. Study these harsh examples and learn how people sling negativity with a smile.

1. Congratulations on your promotion! That’s great your employer settled for you.

Oops! This acknowledgment of your recent success at work actually smacks you down. Your boss only picked you out of desperation because you’re mediocre. The person who said this is either jealous or thinks you’re incompetent.

2. You must be so happy to have your house remodeling done. I wouldn’t have guessed siding came in that color.

A neighbor trying to make pleasant conversation about your renovations has revealed a dislike for your color scheme.

Disapproval comes through couched in an attempt to sympathize with the inconvenience of going through a home rehab.

3. You look great without dyeing your hair as you age.

Maybe you are happy with your appearance, but the person making this comment brings all the focus onto your hair and your over-the-hill status. Even if the sentiment was genuine, the words did not come out nicely at all.

4. I’ve never seen you look so lovely in a picture before.

A picture that finally captures your best angle feels satisfying, but other people should not be so quick to point out this rarity.

This backhanded compliment points out that your other pictures are unflattering.

5. You remind me of why friends are so important.

Well, this might be a compliment, but it’s probably backhanded. The words could mean that the object of this so-called compliment is unreliable or obnoxious.

Being around that person makes you value the nice people in your life all the more.

6. That’s wonderful you took a vacation. That destination is a great way to stay on budget.

Here it is — the old attack on your financial status. It says good for you that you got some time off even though you can’t afford it.

7. Since we connected on social media, you’ve really opened my eyes to new things.

Although this could be a diplomatic attempt to gloss over strange subjects, you are probably hoping to shame someone a little when you say something like this.

The statement suggests that what the person shares online is bonkers or even alarming.

8. Being single must make holiday planning so much easier for you.

Some people prefer to be single, but it’s never a welcome subject during the holidays. Not only do single people have to put up with relatives’ questions about their love life (or lack thereof), it could be a time of year when they feel lonely.

9. I really admire how you don’t worry about looking perfect all the time.

When you hear sentences like this, a person could be stealthily drawing attention to his or her high standards for personal grooming and fashion.

Additionally, the recipient of this compliment is obviously sloppy in the eyes of the speaker.

10. I see you don’t let house cleaning get in the way of your self-care routine.

Maybe you do put your feet up instead of washing your dishes every day, but you’re not expecting anyone to praise you for it. And no one is. This pseudo-compliment is a big hint that your home is messy.

11. You don’t look like someone who knows how to fix cars.

In a few words, this classic backhanded compliment manages to call you incompetent and make you wonder how you DO look. A person saying this may never trust your work because you don’t fit the picture.

12. I envy that you have a spouse with such a charitable heart.

Typically, you might feel good that there is something about you to envy, but you don’t want to be called a relationship charity case.

Apparently, your spouse lives in a permanent state of regret, and you don’t deserve your good fortune. Ouch!

13. Who helped you buy this lovely house?

These are not the words that you want to hear while hosting your house-warming party. A question like this shows that the speaker has never considered the possibility that you were creditworthy.

14. Your independent spirit inspires me, but I worry that you must be lonely.

Some people are just itching to offer relationship advice. Words like these are meant to scold you for being too independent. If you just focused on needing someone, then you wouldn’t be alone.

15. Your new shirt is really in fashion with women who have kids.

The sentence started out good but quickly took a left turn. Now you know who whoever says something like this has branded your look as “mom clothes” and thinks you need to hide your torso.

16. You’re so lucky to get a job at that company. They are normally very picky.

You were under the impression that your skills and experience played a role in landing your new job. This comment, however, attributes your freakish success to a hiring manager’s relaxation of standards.

17. I didn’t expect your kids to be so adorable when you said you believe in free-range parenting.

There’s a lot to unpack here.

The person seems to genuinely like your kids. In fact, the whole statement implies your kids are better than you because you failed to mess them up with your strange parenting style.

18. An intelligent person like you won’t have to worry about losing your looks as you age.

Although it’s nice to hear that you’re smart, this statement seeks to console you over your natural lack of beauty in the here and now. You’ll have nothing to lament when wrinkles and belly fat take over. Lucky you!

19. Wow! You really cleaned up nice for this occasion. Who dressed you?

Maybe you work a dirty job every day or just love wearing your sweatpants.

You know that no one is calling you for any magazine cover photo shoots, but you also know how to dress well when necessary. Compliments like this one prove that whoever says such a thing thinks you’re a slob.

20. I like how you have your hair under control today.

When you hear something like this, you may think, “Thank you for noticing that I somehow mastered my unruly mop this morning.”

Now you know that “someone” thinks your hair is just too much for polite society. Thank heavens you’ve won this person’s approval today.

21. You’re brave to go back to work and leave your baby with strangers in daycare.

Most jobs don’t require bravery. You needed a paycheck, and now someone wants to guilt you about not taking care of your child.

Such a compliment might intend to praise you for doing something difficult, but it really expresses disapproval for your choice.

After pondering some backhanded compliments examples, you may realize just how common they are in daily life. You’ll need to be ready to recognize these jabs.

Yes. People use them to punch you with velvet gloves. Emerging research has revealed that people who make backhanded compliments often try to make themselves look intelligent and superior.

Their words generally fail to raise their status but may still harm the target.

How can you tell a backhanded compliment?

Sometimes snarkiness or sarcasm seeps into the speaker’s voice. Another clue is when people sound a little too surprised. The compliment reflects a sense of impossibility or disbelief.

Comparisons are often employed, as the speaker contrasts you to someone or something. Qualifiers are also huge red flags.

The positive statement is qualified with a limiting remark, such as “for your age” or “for someone with your background.”

What is the most backhanded compliment?

The most hurtful backhanded compliments hinge on your identity. Negative stereotypes are embedded in the praise as a point of contrast to your achievement.

The speaker only views you in stereotypical terms, and your success somehow happened despite your inherent limitations as a member of a particular group or class.

Now that you know more about backhanded compliments, you’ll be quicker to spot them when they happen. Then you can express your gratitude sweetly while gently calling out the person for being rude.