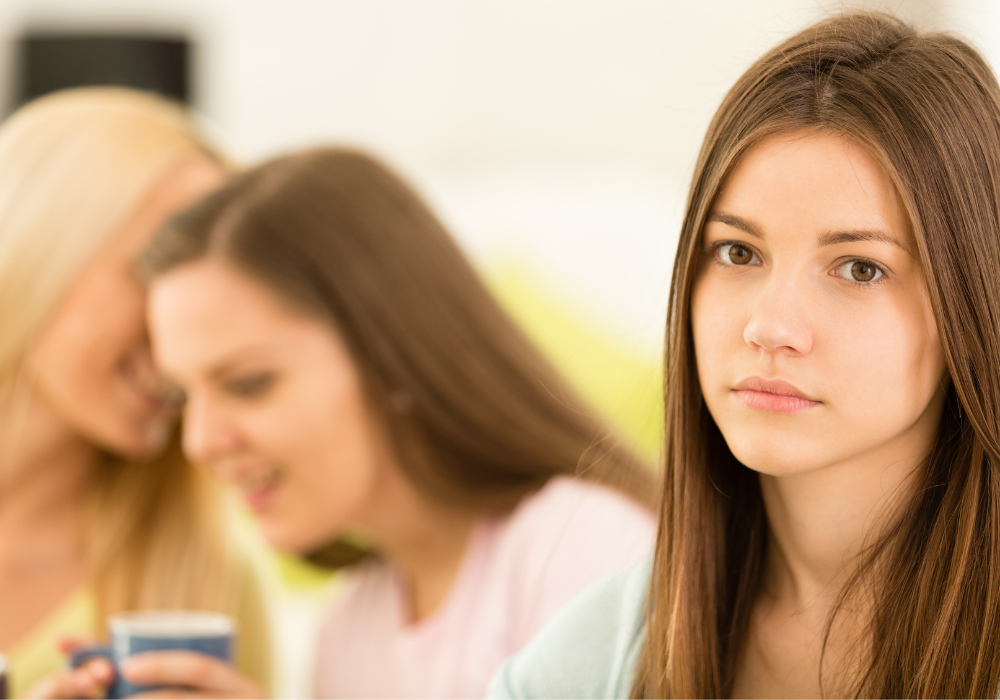 You’ve had at least one or two in your life, right?

Those fake friends who are snakes in disguise.

They abuse you, use you, and pretend to love you – only to stab you in the back or kick you to the curb when it suits them.

Or when you have nothing else to offer them.

The betrayal of a friend you thought cared about you is like a needle in your heart.

How could they do this to you?

And how could you have fallen for their ruse?

Other fake people might exist on the periphery of your life, but they can still be hard to spot.

They are master manipulators and skilled actors.

The Benefits of Reading Quotes about Fake Friends

You’re in enough pain, so why would reading quotes about your fake friends help you? Isn’t that like pouring salt on the wound? Not necessarily. Reading and absorbing these quotes can:

So, you see? These fake people quotes are far more powerful than they may appear. Read on with confidence.

It’s time to put on your phony friend antennae to see if any of these quotes about fake people apply to someone in your life.

1. “Most people want to see you do better, but not doing better than them.” – London Mond

2. “The only thing more frustrating than slanderers is those foolish enough to listen to them.” – Chris Jammi

4. “You will never have to question the intentions or integrity of people who have your best interest at heart.” – Germany Kent

5. “Fear of something is at the root of hate for others, and hate within will eventually destroy the hater.” – George Washington Carver

7. “Friendship is delicate as a glass, once broken it can be fixed but there will always be cracks.” – Waqar Ahmed

8. “Always be careful of your friend who loves your enemy; you either trust such a fellow for your life or for your death!” ― Ernest Agyemang Yeboah

10. “Letting go of toxic people in your life is a big step in loving yourself.” – Hussein Nishah

11. “You create more space in your life when you turn your excess baggage to garbage.” – Chinonye J. Chudolue

12. “Controllers, abusers, and manipulative people don’t question themselves. They don’t ask themselves if the problem is them…they always say the problem is someone else.” – Darlene Quimet

13. “We never lose friends. We simply learn who the real ones are.” – Unknown

14. “Mindset matters…always. The difference found between the victorious and the envious, the successful and the haters; is mindset.” ― Steve Maraboli

15. “What’s the whole point of being pretty on the outside when you’re so ugly on the inside?” ― Jess C. Scott

16. “Always sleep with one eye open. Never take anything for granted. Your best friends might just be your enemies.” ― Sara Shepard

17. “A persons character is shown through their actions in life NOT where they sit on Sunday.” ― Navonne Johns

18. “Better an honest enemy than a false friend.” – German Proverb

19. “When you see the genuine, you don’t deal with the fakes anymore.” ― Nima Davani

21. “You got nothing to lose. You don’t lose when you lose fake friends.” – Joan Jett

22. “True friendship can afford true knowledge. It does not depend on darkness and ignorance.” – Henry David Thoreau

23. “People wear a mask of lies so they look attractive, so be careful.” ― Muhammad Saqib

24. “If you are not going to be a comfort, have the decency to be an empty space.” – Jennifer Crusie

Friends Who Use You Quotes

25. “You would always have undesired people around you but desired ones are least likely” ― Pushpa Rana

27. “Being betrayed is one of the most valuable lessons life can teach.” – Shania Twain

31. “At some point you have to realize that some people can stay in your heart but not in your life.” – Sandi Lynn

32. “The word “friend” is a label anyone can try on. You decide who is best suited to wear it.” – Carlos Wallace

33. “In the beginning, some people try to appear that everything about them is ‘in black and white,’ until later their true colors come out.” ― Anthony Liccione

34. “It’s funny how the people who know the least about you, always have the most to say.” ― Auliq Ice

37. “Fake friends are with you today and against you tomorrow, whatever they say defines them not you .” ― Shizra

38. “It is only the great-hearted who can be true friends. The mean and cowardly can never know what true friendship means.” – Charles Kingsley

39. “True friends esteem you of greater worth than you feel deserving. False friends demand you prove that worth.” ― Richelle E. Goodrich

40. “Be very careful of who you share your problem with, remember that not every friend that smiles at you is your best friend.” – Kemmy Nola

41. “I don’t need a friend who changes when I change and who nods when I nod; my shadow does that much better.” ― Plutarch

42. “If you want to be my friend, I prefer honesty to fake praise.”  – Christina Strigas

43. “Sometimes the person you’d take a bullet for ends up being behind the gun.” – Tupac

44. “You always knew after shitty things happened, who your friends really were.” – Jodi Picoult

45. “It’s hard to tell who has your back, from who has it long enough just to stab you in it….” ― Nicole Richie

46. “Fake happiness is the worst kind of sadness.”― Dominic Riccitello

47. “You will never have to question the intentions or integrity of people who have your best interest at heart.” ― Germany Kent

48. “It is more shameful to distrust our friends than to be deceived by them.”― Confucius

Do You Have These 11 Highly Useful Traits of a Hardworking Personality?

49. “I no longer have the energy for meaningless friendships, forced interactions, or unnecessary conversations.” – Joquesse Eugenia

51. “To me, the thing that is worse than death is betrayal. You see, I could conceive death, but I could not conceive betrayal.”― Malcolm X

52. “Having fake friends is like hugging cactus. The tighter you hug, the more pain you get.” – Riza Prasetyaningsih

53. “Stab the body and it heals, but injure the heart and the wound lasts a lifetime.”― Mineko Iwasaki

54. “Betrayal is common for men with no conscience.”― Toba Beta

55. “Betrayal is never easy to handle and there is no right way to accept it.”― Christine Feehan

56. “A friend is one that knows you as you are, understands where you have been, accepts what you have become, and still, gently allows you to grow.” – William Shakespeare

61. “One should never go by what people say.” ― Agatha Christie

62. “When you see the genuine, you don’t deal with the fakes anymore.”― Nima Davani

63. “Fake friends; those who only drill holes under your boat to get it leaking; those who discredit your ambitions and those who pretend they love you, but behind their backs they know they are in to destroy your legacies.” – Israelmore Ayivor

66. “The strong-minded rise to the challenge of their goals and dreams. The weak-minded become haters.” – Steve Maraboli

67. “When people smile at a rich man, they are smiling at his wallet.”― Matshona Dhliwayo

68. “If your actions are dictated by who might be watching, they’ll never be genuine—and neither will you.” ― Vincent H. O’Neil

70. “Be very careful of who you share your problem with, remember that not every friend that smiles at you is your best friend.” – Kemmy Nola

71. “Fake friends get mad when we don’t pretend to like them.” ― Carlos Wallace

72. “If you want to be my friend, I prefer honesty to fake praise. I was never one to run with the wolves.” ― Christina Strigas

73. “False friendship, like the ivy, decays and ruins the walls it embraces; but true friendship gives new life and animation to the object it supports.” – Richard Burton

74. “The fake people do not dare to come out from their mask and face the truth of the real ones.”― Ehsan Sehgal

75. “It makes no sense to try to extend a friendship that was only meant to be a season into a lifetime.” – Mandy Hale

76. “I’ve got more respect for someone who comes out and says they don’t like me than for the ones who act like they do but talk bad about me when I’m not around.” – Mitchell Perry

77. “This is what happens. You tell your friends your most personal secrets, and they use them against you.” ― Sophie Kinsella

79. “Sometimes it’s not the person who changes, it’s the mask that falls off.” – Mhaj Porras

81. “Some people are willing to betray years of friendship just to get a little bit of the spotlight.” – Lauren Conrad

82. “A true friend is one who overlooks your failures and tolerates your success!” – Doug Larson

84. “Being too nice is a crime today. Fake friends are everywhere around you. they will use you and when you are of no use, throw you away like a wrapper .” ― Shizra

85. “Lots of people want to ride with you in the limo, but what you want is someone who will take the bus with you when the limo breaks down.” – Oprah Winfrey

86. “A real friend is one who walks in when the rest of the world walks out.” — Walter Winchell

87. “Fake people are like soap bubbles. They pop out when the sun shines brightly.” – Chiranjude Bird

88. “The jealous are troublesome to others, but a torment to themselves.” – William Penn

89. “The worst part of success is trying to find someone who is happy for you.” – Bette Midler

90. “Betray a friend and you’ll often find you have ruined yourself.” — Aesop

91. “I love fake people provided they are mannequins.”― Pushpa Rana

92. “It’s always the ones with the dirty hands pointing the fingers.” – Sonya Teclia

93. “Learn to use the criticism as fuel and you will never run out of energy.” – Orrin Woodward

94. “A friend who stands with you in pressure is more valuable than a hundred ones who stand with you in pleasure.” – Edward G. Bulwer-Lytton

95. “Time passes and you begin to see, people for who they really are and not who they pretend to be.” – Scarlet Koop

96. “There is nothing I would not do for those who are really my friends. I have no notion of loving people by halves, it is not my nature.” ― Jane Austen

99. “A lot of problems in the world would disappear if we talk to each other instead of about each other.” – Unknown

101. “Friends are like boobs: some are big, some are small, some are real, some are fake.” — Unknown

102. “No person is your friend who demands your silence, or denies your right to grow.” – Alice Walker

103. “Life is all about losing friends, the people you know. So, just that you get better at finding the ones worth suffering for.” ― Mohit Kaushik

104. “Some friends are like pennies, two-faced and worthless.” – Unknown

105. “Make sure the lions you roll with aren’t snakes in disguise.” – Genereux Philip

If you’ve read this far, we hope your blood isn’t boiling, or you’re not crying in your beer. Some of these sarcastic fake people quotes may have hit too close to home.

But for every false friend or duplicitous hanger-on, you’ll find plenty of sincere, caring, and loyal people. Read through these quotes about fake friends whenever you are in doubt about someone. They may shine the light of truth on who they truly are.