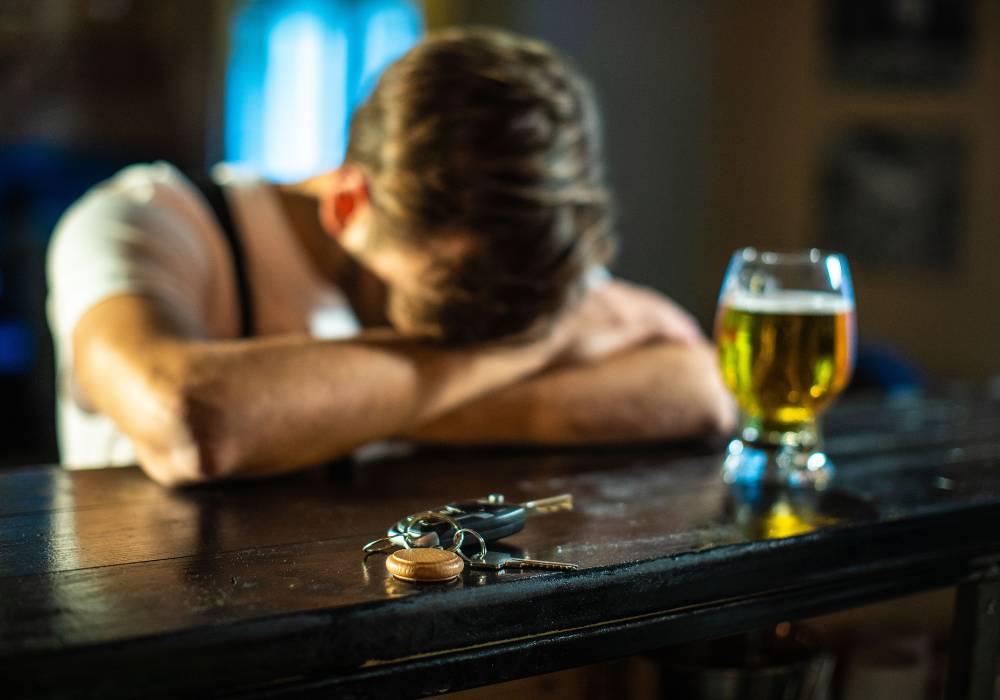 You and your ex might have different reasons for being unhappy, but you can’t quite escape the fact that you want your ex to feel miserable about what happened.

If you pay attention, you’ll find it easy to detect signs your ex is miserable without you.

Maybe you’ll want to use this information to figure out if you have a chance at getting back together.

Or, maybe you’ll feel satisfied to see proof that losing you hurts.

21 Signs Your Ex Is Miserable

Not all of these are signs your ex still cares.

Some just mean that he is in an unhappy phase because a once-important relationship ended.

He may long to put things back together or just need more time to recover from the emotional devastation.

Workaholism can be a great distraction from emotional turmoil. Once, he was eager to get out of work to spend time with you.

Now, he picks up extra shifts or gets a second job.

Maybe he believes you thought he lacked the finances to be your guy. He could be plotting to improve his circumstances to attract a new girlfriend or maybe get you back.

Or, he might be planning to cheer himself up with a new truck.

On the other hand, his depression has demotivated him to the point that he lost interest in earning an income. At this point, his parents are fretting that he’ll move back in and wish that he had not messed things up with you.

Quitting work or losing a job may happen because he’s reevaluating his life and will eventually start over. In the meantime, he may have lost his self-esteem and does not see the point in making money and taking care of himself.

A person’s misery can be reflected in eating too much or too little. If her weight balloons, then she is comforting herself with food. She’s really trying to mask the pain of losing you with the pleasure of food.

Alternatively, if she loses weight, the breakup was a big wake-up call telling her that she had let herself go. Now, she is working toward making herself attractive again. It is important to note that these weight changes in men after a breakup signal the same things.

4. He talks about being miserable without you.

The circle of people who knew you when you were a couple keep mentioning how sad he is. He tells them that he’s brokenhearted.

The weeks or even months since the breakup have not eased his pain.

He continually keeps mentioning that he can’t get over what happened. To be honest, he’s become a real downer for those around him, which is why you’re hearing about it.

Getting drunk or high pushes him past his typical sense of restraint. He sends texts, leaves voice mails, or actually gets you on the phone when he’s too buzzed to stop himself.

The “liquid courage” could result in a single text message or a full blowing up of your phone with declarations of love, desire, and regret. In all likelihood, he has too much pride to come back, but his resolve withers when intoxication robs him of his convictions.

6. He makes sure you know he has a new girlfriend.

He goes out of his way to ensure that you know he has “moved on.” He made sure to be with his new partner at a place where he’s likely to cross your path. He plasters his social media with pictures of them together.

Maybe he even tagged you to make sure you saw his bliss. But is he hoping to make you miss him? Whether he’ll admit it, his behavior reveals that his thoughts are bound to you.

7. She goes from fling to fling.

Showing off that first new boyfriend can turn into showing off a series of dating partners. She’s obviously rebounding over and over. She wants people to think that she’s highly datable despite things not working out with you.

The problem is that new partners are not making her happy either because she’s drifting from relationship to relationship. Her misery could be driving away people who find her toxic fixation on you off-putting.

If you’re lucky, he’s not sending you drunken “I love you” texts at 2:30 a.m., but he has definitely forsaken sobriety. You might see him intoxicated in public or begin to hear about his escalating alcohol or drug abuse from mutual friends and acquaintances.

Maybe he even got arrested for a DUI. This unfortunate behavior proves that he cannot cope with his emotions effectively. He’s medicating to escape his misery.

9. His health and hygiene have fallen off a cliff.

You recently encountered your ex and thought, “My ex looks terrible!” Even if he’s not hitting the bottle, he might be neglecting himself. His hair is unkempt and looks unwashed. Razors are no longer on his radar, and that neckbeard would make a blind woman grimace.

There’s Taco Bell sauce on his T-shirt, and he does not care. Overall, his appearance makes you glad that it’s over between you, but you feel a twinge of guilt about his mental health. Hopefully, he reboots soon.

10. Conflicts are consuming his life.

Some people react to misery by spreading the misery. He has become disagreeable with his friends, colleagues, and family. He might even pick fights with strangers at a bar or indulge in road rage.

Since his life took a bad turn after the breakup, he wants to distract himself by stirring up drama. This toxic behavior will weaken his remaining relationships and even get him in trouble with the law.

In his mind, other people cause his problems when he has become his own worst enemy.

11. He has dropped off the face of the world.

No one has seen him for a long time. He stopped doing his regular social activities. When friends reach out, he declines invitations. His invisibility could be a sign that he’s miserable without you.

He might not want to face the world now that everyone knows his relationship has failed. He’s embarrassed and maybe ashamed about what happened. You can interpret his seclusion as evidence that he’s having trouble processing his feelings.

Does Your Ex Hate You? 13 Reasons Your Former Partner Can’t Stand You

Is Your Ex Still Interested In You? 17 Signs Your Ex Is Testing The Waters

12. She talks badly about anyone you date.

Anyone who’ll listen gets to hear about what a step down your new girlfriend is. Your ex can list off many reasons that make the woman you’re dating unsuitable. She has no shortage of insulting comments to share.

Although she probably envies the person dating you, she is trying to soothe herself with the fantasy that she was the best thing that ever happened to you.

13. He trashes your name all over town.

Your ex has launched a public relations campaign to protect humanity from interacting with you. When this happens, his misery manifests in attacks against you. He could call you trashy, stupid, fat, or whatever he thinks will hurt the most.

He wants to make other people see you for the monster that you are. He hopes that this will translate into sympathy for him.

14. She talks about getting back together with you.

She’s been reaching out to talk. She’s framing your breakup as a cooling-off period so that you can work things out.

She might acknowledge the problems and propose solutions. Her nice behavior could tempt you to give things another try.

When a man or woman takes this approach after a relationship ends, the misery is masked by a plan to fix things. In your ex’s mind, you still have a future together once you get past this roadblock.

Many people have aspirations and goals, but misery can pull the plug on motivation. If your ex was actively pursuing goals, like starting a business or training for a marathon, and that’s come to a screeching halt, then he’s miserable.

What used to excite him has become pointless in his mind, at least for the moment. He needs more time to heal before being able to think positively about the future again.

There was a time when her quick response to your social media updates thrilled you. Now, you cringe a little to see that she’s still the first to reply.

Her misery has convinced her that staying as close to you as possible could win you back. If she can’t be with you physically, she is at least available online if you need to reach out.

17. People express their concern to you.

This is a very obvious sign your ex is miserable because people close to him are actually telling you he’s struggling. His friends might ask you to check on him because he’s been refusing to do anything with them.

Or, if he does hang out with his friends, they have to listen to his endless laments about the lost relationship. It’s hard to know if checking on him would help. The contact might just encourage more unhealthy behavior.

18. She makes it clear that she is so OVER you.

In this situation, she has adopted the “fake it till you make it” strategy. She’s hoping to erase her feelings of misery by insisting that she’s never been happier. She has no lingering feelings and is certainly not obsessing over what was lost.

The problem here is that, if these things were true, she would not talk about the subject so much. The Shakespeare line “The lady doth protest too much, methinks,” from “Hamlet” comes to mind.

If other evidence points to the misery of your ex, then moving away can be viewed as confirmation. Trying to live in the same town and move in the same social circles as you have become too much for him.

He has decided that happiness will be elusive if he keeps seeing you around town or encountering people you date. He is looking for a new space where he hopes to get over his heartbreak.

20. He starts bashing relationships in general.

He’s now very cynical toward the possibility of love. All that’s left of his love for you is total disdain for relationships. He jokes about significant others being a “ball and chain” and likes to brag about his “freedom.”

He may share memes about why relationships suck or make disparaging remarks about people being controlled by their boyfriends or girlfriends.

21. She likes to talk to you about old times.

If you have casual contact with your ex, she may form the habit of chatting to you about old times. This is not the same as two people who break up but remain amicable toward each other.

In that case, you would just have a casual conversation.

Your ex, however, gives away her inner misery by always trying to reconnect with you through shared memories.

How to Make Your Ex Miserable

The intensity of intimate relationships can make the desire for revenge after a breakup intense. You want to make him aware that he had a good thing in you and totally screwed it up.

Your daydreams about justice make you wonder how to make your ex miserable.

Here are a few things to try:

As the old saying goes, success is the best revenge. Whether you want your ex to be miserable or not, your priority is your own future and well-being.