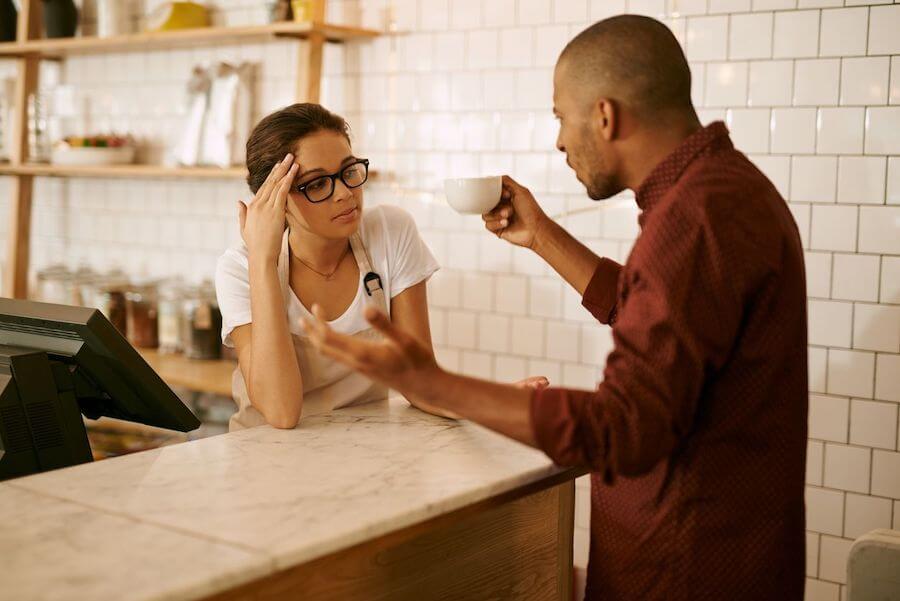 You’ve been talking to that relative again — the one who shrugs off the reports of death and suffering in places like Africa or Mexico but who was grief-stricken to hear about the fire in the Notre Dame cathedral in Paris.

Part of you thinks, “Why do some people lack compassion?”

But it’s not a total lack of empathy that’s the problem. It’s selective empathy — or selective compassion.

And we’re all guilty of it to some degree.

So, what can you do about it?

What Is Selective Empathy?

Selective empathy is empathy restricted to particular groups — typically those you belong to or identify as similar to yourself.

Refusing empathy to the “others” is centuries old and still rampant in every country.

Those others are often one of the following:

Aside from the groups most often regarded as “others,” humans have a way of “otherizing” people who don’t see things as they do.

It gets worse if the people in leadership normalize selective empathy and “othering” those who “don’t belong here.”

Because selective empathy is much easier to practice than universal empathy.

Why Do People Practice Selective Empathy?

Do narcissists have selective empathy? (short answer: yes) But this question implies that only someone with serious issues or who hasn’t been “properly socialized” practices selective empathy.

But think about people you’ve kept at arm’s length — or those you see as different because they don’t see things as you do. You probably don’t empathize with them as readily as you do with the people close to you. It’s a normal, self-protective human response. We all do it.

The reasons for it haven’t changed over the years.

Selective empathy has a way of creeping in when we don’t get along. And depending on the reason for it, it can be harder to overcome than selective empathy you just “picked up.”

Whatever the reasons behind your selective empathy, it’s never too late to learn how to exchange it for universal empathy. There will always be some who refuse to see you differently, no matter what you do. Don’t let them get in the way of your growth.

1. Recognize that you practice selective empathy toward some (and not others).

We all do, to some extent, because, as mentioned earlier, empathy takes work. And if we perceive someone as a threat, we protect ourselves by “othering” them (using John A. Powell’s term).

If they’re not “our people,” no one can blame us for not investing ourselves in anything that might improve their lives — even if we could.

2. Make it your business to educate yourself.

Learn more about groups you’ve “othered” and how being marginalized — by you, by their own families, by your government, etc. — has affected them. Use what resources are at your disposal and learn their stories.

See how they differ from your own, along with what they have in common with yours.

3. Put yourself in the other’s place.

If your experience of law enforcement, for example, is noticeably different from that of black and brown people, learn more about the discrimination they face and try to imagine going through that yourself.

Or imagine how you’d feel if someone you love experienced the same.

4. Change the words you use to change your perception.

Instead of describing refugees as “invaders,” “potential terrorists,” or “freeloaders,” you can describe them as fellow travelers or fellow humans going through something you’ve never gone through yourself. The words you use matter — even the ones that stay in your head.

5. Change the stories you tell.

Make it about humanity’s shared history rather than history told by the “victors.”

For a start, consider the histories of marginalized people living within our borders. What have they had to deal with that you have not?

What are their stories, and what could those stories teach you?

How To Deal With A Narcissist: 5 Guaranteed Tactics

The Problem With Having Too Much Empathy For Others

Get to the heart of why you’ve regarded some folks as “those people.” And look for what you have in common with them. Find something that ties you together. Look for a common cause you’re both willing to fight for.

It’s too easy to cut people out of your life or treat them like lepers because they look different or have different beliefs. It’s harder but more rewarding to find common ground.

Look for opportunities in your area to volunteer with people belonging to groups you’ve never worked with before — people with different backgrounds and/or beliefs.

You don’t have to become best friends but make it a goal to learn more about them while working together. At the end of the day, think about what you’ve learned and what you have in common with your coworkers.

8. Volunteer for the benefit of “others.”

Make it your business to spend some of your energy (physical, etc.) doing work that benefits people you’ve struggled to empathize with.

You might put together a concert or other surprise for nursing home residents. Or you could work in a soup kitchen preparing food and serving it to homeless people in the area.

Make yourself uncomfortable for a bit, and look for common ground with the people you’ve done your best to avoid.

9. Forgive yourself and look for ways to do better.

Growing in the right direction is a lot harder when you’re still condemning yourself for your past mistakes.

You’ve made them, you’ve acknowledged them, and you’ve learned from them. Now, it’s time to let them go and focus on what you can do in the present.

Treat yourself with the same compassion you want to show others.

What will you do to change selective empathy?

Now that you have a better understanding of why you might practice selective empathy, what will you do today to consciously practice universal empathy instead?

No more of this “othering.” What can you do to build a bridge between yourself and the people you’ve kept at a safe distance? How could it change your life to see them as people whose very existence enriches your own?

And what would it take for you to genuinely want only good things for someone who doesn’t share your perspective or beliefs?