11 Of The Best Ways To Build Trust In A Relationship

Are you wondering how to build trust in your relationship?

Maybe you feel as though you’ve hit a wall; there’s more to learn about someone you care about, but something is blocking your access to his or her deepest self.

Maybe someone you love has been through some rough times with other relationships. Trusting others has led to betrayal and pain, so why should this relationship be any different?

Knowing how to build trust in a relationship is one thing; working at it day by day is another.

But you hope to rewrite your loved one’s expectations.

To build trust, you’ll have to go above and beyond what comes naturally. Because this person has been hurt before by other ordinary mortals, you’ll have to be extraordinary in your efforts to build a trusting relationship.

So, what should you focus on?

Why is trust in a relationship important?

But if you don’t trust the other person (or vice-versa), making yourself vulnerable to him or her feels a bit like exposing your neck to a hungry wolf. It doesn’t make sense, and it’ll most likely lead to pain and regret.

Even little things in the heat of a moment can sabotage the trust you worked for months to build:

If you want to build a relationship that nurtures you both at the deepest level, mutual trust is essential. Without it, your relationship will remain in “safe mode” — like a computer restarting after an unexpected shut-down.

And while you want the other person to feel safe, you know that the kind of relationship you want involves risk. We’re not meant to be satisfied with superficial relationships.

But in order to go beyond that, both parties have to work at cultivating trust – both in themselves and in the other person.

How to Build Trust in a Relationship

This should be a fairly obvious candidate for the top eleven ways to build trust. Being honest with yourself, though, is just as important as (if not more than) telling the truth when a loved one asks you a question. 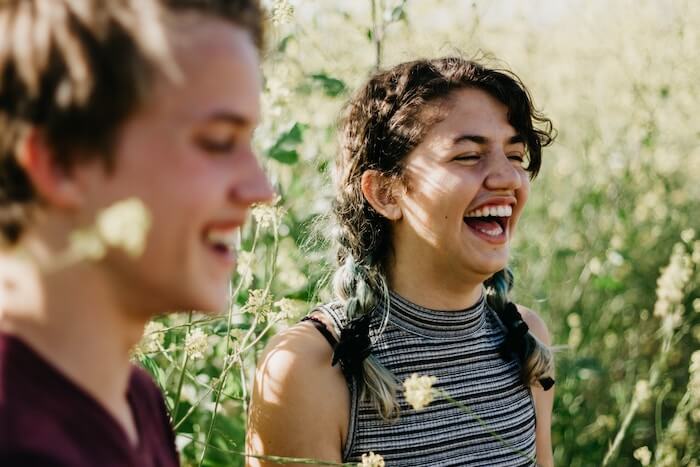 When you’re lying to yourself, you might not realize it until you see the look on the face of a witness who knows you. And when challenged to defend the lie, it gets harder when the one challenging you knows you well enough to see the conflict between what you’re saying and what you truly believe.

When you commit to doing something (especially if you’re doing that something for someone else) make your commitment clear and then do it. Hold yourself accountable and allow others — particularly those affected by your actions — to help keep you on track.

If you want others to trust you, let them see your ability to follow through and finish what you start — unless you come to an agreement that finishing a particular project isn’t in anyone’s best interests.

Related: How To Rebuild Trust When You’ve Been Hurt Or Betrayed

Building trust in a relationship is hard enough without broken commitments. So, either don’t commit at all or go all in.

If you’re in the habit of making promises and then breaking them, don’t be surprised if no one trusts you to keep your word — even if the excuses you give every time you break a promise are “understandable.”

Better to underpromise and overdeliver. It works as well for personal relationships as for customer service.

If someone wants you to commit to driving them somewhere, be upfront and admit that a prior commitment may make it impossible. Better to surprise them by showing up in time to drive them than to have to call them at the last minute to cancel.

If you make the promise and can't follow through at the last minute, the window of opportunity to find someone else to drive them has probably closed (detrimental reliance). So they’re depending on you to show up in time, which makes your broken promise all the costlier for them — and all the harder to forget.

One way to sabotage trust is to use ambiguous language to reach an agreement and then to exploit a loophole for your own benefit. 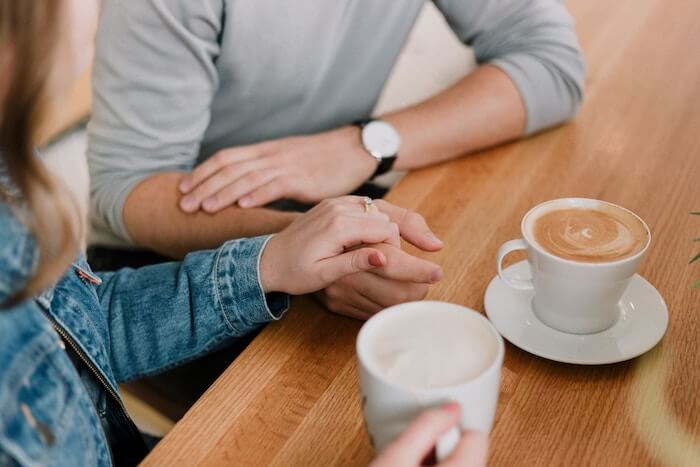 It’s deceitful, and no matter how clever you are at getting what you want, if others feel tricked or cheated by your ambiguity, you’ve lost more than you’ve won.

If you want someone to trust you, use clear language that leaves no loopholes for you to exploit, and then do exactly what your words commit you to.

Even idle threats can wreak havoc on trust in relationships.

Don’t try to scare people into submission, because while it might get their attention the first few times, the shock wears off, and they’re left with the impression that you’ll say anything — no matter how outrageous — to manipulate or to punish them — and that's emotional abuse.

You don’t need threats (idle or otherwise) to get your point across. And if your loved ones can’t trust you to mean what you say or to say what you mean, they won’t know when they can safely trust the words that come out of your mouth.

One of the biggest problems with the way we communicate is that, too often, we listen not to understand, but to reply. We listen for weaknesses in the other’s position, so we can exploit those weaknesses.

Related: 9 Of The Best Communication Exercises For Couples

We listen for triggers and for reasons to use one of our favorite responses. We forget to look beyond the words to the person speaking them.

It’s just easier to look for ways to win an argument than to put our egos aside and focus on what the other person needs from us. But this is not the way to build trust.

When you have a conversation, spend more time listening to understand the other. When it’s your turn to talk, choose the words that will communicate genuine interest in the other person’s perspective and ideas.

Don’t try to explain yourself, justify your actions, or prove yourself right. Whatever you “win” with your verbal gymnastics, it’s not worth the trust you’re forfeiting.

If you honor someone or extol something in public but your private words and actions say something else, you are not a person of integrity. You might have a future in politics, but trusting relationships will remain out of your reach.

Integrity costs you something. You have to consistently speak and act in a way that communicates the values you claim to hold dear, and that’s not something you can phone in or fake.

But if you’re willing to consciously work toward cultivating integrity, you’ll also be well on your way to showing others you can be trusted.

When someone else’s words or actions in a particular circumstance are different from your own, it’s too easy to take it personally

Sometimes, if you’ve already formed a strong opinion about how someone should handle a situation, any contrary response feels like a personal attack, even if the situation isn’t like any you’ve been in before.

If you want to know how to gain trust in a relationship, though, don’t jump to conclusions about the other person’s intentions or their words and actions.

You don’t know the internal context for their actions, so stop judging them by your own internal context. Assigning your own meanings to their words and actions ensures you won’t see them for what they are.

And rushing to judgment tells the other person that your own feelings matter more to you than understanding theirs.

9. Make a habit of doing the right thing.

Maybe you’ll have one-off mistakes now and then, but it’s easier to forgive those than to take one-off good deeds as evidence of reformation.

The more care you take to avoid those mistakes, though, the sooner you’ll build the kind of trust that can withstand the inevitable challenges to it.

10. Acknowledge and make amends for your mistakes.

Don’t be too proud to apologize and ask forgiveness when you’ve hurt someone. Call your misdeeds or hurtful words what they are (without “but” statements to explain or justify them), and do what you can to make amends for your mistakes.

Have compassion on yourself, knowing you’re a work in progress. Don’t let your ego get in the way of reconciling with someone you’ve hurt. You don’t have to be right — or in the right — all the time.

Related: Relationship Compatibility Test: Are Your Personalities A Love Match?

It’s better to give yourself permission to acknowledge what you did wrong, to apologize and make amends, and to move on.

I include “make amends,” because while the other person benefits from accepting your sincere apology, they’re under no obligation to pretend that what you did was okay or that it didn’t matter or cost anything. Do what you can to atone for the damage done.

Spend some time each morning forgiving someone – or a few someones – for something that’s (still) bothering you. Don’t carry that with you throughout the day; when you release that burden, it makes every other load easier to carry. And it releases that energy for better uses.

More importantly, though, your ability to forgive makes it easier for your loved ones to trust that you will love them even when they make mistakes.

It’s not too late.

No matter what you may have done in the past that sabotaged your relationships, you can take steps today to repair the damage and become the kind of person other people can trust — with their secrets, their lives, and even their love.

Choose at least one of the eleven ways listed above and make it your focus for today. Create a new habit around it and find ways each day to put it into practice.

And remember to listen in order to understand — not to reply. It’s a raw deal when you win an argument but lose the trust of the other person (as well as any witnesses to the exchange). But it doesn’t mean you can’t acknowledge your mistake and do what you can to make up for it.

People who care about their personal growth also care about being worthy of other people’s trust. So, the more you work on becoming the person you want to be — the kind of person you’d want your best friend to be — the more trustworthy you’ll become.

May your generous heart and commitment to growth influence everything you do today.

How To Get Over Trust Issues

9 Signs Of A One-Sided Friendship

77 Questions To Ask Your Significant Other For A Closer Connection

How To Be A Nicer Person In 14 Steps

“May your generous heart and commitment to growth influence everything you do today.”

Thank you Barrie for your words of encouragement.

Its educating and I motivated to work on my lapses, and make my relationship work based on trust.

11 Of The Best Books On Communication
121 Words to Describe Yourself In All Situations
How To Get Over Trust Issues
9 Signs Of A One-Sided Friendship
77 Questions To Ask Your Significant Other For A Closer Connection
How To Be A Nicer Person In 14 Steps
10 Clarifying Questions To Ask Your Unfaithful Spouse
How to Trust Someone Again When You’ve Been Hurt Or Betrayed
What Is Grit And How Do You Cultivate It?