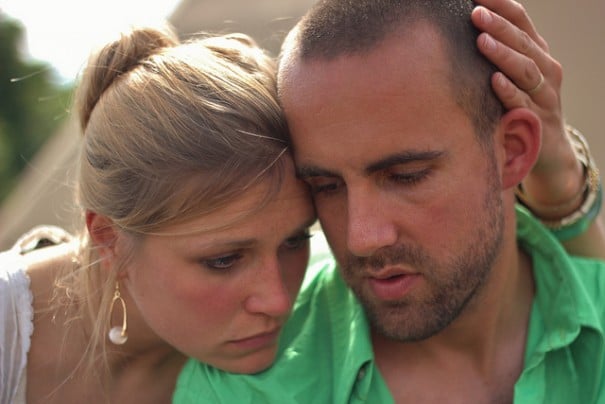 It requires doing something most of us find extremely difficult — getting past the ego self.

The thought process leading to an apology is complex and involves pushing past many internal barriers. We must honestly examine ourselves, our behavior or words, the motivation behind the behavior or words, and the feelings of those we’ve injured or offended.

We also need to project into the future to consider the long-term consequences of our actions, which can be quite uncomfortable.

The very first barrier to overcome is simply acknowledging we’ve messed up. This is the place most people get stuck. The minute we acknowledge this, we’re in a vulnerable position.

We aren’t the strong, flawless, wise person we want to project to the world. As soon as we admit to ourselves we’ve done something wrong, we feel diminished and lose some amount of self-esteem.

This self-esteem can be restored, but our knee-jerk reaction is believing we can restore it without admitting our mistake and making a sincere apology. We defend our actions, point fingers at other people, or deflect the impact we’ve had with our behavior. We tell ourselves our words or actions were justified or necessary.

We really dig in if the injured person reacts with anger or extreme emotion. Things begin to escalate, and now you have another buffer of emotional intensity keeping you from self-honesty. But have you noticed how posturing, defending, and blaming never make you feel better?

In fact, the only true way to restore your self-esteem, your integrity, and your relationships is by fully admitting your mistake and apologizing sincerely. Only then can you move forward with peace and confidence and do what is necessary to make things right with the other person.

Here are some thoughts on how to apologize sincerely :

Pay attention to your feelings

Most of the time, we know we’ve messed up the minute it happens. We say something or do something and feel that sick feeling inside. That feeling isn’t pleasant, and most of us don’t want to examine it. But the sooner you address a mistake the better.

When you ignore the feeling, you’re only delaying the inevitable — and you make yourself look insensitive, foolish, or defensive.

If you feel like you’ve done something wrong, then you probably have, even if no one has called you out on it. Be honest with yourself about why you’re experiencing the feeling and what you did wrong.

Step outside of your own ego, and pretend you are the recipient of the words or behavior that prompted your discomfort. Would you want an apology from yourself?

Pay attention to the other person

Often the first cue we have that we’ve hurt or offended someone comes from the injured party. They may tell us directly with calm or angry words. They may show us passively by withdrawing or behaving differently toward us.

People who have been wounded often have a harder time expressing themselves than the offending person does. There’s often emotional pain, anger, resentment, or frustration involved, and the longer you’re detached from the person’s pain, the worse it gets.

If you suspect you’ve hurt someone, and you notice a difference in behavior — or they tell you directly — then pay attention. Even if you believe in the moment that you aren’t in the wrong, acknowledge the pain of the other person.

Try to step into their shoes and understand their position. Just listening and acknowledging in a calm and receptive way can diffuse a painful, emotionally-charged situation.

When you are calm and not feeling defensive or angry, reflect honestly on your actions and how they hurt the other person. You will likely come up with many reasons why you behaved as you did, and perhaps have some legitimate rationalizations for your actions. But if there is any part of your behavior that was wrong, you must accept that honestly.

If you aren’t sure, or your feelings are getting in the way of self-honesty, find someone you trust who can give you some balanced feedback on the situation.

Sometimes there are scenarios when you are clearly and completely in the wrong, and other times it’s not so black and white. But if some aspect of your behavior was wrong, an apology for your part is still in order.

As soon as you know you need to apologize, do it quickly. Allow emotions to calm down, and take the time for reflection if necessary. But after that, it’s time to take a deep breath and make amends.

Any offense seems worse over time. It can grow out-of-proportion and cause deeper pain as the injured party has more time to ponder it and live with the pain.

The longer you wait, the more difficult it will be for you to step forward and accept responsibility for your actions. You’ll appear defensive, thoughtless, and obtuse to those involved in the situation.

Make apologizing your priority once you know it needs to happen.

Do it in person

If at all possible, make your apology in person. Yes, it’s more uncomfortable that way, but it is also more sincere and genuine. Sit down with the other person, look them in the eye, acknowledge your wrong-doing, say you are sorry, ask for their forgiveness, and promise to do better going forward.

If the other person is still angry and expresses their anger and pain, listen and acknowledge them. Show humility and real sorrow for your actions.

Don’t try to defend your actions or make excuses. Don’t try to deflect any blame on to the other person. When you are apologizing for your behavior, take complete and full ownership of your mistake.

If you can’t apologize in person, talking by phone or Skype is the next best alternative. Never apologize by email or text.

You may feel the other person involved is partly culpable or has something they need to apologize for as well. This may be true, but your moment of apology isn’t the time to expect one from them.

Offer your apology unconditionally, and don’t get offended or defensive if an apology isn’t forthcoming from them.

Often apologizing softens the heart of the other person, and they will spontaneously say “I’m sorry” as well. But if they don’t, simply accept their response graciously.

Then later, if you wish to bring up your feelings about their behavior, do so without attaching it to your apology. Tell them how their behavior impacted you, but don’t demand a reciprocal mea culpa.

Your apology needs to come from a legitimate feeling of remorse related to your behavior — even if you never get an apology in return.

Some mistakes require more than one apology. If you’ve really broken someone’s trust, had repeated bad behaviors, or intentionally embarrassed or hurt someone, you’ve got some ground to cover before the relationship can be healed.

You may need to acknowledge your wrongdoing several times and apologize repeatedly until the other person feels and accepts your sincerity. This is especially necessary when the offended person experiences ongoing pain and grief as a result of your actions.

If you want to heal the relationship and regain trust and respect, you can’t stop with the verbal apology. You must change your behavior, and take any specific actions needed to make the other person feel secure in your integrity.

If your offense was deeply wounding, you may need to go above and beyond ordinary measures to make the other person feel confident in you again.

For example, if you undermined one of your work colleagues in front of a group, you may need to defer to her or publicly praise her many times in future group settings. Or if you had a marital affair, you may need to be overly transparent about your behaviors for many months.

Words are important, but action speaks far louder than words. Show the other person that you are truly sorry.

Admitting your mistake, taking ownership of it, and sincerely apologizing is never easy. However, it’s inevitable you will be in this position many times in your life.

Having the courage and emotional maturity to make a complete and sincere apology will strengthen your relationships, boost the respect others have for you, and bolster your own self-esteem.

Do you have something tugging at your heart right now that requires an apology?

Don’t wait. Take action now to restore your integrity and repair the relationship by making a sincere apology and doing what needs to be done to rebuild the connection.

6 thoughts on “How To Apologize Sincerely”