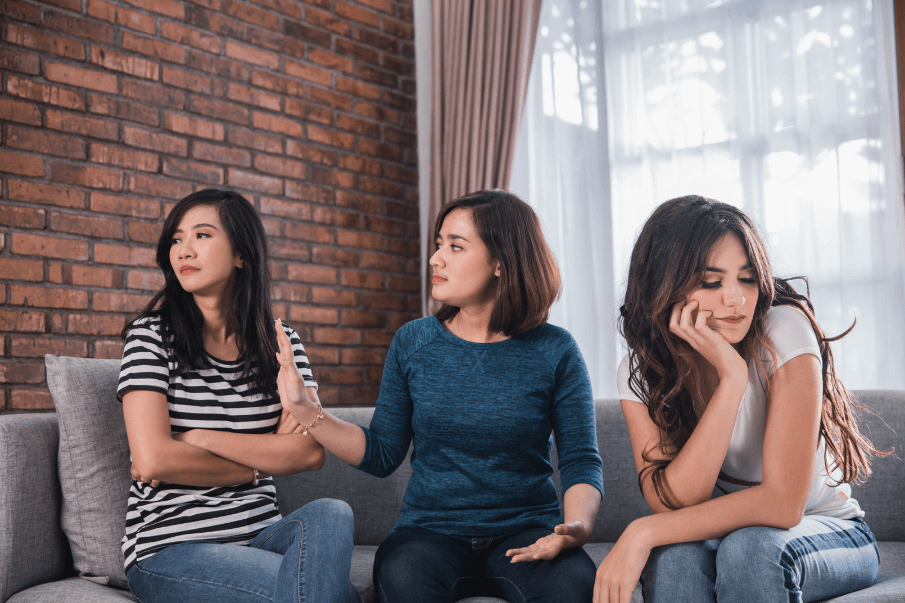 Your sensitivity is an essential part of who you are.

It’s what makes it so easy for you to empathize with others.

But sometimes, that sensitivity can make life a lot harder than it has to be.

You know what we mean. It seems you can’t get through a single social interaction without feeling stung by someone’s ill-chosen words.

Maybe they meant to hurt you, or perhaps they didn’t.

Ultimately, it doesn’t really matter what they intended.

You want to know when you started taking things so personally.

And you’re ready to learn how to stop being so sensitive all the time. It’s exhausting!

Why Am I So Sensitive and Cry Easily

Why are you like this? And how can you stop being so sensitive?

Perhaps you allow negative, reactive thoughts to carry you into debilitating angst.

You’re not alone in that.

If you’re already sensitive, it’s much easier to take things personally, even when they’re not intended that way.

No one — not even the most sensitive person — has to feel raw, exposed, and vulnerable all the time.

You can choose to base your self-talk on others’ negative opinions, or you can base it on love, compassion, and gratitude toward yourself and others.

Are You Too Sensitive? 11 Ways to be Less Emotionally Sensitive

If your oversensitivity is casting a shadow over every social interaction and negatively impacting your life, it’s time to take therapeutic action. Think of it as self-care for the sensitive soul.

You deserve to make the very best of your sensitive and empathetic nature.

The following eleven strategies can help with that.

1. Write about what you’re feeling.

It’s a good thing so many sensitive souls have a weakness for journals. Use that.

When you’re feeling overwhelmed with an emotional reaction to someone’s words or behavior toward you, write about it. Write down what you’re feeling and what thoughts you’re having.

Once you’ve put it all into words, it’s much easier to do what comes next.

2. Use what you’ve written to identify your triggers.

The more you write about what you’re feeling, the easier it is to spot recurring thoughts.

Those thought patterns have roots that can go deep, and you’re better off seeing them and knowing what to do when they surface. As long as you remain blissfully ignorant of those patterns, they’ll keep surfacing, turning the slightest provocation into torture.

Before you can heal yourself, you need to know what your mind is up to.

3. Learn to distinguish between constructive criticism and egocentrism.

Not everyone will like you, and if someone wants to see the worst in you, there’s no point in dwelling on that. Ultimately, it has more to do with them than with you.

On the other hand, constructive criticism — when you recognize it as such — is offered out of love. It’s meant to help, not hurt.

Try to see it as a gift from a child who’s been outside playing in the dirt. It may not look pretty on the outside (because we don’t always know the best words to use), but there’s love in it.

4. Limit your exposure to negative influences.

We’re not saying you should completely avoid people who occasionally say negative things. But those who only see in you what they don’t like don’t need to be in your inner circle.

That ring is best populated by those who love and accept you as you are — those who might, on occasion, offer constructive criticism.

Do not engage those who only want to drag you into a conversation that benefits no one. And if you’re already in one, find an exit.

5. Realize that you’re responsible for your emotions — not for others’.

When you take responsibility for your own emotions and actions, you’re less likely to react in a way that others might take personally. If they choose to do so anyway, that’s on them.

Sometimes, it can be hard to know whether you’re at fault for the way someone feels, especially when they attribute those feelings to something you’ve said or done.

Focus on your own responsibilities. And focus on what you tell yourself (out loud or in your head) — not on what other people might think of you.

6. Accept that you’re an observer of others — not a mind-reader.

You have no control over how someone else will interpret your words and actions. You’re responsible only for what you can control: your thoughts, your emotions, and your actions.

You can’t know what’s going on in other people’s heads, and it does you no good to assume they have bad intentions toward you.

Most times, other people focus on their own thoughts, emotions, and personal challenges, and you’re just a bit player in their story.

So, if their words seem critical, judgmental, or thoughtless, you can usually trust that they’re bothered by something that has nothing to do with you.

13 Proven Ways To Be Less Selfish In Your Life

How to Stop Being Bitter: 13 Steps To Overcome Bitterness

7. Know when to abstain from participating in a conversation.

It’s perfectly fine (and often wise) to decide not to engage in a conversation about a political, religious, or otherwise controversial topic.

In such conversations, the more opinionated participants may become verbally abusive toward those who disagree with them. And you know you don’t want that on repeat in your head. No one does. The less you hear of that, the better.

If you can’t avoid it entirely, try to find a better focus for your mind, so you don’t spend every moment bracing for a critical or passive-aggressive comment. If you can’t be physically absent, find a happy escape for your mind.

8. Practice gratitude as a correction to negative or runaway thoughts.

Once you start down the path to overthinking someone’s words or actions, it’s hard to stop. Pretty soon, you’re hurtling down that path, blind to everything else.

But you’re not doomed always to respond this way. You can train yourself to react to negative thoughts or suggestions with gratitude.

The more you turn your focus in that direction, the more powerful you become over everything in your life.

That includes your sensitivity, as well as your other gifts.

9. Expose yourself to discomfort.

This sounds contrary to strategy #4, but — done mindfully and with preparation — it can help you put yourself in a position where someone else’s reaction to you might humble you.

Stepping outside your comfort zone is essential to your growth. That said, as with most good things, moderation is key.

And preparing yourself with ideas for redirecting your thoughts can help you make the most of it.

10. Expose yourself to different perspectives and viewpoints.

Being confronted with viewpoints contrary to your own is never comfortable. Still, it can open your eyes to different ways of thinking, which can also help you question your prejudices and assumptions.

It can also help you realize why someone might take offense at something you say or do because you won’t only be seeing it from your limited perspective.

The more you care about others, the more you’ll want to know what words and actions might send them the wrong message.

11. Be patient with yourself.

You won’t become less sensitive overnight, but you can start moving in a healthier direction today.

Remember, it takes time to create a new habit — including habits of thinking. It took you more than a day to build the habit of taking things personally, too. And you’re human; there will be slip-ups.

Be kind when you catch yourself slipping. And make a conscious effort to replace any negative thoughts with compassionate, forgiving, and grateful ones.

FAQs About Being Emotionally Sensitive

As much as you want to be less sensitive, it’s hard to simply block the feelings. You may wonder if there’s something “wrong” with you or if you’re different from others. Here are some questions about those concerns and answers you need to know.

Is there a disorder for being too sensitive?

No, hypersensitivity isn’t a disorder. Being a highly sensitive person (HSP), a term named by psychologist and author Elaine Aron, is a perfectly normal personality trait. Also called sensory-processing sensitivity, this trait is present in 15-20% of the population.

It is characterized by high reactivity to external and internal stimuli—pain, hunger, light, and noise, as well as possessing a complex inner life. It may feel like a disorder since the majority of people aren’t hypersensitive, but it is a unique and often positive part of who you are.

Why am I so sensitive for no reason?

There is a reason you are sensitive — you are more in tune with your feelings and emotions than others. And that can be a good thing.

Our sensitivities make us valuable members of society, as we can use them to be more compassionate and intuitive. We can sense things before others and understand subtleties that leave others baffled.

How do I toughen up emotionally?

It’s challenging to live in a world where most people don’t share your traits. Unless they are people close to you, those who are less sensitive may not adjust to your needs and triggers.

If you want to succeed in a world of non-sensitives, you need to learn ways to press on without allowing your emotions to undermine your efforts and goals.

It’s not so much a matter of “toughening up” but instead managing and adjusting reactions and mindsets.

You know how to be less sensitive.

Now that you know how to stop being so emotional in response to other people’s words and actions, what will you do differently today? How will you apply one of these strategies to make this a day you feel stronger and less vulnerable to others’ negativity?

I promise you every step you take matters. Every action to separate yourself and your self-worth from others’ opinions and behavior will help you grow stronger.

What step will you take first?