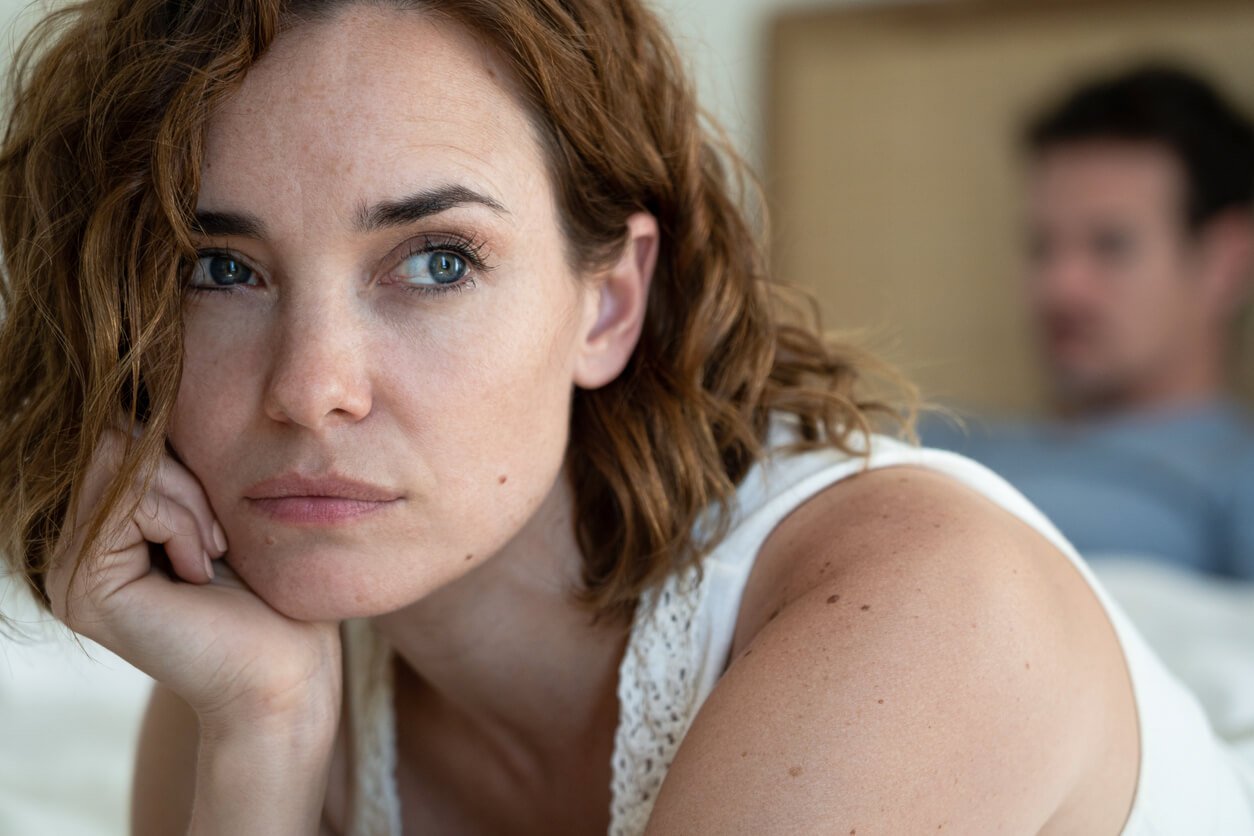 Let’s first let go of the idea that all women who cheat are irredeemable, selfish monsters.

Generalizing is lazy thinking dressed up (often enough) as cleverness.

It’s not that simple.

There’s more to cheating women and the reasons behind their infidelity than most people bother to understand.

You’re here because you want to.

Let’s start with some simple facts about cheating and go from there.

What is the Psychological Reason Behind Cheating?

The psychology behind cheating is worth keeping in mind, if only because it helps us understand why someone cheats even when their partner has done everything possible to show them love and treat them with respect.

Here are a few clues to get us started:

What Are the Signs of a Cheating Woman?

Look for the following signs your partner may be cheating on you:

While none of the above are actual proof she’s a cheater woman, they do serve as red flags (with blaring alarms). Take them seriously enough to insist on a heart-to-heart conversation with your wife or partner.

Better to get an honest answer (however painful) than to spend another day worrying.

How Does Cheating Affect a Woman Mentally?

How cheating affects a woman mentally or emotionally depends on the particular woman in question and her personal values.

If cheating is a direct and serious violation of those values, she’s more likely to feel guilty about it, which can manifest in a variety of ways:

If she’s been unfaithful to you, and she feels even a little guilty about it, the truth will eventually spring a leak.

13 Psychological Facts About A Cheating Woman

Read through the following psychological facts about cheating and make a note of any points that stand out for you. Keep in mind none of these facts, if they apply to your situation, excuse or justify the cheating.

The goal here is simply to understand better than before.

1. She feels unwanted or taken for granted.

She needs to be seen as more than “the wife” or “the partner” or as the mother of your children. She needs to feel valued and wanted—not just needed for what she can do for you.

You may take her desire for you for granted, but she doesn’t assume you still want her the way she needs to be wanted.

2. She uses alcohol or other addictive substances to escape.

This substance abuse isn’t true of all cheating women, but alcohol (enough of it) makes infidelity more likely when your wife or spouse is thrown together with a guy who’s as willing (or as impaired) as she is.

If she wakes up the following day next to someone other than you, she may have no memory of what happened the night before.

If her remorse is genuine, pay attention to the why behind the drinking.

3. She’s lonely (with you) and feels emotionally connected to someone else.

She’s human. And humans need to feel connected to other humans.

If her connection to someone else grows deeper than the one she feels with you, she’ll find it harder to say no if the other person, who makes time for her, wants physical as well as emotional intimacy.

If there’s a strong mutual attraction, an emotional affair can easily transition to the physical.

Whether this is a new development or something she’s always struggled with, she may feel unattractive or uninteresting to you, especially if the passion in your relationship has cooled.

So, if someone comes along and builds her up and is there for her, she’s likely to feel a stronger connection with them.

And with mutual attraction comes temptation.

If you don’t spend much time together, let alone communicate on more than a superficial level, she may look for excitement and stimulation somewhere else.

We’re not condoning infidelity. But keeping the relationship strong is a two-person job.

If couple time is taking a back seat to everything else, she may look to someone else for the thrill and romance she sees with others and doesn’t have with you.

6. She wants to be the dominant one in your relationship.

This desire is a whole other ball game, but if your wife likes to be the dominant half, she may cheat simply because she’s feeling less than satisfied with your attention or the time you spend together. And she may feel justified in seeking gratification elsewhere.

Men aren’t the only ones capable of being players; dominant women can be just as insatiable and ready to play the field.

If she’s cheated on past partners, she may be more likely to cheat on you. That said, her past infidelity is no guarantee of an encore.

Pay less attention to the fact she cheated than to the reasons behind it. Repeating the same circumstances in your own relationship is a much stronger indicator.

On the other hand, if she’s a serial cheater, it’s not really about the circumstances.

8. Cheating is part of her family history.

If one or both of her parents cheated on the other, she might be more inclined to do the same in a committed relationship of her own.

Again, look beyond the act in her past. She may seek to understand why her parent cheated. And she may cheat only because she believes it’s part of her make-up (“like mother/father, like daughter”).

Maybe she wants revenge because you cheated on her—or because she sees you spending more time with someone else and suspects you of cheating.

Or maybe she’s looking for a way to show you what can happen when you neglect your partner and leave her to find friendship, romance, and intimacy with someone else.

For whatever reason, she’s cheating to punish you or as a prelude to a break-up.

And your relationship doesn’t have any. Maybe it never did, or perhaps work, parenting, etc., have dominated your time and energy. You’ve forgotten what it was like to find it impossible to keep your hands off each other.

She may think you’re just not interested (enough) in rekindling what you had. Meeting someone who wants her as badly as you used to desire her may just scratch that itch.

She’s especially committed to maintaining a conversation with someone she met online in a Facebook or Twitter group, on an online forum, etc.

She seems more invested in her social media time than ever before. And she pays less attention (if any) to your social media activity.

In fact, she may only see it as further proof of the widening chasm between you.

12. Her success has altered the relationship.

She’s found success in a career she loves, she’s earning considerably more, and she’s hanging out with people who, like her, make more than you do.

Just as you may feel left behind, she may feel you’d rather complain about your job situation (and about her) than actually do something to improve your life or your relationship.

And she may feel a pull toward a colleague with similar goals.

13. She has a habit of breaking rules and taboos.

It’s also possible she doesn’t believe in monogamy or committing to one sexual partner for as long as they both shall live, etc.

She’s likely to remind you of this if you call her out for hooking up with someone else.

To her, sex is a natural appetite. And monogamy seems as unnatural as eating only one type of food for the rest of her life.

Now that you’ve looked through all 13 of the psychological facts about cheating women, which ones stood out for you?

Which, if any, have changed the way you see your partner or your relationship with her?

Not all relationships end as a result of cheating, though many do. Whatever you and your partner decide, may you both find a better way forward — with forgiveness and peace.

What will you do differently today?