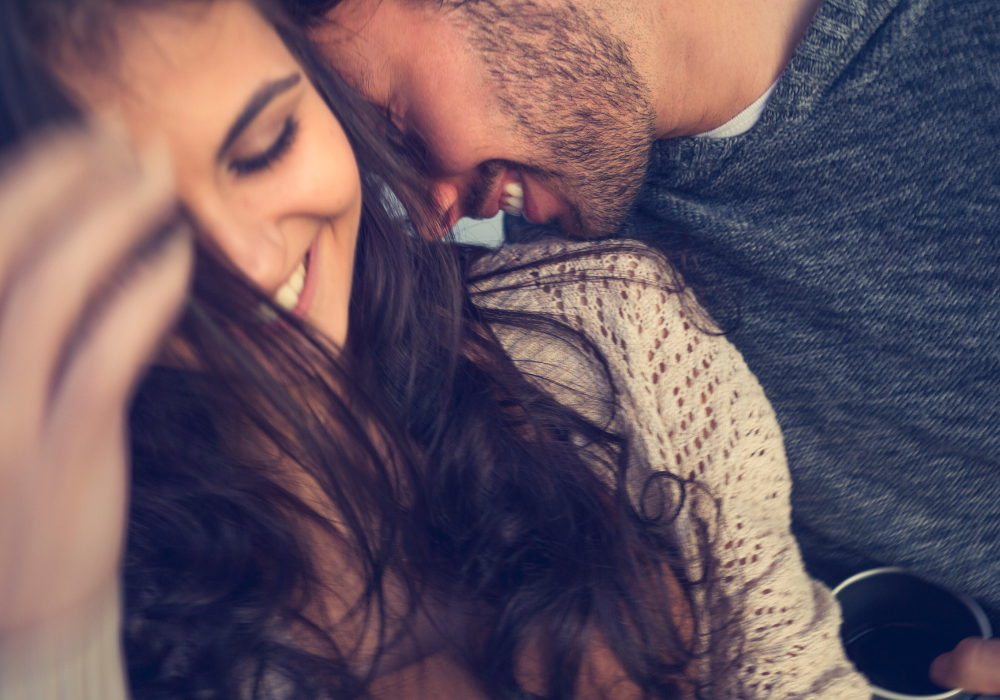 Infidelity is one of the most difficult things to endure in a relationship.

In fact, according to the American Psychological Association, roughly 60 percent of couples will break up after an affair occurs.

To say that it is devastating for trust and self-perception is an understatement.

Men are also more likely to be unfaithful than women are.

So what goes on in their minds during an affair?

In this post, we’ll cover the mindsets of a man cheating on his partner.

Psychological Facts About a Cheating Man

So how does the psychology of cheaters work, and what should you know about an unfaithful partner?

Many things may go through the mind of a cheating man. Psychology plays a role, with elements of insecurity, self-perception, self-loathing, anger, and impulsivity.

But mental and emotional factors being in play do not excuse infidelity. Everyone is in control of their own actions. As the saying goes: these facts explain but don’t excuse.

Here are some things that can affect the psychology of a cheating man:

What Is The Mindset of a Cheating Man? 13 Thoughts and Attitudes of Mr. Cheater

So what is going on inside the mind of a cheating husband or partner? Here are some things that might be going on in a cheater mentality.

Sometimes, infidelity is fueled just by a selfish need for sexual gratification. People who think like this may feel they are owed sex and may impulsively seek it out or take advantage of it when offered.

It is similar to a person with a shopping addiction. In cases like this, it is all about instant gratification without worrying or thinking about the consequences.

It comes down to a lack of self-discipline, where people choose instant gratification over considering other aspects such as their partner’s feelings, the ramifications on their relationship, and the effects on their conscience.

Sometimes, men are unfaithful because of insecurity. They might feel their partner is smarter or more attractive than them — or it may not have anything to do with their partner at all.

Faced with situations that make them doubt themselves or feel inferior, some men find unhealthy ways to cope, including infidelity.

To paraphrase a popular meme: “Men will literally cheat on their partners rather than go to therapy!”

It isn’t true of all men, but self-doubt can play a role in how some men perceive themselves and try to overcome those feelings in unhealthy ways.

3. They Blame Their Partner or Justify Infidelity

Some men try to justify infidelity by blaming frustrations in their relationship or even perceived defects in their partner.

They might say that they wouldn’t be cheating if their significant other had sex with them more, gave them more attention, or if she hadn’t gained weight.

Every relationship has its struggles, and this kind of justification is a way of avoiding addressing them as a team.

Still, it is a convincing way for an unfaithful man to tell himself that he isn’t getting what he “needs” out of his relationship and is justified in seeking that attention or gratification elsewhere.

4. They Tell Themselves They Can’t Help It

Some men convince themselves that they are simply powerless against the temptation of sex with someone other than their partner.

They might tell themselves that there is no way they can resist those basic urges or that they are incapable of having a satisfying relationship with one person.

They look at it as a problem or even an addiction. When people truly believe this, they usually need long-term psychotherapy to help them resolve their self-perception issues.

And, of course, the infidelity won’t stop unless they agree to try therapy and sort through these problems on their own.

5. They Feel Misunderstood or Unlovable

Low self-esteem is frequently at the root of infidelity. Many men who cheat feel like their partners don’t understand them — or even that they are inherently unlovable.

When this happens, they may seek that understanding or affection elsewhere. As with all infidelity, this is not their partner’s fault but a personal problem that has to do with a lack of communication and self-perception issues that need to be worked out in therapy.

When someone avoids working through their problems, they may try to cope by seeking sexual gratification elsewhere.

Did One Of You Cheat In Your Marriage? 10+ Common Reconciliation Mistakes To Avoid

Suspect Your Girlfriend Is Cheating? 25 Signs She’s Stepping Out On You

Sex is one of the oldest power plays in the world. Men in positions of power, perhaps in the workplace or because of financial status, may cheat because they feel powerful.

This situation can be even more problematic if they cheat with subordinates, leading to an imbalance of power dynamics.

Many men feel attractive and powerful when having an affair, especially if they use their status to get what they want. The root of all this may be narcissism or low self-esteem, which need to be worked out in therapy — and that requires intense self-reflection.

7. They’re Afraid of Being Abandoned

Some men cheat on their partners because they are afraid of being alone. They think that having more than one partner will reduce their fear of abandonment.

This fear goes along with being afraid of rejection and is often tied to a deep sense of dissatisfaction with themselves.

Of course, having more relationships doesn’t solve the problem — it just buries the fears and anxieties in unhealthy coping mechanisms.

Men with these issues need to commit to working through them in therapy to find out why they are so afraid of rejection and loneliness, requiring a willingness to self-reflect and change.

Sometimes, infidelity is fueled by a sense of danger and pursuing the forbidden. Many men who were unfaithful to their partners say they enjoyed the adrenaline rush of breaking the rules and crossing boundaries.

In other words, they cheated because they knew it was wrong but enjoyed the gratification of flouting the rules and “being bad.”

While seeking the rush of dopamine and adrenaline is natural human behavior, everyone is responsible for their actions.

In this case, this is a warping of some natural tendencies. Many people enjoy breaking the rules and pursuing that adrenaline rush, but it’s not a justification for infidelity.

Revenge cheating is real, where a person punishes their partner by having sex with someone else. They intentionally use sex to hurt their significant other for real or perceived injuries, such as a lack of intimacy or poor communication.

On the flip side, some cheaters convince themselves that they are doing their partner a kindness by dealing with their anger or unhappiness by having an affair.

It is an excuse to avoid difficult conversations and uncomfortable topics. Both are the result of communication avoidance and a refusal to take accountability for their actions.

10. They Have a Warped Idea of Love

Some people cheat on their partners because they have a misguided perception of what love is.

So they search for that initial rush of dopamine and passion somewhere else. It is often a problem for people who have never been in a long-term relationship before or never witnessed one modeled by their parents.

11. They’re Having a Crisis of Identity

We have all heard of a mid-life crisis, but the truth is that people can have a crisis of identity at any age. Nevertheless, middle age is a typical time to experience this.

Men may feel panicked as they age and slow down, especially if they are feeling less attractive than they once did.

Getting older can also mean dealing with sexual dysfunction, which may make men doubt themselves and suffer from low self-esteem. As with all infidelity, this is no excuse — but it can be a factor.

Interestingly, while many cheaters are fueled by low self-esteem or even self-loathing, others may operate from narcissism.

This flawed method of thinking makes people believe they are entitled to all their partner’s attention or even that they are owed sex.

Narcissists who cheat on their significant others think they deserve an unrealistic level of “tending” and are therefore justified in looking for it elsewhere.

This behavior is entirely selfish and not the fault of their partner.

With all the things that may be going through a man’s mind when he cheats, sometimes the answer is that nothing is going through his mind at all.

People may mindlessly cheat on their partners for any of the reasons on this list without thinking of the long-term consequences.

Sometimes infidelity happens because a man has poor impulse control, especially if he’s been drinking or suddenly finds himself in a situation where cheating is an opportunity.

More Questions About a Cheating Man

Here are some common questions people have related to unfaithful men and why they cheat.

What Goes Through a Man’s Mind When he Cheats?

Many things might go through a man’s mind when he cheats. But most of them are related to a common theme of low self-esteem and blaming relationship struggles on the people around them instead of taking personal accountability.

How Do Men Behave When They Cheat?

There are many signs of infidelity. You may suspect an affair if your significant other is spending a lot of time on his phone or computer or if you can’t get in contact with him for long periods.

He might be emotionally distant or hostile or have sudden schedule changes. You might notice he isn’t as interested in sex as he has been in the past.

Why do Guys Cheat Even if They Love You?

Infidelity happens for many reasons, even when both partners love each other. However, a man should show his love in actions, not words.

The real test is if the cheating partner is willing to do the self-examination necessary to work through the root of the problem and make changes going forward.

Can a Cheating Man Change and Be Faithful?

A cheating man can change and be faithful, but it doesn’t always happen. It takes a lot of therapy, work, and self-reflection to reverse the damage caused by infidelity.

A cheating partner will only change if they decide to take accountability and work on themselves.

There are many reasons why infidelity happens in a relationship, and it can take a lot of time and work to heal. The psychology of cheating is complex.

While many marriages don’t survive it, it’s possible to recover if the unfaithful partner is committed to being accountable and making amends.