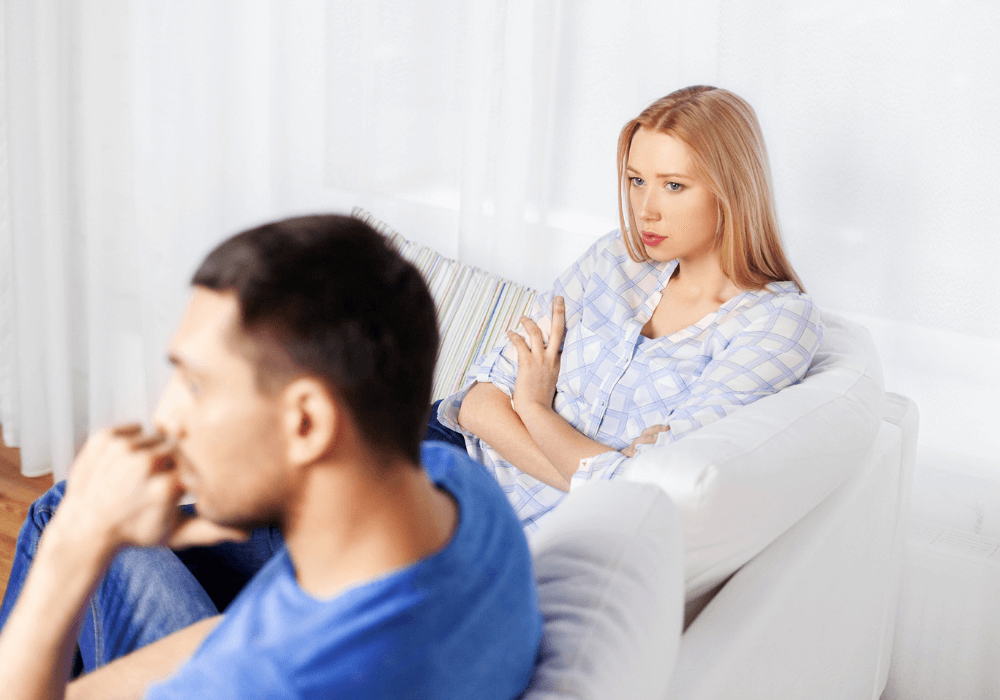 What does it mean when your husband never compliments you?

If that’s what you’re wondering, rest assured — you’re not alone.

Many women just like you think, “My husband compliments everyone but me,” and it’s a lonely feeling.

You don’t know when or why he stopped paying you compliments.

But it’s time to get to the bottom of it.

The more you know about your unique situation, the easier it is to see what to do next.

What Does It Mean When Your Husband Never Compliments You?

Every relationship is different, so it’s impossible to pin down the exact reason your husband isn’t paying you compliments. But we can offer a list of possible reasons:

The way you respond to compliments could be a huge factor. If you’ve blown off or explained away his compliments in the past, he may see no benefit to giving them—since you don’t seem to believe his compliments, anyway.

Are Compliments Important in a Relationship?

Now we get to an important question: Should a husband compliment his wife?

In a word, “YES!” In fact, psychologist John Gottman argues that, in a healthy relationship, compliments outnumber criticisms by more than five to one.

If your guy only rarely pays you compliments, consider the following:

Keep in mind, too, that how you both respond to compliments matters just as much as how often either of you gives them.

What You Can Do When Your Husband Doesn’t Compliment You

The lack of compliments often signifies something deeper than forgetfulness. And identifying that cause will require stepping outside your comfort zone.

No one likes tense conversations. Even marriage prep courses tend to skim over the deeper, difficult questions. They want your experience to end on a high note.

Think of the following list of actions as a belated acknowledgment that marriage is a minefield. Add it to your toolbox for those times when you and your spouse feel miles apart mentally and emotionally.

Those days will come. How you deal with them is what matters.

My Husband Never Compliments Me: 7 Actions You Can Take to Get the Praise You Need

Fortunately, there are actions you can take to improve your relationship and make compliments easier to give—for both of you. Look through the following list, and make a note of any points you want to remember.

Tell him you’ve noticed he doesn’t pay you compliments anymore, though you’ve heard him compliment others, and ask him about it. Be honest about how you feel when you hear him pay compliments to other people but not to you.

Get to the real reasons behind his forgetting to pay you compliments (or avoiding it) without being confrontational or making assumptions about him.

Once you resort to assumptions, conversations go downhill fast.

Communication is key to the success of any relationship. And if something is bothering you, it should matter enough to him that he’d want you to talk to him about it.

The same principle applies when something is bothering him.

2. Let him know which types of compliments you like to hear from him.

You don’t need to give him a list of compliments to choose from. In fact, don’t. Just give him a general idea of what you’d like to hear from him.

3. Resist the pull of hyperbole

Let’s be honest:  “rarely” is more realistic (and probably more accurate) than “never.” Your husband has probably, at some point, paid you a compliment of some kind.

Maybe he’s never been as generous with compliments as other men you’ve known. And it’s possible he doesn’t realize you want to hear them more often. But the rarity of his compliments doesn’t mean he doesn’t care–or that he doesn’t notice.

Think of how annoying it is when someone makes a sweeping statement about something you’ve done a few times. Suddenly, “You always …” or, with things you don’t do as often as you used to, it’s “You never…”

No one is that consistent.

4. Focus on the compliments he does give you.

Think back to the last compliment you remember receiving from him. Try to remember more besides that one. What did he compliment most? And how did you feel with each compliment?

Think about why you felt better about some compliments than others. Maybe some felt backhanded or passive-aggressive. Maybe some focused entirely on your body, with none referencing your mind, your personality, or anything else.

Maybe he ogled you up and down and told you you look hot. And while you hope he noticed your other praiseworthy qualities, you certainly didn’t hate the compliment.

For now, focus on the compliments you feel good about. They don’t have to be perfect.

Then move on to the next step.

Now that you’re thinking of compliments he’s given that you’ve enjoyed, think back to the way you responded to them. Did you smile and thank him? Or did you roll your eyes and answer dismissively, as if to say, “No, you’re wrong, and here’s why.”

Now, imagine you give your husband a genuine, heartfelt compliment, and he brushes it off with a bored expression and something like, “Whatever,” or “Yeah, okay.” Ouch!

How likely are you to pay him another compliment (or at least one of the same kind)?

The more you focus on the compliments he does give and respond with warmth and genuine thanks, the more likely he is to compliment you again. He’s more likely to respond well to your compliments.

Sometimes, folks need a little nudge to remind them to “Insert compliment here.” Guys aren’t the only ones who need those reminders, either.

You don’t have to be weird or elaborate with your fishing, either. A simple question like, “How do I look?” is a good start. If he answers with, “You look fine” (as in “not repulsive”), ask if he could be a tiny bit more encouraging in his assessment.

Ask with patience and good humor, too. Never assume he’s going light on the compliments to make you feel undesirable and insecure. He might be, but until you have solid evidence that he wants you to feel unattractive or undesirable, give him the benefit of the doubt.

You could also start by paying him a compliment and giving him a chance to reciprocate.

7. Don’t forget to return the favor.

Are you paying him compliments on a regular basis? Do you notice the types of compliments he especially likes to hear from you?

If you’re not, you can always ask. Just as he’d probably like to know what kinds of compliments are most meaningful to you, he’d most likely appreciate your bothering to find out what compliments mean the most to him.

If he’s not sure what to tell you, take an inventory of the things he loves and the accomplishments he’s most proud of. Compliments should never be forced. If it’s not genuine, he’ll pick that up—just as you would.

Now that you have a better idea of what to do when your husband rarely pays you compliments, what will you do differently?