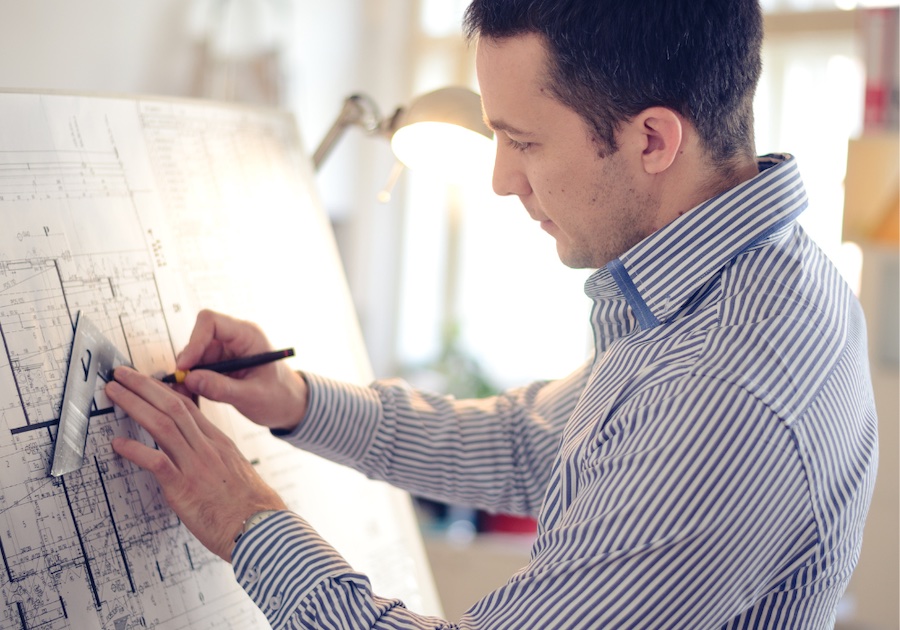 There is always one in every group.

The know-it-all who can answer every question at trivia night.

But are they really that much more intelligent or study that much harder?

Or do they have a natural-born edge?

According to the research, certain personality types have a head start on the road to the Nobel Prize or winning the lightning round of Jeopardy.

There are several theories revolving around the mutual effect of personality and intelligence.

From Myers-Briggs’ 16 personality types to the 9 Intelligence types identified by Howard Gardner, it has become apparent that overall intelligence combines traits and experiences.

What is the most intelligent personality type, regardless of how it is measured?

Psychological scientist Isabel Briggs Myers and her mother, Katharine Briggs, developed this classification system to make the Jungian theory of Psychological types understandable and valuable to the general public.

The Myers-Briggs Type Indicator consists of four categories and six subtypes: introverted (I) or extraverted (E), sensing (S) or intuition(N), thinking(T) or feeling(F), and judging(J) or perceiving(P).

Each person is said to have one dominant quality supported by the remaining subordinate categories, producing 16 unique personality types that are relatively accurate in explaining a person’s approach to daily activities.

The INTx types are most often listed as the smartest. These personality traits, introvert, intuitive, and thinking, tend to excel in areas that define intelligence or aspects measured by traditional IQ tests: abstract conceptual logic and problem-solving.

But which personality type is the smartest?

It is hard to know. Intelligence, like a playground see-saw, is a balancing act. And traditional intelligence does not necessarily correlate to success or even happiness.

These people often have high logical-mathematical intelligence and are good with logical reasoning and analysis. They also handle numbers easily. Problem-solving is a simple process, and complex theories make sense. These are all talents that allow for high IQ scores.

One of the rarest personality types, these individuals are incredibly adept at organizing. Great in a crisis, they use their intuitive skills to pivot and adapt.

Other big brains on the list are ESTJs. ESTJs can combine high intelligence with a strong sense or gut feeling. Born leaders, these brilliant people are always working and thinking. Never satisfied but interested in the next new solution or idea.

Known for Big Ideas such as the Universal String Theory or solutions to world problems, ENTJ exhibits extroverted thinking. They can assimilate data from multiple sources and collate them into a workable vision.

Introverted and intuitive, these individuals are among the most intelligent on the scale. And the INFJ is the rarest of personality traits. Highly insightful, they use their intelligence tempered with innate feelings to read an environment and adapt.

ISTPs learn by doing. They are highly detail oriented and have a propensity for troubleshooting. Thus, nothing is beyond their intellectual capacity as long as they can get their hands and head into the game.

Extroverted and passionate, ENFPs combine their intelligence and sensitivity to create possibilities for the future.

Are Other Personality Types Less Intelligent?

But does a high IQ equate to success and even happiness? According to the MBTI, maybe not.

Several Myers-Briggs personality types show a more social or societal focus, thus scoring lower on IQ tests and earning less income. Many include the sensing and feeling aspects of personality.

ESFPs are typically optimistic, even in challenging circumstances. Their natural positivity can significantly impact how those around them process hard times.

People are often drawn to the ESFJ personality types because they are good at helping others feel good about themselves.

So does that mean these personalities are less intelligent? Probably not.

But it may give insight into what ESFxs find important to spend their time studying – people. In fact, humans are social creatures. And sensing and feeling play a large part in successful social interactions and positive community development.

So, here is the big question. If extrovert-sensor types have developed a way to live in the here and now, leading to everlasting happiness or success, are they not the most intelligent types?

It depends. And just like the nature vs. nurture debate, the argument over street smarts vs. book smarts will be ongoing.

Other nicknames for the INTJ include The Conceptual Planner or The Architect. Arguably the smartest MBTI type. INTJ is analytic and logical. These individuals are self-disciplined, energized by time alone (Introverted), focus on ideas rather than details, and prefer planning to spontaneity.

ENTPs are idea people. Highly intelligent, they are inspired innovators and motivated to solve intellectually challenging problems. ENTP is a rare personality type, comprising 3% of the general population, 4% of men, and 2% of women.

INTPs are philosophical innovators fascinated by logical analysis, systems, and universal theory. They are also trivia hounds. Also called The Objective Analyst or The Logician, INTP is one of the less common types in the population. INTPs comprise only 2% of women.

They can assimilate information but are imaginative idealists guided by their core values and beliefs. Healers excel when dealing with people demonstrating sympathetic idealism and compassion for others—also known as The Thoughtful Idealist and The Mediator. INFPs comprise 5% of women and 4% of men.

These personality types are creative nurturers helping others realize their potential. INFJs have a strong moral center and a true sense of purpose. They are idealistic and sensitive and are referred to as The Insightful Visionary or The Advocate. INFJ is the rarest type – only 2% of the population.

They are brilliant, strategic leaders who are highly motivated and enjoy hard work. They thrive on stress but are prone to anger. They can be ambitious, forceful, optimistic, and even egotistical. The rarest personality type amongst women is only 1%.

Idealist organizers, ENFJs are energetic and often overextended. They are driven by empathy, and others see ENFJs as natural teachers. They commonly work in religion, teaching, and the arts. They exhibit pleasant and sociable traits but can be impatient. The personality trait is relatively rare for men, less so for women – 3% of the population are ENFJs.

ENFPs are people-centric, focusing on possibilities. They are energetic and passionate storytellers. Filling with enthusiasm, spontaneity, and impulsiveness, common careers for ENFPs include counseling, religion, arts, and teaching. Reasonably common, comprising 8% of the general population, with 10% of women and 6% of men exhibiting this personality trait combination.

ESTJs are hardworking traditionalists and consummate organizers — thriving on details. Known as energetic, prejudiced, and self-satisfied, they comprise 9% of the general population, with almost twice as many men and 11% as women. ESTJs are often strong leaders grounded in reality. They prefer situations with a defined hierarchical command structure. They are usually found in finance and business, trust authority, and expect obedience.

ISTPs are observant of detail and have a love of troubleshooting problems. They are knowledgeable and react with flexible logic to the world. More common amongst men than women, the personality trait is known to be critical, guarded, resourceful and independent. Commonly found in skilled trades, law enforcement, and career military.

ESFJs are people-smart, valuing loyalty and tradition. They are conscientious helpers that act according to a strict personal moral code – expecting others to adhere to their exacting standards. They have a high capacity to cope with stress. An ESFJ is the second most common Myers-Briggs personality combination, comprising 12% of the general population, 17% of women, and 8% of men.

ESTPs are energetic thrill seekers with a good sense of humor. They utilize strong powers of observation to assess their surroundings and adapt, which may explain their natural athletic ability. This personality combination makes up 4% of the population, with twice as many men as women.

These highly aesthetic individuals have a mindful presence, always acting in the moment. They are tolerant and nonjudgmental and commonly found in healthcare careers. This combination is the fourth most common type – 9% of the general population, with slightly more women than men.

ISTJs are driven to create and maintain order within a system. ISTJs are methodical — not interested in big ideas. They value hard work, continuing until a task is completed, regardless of the time. They like rules, valuing predictability, degrading artistic license, or adaptability. They are the third most common type, with two and a half times more men than women.

ISFJ is the most common U.S. Population type, with 14% exhibiting traits. These traits are emphatic, traditionalists valuing convention and enjoying society. While they show conservative, conventional, and reserved features, they are also usually amongst the lowest income types and most likely to believe in spiritual powers.

ESFPs are vivacious entertainers who charm and engage their surroundings. They have a contagious spontaneity and are talkative. They are known to live in the moment, enjoying life’s offerings. These traits are most common among women. And found in health care, teaching, and child care.

What personality has the highest IQ?

INTJ (Introvert, Intuitive, Thinking, Judging) type scores the highest on conceptual IQ tests among all 16 personality types. They are good at consuming large amounts of information and solving analytical problems for widespread application.

Which personality type is the most successful?

ENTJ or extroverts, sensors, thinkers, and judgers tend to be the most financially successful personality types measured by the Myers-Briggs Type Indicator. These personalities are brilliant and highly motivated– enjoying hard work.

Which is the best personality type?

ISFJ (Introvert, Sensing, Feeling, Judging) is known as The Protector. It is the most common personality type in women and occurs in 14% of the population. It may not be the “best” type, as they all have unique qualities. But it is certainly the one you’re most likely to bump into.

What personality type does Einstein have?

With personality types, as with everything in life, balance is essential.

Our society needs Commanders, Nurturers, Protectors, and Providers to be healthy and thrive.

Personality types are simple outlines that help us understand each other, but they don’t define us as individuals.

No matter what type you are, you have a unique intelligence that you express through your interests, career, and relationships.