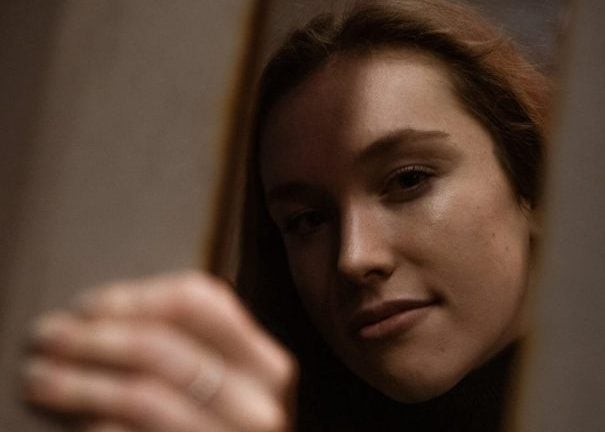 Did you realize that the INFJ personality type is only found in 1.5 percent of people worldwide?

You probably already know there are many things about your personality that make you different from your friends.

That statement is very true if you’re an INFJ on the Myers-Briggs Type Indicator (MBTI) personality table, you are the rarest Myers-Briggs type.

An INFJ is one of the sixteen different personality types identified by prominent psychiatrist Carl Jung in his book Psychological Types and later popularized by the MBTI.

INFJs tend to be quiet and reserved and prefer interacting with a few close friends as opposed to a larger circle of acquaintances. Unlike extroverts who are energized in social settings, introverts expend energy in social situations.

INFJs also tend to be more abstract than concrete, focusing more on the big picture rather than the details. They look toward future possibilities rather than regarding immediate realities.

INFJs are inclined to value personal feelings more than objective criteria. They tend to prioritize social implications over logic when making decisions.

INFJs will plan their activities thoughtfully and like to make decisions early. They feel a sense of control when life is more predictable.

Many people learn they are INFJs when they take the MBTI in college, as part of their psychology class curricula, after getting hired for new jobs, or just for fun.

Even if you haven’t taken the MBTI before, you might suspect there are characteristics about you that make you stand out from other people you know.

Below, we’ll look at specific indicators that show the INFJ as the rarest personality type in the world.

Why is INFJ so rare?

Many people think it’s because society makes it difficult for INFJ personalities to remain their true selves.

They end up conforming to perceived expectations, which in turn makes their genuine traits less visible. INFJ types are frequently misjudged.

Instead of seeing the INFJ characteristics as personality components, uninformed individuals might assume they’re a person’s flaws.

But in reality, INFJs enrich society and the world with their keen insights, empathic natures, and deep souls.

1. You Are Highly in Tune with Your World

While your friends apparently miss a lot of what’s going on around them, you can’t help being perceptive and tuned in to what’s happening in your environment and with other people.

That’s one of the hallmark personality traits of being an INFJ.

It’s why so many people with this personality type feel compelled to make a difference.

Instead of just seeing the inequality that the less fortunate suffer, they are deeply moved by it.

The INFJ personality type is often called “The Activist” or “The Counselor.”

That’s because so many people who embody it decide to go into helping professions and seek ways to get involved in the world.

2. You Are an Idealist with Fantastic Follow-Through

They’re also individuals the world still looks up to and admires — both because of their empathy and their ability to get things done.

Another common trait of INFJs is that they see the world as they believe it could be, not only as it is.

That’s why Eleanor Roosevelt and Nelson Mandela strived to do great things that changed lives. They had a vision for a better world.

But this rare personality type doesn’t view the world through rose-colored glasses. He or she recognizes the effort necessary to make changes happen and is willing to take on the task.

If you can relate to both of those traits, you might be an INFJ.

3. It Takes You a While to Make Decisions

If friends grumble, “Can’t you just decide, already!?” while you mull over what to eat and what to wear, as well as life’s bigger decisions.

Your slower decision-making speed is another sign you’re an INFJ type.

Researchers who have studied the quality of stubbornness associated with each of the sixteen personality types realize that not only do they take longer to make decisions, but also INFJs often find it difficult to change their minds after deciding something.

If that sounds familiar, it’s probably because you’ve thought about all your options thoroughly, taken your time with decisions, and remain firmly committed once you’ve set your mind on something.

4. When Stressed, You Feel It’s Hard to Be Yourself

Everyone gets stressed, but when INFJs experience more stress than usual, they often feel the urge to fit in with others, even when that means going against their inner selves.

Some INFJ personalities fall into unusual patterns of overindulgence to cope with stress, which leads to feelings of low self-esteem.

The problem is, sometimes these coping mechanisms make things worse, because it’s easy for INFJs to get excessively stimulated and feel even more stress.

When it feels like the stress is too much, you can ease your tension by going to a quiet place by yourself. Also, spending time with a close friend, someone you trust and who understands your rare personality, can also help.

Sensing Vs. Intuition: How Do You Perceive Your World?

5. You Often Associate the Things You Learn with Feelings

There are numerous learning preferences, but people of the INFJ personality type typically learn things best when they can connect new knowledge with feelings.

Although INFJs can benefit from mechanical memorization techniques, their ability to recall previously taught material is stronger when they associate the information with memories based on understanding.

Have you found you’re most interested in learning about things related to people?

This rare personality type is fascinated by topics associated with humans, and they love scholarly subjects that evaluate how to solve the issues people face.

6. You Prefer Meaningful Relationships to Superficial Ones

Although most of the people you know may have Facebook friend counts that span into the thousands, perhaps the size of your own friends list is much smaller — and only made up of individuals you know well in real life or have communicated with for years.

As an INFJ, you might discover it takes longer than expected to find friends who really understand you.

Once that happens, though, you can anticipate deep, sincere relationships that are immensely fulfilling.

This uncommon personality type often seeks perfection in their relationships, too. In some cases, that’s a positive thing, because it results in putting in an obvious amount of effort to make the relationship as good as it can possibly be.

However, it’s important to not get so caught up in the idea of perfection that you expect too much from a partner. People aren’t perfect, even if they sometimes seem that way early in a relationship.

7. Honest Feedback Is Valuable to You

This unique personality appreciates getting straightforward input from others.

They can often recognize when people put up fronts to give false impressions, so they appreciate it when people tell them how to improve.

However, there might be times when the feedback someone gives you is more harmful than beneficial.

That’s because you may take overly critical comments too personally. In that case, it’s easy for you to assume someone has a problem with you as a person, not just your performance on a task.

To help others give you useful feedback, coach them to focus on the ways you could improve for the future, instead of emphasizing the negative aspects.

8. You Thrive in Positive Work Environments

It’d be hard to find someone who claims to enjoy being in a workplace defined by negativity.

However, for an INFJ, an environment dominated by negative emotions can be especially stifling for productivity.

Speaking of being productive, you’d likely rather work independently, and when you are around colleagues, you feel most at home in a setting where people respect sensitivity and promote equality.

Some INFJs often appear introverted, but they usually come across this way because they’re good listeners and attentive when communicating with others.

They are often unafraid to take on complex personal problems.

You might surprise people when one of your closely held values comes into question because there’s a likelihood you’ll be outspoken about your feelings.

Also, INFJs frequently become reserved if they sense someone is behaving falsely toward them. If you do become reserved around certain people, you may be withdrawing as a protective mechanism, instead of by choice.

10. You Love Being in Nature

As you’ve learned from some of these uncommon traits, INFJs are more affected than most people by conflict, negativity, and the unfortunate happenings in the world.

However, they often relish spending time in nature in order to recharge. They feel a deep connection to the Earth and all its beauty and solice.

As an INFJ, you might prefer living in the country surrounded by natural beauty, rather than living in a big city.

It’s evident from this list that if you’re an INFJ, you’re not just a personality rarity but a diverse person with an abundance of unique qualities.

If you’ve read about these characteristics and noticed they fit you to a T, explore the INFJ personality type even deeper and look beyond the suggestions here to determine how to live better.

It’s possible to thrive with your amazing characteristics as an INFJ personality type, ultimately living a rich and wonderful existence.

If you’re one of a small percentage of individuals in the world who is an INFJ, be assured that you are endowed with exceptional abilities.

1 thought on “What Is The Rarest Personality Type In The World?”