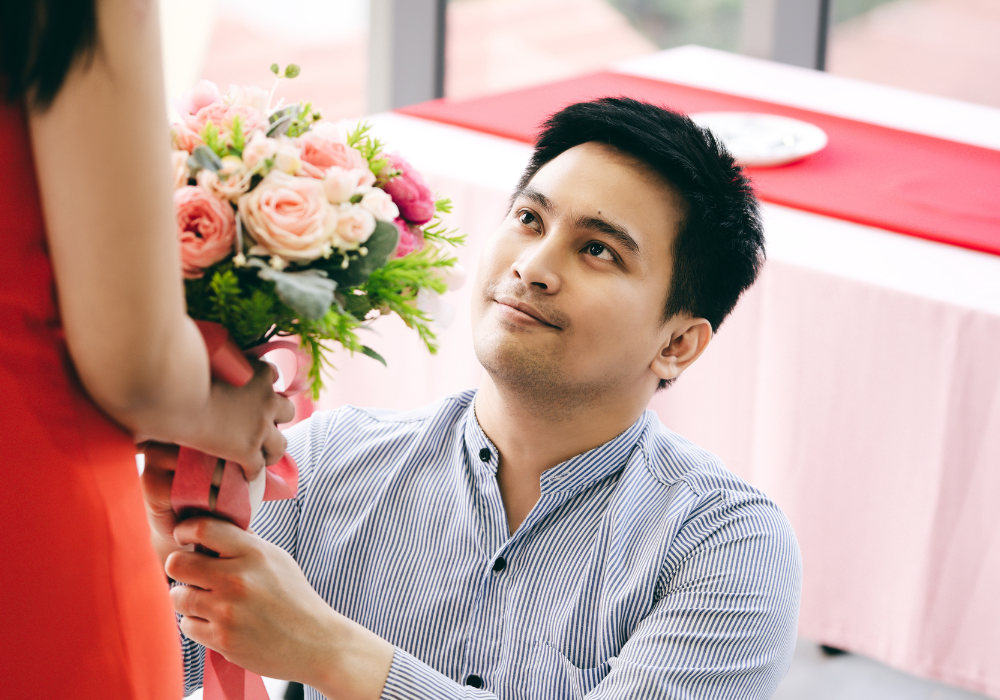 Did you recently break things off with a narcissistic partner?

Are you just as stressed now as you were together?

Are they still “up in your grill” — poking around, hovering around your life, and hoovering every ounce of positivity you manage to grasp?

Why do they do it?

Since narcissists are controlling, manipulative, and self-centered, they often can’t handle when someone pulls away from them.

So let’s unpack why narcissists hoover and what you can do about it.

What Is A Narcissistic Hoover?

What is narcissistic hoovering — aka “the hoover maneuver”?

Like many other mental health conditions, narcissism is on a scale. Everyone is a bit self-absorbed; after all, we all have an internal drive to survive, so we’re all a bit selfish to some degree.

Ultimately, narcissistic hoovering is a form of emotional blackmail that aims to either validate or victimize the target.

But some people go beyond the acceptability line and display tendencies outlined in The Diagnostic and Statistical Manual of Mental Disorders, Fifth Edition.

Most individuals with NPD experienced a traumatic childhood. As a defense mechanism, they become pathologically isolated and cannot handle criticism of any kind.

Individuals with NPD tend to:

Not to be confused with hovering, hoovering is when a manipulative person sucks up your energy, focus, and joy.

It’s an emotional abuse technique; narcissists typically employ hoovering tactics when they feel someone is pulling away from them.

Why? Well, it’s rooted in the narcissistic personality, which requires:

Why Do Narcissists Hoover?

Why do narcissists hoover? It’s complicated, but people with narcissistic personality disorder always need someone else to blame.

They’re incapable of seeing themselves as anything less than perfect, and genuine apologies are foreign to them.

Why do narcissists start to hoover:

Narcissistic hoovering can be deceptive because the abuser showers their victim with love and attention, and they’re convincing.

After all, narcissists are exceptionally charismatic and regularly wrap people around their pinky fingers.

11 Signs of Narcissistic Hoovering To Watch Out For

How can you tell if a narcissist has shifted into hoovering mode? Let’s look at 11 common reasons.

Love-bombing is the act of showering someone with affection and compliments. It’s an effective tactic for people with low-self esteem, savior complexes, and codependent tendencies.

But it’s just a bunch of lip service. In fact, it’s an oft-used cult recruitment tool — and it works. Why? Because lonely, searching, or suffering people need, want, and love the attention.

When they first meet you, narcissists tend to shower you with compliments. They’ll act like you are the best thing since sliced bread. This is how they trap you in their web.

Did your problem partner show up at your door with 17 dozen roses? Or maybe they stood under a window and blasted Peter Gabriel songs with their mom’s “boom box” over their head.

Flowery words and promises typically accompany the gesture. And sometimes, it’s hard not to forgive your narcissist. But resist the urge. We promise you things will be ugly again within a matter of weeks if you restart the cycle.

For example, let’s say there’s a narcissist named Pat who’s dating Chris. Chris outgrew the relationship and dumped Pat. To win Chris back, Pat makes a scene at a local bar and grandly apologizes to Chris.

Guilt is a significant component of narcissistic hoovering. Pathologically self-absorbed people love to turn the tables and provoke their targets. In most cases, they’ll twist around a situation and make you the bad guy.

And remember, they really believe what they’re saying because narcissists are incapable of seeing their own faults.

4. Threaten To Harm Themselves

Individuals with NPD thrive on drama. It’s their fuel — their mana. So when things start breaking down, and they don’t feel like they’re the top dog, they may threaten to hurt themselves or commit suicide.

If they make it to this stage, they’re feeling the heat.

5. Call or Text Incessantly or Randomly

NPD personalities will text incessantly to break you down, or they’ll ghost you for weeks or months and then slide into your DMs like nothing has happened.

It’s their way of testing the waters. Are you still around to feed their narcissistic supply? Will you even pick up the phone?

Narcissists love to gossip and spread rumors because they get a high from putting other people down.

If you challenge them or try to put distance between you two, they’ll start flapping their jaws about how you are X, Y, and Z.

But don’t ever expect them to admit they’re wrong or say sorry genuinely. The mere thought of it throws them into a defensive fit.

Nothing matters to narcissists except themselves, and they have no qualms about jeopardizing or tarnishing your reputation. It doesn’t even cross their minds.

Have you noticed that we’ve been using the word “genuinely” to modify “admit,” “apologize,” and “acknowledge”?

That’s because narcissists traffic in insincerity. They’ll say and do anything to establish prominence or get what they want — usually brushing everything under the rug to fester so they can step back into the spotlight.

They’ll swear to do better and never commit the problematic infraction again.

Do yourself a favor and don’t believe it for a minute. Narcissists are liars who lie a lot. Yes, we can feel sympathy for them; but until they get serious help, you can’t trust everything that comes out of their mouths.

When they say sorry, they’re either attempting to win you back or apologizing just to end an uncomfortable conversation. Narcissistic people lack communication and emotional maturity.

One of the more dangerous games played by narcissists is producing fake emergencies. Sometimes they’ll create elaborate stories; other times, they’ll just send a lie to get you to rush to their sides.

Ultimately, it’s a test. Narcissists want to know if you’re still at their beck and call.

10. Stalk You on Social Media

Narcissists are to social media as bees are to honey. They love it, crave it, and spend a lot of time on it.

Anytime anything happens, narcissists will retreat to the chaos of social media and proclaim their truths — which usually include a handful of lies and exaggerations.

11. Win Over Friends and Family

Were you with your narcissist for a long time? Did you have a mutual friend group? Were they close with members of your family?

If you answered yes to any of these questions, brace yourself. In most cases, when the narcissist has strong connections with people close to you, they’ll go out of their way to make you look like the devil.

7 Reasons You Tend To Attract Narcissists In Your Life

How Do You Respond to a Narcissist Hoover?

How do you respond to a hoovering narcissist? We won’t lie: it’s not easy. People with NPD have a way of winning people over, and they’re excellent at their craft. Moreover, they’re persistent.

However, you can do a few things to guard against narcissistic hoovering. It just takes a little self-care, confidence, and persistence.

Ignoring a narcissist hoover attempt is the best way to shut and lock the door on the relationship. Some NPD personalities will forget about you soon and move on to someone else. In their mind, they dumped you.

Other folks, however, may pester and stalk you. If they take it too far, look into getting a restraining order — which means saving and documenting everything.

Do not believe their lies or relax your boundaries. You put them up for a reason. Honor your instincts; don’t give in. If you feel weak, remind yourself of the horrible days — and don’t be afraid to lean on your support system.

Instead of getting tangled in narcissistic drama, turn on your tunnel vision and focus on your healthy relationships.

Spend time with your friends (the ONE you genuinely enjoy); see your family members; be more helpful at work, so people thank and praise you. Get your pats on the back those ways instead of turning back to a narcissist.

Narcissists like to bargain — they love the challenge of haggling their way back into your orbit just to prove they can. Please don’t fall for their act. They never follow through.

5. Avoid Their Calls and Messages

The best thing to do when faced with narcissistic hoovering is to block, block, and block some more.

Block their phone number, ban them on all social media accounts, and let your friends know not to serve as couriers, shuttling messages from your estranged partner or friend.

And never forget that if things become uncomfortable, restraining orders are an option.

Therapists, counselors, and life coaches are great resources in difficult times. As an objective third party, they can assess the situation rationally and help you develop a coping plan to get you through the tricky period.

Don’t beat yourself up for getting involved with a narcissist. It’s common. You’re not weak, dump, or stupid. But once you learn the signs and are fed up enough to walk away, try not to backslide. You’re worth more than a narcissist can give.