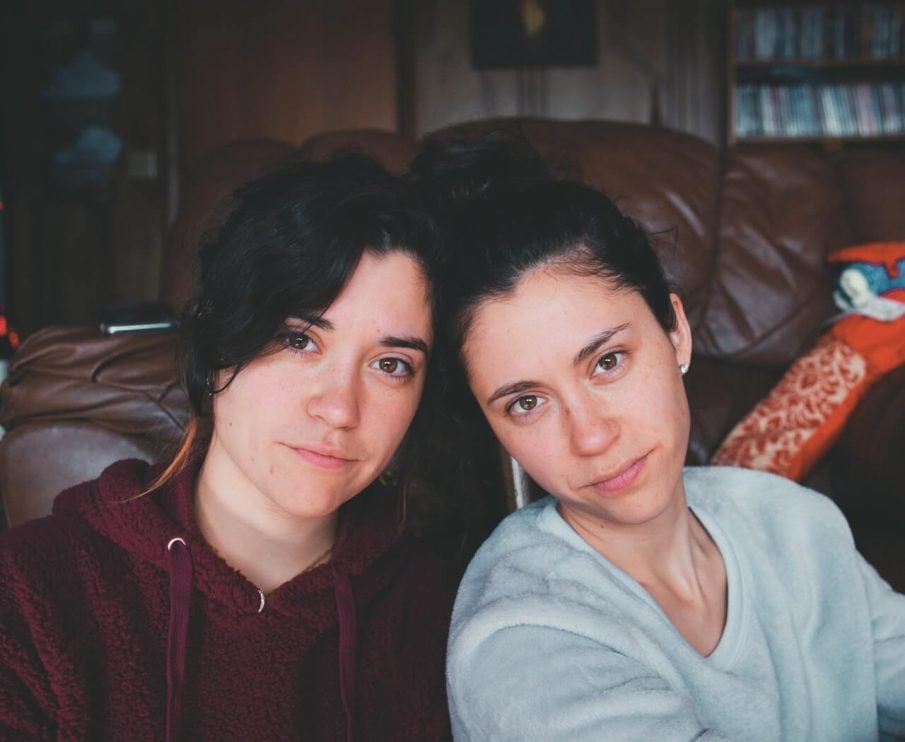 Even those who know plenty about the Myers-Briggs Type Indicator (MBTI) sometimes find it difficult to tell one type apart from one of its four closest relatives.

But if you’re an INT and unsure about that letter, it makes sense to explore the similarities and the key differences between INTP and INTJ.

Once you’re better acquainted with both, you’ll know how to spot INTJ vs. INTP. You’ll also be better able to decide which type is the best fit for you.

Am I INTP or INTJ?

If you’re pretty sure you’re either an INTP or an INTJ, the more you know about what separates these two, the more confident you’ll be of which type is yours.

And there are advantages to knowing your MBTI type:

All these benefits make it worthwhile to learn more about these two types — what they have in common and what makes one different from the other.

Most people aren’t at the extreme on any of these spectrums. But their answers to the inventory questions places them on either side of each spectrum’s centerpoint.

For example, even if you’re close to the border, if some of your answers push you into Introverted territory, you’ll get an MBTI type that starts with the letter I.

When it comes to the Myers-Briggs INTP vs. INTJ, you can see right away that these two types (out of 16) share the first three letters: I (Introverted), N (Intuitive), and T (Thinking).

What remains to be seen is the difference that final letter makes.

Similarities Between INTP and INTJ

To explore the similiarites, we’ll look at the letters these two types have in common.

Both types are introverted and need alone time to recharge; social time depletes their energy, even when they enjoy it (which is not a given but neither is it out of the question).

Both types rely more on their intution than on their senses. Both get cues from their “gut” and learn to depend on insights from their own inner voice. INTJs typically rely on their gut even more than INTPs, but intuition is a powerful force for both of them.

Both types rely more on their thinking than on feeling to process new ideas and experiences. It’s not that they don’t feel things or that they’re never influenced by emotion. But by default, their response is more likely to come from thinking and from their deep appreciation for logic and sound reasoning than from emotion.

Generally speaking, both types prefer to avoid leadership roles. But they’re not great at being followers, either.

As independent thinkers, the INTP and INTJ prefer to work behind the scenes — preferably alone and with complete autonomy.

Both are likely to question rules that don’t make logical sense to them. Both are likely to challenge an authority figure who seems more interested in micromanaging them than in working together with them to find and implement the best solution.

As a coping strategy, INTPs and INTJs will either take on a leadership role (more or less reluctantly) or choose a job that doesn’t require them to be under anyone’s  authority.

Difference Between INTP and INTJ

The key differences between INTJ and INTP stem from that last letter, which — as you’ll soon see — says plenty about how they process information and present themselves to the world.

Generally speaking, INTJs are more likely to organize their environments in order to minimize distractions.

They lead with introverted intuition (Ni), with extroverted thinking as their auxiliary power (Te). Since they tend to vocalize their thought process, a cluttered or disorderly environment feels like an interruption or like cognitive dissonance to them.

Their greater awareness of their physical surroundings makes them more sensitive to it.

INTPs are less concerned with their outer world and have a greater capacity for tuning it out. Generally, they’re less particular about having their workspace neat, tidy, and organized. And the same often goes for personal hygiene.

They care more about making connections — especially inside their heads, since they spend more time there than most. They draw from their stores of learned information and impressions to create new networks and new ideas to explore.

For the INTJ, ideas seem to come out of nowhere — or from their “gut.” And they’re more likely to act on them rather than explore them from all angles.

For the INTP, ideas typically come from connections forged between pieces of information stored in their memory, with intuition often sparking those connections.

Since the INTPs dominant cognitive process is introverted thinking (Ti), they enjoy the analytical process more than the implementation.

They love to talk about ideas but they vocalize their thoughts less than INTJs. And when presenting an argument, they tend to take time to define their terms rather than rush to the conclusion.

Since the INTJ’s dominant cognitive process is introverted intuition (Ni) and their thinking is more extroverted (Te), they tend to vocalize their thoughts more than INTPs.

They also prefer directness when presenting an argument, so they’re less likely to “waste time” defining terms. Getting to the point or to the decision and then implementing it interests them more than the analytical process itself.

While the INTP is busy analyzing things from all angles, the INTJ focuses on the most pertinent information, comes to a firm decision, and takes appropriate action.

Triggers: Being Wrong (INTP) vs. Being Vulnerable (INTJ)

Immature INTPs typically care more about being wrong than about being vulnerable — partly because the thinking process is so central to them and also because they’re less likely to care what others think of them.

If triggered, though, they may respond with something cutting, only to be ashamed of it shortly afterward, because it represents a loss of control over their emotions.

More mature INTPs are less worried about being proven wrong and are even grateful for the chance to see their thought process from another perspective and to finally see what they weren’t seeing before.

INTJs, on the other hand, at their least mature are far more triggered by vulnerability than by the prospect of being wrong about something.

They’re more aware of how others’ words and actions affect them. So, they’ll keep the walls up — not to avoid being wrong but to avoid getting hurt.

More mature INTJs are less triggered by vulnerability and more likely to risk being hurt or offended by naysayers when problem-solving and articulating their ideas.

The extroverted feeling (Fe) of the INTP means they have an unconscious relationship with their feeling process and, therefore, a much greater capacity for tuning it out — until it gets to be too much or until something triggers them.

A triggered INTP is anything but quiet about their feelings.

The introverted feelings (Fi) of the INTJ means they have a conscious relationship with their feeling process, which is why they tend to be sensitive and less inclined to be vulnerable with others.

They feel raw and exposed without their walls, which make it difficult to get to know them.

With maturity comes the realization that those walls also keep them from deepening their connections with people they care about. At the risk of being hurt, the mature INTJ will let down a drawbridge for them and show more of their hidden selves.

A key difference between INTJs and INTPs is that the former do, on occasion, accept leadership roles. At least, they’re more likely to than INTPs.

Another is how they present themselves to their professional peers.

INTJs, who generally prefer to keep their outer world tidy and organized, are more likely to present themselves as reliable and effective — and therefore “leadership material.”

INTPs, on the other hand, are more likely to be spontaneous and flexible and to give the impression of being irresponsible or too quick to change their minds once a decision is made.

After all, INTJs are better at making decisions in a timely manner and sticking to them.

INTPs will eventually make a decision, but that decision is never quite fixed in their minds. They remain open to the possibility that there’s a better way or that they missed something.

Are you an INTP or an INTJ?

Now that you know the key differences between INTPs and INTJs, which one sounds more like you? Or are you thinking of someone else who fits one of these types?

Maybe you were leaning more in one direction but now you’re thinking the other type describes you better.

If you’re still on the fence, there’s nothing wrong with taking an MBTI test to find out what your answers say about you. With most tests, the results come with a detailed description that can help remove any lingering doubts.

May your self-confidence and compassion grow as you learn more.