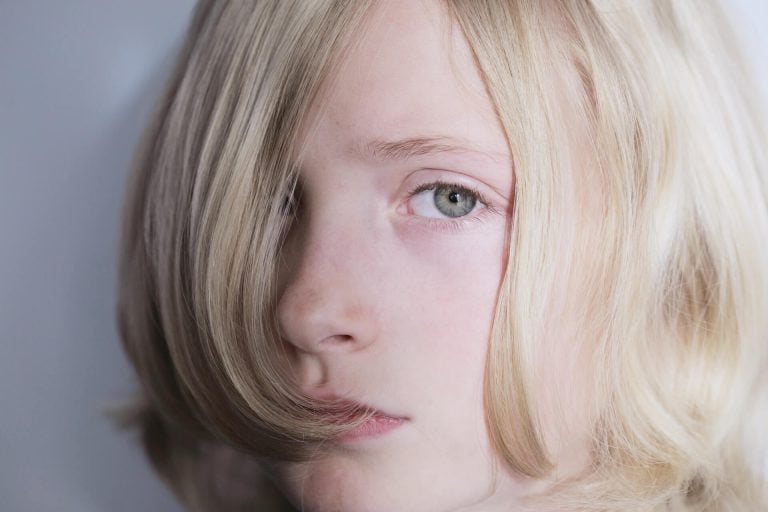 It’s happened again! Someone has taken advantage of your desire to get along and keep the peace.

And now, you’re psyching yourself up for a confrontation, telling yourself, “I’m done being nice.”

Unfortunately, just telling yourself that won’t change anything.

If you’ve gotten used to being too nice to others, no matter what the cost to yourself, you’re in for a challenge.

You’ll need to get to the root of your own conciliatory behavior before you can make real and lasting changes.

Read on to learn how.

Why Am I So Nice?

Why do you feel the need to be so nice all the time, no matter how you’re treated?

Here are a few clues that might sound familiar:

It’s no surprise that so many of us grow up thinking we’re supposed to be okay with other people trampling us underfoot or invading our space without so much as politely asking them to back off.

Why Is Being Nice Not Good?

Being nice is not the same thing as being kind. In fact, being overly agreeable has nothing to do with real kindness, either to you or to others. It benefits no one.

What harm can it do?

As the perpetual “nice person,” you’re waiting for someone else to tell you you deserve better. But until then, the bottled-up rage takes its toll in every area of your life.

All this begs the question: Is there a disorder in being too nice?

After all, there are known links between knee-jerk people-pleasing and social anxiety disorder, for reasons that should be obvious.

Plenty of fear, anger, and resentment can hide behind a veneer of altruism and agreeableness.

How Do I Stop Being Nice?

Before we dive into specifics, consider the following big picture steps to taking your life back:

You’re not taking away from others by standing up for yourself. What it will cost them is nothing compared to what being too nice has cost you.

Be prepared to set an example worth following.

Why Are People Mean to Nice People?

There’s only one thing a bully sees in people who are too nice: easy prey. They don’t respect your refusal to stand up to them, but they will take full advantage of it.

Your niceness makes you vulnerable and all but guarantees they’ll get away with mistreating you because you’ll probably blame yourself instead of the one who’s really at fault.

Ask yourself if any of the following sounds familiar:

You, my friend, are being too nice. And it’s time to stop.

Tired of Being Nice? 11 Ways to Get Over the Need to Make Nice

By now, you can answer the question, “Are you tired of being nice?” with a strong “Yes.” You’re ready to try a different approach: kindness mixed with strength.

It’s time to let your authentic self shine and discover the strength you already have.

1. Slow down and process.

Give yourself time to think about what you’re really feeling, and acknowledge those feelings without judging them or rationalizing them away.

Sometimes, all you need is a few minutes to think about the situation and process what you’re feeling mindfully.

Taking that time doesn’t make you indecisive or slow. It means you care enough about making the best decision — not the quickest one.

If you’re angry, there’s a reason for that. Once you can acknowledge what you’re feeling, it’s time to look deeper and identify the reasons behind it.

How long have you been feeling this way? And when do you feel it the most?

How you feel around other people matters. Think about how much time you spend around them or the time you’ve lost because they expected you to put their interests ahead of yours.

3. Listen to your symptoms.

Don’t downplay the consequences of internalizing your anger: the burnout, the passive aggression, the bingeing, etc. Pay attention to what they’re telling you.

The cost of being “nice” all the time is too high. If it hasn’t already affected your physical health, as well as your mood and ability to focus on your work and take joy in other things, it soon will.

Listen to what your body and your daily habits are telling you.

When it’s time to share your thoughts with others, don’t fall back on your old habit of blaming yourself for everything. Be honest about what you’re feeling and why. Altruism or a genuine desire for harmony and cooperation is no excuse.

If you expect honesty from others, don’t hold yourself to a lower standard. Why should they be honest with you when they no doubt sense you’re holding something back?

55 Positive Emotions That Make You Healthier and Happier

Practice saying no to those who ask you to put aside your personal needs to make their lives easier. If someone is asking you to endanger your own priorities for their benefit, at least give yourself time to consider the cost of doing so.

Anyone who insists on an immediate answer deserves a “No.” You don’t have to justify your reasons to anyone but yourself.

You’ve gotten used to letting your inner critic side with the bullies.

But when those critical inside voices pipe up, you can choose, instead, to be honest with yourself. Tell yourself the truth, even if you’re not ready to say the words out loud. Be honest about what you want and take care of your needs.

The more you do this, the easier it gets to say the truth loud enough for others to hear.

7. Set clear boundaries and communicate them.

Everyone needs clear boundaries to protect themselves and their own priorities from those who habitually impose on others to get what they want. Just having those boundaries isn’t enough, though; you need to communicate them.

How you do this matters, too. A calm, firm tone and simple, clear language get the point across without giving violators an opening to argue.

8. Challenge your fear of upsetting people.

Reasonable people who care about you won’t be upset by your standing up for yourself and being honest about what you’re feeling.

They might be temporarily stung, but ultimately they’ll be glad you were honest with them.

Those who do get upset don’t deserve your hand-wringing. They’re self-centered jerks who are only annoyed you won’t be so easily used and manipulated to serve their ends.

9. Let go of your need to be saintly.

It’s not a virtue to neglect yourself to please other people. Those who make a habit of this eventually either snap or burn out (or both).

Being a doormat doesn’t get you any closer to heaven. It just makes your life a lot more like hell than it has to be.

The only ones to benefit are those willing to exploit your niceness as long as you’ll let them, with zero regard for your well-being. Don’t let them.

10. Practice challenging yourself and others.

Being 100% agreeable and letting others take the lead and control the conversation is laziness disguised as altruism. You’re not doing anyone any favors by being a shrinking violet.

If you hide your ideas from other people, they’ll wonder what else you’re hiding. Challenge your comfortable habits to shake yourself up, and you’re more likely to challenge the groupthink at work.

Not being too nice doesn’t mean you have to be a jerk from now on. What you want is a balance that allows you to be kind without taking other people’s sh*t. It’s possible, and it’s worth the time and effort it takes to learn.

Kindness matters, but real kindness doesn’t exclude anyone, including yourself. The same goes for patience and understanding.

Stop letting other people define you. The person you really are deserves better.

If you’re tired of being nice, it’s time for a change.

Now that you’ve looked through these 11 ways to be a good person without being a doormat, what changes are you ready to make this week?

Think how different your life will be when people go to you for your ideas rather than for “favors.” Imagine being able to focus on your own priorities instead of pushing them aside to focus on other people’s.

You have as much right as anyone else to create a life you love.