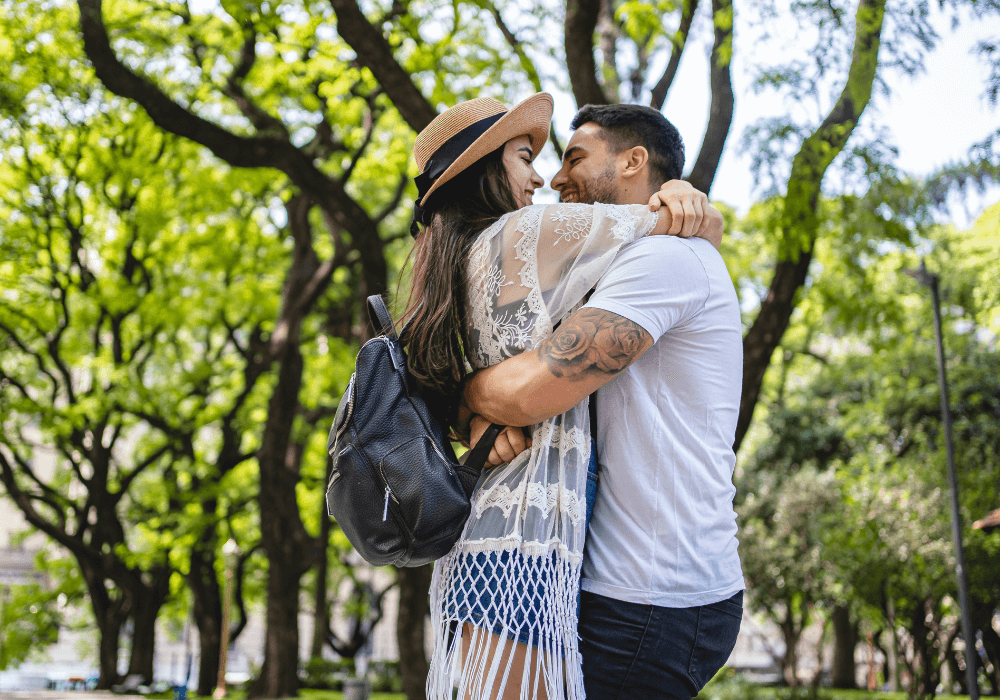 You broke up — but you’re still in love and want to get back together. It’s a familiar tale, and often for a good reason.

After all, people break up and make up all the time.

So what are the signs you’ll get back together?

As with all relationship-related advice, a lot depends on the parties involved.

As the saying goes: “One person’s trash is another person’s treasure.”

However, there are some common signs you and your ex may get back together.

Will My Ex Ever Come Back?

In many cases, yes. In fact, according to a Kansas State study, about 50% of couples give it another go after splitting.

Sometimes, it’s only for a short time because you both quickly remember the reasons for the initial breakup.

But other times, couples need a separation to recognize their deep bond and desire to be together.

So why do people tend to give relationships another shot?

15 Signs Your Ex Will Eventually Come Back

Like cats, ex-partners have a way of finding their way home.

They do come back. What signs indicate that you may be headed toward a reconciliation — or that your estranged ex-partner is open to the possibility? Let’s dive in.

1. They’re Still All Over Your Social-Media

Social media behavior is a good barometer of your ex’s feelings toward you. Did they unfollow you? If not, that’s a good sign. If they’re still all over your posts with likes and comments, that’s even better.

Be careful, however, if they’re acting erratically. Non-threatening, non-aggressive online activity is harmless — and often welcome. But if your ex starts uncomfortably stalking you around the Web, be careful. If things get out of hand, don’t hesitate to inform authorities.

2. They Haven’t Returned Your Things

We like to keep mementos that remind us of people we love. So if your ex still hasn’t returned your things, there’s a good chance they enjoy having them around. And if they enjoy having it around, that may mean they’re missing you and are open to a reconciliation.

However, don’t assume that they’re holding onto your belongings for sentimental reasons. There’s a chance they just forgot about it. So if you want to test the waters, send a polite message asking for your things.

If they get it all to you promptly, it may signal that they’ve moved on. If they make excuses and always seem “to forget,” they may still be carrying a torch for you.

3. They Text or Call When Drunk

They say that death and taxes are the only two things in life that are guaranteed — but we’d throw in an amendment about drunk messaging. Namely, if your ex is texting or calling you when they get tipsy, they’re still into you.

Think about it: if you’re on someone’s mind when they’re out having a good time or wallowing at home, you’re likely on their mind constantly. And if that’s the case, the probability of getting back together increases.

4. They Keep In Touch With Your Friends or Family

Were you in a serious relationship before the break-up? Were you at the point where you knew each other’s friends and family? If so, and your ex still keeps in contact with your siblings, parents, or close friends, they’re likely still pining for you, and the odds of finding your way back to each other are higher.

5. They Answer Your Texts and Calls Immediately

What do you do when you get a phone call or text from someone you don’t like or care about? Most people will either ignore it or wait weeks to respond.

But we’re different when our phones light up with messages or calls from people we love or like. We’re on it faster than a bee on pollen.

In other words, if your ex still replies to you within minutes — or picks up their phone by the third ring — take it as an excellent sign.

6. They’re Not Bad-Mouthing You

Talking trash about people isn’t kind — but it can be so tempting after a contentious breakup. But when mature folks want to leave the food open to an ex-partner, they refrain from “going low.”

After all, it’s tough to take back nasty comments after you’ve said them, and people with long-term relationship aspirations understand that.

Notice, however, that we said “mature folks.” And we don’t mean age. In this instance, we’re talking about behavioral maturity.

7. They Are Bad-Mouthing You

Mature people typically don’t bad-mouth ex-partners they may consider reuniting with. However, folks who still have a bit of learning and growing to do may go on a smearing rampage.

It’s annoying. It’s frustrating. At times it can be professionally problematic. But it’s also prevalent among people who don’t know how to channel and direct their emotional pain properly.

Typically, twentysomethings and early-thirtysomethings are the demographics most likely to bad-mouth people they still want.

But by the time we reach middle age — and have notched plenty of mistakes and experiences on our belts — we realize that dragging an ex-partners’ name through the mud is shameless, reactionary, and not worth the hassle.

Did you pull the ripcord on the relationship? Has your ex not handled it well? If reports are reaching you that they’re miserable and moping around, there’s a 99% chance they’ll probably take you back in a shot.

So go reconcile if you feel you made a mistake by breaking up.

You Need To Know These 11 Non-Negotiables In A Relationship

Understanding Soul Ties: What They Are And How To Break Them

9. They Immediately Started Dating Someone Else

Perceptions and appearances are powerful forces — and people leverage them to convey something to a desired audience. In the wake of a breakup, that’s often an audience of one.

If your former spouse immediately starts dating another person after your split, there’s a chance they’re just acting out. It’s the old “rebound” situation. These types of relationships rarely last.

They’re just a tool people use to either get over a relationship or try to make their ex jealous. Of course, there are exceptions, but it’s almost always one of the two.

So if your former partner starts dating another person soon after you break up — and they’re going out of their way to make sure you know about it — that may be a strong signal that they’re open to getting back together.

In the heat of the breakup, your ex blocked you from all their social media accounts. A few weeks later, you notice they’ve unblocked you. What’s up with that?

In most cases, it usually means they’ve overcome their initial hurt and are once again open to having you in their lives. It also means that you’re at the top of their mind. After all, they remembered to unblock you, which means they’re thinking about you.

11. Things Ended Because of a Misunderstanding

Here’s a sobering fact about human existence: we cannot see ourselves objectively, nor can other people. According to some estimates, we only correctly interpret others’ expressions and body language 35% of the time. Moreover, unconscious biases shape our opinions without us even realizing it.

We’re just a bunch of “dummies” colliding with each other, doing the best we can to, in the words of Prince, “get through this thing called life.” And along the way, we must weather mistakes and misunderstandings.

If your breakup resulted from one of these miscommunications, and it’s later cleared up, then there’s a good chance you’ll be able to patch things up with your ex.

So if your ex is still blowing up your spot on your birthday, you still rank high in their estimation — which heightens the chance of you getting back together.

13. Your Relationship Was Long Distance

Relationships are tough enough when you’re in the same place — and long-distance ones can feel like torture sometimes.

If your partnership ended because of distance, but you once again find yourselves living in the same city or town, there’s a better than average chance you’ll be able to rekindle the flame. This is especially true for couples with no other issues apart from logistical ones.

14. You Keep Bumping Into Them

You leave work, and they’re walking down the street. You’re at happy hour with friends, and they show up.

Heck, you may even be rocking sweats and curlers at the grocery store when they pop into your aisle. Are they stalking you — or is it just the Universe’s way of pushing you together?

Truth be told, it could be both. Either way, it’s an indicator that you could find your way back to each other in due course.

If your ex wants to hang out, they probably want to get back together. Of course, there are always exceptions. Who knows; they want to meet to impart a piece of bad news that may affect you. If the two of you were once married, they might want to let you know they’re getting remarried.

Otherwise, an invitation to start spending time together again is usually a sign that they want you back.

How Long Does It Take for an Ex To Come Back?

Do exes come back? Studies say they do about 50% of the time.

Those are good odds, but how long does it take?

The answer depends on several factors, including:

Dating is full of ups and downs. But as long as you protect yourself — both emotionally and physically — and learn how to enjoy the roller coaster, it can be a lot of fun.

And sometimes, a little time apart allows for better reflection. But don’t worry; there’s a 50% chance you’ll be back with your honey at some point.