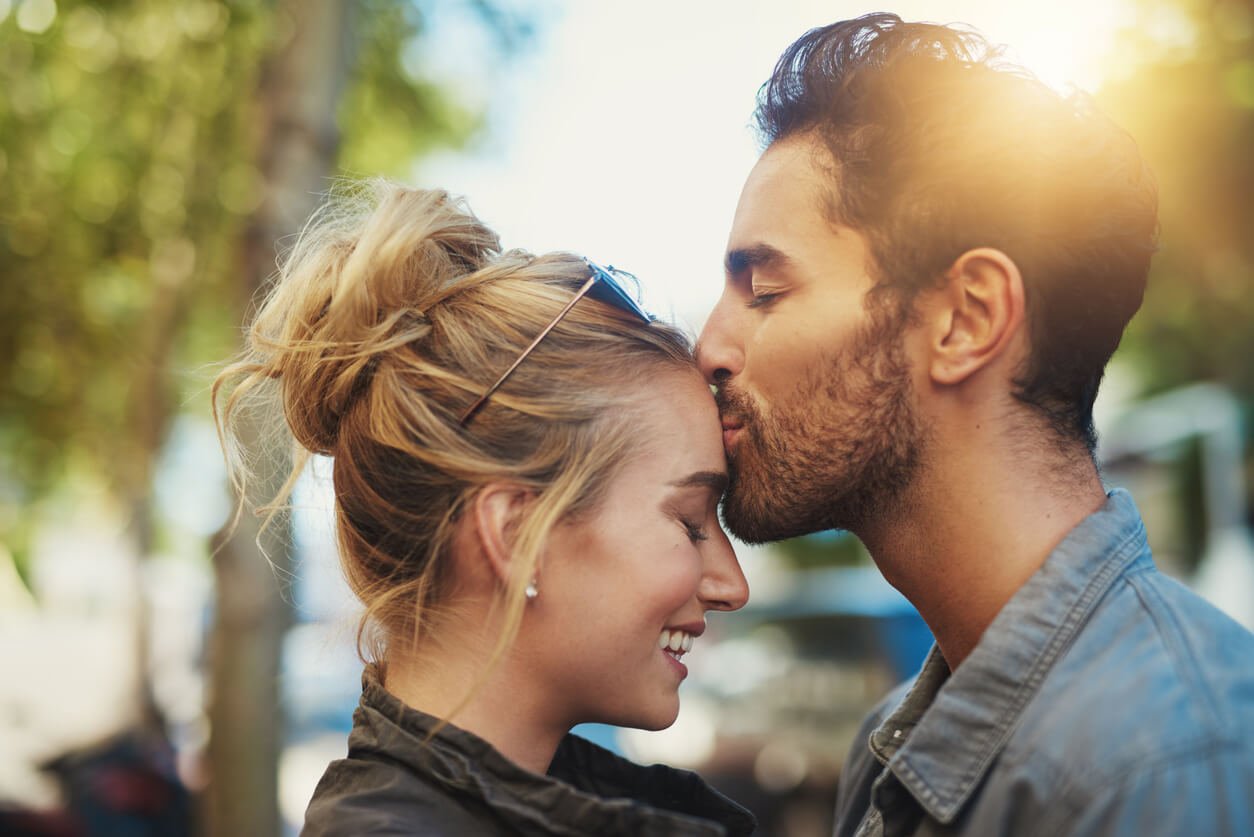 You met a seemingly cool guy.

You went out a couple of times and enjoyed yourselves enough to make it to date number three.

But now you have a bunch of third-date questions in your head.

What should happen on a third date?

What does it mean for him?

Is he expecting sex?

Are you officially an item?

Allow us to demystify third date expectations so you can just relax and decide how you feel about your potential new mate.

Does the Third Date Mean Anything?

People often put a lot of pressure on the third date.

They assume it determines the direction the relationship is going, and to some extent, they are right.

The first date is generally full of nerves. You’re getting a feel for each other and trying your best not to say something to offend the other person or scare him off.

The second date is an extension of the first, although slightly less nerve-wracking. You’re still getting to know each other and deciding if there’s something there worth pursuing while continuing to monitor your behavior and conversation topics.

By the third date, you know each other a little better and can branch out your conversation. You can relax and get creative with what you do on your date, and it’s generally safe to flirt and engage in suggestive conversation more openly.

The third date is considered a safe point to start discussing what you want in your relationships (and your lives) to make sure both of you are on the same page– or at least in the same book.

What is the Third Date Rule?

The third date rule is an antiquated, unwritten guideline that suggests people (specifically women) should wait until at least the third date before getting intimate with someone.

The idea is that putting out before this mile marker means a girl is easy. If you sleep with him, then you’ll sleep with anyone, right?

Sleeping with him too soon is also said to keep a man from committing to you.

Why would he if he already got what he wanted?

Some believe the rule means sex will or should happen on the third date, adding unneeded pressure because you’re preoccupied with thoughts of sex and whether you both want it to happen.

The truth is there are no hard rules on how a date should go or the right time to take things to the next level.

Each relationship is as unique as the people in it, and what’s right in one situation may be completely wrong in another.

What Does a Third Date Mean to a Guy: 13 Things to Pay Attention To

That said, there is typically some meaning behind the third date. Again, it varies between people and relationships, but there are some general things to pay attention to.

1. It should be more relaxed/casual.

You might talk or text regularly, and you’re likely more comfortable around each other by now. The third date should be more casual than the first two.

He wants to see your fun side (and hopefully, you want to see his, too.) Laugh, joke, have a good time. Make it less formal. Don’t completely throw caution to the wind, but you no longer have to be on your best behavior.

This one might depend on the guy, as some men are uncomfortable with public displays of affection. And chances are it makes you uneasy too.

But assuming neither of you is completely freaked out, it’s okay to show a little affection. Hold his hand or slip your arm in his while you’re walking. Or lightly place your hand on his leg or shoulder when you laugh at his jokes.

Third-date conversation can reveal crucial information about personalities and intentions. Ask each other in-depth questions about your passions, personal goals, and career objectives.

Discuss future relationship goals as well – does he see himself ever getting married or having children? Or is he strictly looking for a good time? Your intentions don’t have to match exactly, but they should at least be aligned.

Resist spilling your guts, but take this time to determine if this person is worth pursuing– he’s doing the same!

4. He’s at least somewhat into you.

If you’ve made a third date together, he probably likes you to some extent. Most men won’t keep dating you if they aren’t the least bit interested or if they think you’re boring, rude, or just incompatible.

It’s not a sure thing by any means. But if he’s still making time for you in his life, then he’s most likely considering what it would be like to be in a relationship with you– or at least keep dating you.

5. Three strikes and you’re out, or third time’s a charm.

If either the first or second date were iffy, the third date might be his tiebreaker. He’s still feeling you out. Are you dramatic? Do you have annoying habits? Can he have fun with you? Can he be himself around you?

Of course, this is a good time for you to make those decisions as well.

6. It doesn’t signal you’re in a relationship.

Getting to a third date does not automatically mean he’s your boyfriend. There may be a spark between you, or you feel like there could be. You might get along great and want all the same things in life and relationships.

Your personalities match. You make each other laugh. Being around him feels right and natural. That’s great, but don’t assume it means exclusivity.

Three dates is a relatively short amount of time to get to know someone. Whether things seem to be going very well or it feels like something is missing, he might not be sure if he wants to keep seeing you or not.

He’s at least comfortable if he’s come this far, but he might be unsure if he wants a relationship with you. Sometimes attraction takes time to develop.

8. He doesn’t have a set timeline.

He doesn’t have hard and fast dating rules or attach arbitrary meaning to the number of dates you’ve been on.

Whether or not he wants to pursue an exclusive relationship, see where things go, or end it now has more to do with how he feels and if he sees a future with you. It could take just one date or twenty for him to conclude. Follow suit and let things play out naturally.

The 15 Top Questions To Ask On A Second Date

75 Rainy Day Date Ideas To Salvage Your Plans For Fun

9. How you treat others matters.

Know how you take notice of his interactions with other people when you’re together? Well, he does the same thing. He wants to know how you react when the server messes up your order or a stranger bumps into you.

Do you flirt with the cute ticket attendant? Are you rude to the elderly person moving at a snail’s pace? The way you treat others is indicative of how you’ll treat him in your relationship.

No two people are exactly alike. One person’s personality type is avoided like the plague by another. While no opinion is right or wrong, he has his own views on marriage, children, politics, religion, etc.

He cares whether you complain about everything or put a positive spin on things, even lighter topics like timeliness and how you take care of yourself matter.

Don’t change who you are to make him like you, but understand that sometimes you’re just not meant to be together.

Frankly, third-date sex may be on his agenda. He is human, after all. And whether things have been going well or not, there are men out there that believe in the rule and expect a woman to put out on date number three.

You don’t have to engage, of course. Whether or not you go all the way with him is up to you. Wanting sex doesn’t make him a bad guy– but pressuring you into it does.

Have an adult conversation and only do it when both of you are ready and willing.

He may think about getting physical, but there are other levels of intimacy as well. Sex or no sex, it’s likely that he at least thinks about what it would be like to share his dreams and goals with you, open up to you, and allow himself to be vulnerable around you.

Men have emotions, too, and he wants to know if you’ll be there for him when he needs you.

Even if he is hoping for sex, most men won’t be disappointed if you want to wait beyond the third date to get it on. Okay, he might be a tad bummed, but that doesn’t mean he won’t keep dating you.

Men often get a bad rap for only wanting one thing, but in reality, most of them are decent human beings just trying to get through life.

What Happens After the Third Date?

So, you made it through the third date and possibly even set up a fourth. Maybe you slept together, maybe not. You might be exclusive now, or you might be keeping it casual.

Regardless of the exact circumstances, there are a few things to consider after a third date.

Dating is hard. Like, really hard. Figuring out how you feel about someone is difficult enough without all the unwritten rules and expectations.

Use this list to get a feel for what he’s thinking, but don’t let third date stereotypes freak you out or prevent you from pursuing something great– or ending something bad.