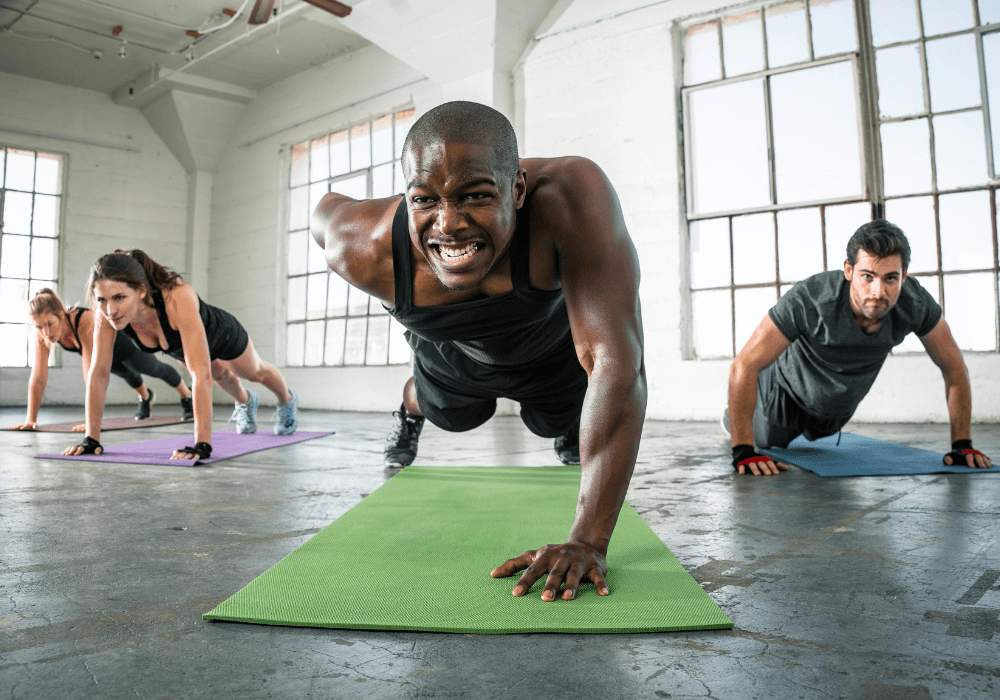 You’ve heard about the importance of grit.

And I hope you also know grit and resilience is something you can build and grow within yourself.

Ultimately, your grit will have more to do with your success than your IQ and other inherited gifts put together.

It’ll also get you farther than “who you know.”

But it can’t hurt to collect some inspiring quotes about grit.

And to that end, we’ve collected the following grit quotes to inspire you.

Do you know someone who always digs in, never gives up and has an impressive knack for picking themself up after falls and failures — no matter how hard or frequent?

This is what “grit” looks like, and developing it will positively impact your life. Grit is courage, resolve, and strength of character.

Neuroscientist and psychologist Angela Duckworth is one of the world’s leading grit experts (as it relates to success).

After researching the topic for decades, Duckworth discovered that statistically speaking, the main factors that signal whether someone will reach their goals and produce quality work are passion and persistence — aka, stick-to-itiveness.

According to her findings, it matters more than:

Why Do We Need Grit?

People spend a lot of time comparing, contrasting, and touting meaningless things like IQ; we also fall hard for the precocious offerings of “child prodigies.” Yet grit remains a highly underappreciated quality. Why should more people consider developing their determination?

To be clear, we’re not advocating for burnout. Working to the point of mental strife and exhaustion is not a virtue. You deserve a good work-life balance. But learning to prioritize “healthy hard work” will take you far.

1. “Grit is not just simple elbow-grease term for rugged persistence. It is an often invisible display of endurance that lets you stay in an uncomfortable place, work hard to improve upon a given interest, and do it again and again.” — Sarah Lewis

3. “There is no failure. Only feedback.” — Robert Allen

4. “It is time for us all to stand and cheer for the doer, the achiever – the one who recognizes the challenges and does something about it.” — Vince Lombardi

5. “Remember how far you’ve come, not just how far you have to go. You are not where you want to be, but neither are you where you used to be.” — Rick Warren

6. “In plain words, you’ve got to make up your mind to study whatever you undertake, and concentrate your mind on it, and really work at it. This isn’t wisdom. Any damned fool in the world knows it’s true, whether it’s a question of raising horses or writing plays. You simply have to face the prospect of starting at the bottom and spending years learning how to do it.” ― Eugene O’Neill

7. “Every great story happened when someone decided not to give up.” — Spryte Loriano

8. “No problem can withstand the assault of sustained thinking.” — Voltaire

9. “Grit is the persistence in following your own destiny.” — Paul Bradley Smith

10. “Grit is the grain of character. It may generally be described as heroism materialized, spirit and will thrust into heart, brain, and backbone, so as to form part of the physical substance of the man.” — Edwin Percy Whipple

11. “Above everything else I’ve done, I’ve always said I’ve had more guts than I’ve got talent.” ― Dolly Parton

12. “We like to think of our champions and idols as superheroes who were born different from us. We don’t like to think of them as relatively ordinary people who made themselves extraordinary.” ― Carol Dweck

13. “Have the courage to follow your heart and intuition. They somehow already know what you truly want to become.” — Steve Jobs

14. “But it is a blessed provision of nature that at times like these, as soon as a man’s mercury has got down to a certain point there comes a revulsion, and he rallies. Hope springs up, and cheerfulness along with it, and then he is in good shape to do something for himself, if anything can be done.” ― Mark Twain

15. “The harder the conflict, the greater the triumph.” — George Washington

16. “Grit is passion and perseverance for very long-term goals. Grit is having stamina. Grit is sticking with your future, day-in, day-out. Not just for the week, not just for the month, but for years. And working really hard to make that future a reality. Grit is living life like it’s a marathon, not a sprint.” — Angela Duckworth

17. “Life isn’t about finding yourself. Life is about creating yourself.” — George Bernard Shaw

18. “The future bears down upon each one of us with all the hazards of the unknown. The only way out is through.” ― Plutarch

19. “I shall be telling this with a sigh
Somewhere ages and ages hence:
Two roads diverged in a wood, and I—
I took the one less traveled by,
And that has made all the difference.”
― Robert Frost

20. “A grit mind strengthens all of your strengths.” — Pearl Zhu

23. “Leaders aren’t born, they are made. And they are made like anything else, through hard work. And that’s the price we’ll have to pay to achieve that goal or any goal.” — Vince Lombardi

24. “Character consists of what you do on the third and fourth tries.” — James A. Michener

25. “Effort is one of those things that gives meaning to life. Effort means you care about something, that something is important to you and you are willing to work for it.” — Carol Dweck

27. “Most of the important things in the world have been accomplished by people who have kept on trying when there seemed no hope at all.” — Dale Carnegie

29. “Anyone can be tough for a season. It takes a special kind of human to rise to life’s challenges for a lifetime.” ― Chris Matakas

30. “There isn’t a person anywhere who isn’t capable of doing more than he thinks he can.” ― Henry Ford

31. “Grit is picking yourself up and moving forward even when you think you can’t take one more step.” — Christy Mossburg

32. “True grit is making a decision and standing by it, doing what must be done. No moral man can have peace of mind if he leaves undone what he knows he should have done.” — John Wayne

33. “The only thing that overcomes hard luck is hard work.” — Harry Golden

34. “When our commitment is wavering, the best way to stay on track is to consider the progress we’ve already made. As we recognize what we’ve invested and attained, it seems like a waste to give up, and our confidence and commitment surge.” ― Adam M. Grant

35. “Successful people aren’t born successful. Behind it all there is hard work, persistence and a lot of grit.” ― Arshad Wahedna

36. “The focus on talent distracts us from something that is at least as important, and that is effort. As much as talent counts, effort counts twice.” ― Angela Duckworth

37. “Life may try to knock you down but be persistent with your passions – cultivate grit, resilience, tenacity and endurance success will come.” ― Amit Ray

38. “Grit is having the courage to do the right thing, regardless of the popularity or consequences.” — Joan Hall

39. “Grit is that extra something that separates the most successful people from the rest. It’s the passion, perseverance, and stamina that we must channel in order to stick with our dreams until they become a reality.” — Travis Bradberry

40. “It’s not that I’m so smart, it’s just that I stay with problems longer.” — Albert Einstein

41. “To succeed at anything worthwhile in life requires persistence, no matter how gifted, fortunate, or passionate you are. When I interviewed late bloomers for this book, nearly every one said that once you find your passion and your “pot,” you need to hang in there – you need to persist.” ― Rich Karlgaard

43. “Never give up on something that you can’t go a day without thinking about.” — Winston Churchill

44. “Picture your brain forming new connections as you meet the challenge and learn. Keep on going.” — Carol Dweck

47. “Grit is knowing who you are and where you are headed, moving determinedly forward with eyes fixed on the mark, rather than the obstacles that lie in wait.” — Christine Bisch

50 Of The Best Growth Mindset Quotes For Kids And Teachers

Now that you have these 47 quotes about grit, which ones stood out for you?

Which ones do you want to remember for those times when you might be tempted to give up and choose an easier road?

Here are a few helpful ways to remember your favorites:

Whatever has led you to this point, you want to make your life count. Grit is essential to that. And I’m willing to bet some of the challenges you’ve faced so far have made you stronger.

How will you build on that?