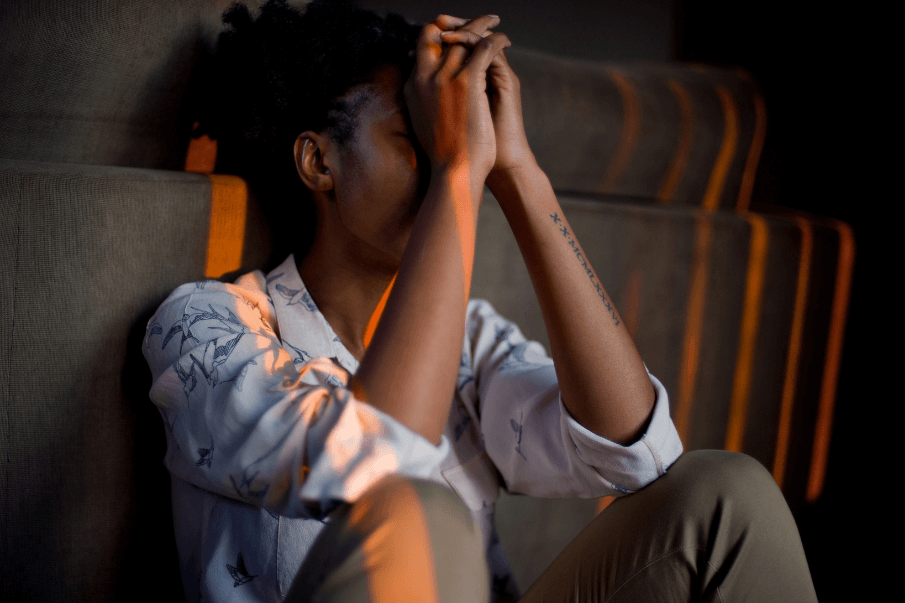 Ever gone from zero to furious in a second — just because of something someone else said or did?

Then you probably have a fair idea of what your anger triggers are.

But what about other emotions?

One person who’s normally pretty confident might feel suddenly insecure when triggered by something he hears, sees, or even smells.

Another who’s normally chill even in the most stressful work environment suddenly has a full-on panic attack after getting triggered by something no one else would have suspected.

What’s at work, here? What are emotional triggers, and how do we get them?

And what we can do about them once we learn what they are?

What Is an Emotional Trigger?

When you feel deprived of something you need (or feel a strong need for), or you feel as though that something is out of reach, that need becomes an emotional trigger.

How exactly you get triggered can vary, but the following emotional trigger words can give you an idea:

The emotional triggers list that follows addresses some of our most potent fears, which have a lot to do with our most deeply-felt needs.

Your triggers will also likely be related to your personal values and your strongest interests.

A Brief Caveat for the Emotionally Triggered

Even if you recognize your own triggers and are working on minimizing their effect on you, you shouldn’t call someone out for being triggered or appear to downplay what they’re going through.

Because unless you can look into their deepest self, you don’t know what they’re going through – even if you share one of the same emotional triggers.

So, it’s best to never use expressions like, “Oh, are you triggered?” or “You’re acting like you’ve just been triggered by something,” unless you’re close to the person and are asking with love and concern.

When someone is feeling emotionally triggered, the last thing they need is for someone to call attention to it or talk down to them because of their obvious agitation or discomfort.

It’s not something you can just switch off (who wouldn’t, if they could?), and it doesn’t make you weak.

It means you – like every other human – are a work in progress.

Your self-knowledge isn’t perfect, and often you’re as surprised as anyone by the degree to which something triggers you.

And you’re in good company.

How to Deal with Emotional Triggers

Some of these emotional triggers examples will resonate more than others.

None of them are pleasant to experience, but some will evoke a more powerful response in you.

See if you can identify them as you go down the list.

If you never felt accepted by the most important people in your life, or if you can’t accept yourself, you’ll feel triggered more strongly by those who judge or reject you.

If you don’t treat yourself and others with respect, you’ll feel it more when others disrespect you or when they don’t show you as much respect (or deference) as you want.

Not being liked by someone else is more likely to hurt when we dislike ourselves (secretly or otherwise) or believe ourselves to be unlikable.

If someone close to you growing up made you feel misunderstood or not worth the trouble of understanding, it triggers you more when others jump to uncharitable conclusions about you.

If this is a trigger, the word “useless” is particularly painful for you, because you want to feel needed and appreciated for the good you can contribute.

If the people who were supposed to see and appreciate your value made you feel worthless or of little value, you’ll probably be triggered whenever anyone else does.

Feeling Out of Control

The feeling of control over your life and environment is a fragile thing and easily disrupted, and you feel it more when a sense of control makes you feel safe, needed, or valued.

If you had to fight for justice at a young age or have suffered in defense of justice, you probably feel triggered whenever someone treats you or someone else unjustly.

If you felt invisible during your childhood and craved more attention, feeling ignored, overlooked, or disregarded is probably a trigger for you.

If you had to fight to liberate yourself from the rigid or controlling behavior of an authority figure, you might feel triggered whenever someone threatens to curtail your freedom.

Made to Feel Wrong

If you’ve been manipulated by someone into thinking you’re wrong all the time, you’re likely to bristle whenever anyone else tries the same tack with you.

Made to Feel Ashamed of Who or What You Are

If you were shamed and made to feel unworthy of love because you felt defective or broken, you might feel triggered when others call you out for being a sinner, as though in their eyes, your sins make you less worthy of love or kindness.

9 Bad Behaviors That Are Off-Putting To Everyone

31 Hurtful Words To Remove From Your Vocabulary

If you’ve had to endure lingering and intense discomfort and felt powerless to do anything about it, you might feel triggered by anything that threatens your current comfort level.

If you look around you and see clutter, you may feel cluttered on the inside, which can be overwhelming and distressing — especially if order makes you feel safer or more in control.

If your experience of poverty lingers in your memory as a nightmare you can never quite escape, you probably feel triggered whenever anything threatens to plunge you back into it.

A traumatic experience in childhood might leave you feeling as though you’re never really safe.

Everything that threatens the degree of safety you have will likely trigger you.

If you felt as a child as though you didn’t matter, you probably did your best to need as little as possible from others, hoping they would love you more if you needed less.

If you felt at a young age that people’s love for you depended on your attractiveness, you probably put more work into looking good.

Disparaging remarks about your looks hurt more because they make you feel less lovable.

If you felt that people’s love for you or their sense of your value depended on your intelligence (or their perception of it), it’s probably important to you that others see you as intelligent. Anyone who makes you feel stupid is a threat.

If you were taught at a young age that mistakes and failures might as well be mortal sins — separating you from love and happiness — you feel triggered every time you fail at something.

If you’ve counted on someone to defend you or have your back only to feel betrayed and unloved when they abandoned you, you probably feel triggered whenever anyone else does the same.

If you have a strong need for the approval and acceptance of others, it hurts more when they turn on you and vilify you, and you’re likely to feel triggered.

When someone brushes you off or dismisses you as someone unworthy of their time or attention — as if you and your concerns don’t matter — it hurts more when you feel a need for this person’s acceptance or approval.

Did you find your emotional triggers?

Now that you’re more familiar with emotional triggers, you probably have a sense of what yours are and how they developed in you.

And once you know this, you can address those needs and their underlying traumas, so that what triggers you now will lose its power over you.

It’s also possible that someone in your life is using your triggers to manipulate you, and this is not only exhausting but detrimental to your own mental health.

Call this type of abuse for what it is and distance yourself as much as possible from these people.

The more honest you are about your needs, the more you can minimize the effect of their related triggers.

So, make a list of the triggers in the above list that make you think, “Yep, that’s me,” and write down the need you have that’s related to it – not so you can feel bad about needing things but so you’ll understand yourself a bit more.

As an added bonus, you’ll probably also end up with a better understanding of other people you know.

May your compassion and resilience influence everything you do today.