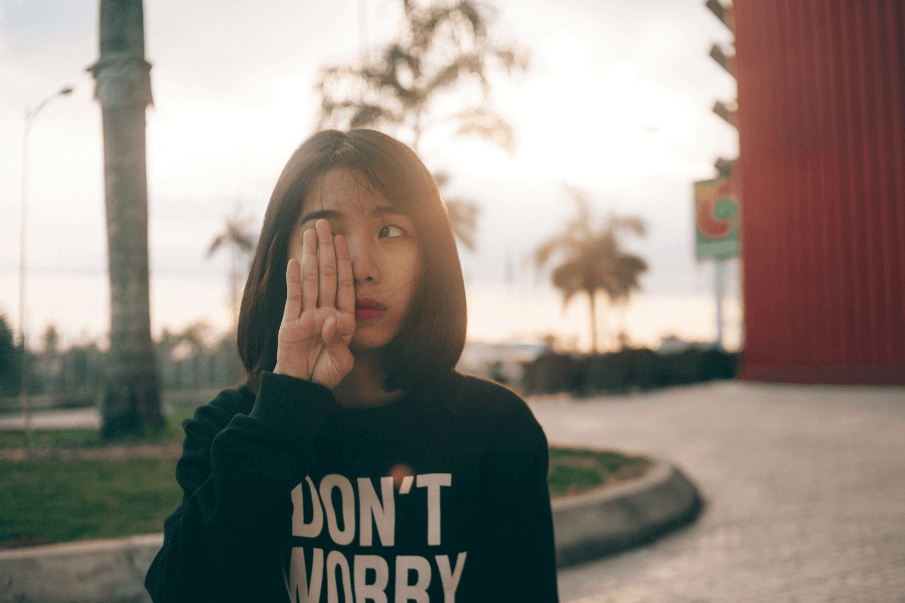 Men and women want to experience a healthy, fruitful relationship with the person they love.

Relationships are the bonds that hold societies together.

But being in a relationship is a complicated enterprise.

We like to think we will fall in love with someone who can express their love in all the usual ways, but that’s not always the case.

Falling in love and being in a relationship is all about the mingling of energy and vibrations.

Sometimes we cultivate a relationship with a person who doesn’t vibrate in the same energy field as we do.

Men are usually the emotionally unavailable culprits in a relationship, but millions of women have the same unavailable vibration.

Most men don’t know how to handle a woman who is emotionally unavailable, because their hearts are beating with love, and their minds are saying she’ll change.

But these women are hard to change unless they do the work and recognize the unavailable vibrations they are sending through their words, actions, and lack of compassion.

A woman may be coming out of a nasty divorce, so she has trepidations about beginning a new relationship.

She may be unavailable because she grew up that way, or she is experiencing a mental issue that is keeping her feelings in an untouchable place.

In many emotionally unavailable cases, several of the reasons overlap, so it’s hard to determine what the real issue is without professional help.

13 Signs of An Emotionally Unavailable Woman

1. She Has Difficulty Sharing Her Feelings

Some women are quiet because they came that way.

These women have a hard time sharing any type of emotion because at an early age they got the message not to share them, or they did share them and emotional pain was the outcome.

Other women have a hard time putting the words together to express how they feel, so they keep quiet and act like nothing phases them.

Some women like the concept of a relationship, but they don’t want to be in one.

If they dig too deep and discover who you really are, they run away, because that means they will have to share who they are.

And in most cases, sharing her life and feelings scares the crap out of her, so she acts like she’s not interested in knowing the real you.

3. She Fears Closeness and Doesn’t Want To Be Vulnerable

Relationships can be messy, so many women take the less bumpy road and focus on themselves instead of exposing themselves and being hurt by a man.

They like being alone because there are no questions to answer, and there’s no commitment to reinforce.

Being vulnerable is like being naked, and most women don’t like being that exposed in front of the world.

4. She Gets Defensive and Self-Protective When She Is Challenged

Women wear a mask in order to hide from relationship challenges.

They hide certain aspects of themselves in order to fit in or to put people in a non-threatening frame of mind.

Being with one person for life is a challenge for some women, so they cut and run, or they become defensive to hide their true feelings about relationships.

5. She Can’t Function When There’s Conflict

Women who are emotionally unavailable avoid conflicts at all costs.

Even when things are going great, they have a tendency to keep their guard up so they can escape when the first sign of a conflict appears.

Keeping necessary conflict at arm’s distance means nothing gets resolved or healed, so her love relationships are always on the verge of a breakdown.

6. She Blames Others and Avoids Personal Responsibility

She’ll make jokes in serious situations and is quick to blame and judge others.

Self-responsibility is not in her wheelhouse, but sarcasm and deflection are her calling cards.

When there’s an issue, she is quick to blame someone or something else for her mistakes or poor judgment. She may act helpless and needy so she doesn’t have to step up and own her stuff.

7. She Doesn’t Want A Committed Relationship

Emotionally unavailable women usually have bad taste when it comes to the men in their lives.

They like men who are also emotionally unavailable or guys who are in a relationship because they can keep things superficial.

She chooses men she knows can’t or won’t be there when it counts, and that’s fine because she doesn’t want to feel obliged to be there for them.

When a man who is emotionally available and unattached shows interest, these women run for the nearest exit or shuts down the relationship before it has a chance.

8. She Spends Time with A Partner When It’s Convenient For Her

They build their world around them, and then interact with a partner when it suits their needs.

Compromising with a partner is a challenge, and they only agree to spend time in the relationship when they feel it will benefit them in some way.

Reading, watching movies, or going out with friends take precedence over time with their love interest, especially when these women want to avoid any type of interaction that may require a positive emotional response or more serious interaction.

9. She Has A Narcissistic Streak

Women who avoid emotional encounters of any kind are usually narcissists.

Their world revolves around themselves and what they believe is true. All other beliefs and needs are secondary, so they have no merit.

But these women can be very charming and engaging at first. They have the ability to hide their narcissistic ways until things don’t go their way.

When her back is up against the wall or her manipulative behaviors are exposed, the only person she cares about is herself.

And when they get into a relationship, sex is the bond that holds the relationship together.

Love and sex are strange bedfellows in the minds of these women, so sex trumps love because love is either too complicated or not something they relate to for a variety of selfish reasons.

11. She Is Often Distant And Aloof

Forget about flirting. These women are terrible flirts.

And if someone is flirting with them, they may not even notice the attention.

They may feel like they are not much of a catch, so being aloof comes naturally and being distant is their armor of choice when someone gets too close.

If their partner breaks down in front of them, they don’t know to react, so they half-heartedly pat them on the back while they look for someone to rescue them from the situation.

12. She Can’t See The Forest For The Trees

Most of these women could care less about personal growth, expanding their horizons, and breaking away from this destructive behavior.

They believe what they say and do is an essential part of who they are, and they shouldn’t have to change, even if their behavior hurts others.

The hurt is never their fault. They lack the self-awareness to analyze what they do and how they do it, because they think being emotionally detached is the best weapon or defense mechanism they have.

13. She Appears to Lack Depth

If you try to converse with her about deep or profound topics, her eyes glaze over. It’s not that she’s shallow (although she could be). It’s more that she doesn’t want to engage with you on that level.

She prefers to keep conversations light, breezy, and superficial. If you try to discuss the meaning of life or your latest “aha” moment, she’ll redirect the conversation quickly or just shut you down.

Going down that path means she’d have to reveal too much of herself, which she’s unwilling or unable to do.

Even though these emotionally stunted women are a handful when it comes to having an authentic connection, men still fall hard for them.

There is something weirdly alluring about a woman who doesn’t give a damn about anything but herself.

Men crave a challenge and having a relationship with a woman who appears unreachable is a serious endeavor.

Can An Emotionally Unavailable Woman Fall in Love or Change?

You may wonder if an emotionally unavailable woman can ever change. Can you ever reach through the defenses or the selfishness to build an intimate, healthy, and mutually respectful relationship?

It’s only possible if the woman’s pain, loneliness, and desire for something more authentic outweighs her need to cling to her past ways.

Even then, she will need to be honest with herself about her behaviors and how hurtful they have been, and do the work to change her mindset and actions.

This may require both individual and couple’s counseling with two very motivated people who sincerely desire to make the relationship work.

The 13 signs of women who are emotionally unavailable are a guideline for men to use when they think there is trouble brewing in their relationship, or when they can’t get close to a woman they want to be close to.

Even if a woman can’t share her feelings or may not seem interested in who you are initially, it doesn’t necessarily mean she’s emotionally unavailable for good.

She may need more time than you do to assess the relationship and determine whether or not she’s all in before she can open up.

If she blames you when she does something stupid, or only spends time with you when she thinks it serves her purpose, she may just be immature and needs some relationship coaching or counseling to help her learn how mature relationships work.

However, if there are no signs of change or if the relationship is only about sex, it may be time to rethink your personal priorities.

Being close to someone who is emotionally absent takes a lot of patience and hard work that may not pay off.

Some men would rather cut bait, and look for another relationship that doesn’t have the excess baggage that a dysfunctional relationship has.

If you aren’t sure about whether or not you should continue to pursue your relationship with a woman who isn’t investing emotionally, talk to a counselor and describe the behaviors you are seeing.

A good relationship counselor can help you make the right decision for your own mental health and happiness moving forward.