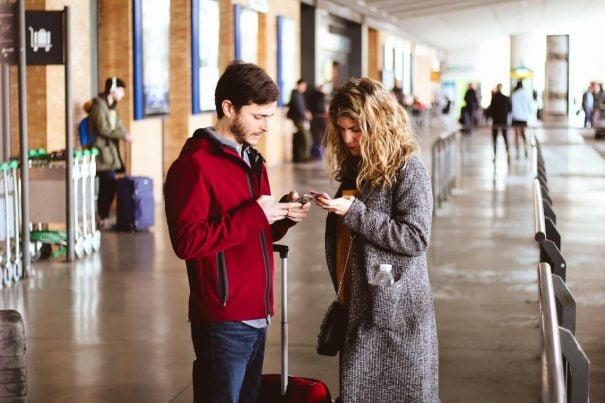 “Why are you so antisocial?” You’ve heard this question about a million times. It gets old.

It’s not that you deliberately try to hurt or alienate people.

You just prefer your own company most of the time.

You’re fully capable of being pleasant around people when you have to be.

That’s not to say you’re never unpleasant. Sometimes, maybe, you don’t take into account the feelings of others. But who doesn’t do that sometimes, right?

Does that mean you’re antisocial or asocial? They’re different. Read on to learn how.

What Is Antisocial Behavior?

Antisocial people behave in a manner deemed socially inappropriate or even morally wrong. Some antisocial behavior is worse than others. Consider the following examples:

For some, antisocial behavior is just their habitual way of acting toward other people. For others, it’s a departure from their normal. In either case, it’s essential to understand the problem at its root.

What is the difference between asocial and antisocial? It’s in the attitude.

Asocial is the more accurate term for those who choose to socialize as little as possible. This behavior is a learned approach to life. The asocial person has learned to avoid people (or most people) to conserve their energy for things they enjoy far more than socializing.

They don’t dislike people. They just like them better in small doses. Someone who is asocial may just be introverted. Or they may be on the autism spectrum. Or both.

Yet, too often, people see someone keeping to themselves and label them “antisocial.”

Antisocial behavior is contrary to morally appropriate behavior toward others. It goes beyond merely avoiding people to acting in a way that is openly hostile or antagonistic. There’s an actual personality disorder with the word “antisocial” in it.

It’s a step too far, though, to describe antisocial people as “bad.” Being antisocial has its roots in both nature and nurture. Neither makes the person fundamentally irredeemable.

And whether or not the behavior leads to a diagnosis, there are things you can do about it.

Why Am I So Antisocial? 9 Common Reasons

A better question is, “Why am I antisocial?” or “What causes someone to be antisocial?” Once you know the reason behind your behavior, you can take steps to correct it.

1. You’ve learned at an early age not to ask for (or expect) attention or sympathy.

Some people diagnosed with antisocial personality disorder (APD) have grown up in homes where they learned not to ask for or expect sympathy from others.

This isn’t always the case — and it should never be the default to blame the parents. But if you learned to see yourself as a burden or as someone who consistently falls short in every way that matters, your antisocial behavior shouldn’t come as a surprise.

You learned antisocial behavior as one who received it. It’s been your normal for as long as you can remember. But you’re not locked into that “normal” for life.

2. You feel criticized, dismissed, or judged by others, and you react with anger.

Chances are, when you’re around other people, you’re doing one of the following:

And you use this (your certainty or any supporting evidence) as justification for your antisocial behavior toward them. After all, they have it coming.

They’ve already decided you’re a problem for them. So, why pretend otherwise?

3. You’ve never learned to empathize with others.

It’s possible no one has shown you empathy. Maybe, from a young age, you’ve been taught that empathy is a weakness. You’re more comfortable with distrust and detachment.

Your behavior isn’t an accidental overflow of your anxiety or repressed rage; it’s intentional and often pre-meditated. You don’t identify with the people hurt by your behavior. They’ve hurt you — or they would hurt you, given the chance.

You’ve learned to “otherize” yourself and the people closest to you. If you remain detached from your own emotions, why would you want to feel anyone else’s?

4. You’re feeling depressed and frustrated with people in general.

If you don’t exhibit someone with antisocial personality disorder traits, you may be antisocial because you’re depressed. You have no meaningful support from the people you want to be able to count on.

Your antisocial behavior, in this case, could be your way of crying out for help, even if you don’t expect to receive it. It’s part anger, part desperate hope, and part despair. You want to feel better but feel incapable of changing things.

Part of you is still clinging to the hope that someone will care enough to notice.

5. Being around people costs you too much (energy).

It could be you’re struggling with an illness that flies under the radar (medically) and that sabotages your energy levels. Or it could be that being around people has been exhausting for as long as you can remember.

You’ve come to associate people with that familiar draining of your will to live. And your version of fighting back is decidedly antisocial.

The pain or fatigue caused by a chronic (or acute) illness can make antisocial behavior more likely (lower energy, shorter fuse, zero filters). This is more likely, of course, with people you already resent or dislike.

What Is The Most Introverted Personality Type?

Are You Socially Inept? 25 Of The Best Ways To Know For Sure

37 Fun Things To Do By Yourself

6. Your heart chakra is blocked.

Your heart chakra, when unblocked, allows you to do the following:

The Sanskrit word for the heart chakra is “Anahata,” which means “unstuck.” A blocked heart chakra leads to dysfunction that affects every area of your life, including your mental health and relationships.

7. You have repressed strong emotions that come out in social situations.

When you’re repressing strong emotions toward someone (or toward people in general), those emotions have a way of coming out when you’re stuck in a social situation or faced with one you can’t avoid.

Part of you might be willing to let some of that hostility or resentment leak out in the hope that those who are forcing you to socialize will regret that decision.

You’re teaching them not to impose their idea of “normal” on you. Sometimes, you have a to break a few eggs (i.e., social norms) to get the message across.

8. You’ve suffered a trauma and have yet to acknowledge or process it.

You’ve suffered something you’ve yet to acknowledge or process. You haven’t faced it, either because you’ve forgotten it (blocked it out) or because you’d rather just not go there.

How dare anyone try to force you into “facing your fears” when they don’t know how those fears came into being? They haven’t experienced what you have, yet they’re expecting you to act in a way that makes them feel better about themselves.

If they push you to the point where you blow up in their face, they have only themselves to blame.

9. Your self-talk is predominantly negative, and it comes out in social situations.

If you’re used to self-talk that’s mostly (or entirely) negative, you probably expect others to think of you or talk to you in the same way.

On the other hand, if you were used to treating yourself with compassion — with your self-talk and other daily habits — you either wouldn’t expect negativity from others or wouldn’t be as strongly affected by it.

Own the language you use on yourself, whether it’s out loud or in your head.

How Do I Stop Being Antisocial?

Whether you have a diagnosis of antisocial personality disorder or you’ve been guilty of antisocial behavior (without a diagnosis), you’re not doomed to spend the rest of your life written off by society as a criminal, a “sociopath,” or “one of those people.”

Do this for yourself — not to score points with anyone or to earn anyone’s respect. The more of the following steps you take, the more progress you’ll see.

You can change your antisocial behavior.

Now that you know the whys behind antisocial behavior, what will you do today to address your own social stumbling blocks? Even if your conduct is better described as asocial, continuing to avoid people can be harmful, too — especially in the long run.

Whatever your challenges in the social realm, there are ways to help you navigate it with more confidence and equanimity. And while you’re considering some of the steps described in the previous section, don’t overlook the power of positive affirmations.

Check your self-talk today. And try to replace it with words that support your healing.