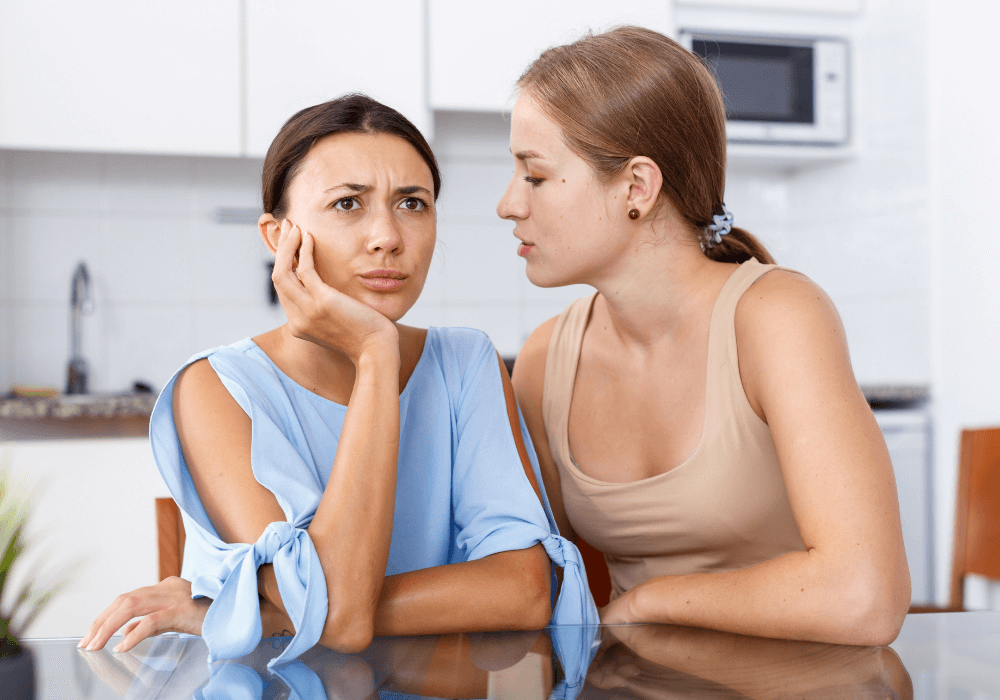 Even if you make friends easily, there’s no guarantee that any of your friends will stick by you when things get dark.

Fake friends are easy to find, and most of them will hang on until they get what they want from you — or until they realize they won’t get that after all.

But how do you tell fake friends from real ones, before they betray or abandon you?

The fake friends quotes below can help with that.

Written by people who’ve learned the hard way how to spot a poser, they can help you find out who your fake friends are.

“No person is your friend who demands your silence, or denies your right to grow.” ― Alice Walker

“Before you count your friends, make sure you can count on them. Some friends are only around when they want something from you but are never there when you need something from them.” ― Rashida Rowe

“People inspire you or they drain you. Pick them wisely.” ― Hans F. Hansen

“An honest enemy is better than a best friend who lies.” ― Vandi Tanko

“Make sure the lions you roll with aren’t snakes in disguise.” ― Genereux Philip

“Share your weaknesses. Share your hard moments. Share your real side. It’ll either scare away every fake person in your life or it will inspire them to finally let go of that mirage called “perfection,” which will open the doors to the most important relationships you’ll ever be a part of.” ― Dan Pearce

“A fake friend is an enemy in disguise.” ― Ellen J. Barrier

“You got nothing to lose. You don’t lose when you lose fake friends.” ― Joan Jett

“People may not always tell you how they feel about you, but they will always show you. Pay attention.” ― Keri Hilson

“I’ve got more respect for someone who comes out and says they don’t like me than for the ones who act like they do but talk bad about me when I’m not around.” ― Mitchell Perry

“Stay away from lazy parasites, who perch on you just to satisfy their needs, they do not come to alleviate your burdens, hence, their mission is to distract, detract and extract, and make you live in abject poverty.” ― Michael Bassey Johnson

“A friend who stands with you in pressure is more valuable than a hundred ones who stand with you in pleasure.” ― Edward G. Bulwer-Lytton

“Sometimes you need to give up on people, not because you don’t care but because they don’t.” ― Jennifer Green

“Time alone can prove the worth of friendship. As time goes by we lose the false ones and keep the best. True friends stay when all the rest are gone.” ― Ritu Ghatourey

“It is necessary, and even vital, to set standards for your life and the people you allow in it.” ― Mandy Hale

“I don’t need a friend who changes when I change and who nods when I nod; my shadow does that much better.” ― Plutarch

“A friend is someone who gives you total freedom to be yourself.” ― Jim Morrison

“It took me way too long to realize that you shouldn’t stay friends with people who never ask how you’re doing.” ― Drew Monson

“Life is all about losing friends, the people you know. So, just that you get better at finding the ones worth suffering for.” ― Mohit Kaushik

“A real friend is one who walks in when the rest of the world walks out.” ― Walter Winchell

“Betray a friend, and you’ll often find you have ruined yourself.” ― Aesop

“There should never be a time you make time for people who waste your time.” ― Carlos Wallace

“A true friend never gets in your way unless you happen to be going down.” ― Arold H. Glasow

“You never lose Friends.
Real ones will always stay – no matter what
and the fakes, you don’t need anyways.”
― Drishti Bablani

“True friendship can afford true knowledge. It does not depend on darkness and ignorance.” ―
Henry David Thereau

“The worst part of success is trying to find someone who is happy for you.” ― Bette Midler

“It is only the great hearted who can be true friends. The mean and cowardly, can never know what true friendship means.” ― Charles Kingsley

“A false friend and a shadow attend only while the sun shines.” ― Benjamin Franklin

“Friendship is also about liking a person for their failings, their weakness. It’s also about mutual help, not about exploitation.” ― Paul Theroux

“An honest enemy is better than a false friend. When in doubt, pay more attention to what people do and less to what they say. Actions not only speak louder than words, they are more difficult to fake.” ― Zero Dean

“Fake people have a hard time attaching themselves to people who have good self-esteem. Because people who feel good about themselves won’t put up with them.” ― Unknown

“Lots of people want to ride with you in the limo, but what you want is someone who will take the bus with you when the limo breaks down.” ― Oprah Winfrey

“False friendship, like the ivy, decays and ruins the walls it embraces; but true friendship gives new life and animation to the object it supports.” ― Richard Burton

Related: How to Make Friends: 10 Steps to Connect with Anyone

“Toxic people attach themselves like cinder blocks tied to your ankles, and then invite you for a swim in their poisoned waters.” ― John Mark Green

“Time passes and you begin to see people for who they really are and not who they pretend to be.” ― Scarlet Koop

“I would so much rather have a few good friends than a lot of fake friends.” ― Lauren Conrad

“You don’t lose friends because real friends can never be lost. You lose people masquerading as friends, and you’re better for it.” ― Mandy Hale

“Being honest may not get you a lot of friends but it’ll always get you the right ones.” ― John Lennon

“True friends are those who came into your life, saw the most negative part of you, but are not ready to leave you, no matter how contagious you are to them.” ― Michael Bassey Johnson

“Weeding out the harmful influences should become the norm not the exception.” ― Carlos Wallace

“When something serious happens in your life, something bad comes out of it but also something good. You get to see who is real. Who your true friends are, and who truly loves you.” ― Angie Karan

“Some people think that the truth can be hidden with a little cover-up and decoration. But as time goes by, what is true is revealed, and what is fake fades away.” ― Ismail Haniyeh

“False friends are like our shadow, keeping close to us while we walk in the sunshine, but leaving us the instant we cross into the shade.” ― Christian Nestell Bovee

“True friends esteem you of greater worth than you feel deserving. False friends demand you prove that worth.” ― Richelle E. Goodrich

Related: What Is A Platonic Relationship? And How To Have Platonic Friends

“Our true friends are those who are with us when the good things happen. They cheer us on and are pleased by our triumphs. False friends only appear at difficult times, with their sad, supportive faces, when, in fact, our suffering is serving to console them for their miserable lives.” ― Paulo Coelho

“We need people in our lives with whom we can be as open as possible. To have real conversations with people may seem like such a simple, obvious suggestion, but it involves courage and risk.” ― Thomas Moore

“To laugh often and love much; to win the respect of intelligent persons and the affection of children; to earn the approbation of honest critics and endure the betrayal of false friends; to appreciate beauty.” ― Ralph Waldo Emerson

“True friendship multiplies the good in life and divides its evils. Strive to have friends, for life without friends is like life on a desert island… to find one real friend in a lifetime is good fortune; to keep him is a blessing.” ― Baltasar Gracian

“False friends leave you in times of trouble.” ― Aesop

“Be slow to fall into friendship, but when you are in, continue firm and constant.” ― Socrates

“Better a good enemy than a bad friend.” ― Yiddish Proverb

“In the end, we will remember not the words of our enemies, but the silence of our friends.” ― Martin Luther King Jr.

“Be careful who you call your friends. I’d rather have four quarters than one hundred pennies.” ― Al Capone

“Fake people are like soap bubbles, they pop out when the sun shines brightly.” ― Chiranjude Bird

Related: 18 Ideas For Dealing With Difficult Family and Friends

“The trouble is not in dying for a friend, but in finding a friend worth dying for.” ― Mark Twain

“There will always be real friends and fake friends. It is difficult to distinguish the two because both will appear the same in the beginning but so different at the end.” ― Rita Zahara

“We fear our enemy but the bigger and real fear is that of a fake friend who is sweetest to your face and most vile behind your back.” ― Mufti Ismail Menk

“You’re going to come across people in your life who will say all the right words at all the right times. But in the end, it’s always their actions you should judge them by. It’s actions, not words, that matter.” ― Nicholas Sparks

“However rare true love may be, it is less so than true friendship.” ― Francois de La Rochefoucauld

“True friendship is a plant of slow growth, and must undergo and withstand the shocks of adversity, before it is entitled to the appellation.” ― George Washington

“In the beginning, some people try to appear that everything about them is “in black and white,” until later their true colors come out.” ― Anthony Liccione

Which of these fake friends quotes describes one of your friends?

Now that you have a better sense of which friends are true and which are likely to turn their backs when the rest of the world does, do any faces or names come to mind?

Have you felt in your gut that someone among your acquaintance couldn’t be relied upon, but you’ve hoped you were wrong?

After all, you’ve been told by some not to be so quick to go with your gut.

Then again, your own gut has proven those people wrong before.

And now it’s sounding the alarm about some of the people in your life. And you’ve learned (the hard way) to listen.

So, may your intuition and your honesty influence everything you do today.

And may you enjoy the blessings of a true and unshakable friendship.