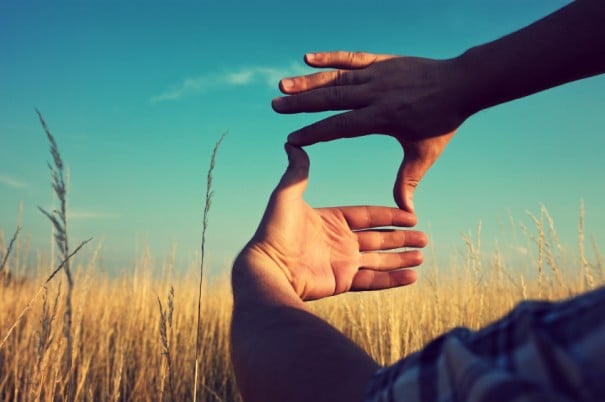 If you are anything like me, you have a handful of life difficulties or minor problems lurking in your brain at any given point in time.

They can be minor irritants like computer problems or taxes due.

And then we have the biggies like coping with ailing parents, issues with our children, marriage problems, or job loss.

Most of the time we spend far more brain energy worrying about the issue than we do actually suffering from the reality of it.

In fact, for me, the worry alone causes more suffering than the problem itself.

Back in my twenties, shortly after my mother died, I had a close friend tell me she had been to a psychic. During the meeting, she asked the psychic about me, and the woman said that my mom (now deceased) had a message for me.

The first message was funny, but as it turns out quite useful. She told me that my mom wanted me to stop wearing such high heels. They would cause bunions and foot pain later in life. That proved to be correct.

But the second message was far more useful and quite startling at the time. The message from my mom was to stop worrying so much.

Worrying doesn’t do anything to make life better, and it would steal my joy. I had been a chronic worrier, and although her beyond-the-grave admonition didn’t change that immediately, it stuck with me.

At the time I didn’t know you could control worry. I also didn’t trust messages from dead people.

In later years, I wished my mom’s warning had come with instructions.

I learned first-hand how worry can lead to debilitating anxiety. I know how the what-ifs and the awfulizing can turn you into someone on constant alert, waiting for the next bomb to drop. It is no way to live. Mom was right. It does steal the joy from life.

For a long time, I didn’t think you could control worry. Once it creeps into your life, it grows like kudzu (if you aren’t from the Southeast or Japan, you may not know about kudzu). When you are trapped in an overgrowth of worry, it’s hard to see the light of day.

Over time I’ve learned more about how to control worry.

I’ve shared many of those techniques with you here — ideas on retraining your thinking, reducing stress, learning mindfulness and meditation, etc.  But only in the last few years have I become profoundly struck at how wasteful and unnecessary it is to worry and pontificate about problems and life difficulties.

Ideas on how to put problems in perspective.

The first thing that opened my mind to this was turning 50. Even now, I don’t think of myself as a woman in her fifties — at least not my concept of 50’s.

I feel about 35 and often find myself confused about how a woman my age should behave. But when that birthday rolled around, there was no denying  I had reached that milestone. It was right there on my birth certificate.

I had the classic, textbook reaction.

I did the morbid little exercise of trying to figure out how many days I had left. Then I cut off a few thousand assuming that the last few years might not be spent driving around in a red convertible and climbing Mt. Kilimanjaro. This was the first time when I really knew, believed in my soul, that my days were numbered. Prior to that, life was just life, and it felt like it would go on forever.

Turning fifty slammed me with the realization that I did not want to waste any more time. I especially didn’t want to waste time on something that had never, ever provided me with anything useful — worry. It was a cold turkey experience. Boom. I will no longer worry.

Now, whenever I feel worry creeping in, I do two things. First, I ask myself, “Is there anything I can do right now to address the problem I’m worrying about?” If there is, I do it. If there isn’t, I whack my brain on its knuckles with a mental ruler and say, “Return to the task at hand. Be here now.” When I’m busy in the moment, worry cannot enter.

Our Place in the Cosmos

One other bit of research and learning has had a significant impact on my perspective about my life and my problems. Even though I’m a right-brained, English major, intuitive type, I’ve become fascinated with elements of quantum physics and theories on the multiverse and the discovery that the universe is expanding at a rapid rate.

I’ve trudged through a few books on the topics by Stephen Hawking and Brian Greene. I can’t intelligently articulate the theories or findings, but I do understand clearly that the cosmos around us is larger than we can imagine. Trying to comprehend it makes my brain hurt.

, the author Mike Hanlon says, “In July 2003, scientists at a meeting of the International Astronomical Union in Australia announced their latest estimate for the number of stars in the Universe – 70 sextillion. That is 7 followed by a mind-boggling 22 zeros… The new estimate means that the number of stars in the visible Universe is larger – quite a bit larger, actually – than the total number of all the grains of sand on all the beaches on Earth…”

If you want some additional perspective on our human existence in relation to our position in the universe, take a look at this short video:

What Does it Mean?

In the scheme of things, our little problems don’t amount to a hill of beans in this crazy world. (Apologies to Humphrey Bogart.) We are a speck on a speck — times infinity.

This knowledge can be completely depressing or totally liberating. It can make you question everything you believe or get really clear about your life.

So here’s the conclusion I have reached for what it’s worth.

I have a very short time on a very small, but beautiful planet. I have many wonderful things at my disposal — people I love, interesting work, fun things to do, new things to learn every day, and incredible beauty all around me.

Yes, sometimes crappy random things happen, and they disrupt my life. But I don’t want them to disrupt it any longer than they must.

I want to savor and enjoy as much of life as I possibly can every single day. I don’t want to waste a minute worrying or thinking about problems. And I want to make the world better in some small way before I leave it.

That’s all I know for sure, and that’s what I intend to do.