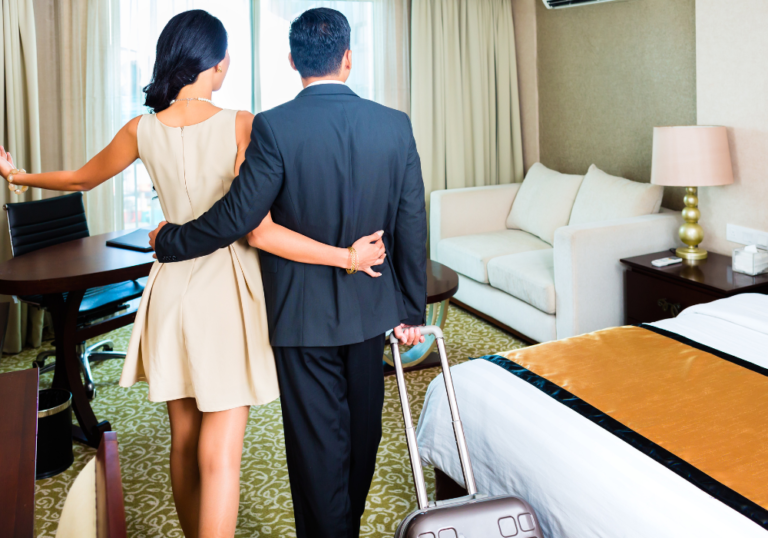 “Love is blind” might be the most truthful statement ever made when it comes to spotting a habitual cheater.

Too often, women see their husbands as heroes and not ordinary men with cracks in their armor.

A cheater’s behavior patterns tell us more by watching than by asking.

According to a 2018 study by the General Social Survey, up to 20% of men have cheated on their wives.

Men 35 and older are more likely to admit they have cheated, with 65 and older being the highest group of tell-tale cheaters.

What Is One Thing All Cheaters Have in Common?

Several characteristics of a cheater stand out, so nailing down just one isn’t easy.

Even one overarching theme among habitual cheaters splinters into different categories.

A cheater’s behavior patterns are mostly centered around a need being unmet.

It could be sexual exploration, trying something new, or getting the admiration that comes in the early stages of any relationship.

This doesn’t mean you ARE NOT meeting your man’s needs. You have done nothing wrong.

Sometimes men don’t even know they have that need until they find it in someone else.

Men need to find their words to tell you when they aren’t happy, and you need to understand a cheater’s behavior patterns and serial cheaters’ personality traits.

15 Characteristics of a Cheating Man You Need to Know

Several of a cheater’s behavior patterns might be actions that initially attracted you to them. Love is blind, but it’s also deaf and mute sometimes.

This guy says, “Just one more drink” four times before you leave the barbecue.

He goes to the hardware store to get paint and comes home with a new lawn mower. He splurges on a new suit while you’re saving for a family vacation.

Men who lack impulse control could find themselves in a regretful situation on the next business trip to Las Vegas. Temptation is the same no matter what person, place, or thing is available.

His flirting was adorable when you first met. The way he pursued you, smiled with those dimples, or gently touched his hand on your lower back as you were talking.

It stops being adorable when you are two kids into a 10-year marriage, and he’s doing any of that with a colleague at a work party.

Set boundaries early in a relationship regarding inappropriate behavior and what you believe to be cheating. If flirting is off the table, stand firm. Cheating doesn’t always have to mean sex outside the marriage.

Fatal Attraction was the epitome of a man taking advantage of an opportunity. In the end, it didn’t work out so well for the mistress or the bunny.

If your man is always seizing an opportunity, it could indicate future behavior. A cheater’s behavior pattern that is opportunistic generally means there was no intent to cheat – he just couldn’t help himself.

Notice how your husband acts when he does seize a regular opportunity – maybe it’s taking the front row parking spot when he knew another car was going to park there. Does he feel guilty? Victorious? The response says a lot.

Imagine if that one thing that really bothers you, like guilt feelings, could be stored in a box, closed, locked, and put away until the next family dinner. You can’t see, think, or ruminate over it. That’s the skill of compartmentalizing.

Men are particularly good at compartmentalizing thoughts and feelings, so the two never cross paths. If your man can compartmentalize well, that means he potentially could easily box, close, and lock any indication of an affair while around you.

The word “narcissist” is thrown around on social media, describing any selfish person or deed.

However, narcissists go far beyond selfishness. They lack any ability to feel guilt or remorse. They are always wearing a mask of who they THINK they should be in society’s eyes.

To better understand, think of the last time you ate a banana. You were hungry for that banana. You peeled it, ate the whole thing, and threw away the peel. Then you went on with your day. You never thought twice about that banana peel sitting in the trash.

To a narcissist, you are that banana peel. You serve a purpose and then get discarded without a second thought. Rinse, repeat.

“You’re crazy!” is the anthem of gaslighters. He manipulates conversations to make you appear forgetful, confused, or outright crazy.

It can be as simple as pretending you never told him about dinner with the neighbors, even though you told him, texted him, and put it in his calendar. He will still insist you never clearly communicated it to him.

The problem with gaslighting is that many women want to fix the situation or move on from it and say, “Okay, fine. I don’t want to argue about it.”

This just adds more gas to the proverbial lamp for next time until he comes home late four nights in a row without an explanation and sings the “You’re crazy!” song before going off to bed.

7. He Has Personal Experience with Cheating

Men who witness parental infidelity could be destined for the same fate. Either a man sees his dad, “the hero,” do it, so it MUST be okay, or he could see his mother cheat and become terrified his own wife will cheat.

That anxiety bubbles up, and some will choose to “cheat first” in a relationship. On the other hand, he could also say, “Well, my parents worked through it, so we can too.”

Did One Of You Cheat In Your Marriage? 10+ Common Reconciliation Mistakes To Avoid

8. He Cheated With You

This habitual cheater has a love story with you that usually starts along the lines of, “You can’t help who you fall in love with, right?” The fact that a cheater is with you, even if you didn’t know he was a cheater at the beginning, means they are familiar with the behavior.

Women also lose some ground when complaining about a potential habitual cheater because “What did you think was going to happen considering how you two met?”

You don’t “deserve” to be cheated on. Period.

9. He Has Low Self-Esteem

A cheater’s behavior pattern could be as simple as not feeling good about themselves and looking for any chance to get an ego or endorphin boost.

A study published in Psychology Today reveals that 57% of men blame their own low self-esteem as the main driver behind cheating. He might think you nag on him too much, which beats him down.

He could also feel so bad about himself that he ignores his need to self-improve but instead seeks that validation outside the marriage.

Intimacy can tone down after the honeymoon until it becomes a scheduled or seldom act. Some couples even have to plan sex to adapt to busy lifestyles.

If you suddenly find your man trying new tricks or buying you lingerie, he might be cheating with someone else and trying out his new moves on the woman he married.

11. He’s Accusing You of Cheating

Famous trial lawyer Louis Nizer famously said, “When a man points a finger at someone else, he should remember that three of his fingers are pointing at himself.”

Whether the accusation stems from guilt, is a defensive tactic, or is an act of gaslighting, there’s truth to that statement. Especially if your schedule and daily patterns haven’t changed in the slightest, yet he’s still accusing you, start snooping.

You’ve watched several times as your husband convinced his mother Sunday night is booked with a business dinner, and you’ve celebrated the win when he gets away with it.

That same ability to tell someone he loved a bald-faced lie indicates a remarkable ability to hide the truth from people he loves.

13. He Guards His Mobile Devices Like They Contained Nuclear Codes

Trust and respect for privacy go a long way in a healthy relationship, but there should be no reason your husband would hide things from you, change a passcode on the phone often, or walk out of the room when the phone rings.

If your husband won’t let you see his phone, call list, photos, or app downloads, there is definitely something going on with his boundaries in the relationship. It might be cheating, or it might be another thing he’s hiding.

Our apologies to all the good men out there who happen to have taught an iPhone to whistle Dixie.

However, a man with expert knowledge of apps, downloads, organization, and social systems is likely to find all the ways to hide things on a device and all the apps that he can use for untraceable contact.

Be especially suspicious of his activity if he uses the Kik app.

“SQUIRREL!” Dug said in the hit Disney Movie Up when he was mid-sentence and got distracted. Men with ADHD can have their own “SQUIRREL” moments, otherwise known as “Shiny New Things.”

A 2019 book, ADHD After Dark, highlights the main challenges when one person in a relationship has ADHD and the other doesn’t.

One top finding of this study was that men with ADHD are more likely to be cheaters because they focus on the new, exciting relationship and become hyper-focused on it, even to the detriment of their family.

Do you hear that noise? That’s your brain overanalyzing every move your man has made in contrast to every point listed above.

There is a lot to be said about the gut feeling that your man is cheating on you, but it’s a far cry from proof.

Do not confront your husband until you don’t even have to ask, “Are you cheating on me?” because you already have all the proof you need.