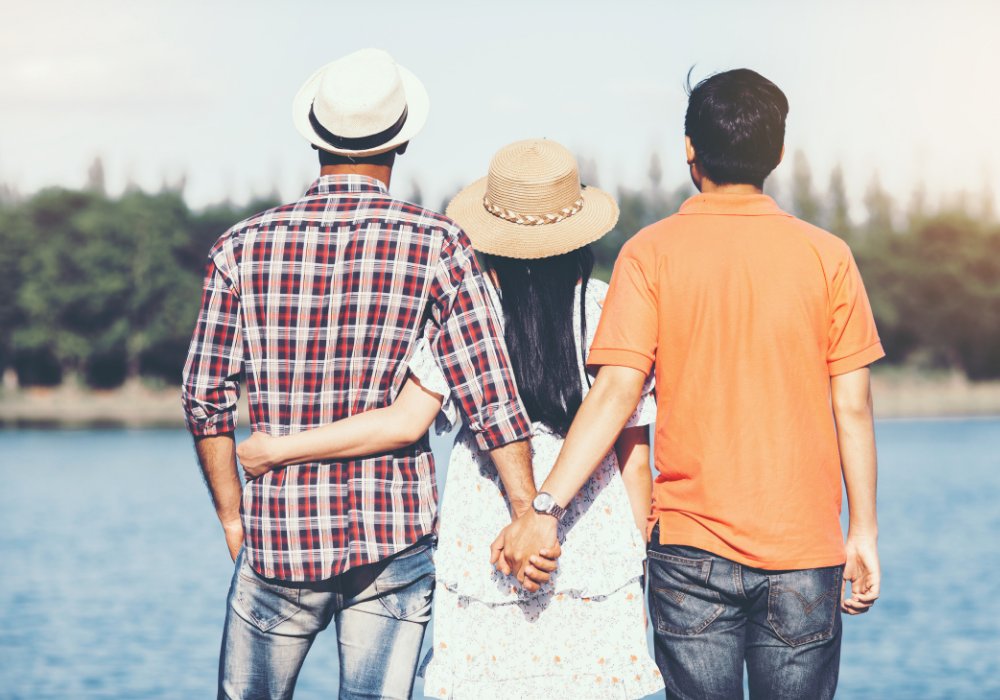 Has your husband exhibited behavior recently that makes you question whether or not they might be attracted to men?

While your husband may be a trustworthy and respectable man, there may be some gay husband warning signs that you can’t stop thinking about.

If the sexual orientation of your husband might not be what you initially thought it was, we have nine signs that point to your husband being gay, and he’s been hiding it all along.

How to Tell If Your Husband Is Gay

It’s not entirely unheard of for a woman to be involved in a relationship with a man for many years while the whole time feeling like something is ‘off’ about their marriage.

Some women have that nagging feeling that their husbands might be gay.

Other women miss the signs or do a good job at ignoring them so their life can continue as it has been.

Let’s look at some of the ways you can tell you have a gay husband.

He tells you that he’s gay.

Has your husband come right out and told you that he is attracted to other men? You may not have believed him at the time and thought he was joking.

If he’s been honest with you and let you know what’s going on, you should have another conversation with your husband to clarify.

He justifies the lack of sex.

Was there a decline in sexual intercourse between the two of you at some point in your marriage? Did your husband make excuses for the decline?

Maybe he tried to point out that many marriages end up becoming routine and sexless. If there’s no real reason for a decrease in sex, this could signify he may be a homosexual husband.

Did it turn out that your husband needed some kind of medication to rise to the occasion when the two of you had sex? You may have found a prescription hidden somewhere in the house for something like Viagra or Cialis.

He has unusual sexual preferences.

For your gay husband to enjoy sex, have they asked you to do kinky things that seem out of the norm for the two of you? He sometimes desires things that make you uncomfortable or uneasy about what turns him on.

He frequently refers to feeling trapped.

Does your husband say he feels trapped in your marriage but can’t explain why that is? He may feel like he has to pretend to be attracted to women, and he cannot be his authentic self.

He’s often looking for a way out of the relationship, though there are no real disagreements or fights to initiate the conflict.

He travels a lot for business.

Your husband being away from home frequently (and you being unable to track what he’s doing) could signify that he has some secret gay activities going on.

Can you reach him in the evenings when he should be in his hotel room? If you can’t figure out where he is or where he’s been, he could have something secretive going on when he’s out of town and feels more comfortable expressing his being gay.

He has a gay past.

Was there a point when your husband was bisexual or had some sort of gay encounter with another male? This may have been when they were younger, and they blamed it on being young or having been drunk.

Though those encounters may have stopped when you married, this doesn’t mean they don’t think about it from time to time and wish they could experience that again.

He goes to gay bars.

If your husband has gay friends then he might claim he’s going to gay bars in order to support them. This might be normal to some extent, but this isn’t something that should be going on all the time.

One gay bar outing now and then is quite different than your husband spending time at a gay bar one or two times per week.

Is My Husband Gay? 9 Signs He Probably Is

If the behaviors above sound familiar, you likely need more clarity and confirmation. Some undeniable signs point in the direction of one’s husband being gay.

If you’ve noticed some or most of these signs in your marriage, it’s probably time you and your husband sat down for a serious conversation.

1. He’s Not Passionate During Love Making

His motions seem robotic, he seems detached, and he doesn’t show any real interest in what the two of you are doing. He probably gets up and moves on with his day when it’s over.

2. Lack of Any Sexual Intimacy

Has your sex life dropped off the face of the earth? Your husband may be gay and have little to no interest in having sex with a woman.

Because of this, they are avoiding all sexual contact with you. It’s not something you should necessarily take personally. Your husband may simply be more attracted to males.

If you’re able to pull up your husband’s recent internet history on his computer, tablet, or phone, you might be surprised by what you see. Check to see if there’s a history of gay pornographic searches involving other men.

His search history doesn’t have to be sexual or pornographic. It may be related to gay men, being gay, coming out, etc.

When you searched their internet history, you may not have found anything regarding your husband being gay, but a lack of internet history can also raise some red flags.

Most people have some type of history listed on their smartphones or computers. If your husband has a completely clear history, then he took the time to clear it out.

This could signify that they’re doing something that they don’t want you to know about.

When scrolling through your husband’s social media accounts, do you know most of the people they are friends with? You may not have met all of them, especially if they’re coworkers.

But is there a demographic of people that are also gay, people you have never heard of, and people that seem to be new friends that they never mentioned to you?

Is My Boyfriend Gay? 17 Signs Your Suspicions Are True

This one may be a little difficult to spot if you’ve not subscribed to the sites yourself, but you may have a gay friend who can check some popular gay dating sites.

If your husband has a profile, there’s no denying their sexual preference.

There’s a big difference between a man who is gay and a man who is straight but comfortable being around gay people and references.

You may have a gay husband if you notice them talking to gay men often or watching movies that feature gay male scenes.

They talk about people being gay often, or they comment on how attractive a man is more than they do a woman.

It’s perfectly normal to watch a movie or a show on television and comment that someone of your same sex is attractive.

When that attraction translates to real life and you catch your husband checking out another man, this is cause for concern.

You can confront your husband about the situation, but you should probably expect him to deny his attraction.

9. Trying to Put On a Front

Your husband may not be ready to express his true feelings for men to you. He may make a conscious effort to cover up these feelings by putting on a front. He may act like homosexuality is repulsive or make negative comments about men gay men.

Suppose your husband has been hiding in the closet regarding his sexuality, but you have noticed some suspicious behavior that has made you seriously believe he might be gay.

In that case, you should sit your husband down so the two of you can have a serious conversation.

You shouldn’t verbally attack your spouse or come at them with an accusatory tone. The goal is to make them comfortable about how they feel, so they tell you the truth.

They may have married you with the best of intentions. It wasn’t until later that they realized they felt differently.

Give It Some Time

There’s the possibility that your husband will deny their being gay. However, you’re putting the thought into their head that you suspect the truth.

They may feel comfortable coming back to you later on when they can honestly think about what they’re doing and how they feel.

Be Understanding of Your Husband’s Feelings

If your husband does admit to you that he’s gay, understand that he didn’t decide to be gay as a way to hurt you. This is something he’s probably been denying for a long time.

Having the courage to stand up for who he really is will show bravery on your husband’s part.

Be Kind to Yourself

Your husband isn’t trying to hurt you by coming out of the closet, but this doesn’t mean you won’t feel the loss of what your marriage once was. You’ll have a lot of feelings to work through as well.

Take all the time that you need to mourn the loss of what your marriage once was.

Don’t Be Afraid to Ask for Help

You can enlist the help of a professional marriage counselor if your husband hasn’t come out to you, but you’re still convinced that they are gay. It can sometimes help to have a mediator help you work through this conversation to get to the truth.

If your husband still insists that they are straight, you have some things to think about. Are you comfortable staying in a marriage where these warning signs are present?

Many of these signs make for a dysfunctional relationship (lack of passion, lack of sexual contact). You may feel like you need to move on despite the lack of clarification from your (possibly) gay husband.

It’s not typically a pleasant experience to find out that your life with your husband isn’t who you thought that he was. His sexual orientation means he’s attracted to men, which will likely change your relationship altogether.

However, your husband must live his truth. It’s also essential that you have the opportunity to be happy in your personal life. It may be time to move on, but it’s better that you know now.