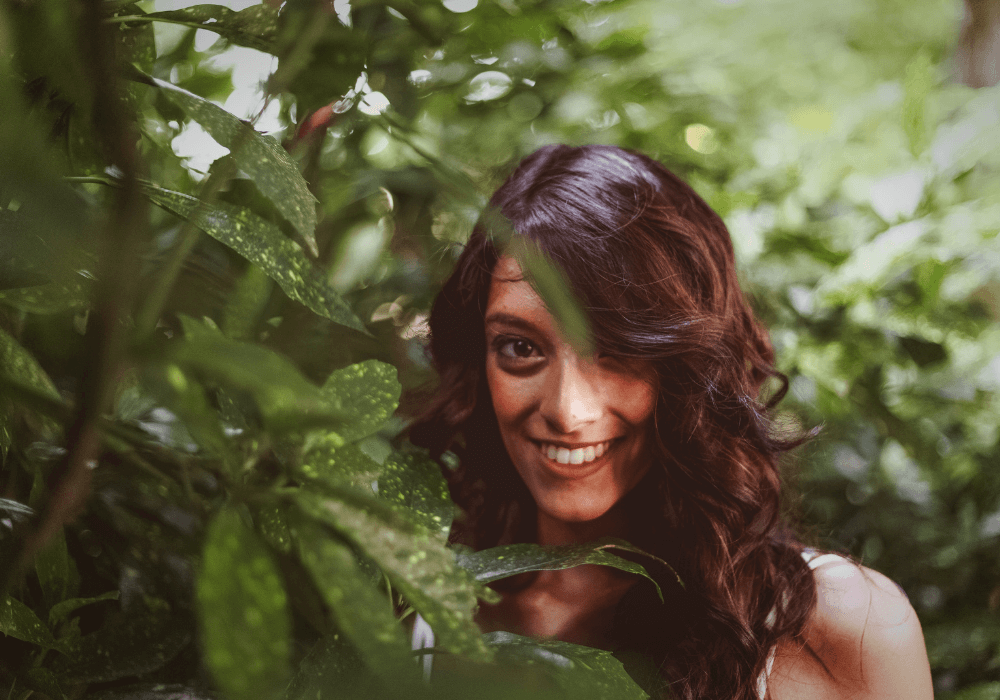 Are you a shallow person — at least some of the time?

Or do you know someone who is?

It’s not a pleasant thought.

None of us want to identify as superficial people, because we all want to believe we’re more enlightened than that — that we’ve evolved beyond superficiality.

Fortunately, though, there are things we can do to help ourselves become less shallow and more like the people we were made to be.

Even if you’re already considered a “deep person” by your friends and family members (and even if they say the exact opposite about you), you can go deeper and learn to see and appreciate more.

Not only will you be happier for it, but you’ll set a better example for others, too.

Let’s start, though, by spelling out what it means to be shallow in the first place.

What Does It Mean To Be A Shallow Person?

For our shallow person definition, we’ll do the civilized thing and share the official description. Here’s what we find:

It would be wrong to assume that all shallow people are unintelligent — or vice versa. How much we see or don’t see in other people or in a particular situation depends less on the intelligence we were born with than on our willingness to use it.

In other words, being shallow has more to do with laziness or fear than with someone’s capacity for intellectual or emotional depth.

But, what makes people shallow?

Why are people shallow?

It sounds like such a simple question, “Why are people so shallow?” It implies that the shallow people are “they” and that whatever disease made them that way hasn’t touched us.

But it’s not as though some people test negative for shallowness and some test positive for it. It’s something we’re all guilty of to some degree.

For some, shallowness is a defense mechanism. It protects them from what they might see (and are afraid of seeing) if they look more closely at someone or something.

Shallow people don’t want to risk seeing more than what is comfortable for them. And if you try to make them see it, they tend to react badly:

They do this to absolve themselves of any responsibility to grow beyond what they are because they want to believe they’re already well above the common lot — intellectually or spiritually (or both). But in order to believe that, they can’t look at themselves or anyone else too closely.

9 Signs of a Shallow Person

You’ll know shallow-minded people mainly by their behavior toward others. The superficial person cannot tolerate any challenge to their preferred (safe) way of thinking about life, themselves, and others.

Explanation: They’re not in the habit of looking beyond the surface and are more likely to overlook or dismiss people who aren’t rich enough, pretty enough, or powerful enough for their tastes.

Course Correction: When you’re tempted to judge someone based on their appearance, tell yourself, “This person may be (or might become) better at loving than I am.” Even if it’s not true, those words will force you to consider something other than what you see on the outside.

2. Shallow people are more likely to believe everything they see or read.

Explanation: They might even assume that those who don’t read their news sources and take their veracity for granted are uneducated or uninformed — simply because the other person expresses a belief or opinion that runs counter to something the shallow person has read.

Course Correction: Take what you read (in the news, in magazines, in books, etc.) with a grain of salt. There might be reliable research behind it, or there might not. Don’t assume it’s fact or unassailable truth just because someone else says it is.

Explanation: They’re also more likely to interrupt and to talk over people, assuming that they know what’s about to be said and that it’s not worth listening to. They like the sound of their own voices more than those of others — particularly those with whom they disagree.

Course Correction: Practice keeping your mouth closed when you’re tempted to interrupt someone or take the conversation in a different direction. Remind yourself to hear others out and ask questions that prove you’ve been listening and thoughtfully considering their words – just as you would want them to do for you.

4. Shallow people tend not to think of the consequences of their behavior.

Explanation: They either don’t anticipate or don’t care about how their behavior affects other people. They may be too angry at a perceived slight to even see the other person as worthy of their consideration.

Course Correction: Too often we stay in our own heads and only think of getting back at someone, and we then say or do things we have reason to regret. Start by telling yourself that no matter how much someone’s words or actions might have hurt, the only response you won’t regret is treating them kindly and forgiving them. Learn to see yourself in others, and this becomes easier.

5. Shallow people are more likely to criticize others to soothe their own egos.

Explanation: They’re probably unaware as to why they feel a need to take others down a notch, but they do enjoy “winning” an argument — even if their definition of “winning” is just having the last word or saying something witty and (in their view) devastating.

Course Correction: When you’re tempted to criticize someone else or to point out one of their failings, put yourself in their shoes and imagine if someone else were saying the same to you. Remember that your healing doesn’t depend on wounding someone else.

6. Shallow people are more likely to betray someone else to obtain some benefit for themselves.

Explanation: They’ll step on someone else to get something they want. Since they believe they deserve the best of everything, they don’t see their treatment of others as betrayal so much as a gift for seizing golden opportunities.

Related: 60 Deep Questions To Ask Yourself To Create “Aha” Moments

Course Correction: Not every opportunity to enrich or advance yourself is worth taking. Consider the cost to others as well as to yourself, because in hurting or betraying others, you’re doing the same to yourself. If even a small part of you wants to make the world better, blind ambition won’t help with that.

7. Shallow people tend to arrogantly dismiss those who don’t think as they do.

Explanation: If you disagree with a shallow person, prepare for some backlash or to be treated as though you no longer exist. To the shallow person, if you don’t think the way they do, you must be an idiot.

Course Correction: If you’re tempted to dismiss someone who thinks differently from you, ask yourself if they might know something you don’t. And ask if you know everything there is to know about the thing on which you disagree. Open yourself to the possibility that you’re wrong or that you have more to learn about it – and that you might learn something from those who look at it differently.

8. Shallow people are more likely to see forgiveness as a form of violence.

Explanation: Suggest to a shallow person that they might forgive someone and move on, and you might as well poke them in the eye while you’re at it. You’ll get nearly the same reaction — though, with the former, you’ll also get to hear all the reasons why forgiveness is for quitters.

Course Correction: There’s nothing noble or impressive about holding onto a grudge. Real strength lies in the willingness to forgive others, to have goodwill toward them, and to allow yourself to heal and move on. Why settle for a grudge that keeps you sick, weak, and miserable, when you can experience healing, peace, and growth?

9. Shallow people are more likely to see compassion as a weakness.

Explanation: This belief plays right into the hands of those who find it so easy to manipulate shallow people into doing their work for them. If compassion is a weakness, then love is a liability. And the only good is the brief, momentary pleasure you get from others, with or without their cooperation. Shallow people make excellent minions.

Related: 21 Ways To Build Trust In A Relationship

Course Correction: You are so much more than your worst inclinations, and if you have the will to prove it, you can see others as your equals and treat them with compassion and kindness. ou don’t have to be anyone’s attack dog or mouthpiece. Why not see what you can do today to break free of your knee-jerk reactions to things and take a breath to consider what you might not be seeing.

Change is possible. Growth is certain.

The more you see in others what you want to see in yourself, the more likely you are to treat them as you would want to be treated.

If you don’t see those things now, imagine them. The more you practice seeing the good in others, the sooner you’ll see it without trying when you least expect to. And the less afraid you’ll be to see and love yourself as you truly are.

If you already strive to do all these things, congratulations! You’re most likely not a shallow person, though you might have moments of shallow thinking, and you might sometimes indulge in shallow emotions. We all do, sometimes. Nobody’s perfect.

It’s easier to be shallow, so that’s what quite a lot of people settle for. And it takes work to undo years of conditioning in order to make better use of your gifts.

The important thing is that you keep working on becoming the person you were created to be. And you deserve better than the thin scraps a shallow perspective gives you.

May your compassion and capacity for depth influence everything you do today.