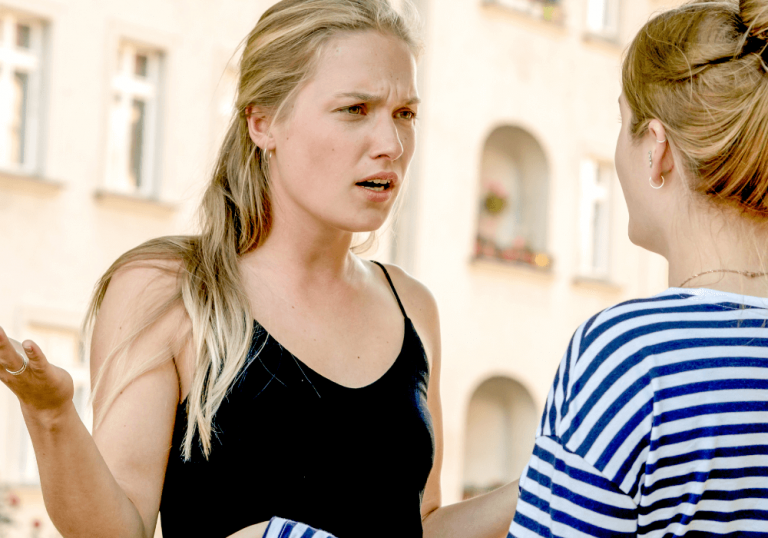 When it comes to fake people memes, you’ve probably seen a few.

They’re everywhere — much like the fake people referenced in them.

Some are funny, while others just remind you of how much it stung when you learned the truth.

If you feel like laughing and crying at the same time, we’re right there with you.

Whether you’re looking for “being ignored” fake friends memes or something more deeply personal, we’ve collected 27 of the best memes out there.

Look through the following memes about fake friends, and make a note of the ones that feel most relatable to you.

Anyone who’s looked through a Where’s Waldo book knows this reference; when you need your friends most, the fake ones make themselves much more difficult to find.

2. “Fake Friends are like four quarters. They change for a dollar!”

A fake friend doesn’t need much in the way of incentive to turn on you, bail on you, or believe the worst about you. You’re just not that important.

3. “Parents notice your fake friends before you do.”

The people who love you most (unconditionally) are better able to see fake friends for what they are.

4. “Sitting alone and enjoying your own company is better than being surrounded by fake people.”

Joker makes a solid point: better to be alone than surrounded by people who are just waiting for the right time and incentive to turn their backs on you.

It’s one thing not to like someone; it’s another to pretend you do just to get something from them or set them up for failure, heartache, or embarrassment.

If you’ve gotten to this point with people, he knows that pain. He expects fakeness and betrayal or indifference—not real friendship. Just looking at him hurts.

You see it, right — that weird blend of humor, sadness, and rage? Yeah. We see it, too. Behind that “Haha, you’re funny,” this man is dying inside.

8. “One good thing about being in bad situations… It makes picking out the fake friends real easy.”

When your whole world is crashing down around you, fake friends back away and whip out their phones to snap some pics. Real friends are there in the mess with you.

It’s not really a superpower so much as a stubborn refusal to acknowledge the neon warning signs before someone hurts you. This is as relatable as it is frustrating.

It looks like this bin is helping you make good choices, but behind the facade, it’s all a lie designed to make you feel good about yourself—until that’s no longer an issue.

Fake friends will blow up your phone when they want something from you. But when you need them and try to get a hold of them… crickets.

12. “I hate two-faced people. It’s so hard to decide which face to slap first.”

The two faces of a fake friend only look different on the outside. So, one good slap should do for both.

13. “Can’t fall for fake friends if you don’t have any friends.”

You can’t be betrayed by someone you trust if you don’t trust anyone. Depressing? Yes. And, despite the risks, most of us would rather take a chance at having a real friendship.

Fake people are constantly handing you scissors—i.e., valid reasons to cut them out of your life. But when you actually use them, suddenly, you’re the jerk.

Fake friends will often try to make you feel worse about cutting them out of your life after they’ve hurt you. If you’re not quick to forgive and forget, they’ll use that against you, too.

Woody looks appropriately horrified. And Buzz seems to be enjoying this a little too much.

17. “Fake friends like to see you do good… just not better than them. You better pay attention!”

Fake friends will cheer you on up until they see you doing better than they are. Then they’ll do whatever it takes to knock you down. Because how dare you?

Those pages are all single-spaced, Times New Roman in 8 point font. No wonder this guy looks tired.

19. “The moment when you realize your friend… isn’t really your friend.”

It’s not a moment you’d wish on anyone you care about. This woman looks like she just walked in on her BFF using her favorite blender—without even asking. Betrayal hurts.

Fake friends will often play the victim to gaslight you when you cut them off. If they can make you feel guilty, thinking, “Maybe I was too hard on them,” they win.

Fake friends are quicker to believe any negative rumors about you — and then help spread them around behind your back because no friend is more important than juicy gossip.

Fake friends measure loyalty by how much you gratify their need for popularity.  Those likes from fans are the air they breathe.

This guy is squinting so hard he might do permanent damage to his eyes. It actually hurts to look at him, just as it hurts to think about how few people you can really trust.

Fake friends should come with a warning sign. Too bad most of us find out the hard way.  Fake friends are everywhere. Some are just better at hiding it.

25. “People talking about fake people, but they are one of them….”

Kermit sees fake people ranting about fake people all the time. It’s all he can do just to sit there and sip his tea – knowing.

That guy in the shop knew all along. Fake friends might look cute and cuddly on the outside, but on the inside bitey. Very bitey.

27. “When they stop talking to you, they start talking about you.”

This assumes the fake friends weren’t complaining about you behind your back from the beginning. Some fake friends are just more proactive than others.

Now that you’ve looked through all 27 fake friends memes, we wouldn’t mind at all if you shared some of your favorites. Some will probably resonate more than others.

Chances are, the real people in your life will know just what you mean.