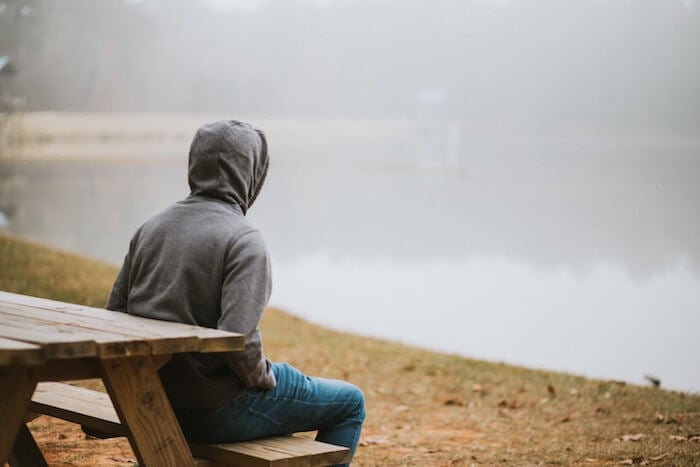 Maybe you know an INFJ and have witnessed the phenomenon known as the INFJ Door Slam.

Or maybe you’re the door slamming INFJ who would like to better understand why you do what you do with people who’ve exhausted your compassion.

After all, cutting people off completely is not your go-to. It’s a last resort. It’s not something you enjoy doing to anyone, but when you reach that point, it becomes easy to walk away from the one who’s crossed the line.

You can do it without hesitation – and without feeling anything but relief.

It’s not a zen thing. It’s the INFJ’s way to protect themselves from someone who has hurt them deeply — probably someone they thought or hoped they could trust.

But is it permanent?

And do all INFJ people do this?

Or more importantly, is there a way to open the door again?

And what would it take?

What is an INFJ personality type?

As the rarest Myers Briggs type personality (less than one percent of the population), the INFJ is known for being compassionate and quick to forgive those who’ve hurt them.

Unfortunately, this also makes them a target for those who take advantage of anyone who seems to value relationships and service to others over their own emotional well-being.

If you’re an INFJ introvert, you know that just being around people is exhausting. But since you want to be there for those you care about — and you want to forgive those who’ve hurt you as soon as they show the slightest sign of remorse — you often put aside your need for alone time to serve the needs of another.

So, when someone crosses the line and shows zero signs of remorse for it, you’re already feeling raw, exhausted, and vulnerable.

And when someone you want to trust kicks you when you’re already down (either because of them or because of someone else), you feel it more.

What is an INFJ Door slam?

Most of this article will be written as though you are the INFJ introvert. If you’re reading this as the friend of an INFJ, my hope is that this will help you see the Door Slam from the INFJ perspective.

Once an INFJ has made up his or her mind to slam the door on someone, every avenue of connection is closed off.

If you’re an INFJ and you still have to be around the one you’ve shut out, you cut them off emotionally. You can still be civil, but even if the person who’s hurt you is acting in a pleasant manner and reciprocates the polite small talk, you don’t allow them any closer. Your guard is up, and you keep them at a comfortable distance.

They can access your remote self but not your essence, because around them, you’re operating in “safe mode,” like a traumatized computer.

Related: 10 Signs You Are The Rarest Personality Type

You respond to them by numbing yourself — much as someone might become numb as a reaction to prolonged emotional abuse. You choose to feel nothing because every good feeling you used to have toward this person reminds you of their betrayal. And every negative feeling drags you down and makes you feel worse.

It’s just easier to go into “machine mode,” act as though everything’s fine, and go on about your day while remaining completely inaccessible — emotionally — to the one who hurt you.

Why INFJ’s Cut People Off from Themselves

What’s important to remember, here, is that you’re not just protecting yourself from further judgment, criticism, or other hurt but also from the pain behind them.

You’re protecting yourself as much (or more) from the internal sufferings of the one who hurt you as from any other hurt he or she might inflict if you let your guard down.

It’s your empathy that keeps you raw and vulnerable, and sometimes shutting others out is the only way to give yourself the space you need to recover.

The ones who hurt you the most are often (if not always) the ones who are also in the most pain. And you feel that pain along with their attacks. And it’s too much.

If you have every reason to expect more of the same from this person, it only makes sense to protect yourself by slamming the door shut between you. You might even go so far as to seem to shift personalities from INFJ to INTP, favoring logic over emotion and avoiding any expressions of emotion that might tear open wounds that haven’t yet healed.

After all, it’s so much easier to focus on logic than to address emotions. Shutting yourself off emotionally and focusing on solving a puzzle probably energizes you, while being around people and empathizing with them drains your energy like nothing else can.

So, once you learn how to shut that door, why not keep the whole world at arm’s length?

Because while you might have shut someone out of your life (or out of your inner circle), you remain sensitive to the needs of others. They draw energy from you. And while it’s exhausting, you have a strong desire to help others heal and grow. You wouldn’t have it any other way.

But if you’re in an INFJ relationship, and you’re the one who slammed the door on the other, you probably need time to process the pain and recover from it.

And if you’re living with the person whom you’ve shut out, the best you can do when you have to be around them is to go numb and become emotionally unavailable.

Shutting people completely out of your life is not something you want to do. However long it took to get to this point, you still need time to honestly reflect on why you slammed the door and whether there’s anything the other could do or say that would justify reopening it.

How to Open the Door When You’ve Wounded an INFJ

If you’re the one who’s had a door slammed in your face, and you sincerely want to make amends and reconnect with your INFJ friend, keep the following in mind:

While keeping all this in mind, brush up on your INFJ facts. It also can’t hurt to find out what your own Myers Briggs personality type is, if you don’t already know.

You might find you and your INFJ friend are more alike than you thought — or that your differences are what make your friendship so important to you.

In any case, don’t lose hope. If you want true reconciliation badly enough, and if you’re patient and willing to do what it takes to rebuild trust, that door will reopen when your INFJ friend is good and ready.

Don’t cheat yourself out of that possibility by giving up too easily and thinking, “I’ve really blown it this time. He (or she) will never let me back in.”

If your relationship is worth the time and effort to rebuild it, and you make the investment day in and day out, the INFJ you hurt – who also has a strong desire for reconciliation and harmony – will most likely notice.

Your relationship probably won’t return to what it was before the Door Slam, but if you’ve succeeded in getting an INFJ to reopen the door – and if you persist in treating your friend as you want to be treated – there’s every reason to hope your relationship will become even stronger.

So, may your thoughtfulness and compassion influence everything you do today.