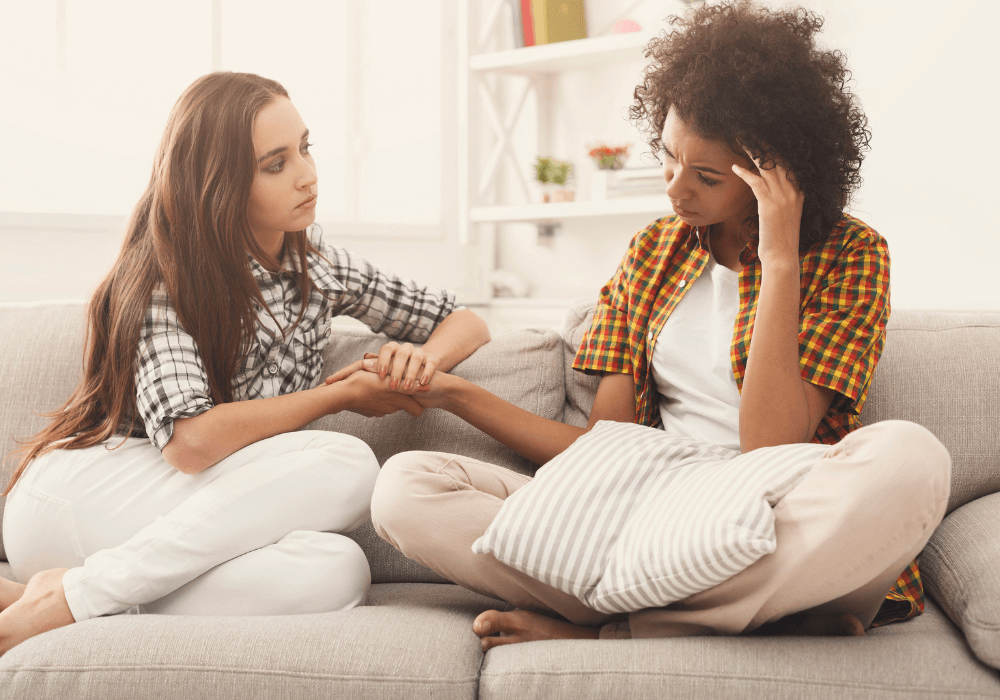 Are morals and values the same thing?

Values and morals both guide your behavior.

But something tells you they’re not the same.

One feels more native to you than the other.

One of them feels more like the product of your environment.

And what other differences separate the two?

What Are Morals and Values?

The morals you learned guide your behavior as a member of society. They come from external influences and become an internalized “moral compass.”

The values you were born with compel you to do one thing rather than another, based on what’s more important to you.

Values come from within and serve as intrinsic motivators.

What Are Some Morals Examples?

Your morals are often revealed in the way you talk about other people’s behavior — and how it measures up to your (learned) expectations:

What Are Some Values Examples?

While it’s possible to express values as statements like the ones for morals, most often, you’ll see them listed as single words like the following examples:

Your values come up when someone describes your personality or your character:

We’ve identified seven core differences between morals and values. Read through the following and see if you can think of examples specific to your own life.

1. Morals are usually expressed in statements or rules; values are more abstract.

Ask someone what their morals are, and they’re likely to express it as statements like the ones listed earlier. They might even sound familiar:

With values, people are more likely to use solitary, abstract words like the ones listed above. If you’re unsure of your own, check out this list of values to consider.

Focus on the ones that call out to you.

Morals make an individual more acceptable to the society in which they live. That acceptance, in itself, serves as an extrinsic motivator. Morality, as a product of your environment, depends mainly on extrinsic motivation, but not entirely.

Your values are what provide your intrinsic motivation for doing things. The values themselves are independent of external influences, but as a human being living among other people, you feel and internalize that influence from an early age.

3. Morals can change if your influences change; values tend to remain the same.

If your primary external influences change, your morality can change right along with them — especially if the new morality is more in agreement with your personal values.

The more aware you are of those values — which have always been there but might have been bullied into a closet by an oppressive belief system — the easier it gets to discard any part of your adopted morality that clashes with your primary code.

If you still embrace the same morality you learned as a child, then chances are you’ve never questioned it. And there’s more than one possible reason for that:

29 Funny Philosophical Questions To Make You Think And Laugh

Morals are all about what’s right and wrong, which makes them similar to ethics. But morals feel more personal than ethics because there’s an emotional component to them.

Attack someone’s morality, and they’re more likely to take it personally than if you criticize their ethical standpoint.

On the other hand, values aren’t so much about judging between right and wrong as about identifying the source of someone’s intrinsic motivation. Your values motivate you to do one thing rather than another or choose one thing over another.

With values, you’re less concerned with what is morally right and wrong than with whether a particular action or choice is consistent with your internal drivers.

5. Morals can be based on values; values come before morals.

The morality you live by depends mainly on personal values that become social norms for a group of people. But when those morals clash with a deeply-held personal value, you’re more likely to act on the latter — which had been part of you before the morals took root.

Values are more deeply rooted. If your morality is perfectly in sync with your values, you’re unlikely ever to question the former.

Only when you see (or feel) a conflict between the two do you feel pulled in the direction that diverges from the society-approved moral path.

Generally, though, living by your values is more crucial to your integrity and happiness than adhering to someone else’s.

6. You’re more likely to act against morals than against your core values.

Your internal guidance system, governed mainly by your core values, has a stronger hold on you than externally-imposed morals.

If, for example, society expects you to be a submissive Christian wife, but one of your values is independence, you’re more likely to defend this value than subjugate it to your spouse.

If commitment is another one of your values, you probably won’t cheat on your spouse. But you’ll look for other ways to honor your values and live in agreement with them.

The cost of repressing those values to conform to society’s expectations is high, but it tends to be more hidden and more personal.

The cost of disregarding those morals might come with a higher price than you’re willing to pay or to impose on someone else (especially your kids).

What you do will most likely depend more on your values than on your morals.

7. You’re more likely to be judged for your morals than for your values.

Or, to put it more clearly, you’re more likely to be judged for NOT having the same morals as the people around you — or for not living by those morals.

Your values are personal; they’re part of who you are. But since we’re not mind-readers, we’re more likely to notice whether someone’s behavior fits societal norms for morality than whether it’s consistent with their values.

For example, your value of compassion for others might justify lying rather than truthfully disclosing their whereabouts to someone intent on harming them.

But if that person happens to be a fugitive from the law, society won’t look kindly on your aiding and abetting them, even if the law is unjust.

When slavery was legal in the U.S., those who helped slaves to escape and claim their freedom were considered lawbreakers, at best. Abolitionists saw it differently because their values and the morals they learned from others guided them in a different direction.

Now that you have a better handle on the differences between morals and values, which of the points in this post were most helpful to you?