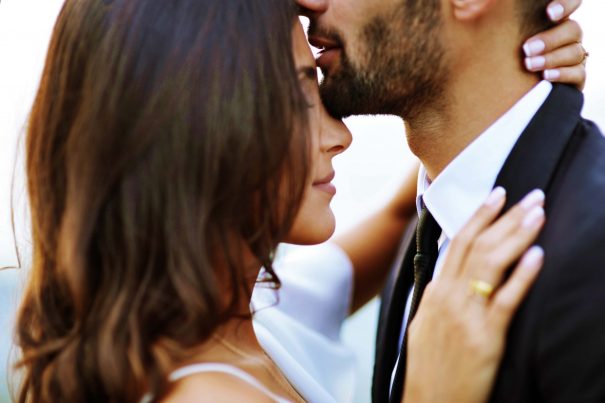 People are talking about you two.

You each have a strong presence of your own, but your chemistry together is what makes others see you as a couple worth watching and emulating.

You’re a power couple — at least to your biggest fans.

Wherever you go and whatever you do together, people want to know and experience your joys and pains with you. Your relationship makes others want to know what your secret is.

Because they want it.

And maybe some of your magic will rub off when they’re around you.

You know it doesn’t hurt that you look great together, but you also know that reaching this level in your relationship takes a lot more than that.

You and your spouse/partner have worked out how to be a power couple.

But what does even mean?

What is a power couple?

So, what makes a power couple?

According to Dictionary.com, both members of a power couple are accomplished or even famous in their own right. But together, their power and influence magnify exponentially. Think Barack and Michelle Obama, for one example.

These are the couples you see on magazine covers whose relationships seem impervious to paparazzi, parenthood, and the latest rumors.

They’re human (you’re fairly certain of this), so they experience the stress that goes with celebrity status, but they’re also grounded and resilient. And they’re completely committed to their relationship.

Or maybe this brings to mind a couple from a movie you’ve seen or from a favorite TV series. In any case, the most likable power couples use their influence for good.

The term is sometimes used with everyday couples — married or unmarried — whose romantic relationship inspires others.

After all, it’s not fame that makes a couple powerful; it’s their relationship.

9 Signs You Are A Power Couple

Being treated like the world’s most inspiring couple is all well and good, but what are the signs that your relationship has actually gained power couple status?

Everybody seems to want what you have with your partner, and apparently, they think you know things few mortals do — the secret to a blissful and mutually empowering relationship.

You can’t really blame them for wanting to feel the way you feel when you’re with your partner. And you want the same happiness for them.

It hurts to see any friend’s relationship flounder and die. But while they might think you’re their secret access key to a relationship like the one you have, you know it takes two to make what you have look this easy.

2. You’re both secure in each other’s love and support.

When one of you is under attack — from family, critics, paparazzi, etc. — the other will walk through fire to have your back.

And it never feels forced or fake. It just feels like you’ve come home

Whether you’ve just performed in a chart-topping movie or you’ve just published a book or won an award, your biggest fans know that your spouse/partner is a big part of that.

Each one’s successes are also the other’s. You share in each other’s elation, pride, and excitement. You celebrate each win as though you both made it happen because you know it’s true.

Each one of you collaborates in some way in the accomplishments of the other. When an effort doesn’t yield the hoped-for results, you and your spouse/partner work out how best to move forward.

You don’t overdo it, because you’ve got nothing to prove to anyone.

You don’t feel the need to convince the world and yourself that you’ve got something special, because you already know you do. And it’s no one else’s business, anyway.

So, you’re not posting selfie after edited selfie to get a steady stream of likes and gushy comments. You don’t need them.

And you’ve got better things to do — like spending some quality time with your partner or just living life.

Because you’re so in tune with each other, and you feel each other’s highs and lows, your attention is bent on the other’s best interests as well as on what delights the other. You look for ways to speak the other’s love language, and it shows.

It doesn’t get exhausting, though, because it’s a mutual self-giving. You know when to let the other take care of you and when to switch roles. Both of you get all the TLC you need from each other.

6. Your presence together livens up any party.

It’s not a real party until you and your spouse/partner show up, and you feel it almost as soon as you enter the room. Those looks of relief and excitement on the faces of your friends say it all.

You don’t take that to mean that others in attendance are less important. But you both have a way of elevating the overall tone of the atmosphere — especially when you’re together.

It’s as though every time your friends and family see that things between you are still good, the collective relief and its resulting emotional high lifts everyone’s spirits.

7. Friends and family are rooting for you both.

Your friends and family seem personally invested in making sure your relationship stays strong and grows even stronger.

They might even have a ship name for the two of you, and they greet you with this ship name as a term of endearment as well as an expression of their confidence in the enduring nature of your relationship.

This is not something to take for granted. You’ve probably either been in or witnessed a relationship where, for whatever reason, the family or friends of one person didn’t accept the other. They might have actually worked to separate the two.

If your family and friends look upon your relationship as proof that love can conquer all, you have a rare gift.

8. You make big decisions together.

You’re both fully capable of making decisions on your own, but when it comes to decisions that affect you both, you tackle them as a team.

You discuss your options, listen to each other’s ideas and concerns, and come to a decision that suits you both.

After all, you both have to live with the consequences of those decisions. And neither of you want to ever feel that a choice you made — without conferring with your spouse/partner — has made life harder for him or her.

If you’re both responsible for an ill-advised decision, you can bear the fallout together.

9. You trust each other enough not to be jealous.

You’re secure enough in your relationship that you don’t let it bother you when your spouse/partner has admirers, attractive coworkers, or friendly exes.

You trust that you’re the only one your spouse/partner looks at “in that way.” What you have together goes deeper than great looks and sparkling conversation.

You’re each other’s “only one,” so why would you sweat the fact that, yes, there are other attractive people on the planet and some of them find your beloved attractive, too? Without this trust, you wouldn’t be a power couple.

Related: 9 Of The Best Communication Exercises For Couples

If you see the above signs in your relationship, congratulations! You’re the kind of couple other couples want to be when they grow up.

But being part of a power couple now doesn’t guarantee you’ll be together forever. You still have to work at keeping your relationship healthy and strong. Your celebrity status as a couple doesn’t make you invulnerable to the challenges other couples face.

You might be less likely to break up than some couples you know, but when it comes to power coupledom (as with any coupledom), it takes two to be unbreakable.

In other words, it’s still one day at a time. Even power couples don’t get away with slacking off.

So, treasure what you have. Remember each other’s love language every day. Do thoughtful little things for each other. And keep the lines of communication open.

If you’ve cultivated a power couple relationship, you’re both all in. Make the most of it.

And may your love, honesty, and compassion influence everything you do today.