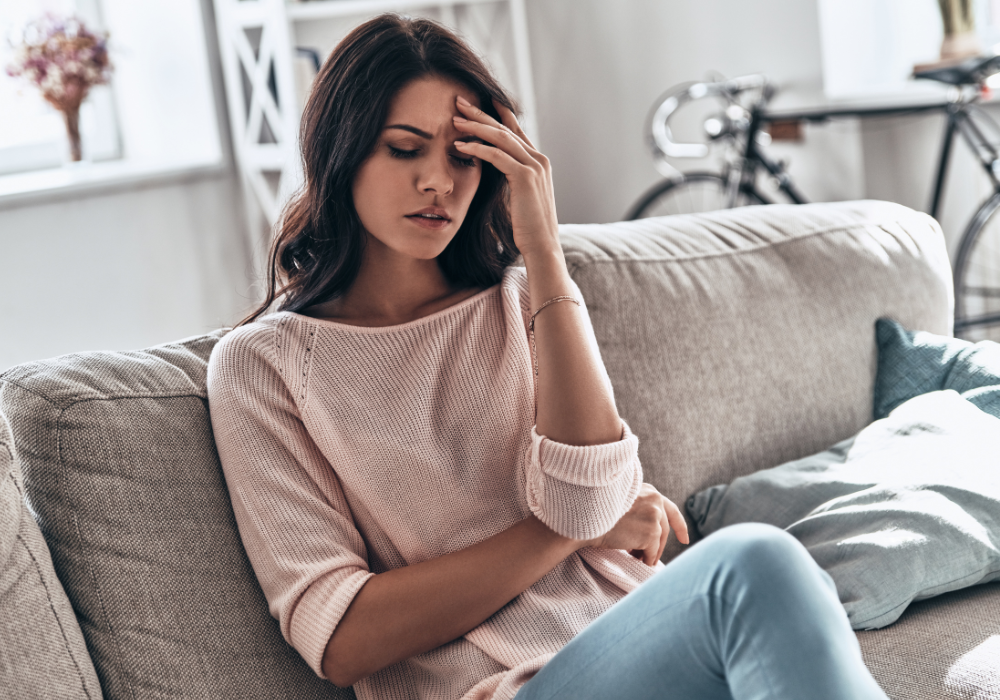 You know you didn’t do anything wrong — yet you feel guilty.

Have you found yourself in this position?

To help you figure out why this happens and what to do about it, in this post, we’re breaking down the ins and outs of feeling guilty when you have done nothing wrong.

Why Do I Feel Guilt for Something I Didn’t Do?

Are you wondering: “Why do I always feel I did something wrong?” Several factors could be in play.

Are you conflict-avoidant? Do you run in the opposite direction when confrontation rears its ugly head?

Many folks in this category often absorb the emotions of the people they’re arguing with. A psychologist could explain the specifics, but suffice it to say that the act of arguing, for whatever reason, triggers feelings of guilt.

For example, let’s say you and a friend argued one day and didn’t resolve the issue. The next day, they’re seriously hurt in a car accident, and you were never able to make up.

Going through such a traumatic event may cause you to develop an issue around conflict, and you may forever associate “guilt” with confrontation.

Many people — especially women — are raised to be “people pleasers.” Instead of considering their feelings, emotions, and realities, they’re taught to prioritize everyone else.

Unfortunately, people pleasers tend to feel guilty when they’re not praised by those they’re trying to please.

You Have “Negative” Brain Grooves

Suppose you find yourself dwelling on the past, playing the same old bad memories in your head, or trying to find something to feel guilty about.

In those cases, your neural pathways may be set to “negative,” thanks to a phenomenon called neuroplasticity.

It’s a complicated scientific concept. But in layman’s terms, it means the ability for your brain to change. Sometimes, the change is good. But if you’re always thinking negative thoughts, those neural pathways are strengthened.

The good news is that you can turn this around with a bit of cognitive behavioral therapy and mindfulness work.

You Have Low Self-Confidence

Low self-confidence is like an addictive drug; it messes up your brain chemistry and distorts reality.

As such, individuals with low self-esteem frequently cast themselves as the party at fault.

You understand why you may be feeling guilty at inappropriate times. Now, let’s explore how to cut yourself a break and change this behavior.

These days, going to therapy is commonplace, so it’s easy to forget that just 15 years ago, mental health was still very much a taboo subject.

Thankfully, therapy is now mainstream, and it’s never been easier to connect with psychologists, psychiatrists, and coaches who can help you navigate aspects of your life.

Still, many people remain blind to their own triggers. Not only were they never taught to nurture their mental health, but they may have been encouraged to bury their emotions at all costs.

If this sounds like you, step one is figuring out why you feel guilty. Is it rational or rooted in a ridiculous cultural remnant of a time long past? Next, think about whether it’s a pattern. Do the same types of things trigger you? Why do you think that is?

Once you pinpoint why particular things make you feel certain ways, you’ll be better able to regulate your reactions when faced with those issues.

No matter how much we want to “save” destructive loved ones from themselves, sometimes, humans cannot be a force for change among people who don’t recognize their faults and flaws.

If your guilty feelings are linked to people who can’t see their shortcomings, learning to accept your limitations to influence them can be a huge help.

Once you acknowledge that you cannot change people and recognize that it’s the other person’s problem, not yours, self-guilt will dissipate – or at least diminish.

3. Spend Less Time With People Who Make You Feel Bad

Is one particular person making you feel like poop? Have you tried to talk to them about the situation to no avail?

There’s a saying that people land in our lives for a reason and a season. And perhaps that time has come to an end with the person making you feel guilty.

Think about the relationship in question. Is it worth fixing? If so, try. Otherwise, simply stop spending time with folks who make you feel terrible. Life’s too short — or long — depending on how you view it.

But there’s a caveat. Namely, make sure you’re not the problematic denominator. Are you the one lugging around a full complement of baggage — stuffed with unaddressed trauma and blind spots?

Those who haven’t learned self-awareness often blame others instead of acknowledging their issues and working on them.

As hard as it may be to admit you’re one of these people, it’s worth it. If you do the work, you’ll emerge as an emotional superhero.

Otherwise, you’ll spend your life banishing good people when, in fact, you’re the one who could stand to make a few behavioral tweaks.

You should never feel guilty about things out of your control. That’s a given. But you can change how you react to people trying to make you feel that way, which diminishes the mental stress.

Mindfulness is the art of living in the present. Incorporating the tools and tactics into your daily routine can significantly change how you see and interact with the world.

Fundamentally, humans are built to judge. After all, we’re fueled by a survival instinct. But judgment can get out of hand and become more of a hindrance than a help.

When dealing with judgment overload, it’s common to start feeling anxious and guilty. Not only will you be more critical of other people, but also yourself.

Learning to break free from the prison of excessive judgment is difficult and takes time. But sticking with it renders significant mental rewards, including a marked decrease in guilt.

Are You Being Taken For Granted In Your Relationship? 17 Ways To Put A Stop To It

The Only List You’ll Need Of 311 Likes And Dislikes

99 Of The Best Quotes About Having Regrets

Conveniently, a symptom of self-care is mental clarity. And when you have that, you can better separate what truly matters and what doesn’t.

7. Have a Talk With the Person

Every single person on this planet is complicated — present company included. Humans are also much less self-aware than we like to think, and we misinterpret people’s true feelings over half the time.

To what does this all amount? A metric ton of miscommunication.

As such, attempting to work things out is always wise — especially if the person in question is a close friend or family member.

Most people are unaware when they’re making someone feel crappy, and a simple conversation can immediately resolve the problem.

8. Eat Well and Get Moving

You’ve heard it a million times because it works: Eating well and daily movement keeps a mind and body happy and healthy. Go ahead. Roll your eyes. You’re definitely not alone.

But once you’re done, do yourself a favor and give it a shot. Do a 30- or 60-day self-challenge wherein you eat at least three healthy things a day and exercise for at least 30 minutes five times a week.

The first week will be hard, but once day eight rolls around, slowly but surely, you’ll begin to feel (and see) the benefits.

How does eating well and exercising relate to inappropriate guilt? People who feel their best enjoy more self-confidence.

And folks with healthy self-esteem are less likely to onboard other people’s baggage and less likely to feel shame or guilt when they haven’t done anything wrong.

Maybe you have done something wrong in the past, and that’s why certain things make you feel guilty at inappropriate times. Perhaps you’ve learned a lesson, yet continue to carry around guilt about your past behavior.

It’s easier to forgive people we love than ourselves — especially if you cannot even face what you feel guilty about. But doing this challenging work will set you free and allow you to shed the shame you may still be lugging around.

We hope we’ve helped you answer the question: Why do I feel so guilty? Shedding this emotional burden is possible. Try the above tips; keep what works and discard the rest.

Keep at it, and in time, you’ll cease being a guilt sponge — and be a happier, healthier person for it!