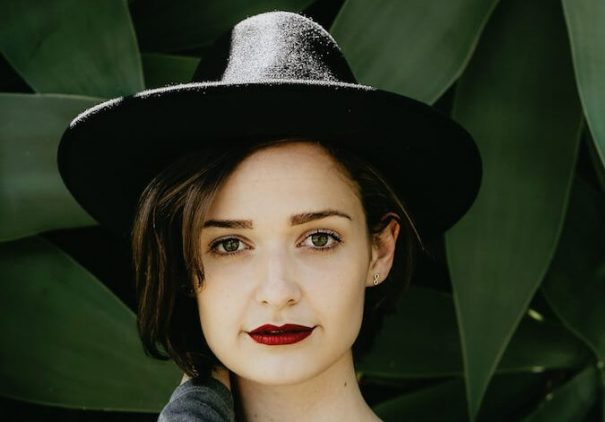 I’ll never forget a conversation I had with a demisexual friend years ago.

At the time, I didn’t know she was demisexual. I didn’t even know what a demisexual was.

But I did know that, unlike most of my other friends, she didn’t display obvious sexual attraction towards anyone of any gender.

Until she met John, that is.

I remember she wouldn’t stop talking about John.

She would go on and on about his amazing qualities — how smart and kind he was and how he looked so much like a Hollywood star. As she gushed, “He’s almost too perfect to be true.”

Of all the things she said, however, one stood out.

“You know,” I said, putting down my cup of coffee, “I noticed you keep describing John as a ‘good friend’ over and over.”

“Yes,” she replied thoughtfully, twirling a spoon into her coffee, “because we are good friends.”

I almost slammed my coffee cup on the table. “Are?”

I didn’t reply. I wanted to point out that “friends” and “lovers” aren’t the same thing, but I had a feeling she’d be offended.

She seemed to sense my discomfort, because she said, “Ah, I’m a demisexual, you see.”

Thankfully, I resisted the urge to say “What?” outright.

Instead, I got the conversation going with, “I’m not very familiar with the term ‘demisexual,’ to be honest. But I’d love to hear more about what it’s like from you!”

Fortunately for me, she chose not to be offended or at least to ignore my discomfort at her revelation. As our conversations about the subject deepened, this is what I gathered about being a demisexual.

What is a demisexual? Here are some of the signs:

According to Asexuality.org, demisexuals only feel sexual attraction towards people with whom they already have a strong emotional connection.

That emotional connection isn’t necessarily romantic; in fact, it’s more common for demisexuals to be attracted to their friends before anyone else.

Most of the time, however, demisexuals don’t feel sexual attraction — which is why they’re said to fall under the asexuality spectrum.

Here are some other signs you might be a demisexual:

1. You don’t put as much importance on sex as others do.

It’s not that you don’t like sex or think it’s wrong. It’s just that, for the most part, you don’t see the point of doing it.

Why get physically intimate with someone when you can simply share lively conversations with each other?

Why use someone else for your sexual pleasure, when you can please yourself on your own? And why do people talk like having sex is the pinnacle of existence?

These are some of the questions that bother you as a demisexual. You’re not sure how to explain not wanting sex to people who’ve wanted it for most of their adult lives.

Engaging in conversations about the subject makes you feel awkward and uncomfortable.

2. You are primarily attracted to someone’s personality, as opposed to their looks.

There are two types of attraction: primary and secondary. Primary attraction is what you feel for someone based on their looks and other qualities you can easily discern.

Secondary attraction, on the other hand, is based on someone’s personality and how well you connect with that person.

As a demisexual, you aren’t necessarily incapable of primary attraction.

On the contrary, you’ve had your fair share of crushes at first sight. Like many people, you appreciate the way an actor runs his hands through his hair or the way an actress tilts her mouth up when she laughs.

However, you don’t hit on random strangers just because you find them “hot.” In fact, you hardly use the word “hot” to describe people.

You are far more interested in what’s behind the pretty face. Chemistry for you is an intriguing personality.

3. You prefer to befriend, rather than flirt.

Since you’re more likely to be attracted to someone based on their secondary qualities, your romantic relationships usually start out as friendships.

After all, you already know your friends like the back of your hand. To you, the idea of dating people within hours — or even months — after meeting them is unthinkable.

Also, the word “flirting” is not in your vocabulary. You are not a flirter, and you wonder why other people do it. Often you’re oblivious to (and uncomfortable with) people who try to flirt with you.

You’d rather that lovers get to know you first before they begin acting flirtatious and romantic.

4. When you are sexually attracted to someone, you’re either confused or single-minded.

Because you don’t feel sexual attraction very often, you struggle when you do feel it.

When you get a strange, fluttery feeling around someone, it confuses you.

How do you act on the feeling? Is it okay to have sex with a special someone, even if you two are already good friends?

How do you even start with sexual intercourse? Do you need to have sex in the first place?

Why not just show someone how much you love them based on what you do for them every day, rather than focusing on how skilled you are in the bedroom?

Once you realize you’re in love, you also realize one other thing: you can’t imagine being in love with anyone else other than that person.

If you’re being honest with yourself, that’s more terrifying than anything else you’ve ever experienced in your life.

Most people think you’re demisexual by choice. They think you’re old-fashioned and want to wait until marriage before having sex.

You’re often teased and told things like, “It’s the 21st century for goodness sake. You don’t have to wait for a marriage license.”

In reality, you just don’t feel compelled to seek out “the one” in the first place.

You’re also fully aware of the fact that anyone can sleep with anyone else, regardless of gender, religion, or marital status.

Still that doesn’t change the fact that you just can’t turn on sexual attraction like a switch, no matter how much everyone else thinks you should.

You are not alone as a demisexual. There are others like you who understand wanting a deeper emotional connection before getting sexually involved with someone.

Remember that regardless of your sexuality, you deserve to have love, care, and understanding — not only from others but also from yourself.

Are you a demisexual, or know someone who is? How do you feel about it? Share your thoughts with us in the comments. 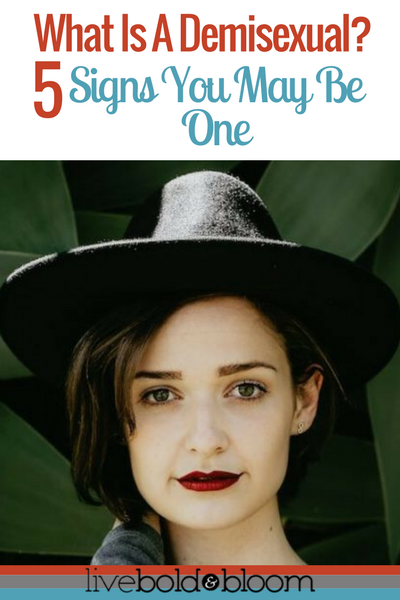 10 thoughts on “What Is A Demisexual? 5 Signs You May Be One”