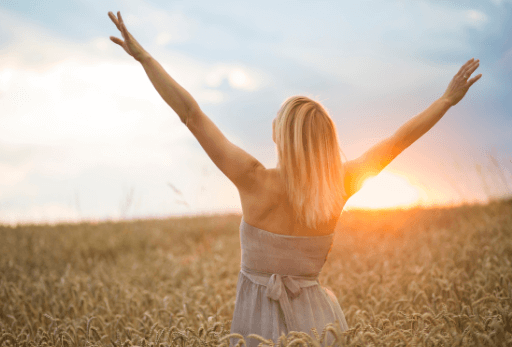 Have you ever contemplated how it all came to be — the meaning of life, human existence, nature itself?

Some of the greatest minds in human history have spent their lifetimes contemplating these life’s questions.

That’s how philosophy came to be.

While no book will give you complete answers to all of these questions, we have compiled a list of the best philosophy books written by some of the world’s greatest thinkers.

These books just may give you the clues you need to continue your philosophical journey.

If we were to go give a textbook definition, we could say that “philosophy is the study of general and fundamental questions about existence, knowledge, values, reason, mind, and language.”

In reality, philosophy can’t be defined in a single sentence.

While it’s true that this ancient discipline examines all of these topics, philosophy can’t be confined to simple terms and easy answers.

Philosophy encompasses all life’s meaning and existential questions as we seek to understand fundamental truths about ourselves, the world around us, and the nature of being.

It involves various areas of study including metaphysics (the study of the nature of reality), epistemology (the study of knowledge), ethics (what is good and right), and logic (the nature and structure of arguments).

How to Choose the Best Philosophy Book?

Short answer? There is no best philosophy book.

All these books are unique and considered masterpieces on their own.

With such a broad range of topics, it’s not possible to simply pick out one book in the sea of others and claim it’s the best one written so far.

You may be compelled to start at the very beginning with ancient philosophers like Plato and Aristotle.

Or you could choose a different path with more modern writers like Nietzsche and Hume. Whatever direction you choose, you won’t be making a mistake,

Ask yourself some of the following questions:

Once you have your answers, you may find one of these books to be the most suitable to start with.

12 of the Best Philosophy Books

Nigel Warburton takes us on a brief journey around the world of philosophy by introducing 40 biographies of some of the greatest thinkers in Western philosophy.

He guides us chronologically through the lives, theories, ideas and questions of Socrates and Seneca, as well as Immanuel Kant and Schopenhauer (and others) to offer a phenomenal overview of the world and its inexplicable questions.

The book is a great starting point for those at the very start of their philosophical journey, but also for more experienced minds who can refresh their memories about some of the unique positions of the best philosophers known today.

2. Beyond Good and Evil – Friedrich Nietzsche

Published in 1886, Beyond Good and Evil is a book written by one of the most eccentric philosophers who ever lived — Friedrich Nietzsche.

In this exquisite work, Nietzsche takes a more analytical approach by disapproving of some of the theories and ideas of renowned philosophers.

The book’s focus is set mainly on humanity and its nature, virtues, and the never-ending battle between good and evil.

Beyond Good and Evil is a work about morality closely relating to his previous book, Thus Spoke Zarathustra, in which he relates the concept of eternal recurrence.

Known as one of the most influential people of the 20th century, Bertrand Russel was not a philosopher.

He was a writer, a mathematician and a sexual reformer among other things.

His work, A History of Western Philosophy, is a detailed analysis of Western philosophy and how it shaped human society.

He explores ideologies and views from the rise of the Greek civilization to more modern philosophers like Hegel, Spinoza, and Hobbes.

The book is regarded as one of the most important works ever written on the history of Western philosophy.

It makes for a splendid read, especially for those who appreciate a comprehensive approach.

Intuitive, intelligent and profound, the Critique of Pure Reason is a pure work of art.

Immanuel Kant is known by many as the father of modern philosophy and his doctrine was one of transcendental idealism.

In this masterpiece, Kant explores the topics surrounding metaphysics and expands on the ideas of time and space.

The book is the first of three, with Critique of Practical Reason and Critique of Judgement following closely.

Critique of Pure Reason is regarded as one of the most influential books about reason, knowledge, and metaphysics in general and is definitely not something you’d pick up for just light reading.

You may have heard of Aldous Huxley as the author of some famous books like Brave New World and Island.

However, this English writer is not only known for his dystopian novels; he was a great philosopher as well.

His work, The Perennial Philosophy, puts the spotlight on theology and mysticism and incorporates everything from Buddhism and Taoism to Christianity and Islam.

It contains quotes, sayings, and beliefs of famous prophets and mystics from all around the world with brief personal commentaries on the topics.

Many people believe that Confucius himself shaped human history with his works and ideas.

The ancient Chinese philosopher has had a great impact on Chinese traditions and beliefs that are still commonly represented today.

The Analects are a collection of sayings and ideas of this wise man and is one of the most important books in Chinese history.

His ideas revolve around virtue, ethics and moral philosophy among other things.

What drives human nature? Reason? Passion? Or something entirely different?

In his work, A Treatise of Human Nature, David Hume takes us on a tour through human behavior by introducing the empirical methods for which he was known.

The book is considered one of his most important works and argues that inductive reasoning is driven by habits rather than reason.

It offers remarkable insights into the human mind led by one of Scotland’s most famous philosophers.

8. Being and Nothingness: An Essay on Phenomenological Ontology – Jean-Paul Sartre

“Existence Precedes Essence” is a proposition coined by Jean-Paul Sartre, one of the world’s most prominent philosophers.

This is also the central theme of his book, Being and Nothingness, where Sartre argues that existence is more fundamental than essence — something that many philosophers before have widely disputed.

Sartre delves deep into existentialism and maintains the focus on free will, consciousness, as well as self-deception — providing us with an exciting and entirely controversial view of human existence.

Those who’d prefer to explore philosophy from a completely different perspective should not miss Niccolo Machiavelli’s The Prince.

Said to be one of the first works of modern philosophy, The Prince gives us a thrilling overview of princedoms and people in positions of power.

The book has left a significant mark in history and is considered quite controversial, as Machiavelli often argues that to achieve glory, rulers are justified to commit certain immoral deeds.

Published in the 16th century, the political and philosophical themes of The Prince are still as significant and relevant as they were back in the day of its creation.

The existence of God and the human soul has been one of the most explored questions in the universe.

Rene Descartes introduces us to these complex and intriguing themes through six meditations in his renowned book, Meditations on First Philosophy.

The French philosopher deeply ponders the metaphysical system, writing about common themes such as doubt, human mind, body, and soul, God, truth, and falsehood, as well as the essence and human nature.

Widely read to this day, Meditations is certainly something to add to your reading list.

A devastating and truly remarkable story by an Austrian psychiatrist and Holocaust survivor, Viktor E. Frankl, is a tale of suffering, grief and ultimately hope.

Man’s Search for Meaning follows the day-to-day life of the author as a prisoner in the Nazi concentration camps during World War II.

The book can be divided into two parts — the first focusing on his experience in the camps and the second introducing logotherapy, a concept that helped Frankl find meaning and survive the horrid conditions of the camps.

Frankl explains that suffering is inevitable, but it’s how we approach and cope with it is what gives our lives meaning.

12. The Book: On the Taboo Against Knowing Who You Are – Alan Watts

Are we one with the universe or are we conspiring against it?

Alan Watts, a British philosopher utilizes themes from both Westerns and Eastern philosophy to cover topics regarding personal identity, higher consciousness, and existence itself.

In The Book, Watts tackles one of the biggest questions known to man — who or what are we?

He argues that people have disconnected from the roots of the universe and have grown to become hostile to the world around them.

Have you found a philosophy book that sparks your interest?

Since the books on this list cover so many different themes and topics about philosophy, it would be impossible and quite unfair to single out just one as the best one out there.

However, we find that Viktor E. Frankl’s Man’s Search for Meaning has had a great impact on generations of readers, even those who aren’t necessarily philosophically-oriented.

This book should definitely be added to your reading list, regardless of whether you’re looking for material on history, existence, life, meaning or quite simply — a story with a thrilling plotline.