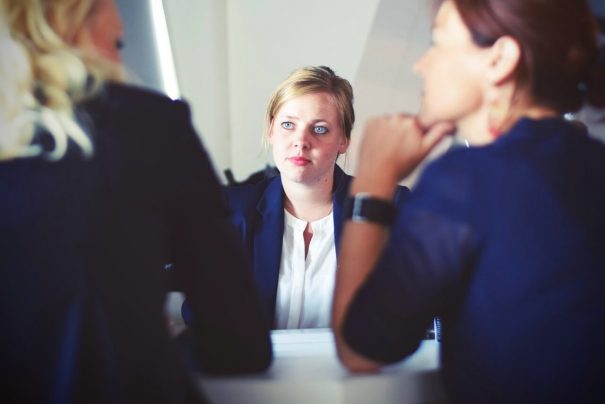 I certainly don’t. But over time, I've learned how valuable criticism can be.

When I was in my twenties and working in public relations, I sent a letter to a magazine editor suggesting a story idea related to one of my clients.

I received a stinging reply from the editor's assistant, someone about my same age. He had sent my letter back, marked up like a high school term paper, criticizing my writing and pointing out grammatical errors.

But after my internal tirade, I burst into tears. As painful as it was to admit it, the positive criticism was accurate — I had made mistakes in the letter. I could have done better.

Although the delivery of his critique was sorely lacking, the editor's assistant taught me two powerful lessons with his comments: first, proofread everything before sending it, and second, don't ignore constructive feedback just because it stings. It might actually help you.

The lesson the assistant could have (or should have) learned was how to give constructive criticism in a way that doesn't leave the other person reeling. That's a skill that can win you a lot of respect and good will in your professional and personal life.

Most of us tend to get defensive and hurt when we're criticized, whether or not the criticism is warranted.

We get thoughts like: “What right do you have to say that? Are you so perfect that you’re above criticism? I bet you’ve made more mistakes than I have.”

Even if the critic means well, being the recipient of negative constructive feedback isn’t easy on the ego. But if the criticism is thoughtless or intentionally harsh, it can send some people into dark and painful place.

Everyone has a sense of their own importance. We all need to be validated and to feel like our efforts and actions are valued.

Negative criticism can feel like an invalidation of your very existence and humanity. Offered mindlessly, it can make you question yourself and your essential worthiness.

Knowing how painful criticism can be, you would think we would just avoid criticizing other people. Who wants to inflict pain or cause someone to question their own self-worth?

But of course, it's not realistic to avoid criticizing others altogether. Plenty of circumstances warrant criticism, and sometimes it is even ethically imperative that you offer it.

Like when your son parties all night instead of doing his homework. Or your friend shows up late every time you meet for a coffee date. Or your employee does something that can cost your business thousands or millions of dollars.

It’s not a question of whether or not you should criticize.

It’s a question of how to give constructive criticism.

It's essential to communicate your feedback in a way that the recipient doesn't feel personally attacked.

You also want the recipient to feel good enough about your comments to take the appropriate action. A poorly delivered critique can totally backfire on you.

And hopefully, the recipient will feel grateful to you for the helpful feedback and learn something along the way.

Understanding how to give criticism in a way that is productive and positive can ensure you get what you need from another person without leaving them bruised and battered in the process.

1. Make sure your timing is right.

Aside from what you say, when you say it also matters.

The recipient should be in the right mindset to receive criticism. If he or she seems angry or distressed, your criticism will not only upset them further but also it will make them more likely to reject your constructive feedback. 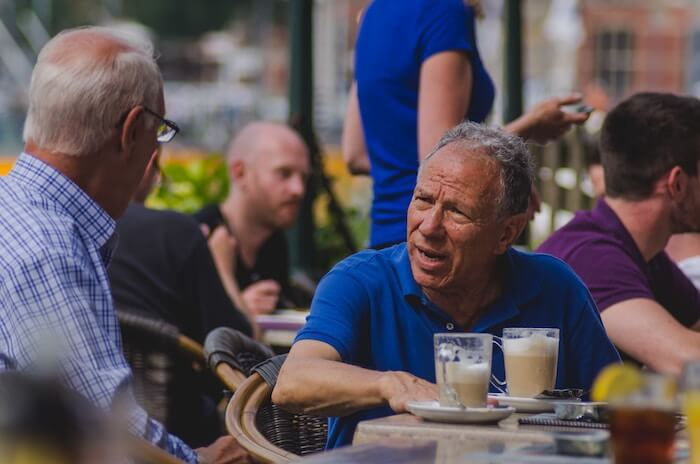 On the flip side, you don’t want to criticize someone in the middle of a celebration or happy occasion. The last thing you want is to be that person who bursts bubbles and rains on parades.

If possible, wait until the person is in a neutral mood. Ask to speak with them in a private place, saying something like, “Excuse me, may I have a word?” Make sure there are no distractions or potential interruptions, and then proceed to the next step.

2. Start with a positive statement.

It’s tempting to launch straight to the point, especially when you’re pressed for time, or if you’re the type who doesn’t mince words.

But if you want the other person to take your feedback to heart, then you have to show them that their negative points aren’t the only thing you notice.

For example, if your employee is usually competent but happened to make a serious mistake this one time, start off with something like, “I know how much effort you put into every project,” or, “I know how much this project means to you, considering the high quality of your work in the past.”

Make sure your compliments are sincere and true. Avoid unnecessary flattery to soften the blow. Also, steer clear of manipulative statements such as, “I know you like receiving feedback.” (Does anyone like negative feedback?)

The other person will think you’re being condescending and won’t take your constructive criticism seriously.

3. Focus on the problem, not the person.

No one likes to feel personally attacked. Even when a person does something wrong, they don’t want to own up to the fact without some resistance.

If you’re going to talk about someone’s mistake, you need to put a psychological distance between the mistake and the person who committed it.

By using “I” pronouns to preface negative statements, being matter-of-fact, and avoiding insinuations about the person’s intelligence or competence, you can help them become aware of their mistake without alienating them.

In personal situations, you might start with the statement, “I feel.” For example, with the friend who is always late, you might say, “I feel disrespected when you don't show up on time for our coffee dates.”

This takes the focus off of them being the “bad guy,” and allows them to understand how their behavior impacts another person.

When someone gives you orders or instructions on how to do something, how does it make you feel?

You feel like an ignorant child being talked down to, right? 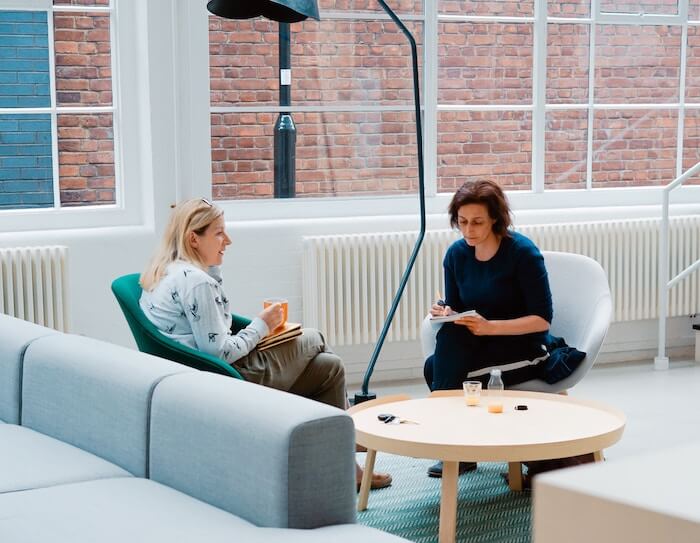 So when you want to let someone know how to do better next time, it’s important to come across as helpful rather than patronizing.

When offering suggestions, use positive language, like, “You can do this,” instead of, “You shouldn’t do this.”

Explain the benefits of your suggestion, like, “If we use a slightly darker color for the pie chart, the presentation will be easier on the eyes.”

Ask questions to gently nudge the person into coming up with a solution of their own. “Given the situation, do you have any ideas about what to do?”

5. Close with another positive statement.

Even if you’re careful about how you phrase your constructive criticism, the person may still be reeling from what you just dropped on them.

To soften the blow, sandwich the negative between two positives by reiterating the positive things you said earlier.

Show confidence in their abilities by saying something like, “I know you can do this. I believe in you.”

Let them know you have their back — “If you need anything, I'm happy to help you.”

Don’t forget to reinforce your words with positive body language, like a smile on your face or a reassuring touch. That further shows the recipient that every word you said was sincere.

Of course, you want to know how the other person took your feedback and acted on it. If the person responded the way you intended, that’s good.

If not, use your judgment to decide the next course of action. You can reiterate your feedback in stronger, more direct language. You can ask someone else to talk to the person on your behalf. Or you can choose not to do anything at all.

It’s possible that no matter how carefully you delivered your constructive criticism, the person will still think badly of you.

If you’ve already exhausted all reasonable options, and the person insists on being upset and not taking responsibility for the mistake, then consider letting it go.

This may not be possible in a professional situation. But in your personal life, you might not want to waste time trying to change someone who doesn’t want to change.

You never know — sometimes people resist at first, only to let your words sink in over time.

When you give constructive criticism, how you deliver it is just as important as why.

Put yourself in the other person’s shoes, and think about how you’d want to receive the feedback you’re about to offer.

When you have compassion and empathy for the other person, it helps you grow as well.

Did you find these tips helpful on how to give constructive criticism? 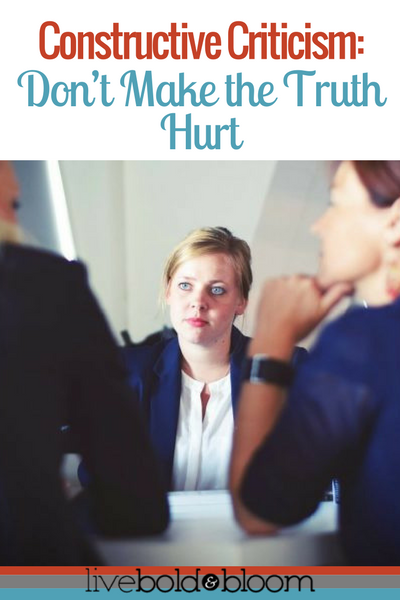