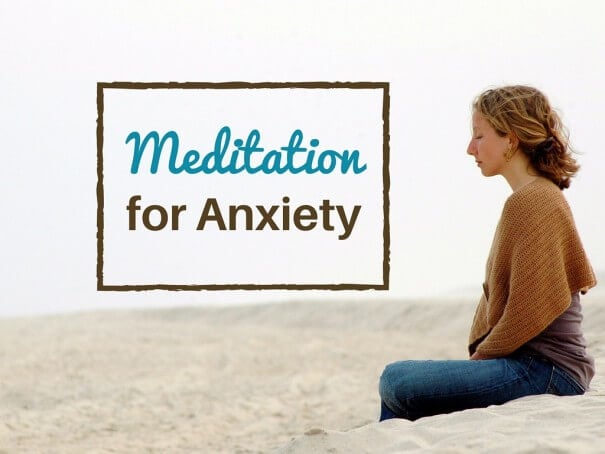 He was sitting at the news desk on ABC’s Good Morning America, waiting for Diane Sawyer to wind up her segment before she cued him to begin reporting the morning’s top stories.

He’d done this hundreds of times. As a polished, successful national news anchor and correspondent, he didn’t give this particular morning’s reporting duties a second thought. Until Diane said, “And now to Dan Harris for today’s top stories.”

As soon as he started talking, his heart began to race. His mouth became a desert, his palms were sweating, and his lungs seized up so he couldn’t talk. He felt a tremendous sense of dread and fear. Before he could finish half the stories of the morning, he bolted and hastily turned it back over to Diane.

Dan Harris, a respected national news anchor, had just experienced a full-blown panic attack on live television in front of millions of people.

This was the beginning of a journey for Dan, kickstarted by an assignment as religion and spirituality correspondent for ABC, to discover how to become about 10% happier through the practice of mindfulness meditation.

I recently interviewed Dan about his book by the same name, 10% Happier: How I Tamed the Voice in My Head, Reduced Stress Without Losing My Edge, and Found Self-Help That Actually Works–A True Story.

In the book, he tells the story of his now infamous on-air panic attack, which he discusses in a lot more detail and humor than I provide here.

He also talks about the pressures and demands of working for a national news organization and how his drive to succeed, coupled with some harrowing assignments in Afghanistan and a few too many dates with cocaine, caused him enough mental turbulence to fall apart on live TV.

Dan’s assignment as the religion correspondent, something this avowed atheist fought kicking and screaming, led him to huge shift he never anticipated.

As part of the job, Dan interviewed Eckhart Tolle and Deepak Chopra, whose philosophies sparked Dan’s interest in mindfulness, but also some reticence. It wasn’t until his wife gave him a book by Dr. Mark Espstein, a Buddhist psychologist, that Dan really grasped the power of meditation in everyday life. 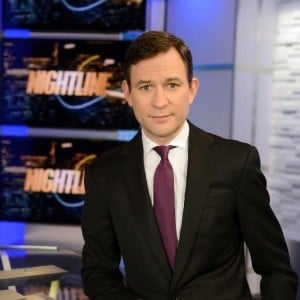 Since then, Dan Harris has fully embraced meditation to help him calm the chatter in his head, reduce anxiety and stress, improve his focus, and live more in the present. He’s even created his own meditation app which I tested out and find highly useful, especially for those new to meditation.

It’s a two-week simple meditation program with Dan and one of the greatest American meditation teachers, Joseph Goldstein. You can download it on your phone or computer, and every day for two weeks, you’ll get a new lesson delivered to you.

As Dan points out in his book and app, it’s the “voice in your head” — that constant chatter of incessant thoughts — that creates stress and anxiety in our lives. The more we are trapped in looping thoughts about the past or future, the less happy we are.

Anxiety is simply a response to anticipated outcomes as a result of fixed mental habits. Meditation can help you break those habits.

Here are 4 ways meditation can help you reduce anxiety and increase feelings of well-being and happiness:

A regular meditation practice gives you the ability to manage your anxious and stressed emotions.

Says Fadel Zeidan, Ph.D., postdoctoral research fellow in neurobiology and anatomy at Wake Forest Baptist and lead author of a 2013 study on meditation, “Although we’ve known that meditation can reduce anxiety, we hadn’t identified the specific brain mechanisms involved in relieving anxiety in healthy individuals. In this study, we were able to see which areas of the brain were activated and which were deactivated during meditation-related anxiety relief.”

Brain imaging revealed how anxiety relief with meditation was associated with activation of the anterior cingulate cortex, ventromedial prefrontal cortex, and anterior insula.

These are the areas of the brain involved with executive function and the control of worrying. Meditation activated these regions clearly providing anxiety relief to study participants.

Anxiety is often triggered by your racing thoughts that you can’t control. Meditation can interrupt this trigger by quieting your overactive mind.

Rather than attaching to your fearful thoughts, you can focus on the silence that exists between every mental action. You begin to recognize you’re not simply your thoughts and feelings, and you can detach yourself from them to rest in your own being.

With regular practice, you’ll get better and better at resting in the silence. You’ll begin to notice an ability to quiet your mind during non-meditation time as well. And you’ll calm yourself more quickly when you do feel stressed.

Whether you’re simply a worrier, coping with an anxiety disorder, experiencing depression, or dealing with anxiety-producing illness like cancer, meditation helps to reduce anxious feelings by changing the brain.

Researchers from Harvard University found that mindfulness can physically reduce the number of neurons in the fear-triggering part of our brains.

“I see meditation almost as a requirement in any therapeutic regimen for cancer treatment, especially for patients who want a holistic approach to managing illness,” said Patricia Arcari, co-director of Dana-Farber’s Leonard P. Zakim Center for Integrative Therapies in an article for Boston.com. “I think meditation gives them more of a sense of calm, knowing that they have some tools to handle this difficult period in their lives,” she said. “In the midst of suffering, they can find some balance.”

Another study reviewed 47 clinical trials with over 3500 participants who had mild anxiety or depression. The study found that those who took mindfulness meditation classes experienced improvement in their mood after eight weeks. The improvement was similar to the effect seen with prescription medications.

As you develop your meditation practice, you’ll see how it calms you enough so you can look at stressful situations more rationally.You don’t have as many knee-jerk reactions or the overwhelming anxiety that prevents you from making positive choices and sound decisions.

Situations that once felt overwhelming and anxiety-producing don’t bother you as much. As you focus more on the present moment, you aren’t mentally drawn to past regrets or future worries. You begin to see your mind for what it is and recognize that your thoughts aren’t you.

This self-awareness helps you put your life in perspective and detach from identifying too closely with circumstances that once caused you discomfort and stress. You can view them more dispassionately.

As Dan Harris says in 10% Happier, “Make the present moment your friend rather than your enemy. Because many people live habitually as if the present moment were an obstacle that they need to overcome in order to get to the next moment. And imagine living your whole life like that, where always this moment is never quite right, not good enough because you need to get to the next one. That is continuous stress.”

If you’d like to begin a meditation practice, start with these simple steps:

1. Sit on the floor or in a chair with your back straight and your eyes closed.

2. Begin to notice each breath, following it as you inhale and exhale.

3. Keep your attention focused on your breath.

4. If your mind wanders or you get distracted, simply return your focus to your breathing.

5. Return your focus as many times as necessary (which will be a lot in the beginning).

6. Start with just 5 minutes at first and increase your time slowly.

3 thoughts on “Meditation For Anxiety: 4 Ways The Practice Makes You 10% Happier”