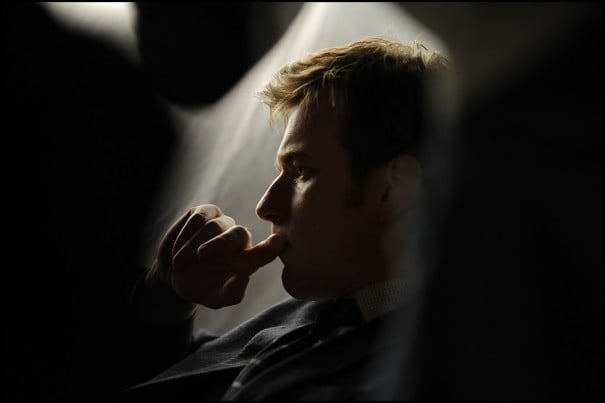 “In a gentle way, you can shake the world.” ~Mahatma Gandhi

Just over a year ago, I heard author Susan Cain speak at the World Domination Summit in Portland, Oregon.

She had recently published her book, Quiet: The Power of Introverts in a World That Can’t Stop Talking

, and was discussing how introverts operate in a world that favors extroversion and why the internally-driven should be more highly-valued in society and the workplace.

Being one of these introverted people myself, I sat on the edge of my seat, riveted by the information she was sharing. I’d previously worked in public relations for 20+ years, and I knew what it felt like to pretend I was extroverted in an industry that favored outgoing, charismatic people.

I’d regularly experienced the energy it took to put myself out there in front of a group, to compete for an editor’s attention and interest, or to serve as the smiling spokesperson for an organization.

What I loved about my former public relations career wasn’t hobnobbing with high-profile people, reporters, or celebrities. It wasn’t talking on camera or making speeches.

Yes I did plenty of those things, but they made me weary and unsettled. What I really loved was researching and writing the press releases and speeches, collaborating with my peers in small meetings, and brainstorming new ways to promote a product or make some other extroverted personality shine in the spotlight.

During the early years of my PR career, I couldn’t identify why exactly I felt so uncomfortable with the “public” aspect of public relations. I just pushed through, knowing what was expected of me and observing how my extroverted peers were scrambling and competing for the spotlight. So I followed along.

It seems a lot of introverts do that — they fake extroversion.

They fake it because our society tends to reward extroversion and even suggest that introverts are not quite right in the head, they are shy or lacking self-c0nfidence. I love what Susan Cain says about our cultural attitudes  in answer to the question posed on an Amazon interview about why she wrote her book:

For the same reason that Betty Friedan published The Feminine Mystique in 1963. Introverts are to extroverts what women were to men at that time–second-class citizens with gigantic amounts of untapped talent. Our schools, workplaces, and religious institutions are designed for extroverts, and many introverts believe that there is something wrong with them and that they should try to “pass” as extroverts. The bias against introversion leads to a colossal waste of talent, energy, and, ultimately, happiness.

Thanks to Susan Cain and others who are writing and talking about the power of introverts, the tide may be turning. A new view is emerging that’s no longer associated with the shy, reclusive loner who is too meek to stand up for himself or to reach for the golden ring. 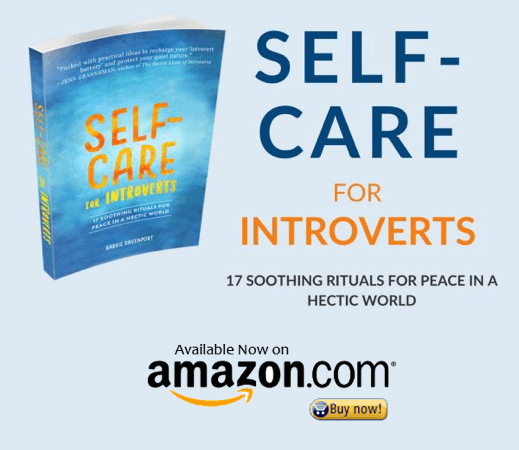 According to new research, it appears introverts possess qualities and strengths that are powerful and world-changing. Before I tell you why introverts might rule the world one day, let’s make sure we understand more about them.

The two traits are generally viewed as a continuum, whereby individuals can possess qualities of both, with one being more dominant than the other. Even extremes of both traits do not always act according to their type, as I experienced personally in my former career.

Introverts are focused more on internal thoughts, feelings and moods rather than seeking out external stimulation. Unlike extraverts who are energized by social interactions, introverts expend energy in social situations and can feel drained after spending time in a large group of people. They often need to “recharge” by spending a period of time alone.

Will introverts rule the world?

Of course extroverts have many world-changing, positive qualities. Charisma, strong leadership skills, and a competitive spirit are qualities that have dominated our culture for the last hundred years or so.

Says Susan Cain, “Western society is based on Greco-Roman ideals of the person that can speak well, a rhetorical ideal. We have always been to some extent a society that favors action over contemplation. But this really reached a pitch when we moved from an agricultural society into the world of big business.”

Western culture transformed from a “culture of character” to a “culture of personality,” according to Cain, in which extroversion dominates and introversion is viewed as inferior or even pathological.

Recent research reveals that today’s workplace may be more suited to introverted, quiet leaders. Ray Williams, writing for Psychology Today, suggests, “The workplace is populated by increasing numbers of intelligent, knowledge workers, frequently in self-managing teams, particularly those of Generation Y. Many of these workers don’t see themselves as passive employees waiting for orders nor do they want to be controlled by an egocentric extroverted leader.”

Recent research by Francesca Gino of Harvard University and David Hoffman of the University of North Carolina, reveals introverted and extroverted leadership styles can be equally effective, but with different kinds of employees.

In his book, Quiet Leadership: Six Steps to Transforming Performance at Work

But even more interesting is the rise in entrepreneurship and how this might be favoring introverts.

“Our 2011 report on entrepreneurship in America shows that Americans are turning to business ownership in ever increasing numbers,” said Baruch College professor Edward Rogoff. “The number of Americans who are still actively in the workforce and are pursuing their own businesses has grown by 40 percent over the last two years. Today, more than one American in eight can be called entrepreneurs. There is simply no doubt that the future of the American economy resides with entrepreneurship.”

And entrepreneurship might be the perfect environment for introverted leaders. There’s a growing movement which not only argues being an introvert shouldn’t impede success, but also also that it benefits your business and your entrepreneurial aspirations.

Says leadership expert Lisa Petrilli, “I think introverts excel at creating and setting a vision for their company or product. Many people assume that the majority of CEOs – because they are the figureheads of their companies – are extroverts. In my experience, that has not been the case. Introverts – like a lot of entrepreneurs – tend to be creatively minded people who work well in innovative environments that allow them to dream up fantastic products and features. Early on, those people are great leaders because they’re comfortable communicating that vision to their small teams.”

Some of the most successful, wealthiest entrepreneurs — like Warren Buffett, Bill Gates, and Google CEO Larry Page — are introverts and built their businesses using the introvert’s most highly-valued skills — deep thinking, introspection, active listening, and quiet confidence.

As the world becomes more and more technologically-oriented, globally connected, and entrepreneurial, introverts will experience a new level of respect and influence. As science journalist Winifred Gallagher reminds, “The glory of the disposition that stops to consider stimuli rather than rushing to engage with them is its long association with intellectual and artistic achievement. Neither E=mc2 nor Paradise Lost was dashed off by a party animal.”

Of course the best scenario is one in which the party animals and the quiet thinkers of the world  respect the strengths and talents each bring to the table and work side by side toward common goals and achievements. The more freedom introverts have to contemplate solutions and ideas, the more opportunities will be available for extroverts to implement them.